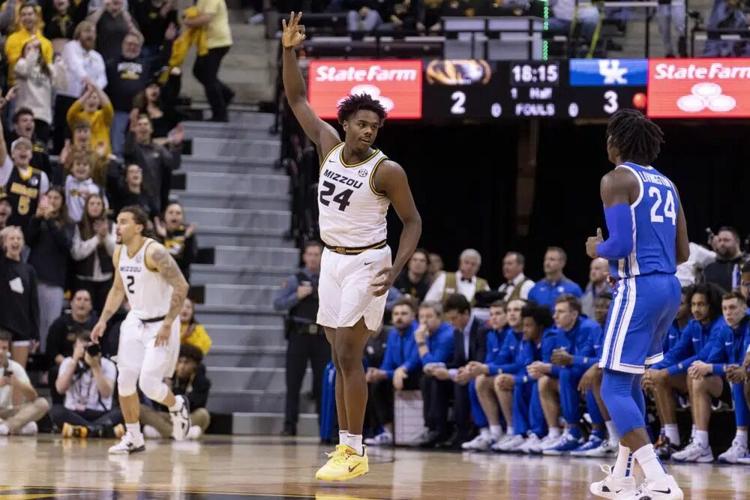 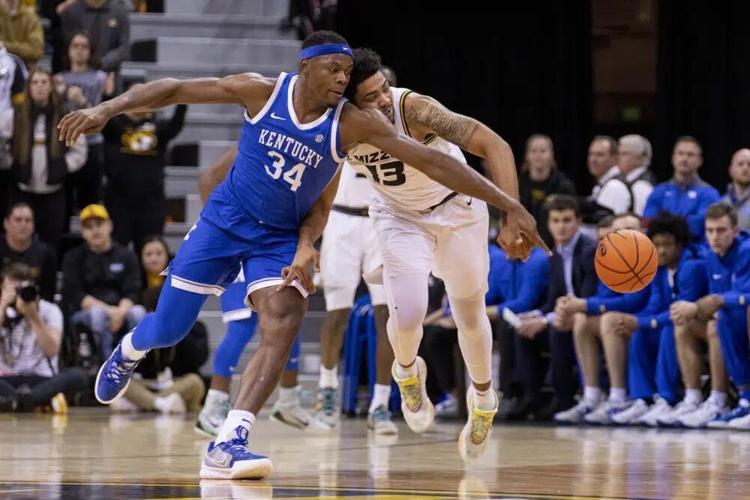 Kentucky's Oscar Tshiebwe, left, and Missouri's Ronnie DeGray III, right, collide as they battle for a loose ball during the first half of an NCAA college basketball game Wednesday, Dec. 28, 2022, in Columbia, Mo. (AP Photo/L.G. Patterson) 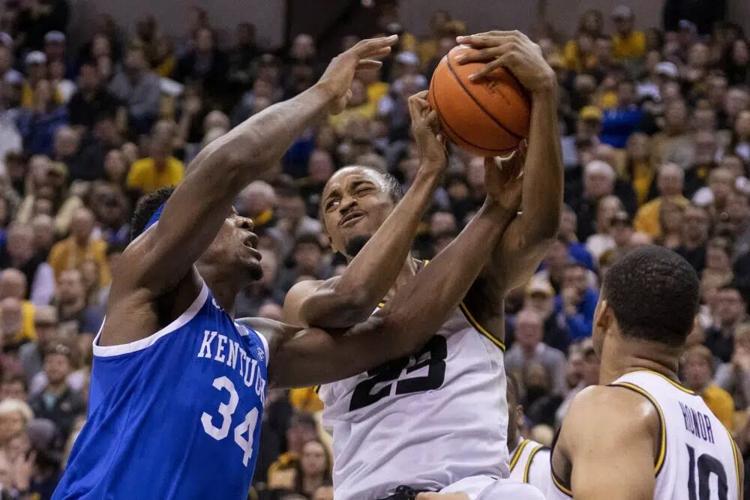 LOUISVILLE, Ky. (WDRB) -- Alabama, Arkansas and Tennessee were supposed to be the Southeastern Conference trouble spots for the University of Kentucky men’s basketball team.

It is now. Could be a long and exhausting list. But by overwhelming the Wildcats 89-75 Wednesday night at Mizzou Arena in Columbia, the Tigers definitely made it.

An unranked Missouri team picked to finish 11th in the SEC. A Missouri team that lost to Kansas by 28 on the same court 18 days ago.

A Missouri team put together in a rush last spring by Dennis Gates, the first-year coach recruited from Cleveland State. A Missouri team without any projected first-round picks in the 2023 NBA Draft, which is only 176 days away.

A Missouri team with absolutely none of the advantages inherent in the Kentucky basketball job.

The Tigers jumped on the Wildcats in the first half and buried UK in the SEC opener for both teams.

Don’t be deceived by the final margin. The Tigers led by more than that for most of the second half, stretching their advantage to 84-63.

It was only the third time in 14 seasons John Calipari has lost his league opener. Ranked No. 19 on Monday, the Wildcats (8-4) are likely to exit the Top 25 next week.

A season after exiting the NCAA Tournament in the first round by losing to Saint Peter's, Kentucky has lost three games by 10 or more points.

Any concerns raised by the Wildcats’ non-conference losses to Michigan State, Gonzaga and UCLA were amplified -- at volume 10. The Kentucky guards and wings simply aren't good enough.

"Missouri would have beaten a whole lot of teams the way they played tonight," Calipari said after the game. "And they beat us pretty good."

More people are wondering if Calipari has lost his mojo. Like the players, Kentucky fans aren't robots. They won't be in the mood to tolerate a string of double-digit losses all winter.

"Some of it is personnel," Calipari said. "I think we've got good players. But some guys aren't playing great."

Offense remains a mysterious enigma for Calipari’s team. Kentucky managed six field goals in the first 14 minutes — and freshman guard Cason Wallace had four of them.

Throw ball to Tshiebwe and hope he scores or gets fouled. Or hope that Tshiebwe does something with an offensive rebound. Tshiebwe finished with 23 points and 19 rebounds while Wallace had 19 points.

Looking for answers, Calipari plugged in freshman Adou Thiero less than four minutes into the second half. Thiero, for the record, had not scored since Nov. 23. He finished with 5 points, while attempting only one shot. Considering Kentucky didn't get serious about recruiting Thiero until after the season, it seemed like a "What the heck?" kind of move.

The Tigers took 25 of their 57 shots from distance, making 10 while averaging better than 1.3 points per possession. As good as Tshiebwe was, Missouri forward Kobe Brown was better, making 4 shots from distance while scoring 30 points.

"They shoot the ball really good," Tshiebwe said. "I've just got to say for my team, we've got to play smart and we've got to defend."

The Wildcats were also tormented by a familiar face — Sean East, the former New Albany (Ind.) High School star, who teamed with Romeo Langford and Rondale Moore to bring the Bulldogs the Indiana Class 4A state title in 2016.

East did not take a direct route to Columbia, playing at prep school, UMass, Bradley and then John Logan Community College before committing to Dennis Gates, the Tigers’ first-year coach, last spring. Calipari would never recruit a guy with East's credentials.

It was East who scored seven straight points to push the Tigers to a 24-13 lead midway through the first half. The Tigers pushed their lead to 42-30 at halftime.

The Wildcats’ offensive issues raged into the second half. They failed to make a field goal for more than 3 1/2 minutes, missing their first four attempts while falling behind, 52-34.

Kentucky will return home to host Louisville Saturday at noon. But the Wildcats will return to the SEC grind with games against Louisiana State (home) and Alabama (away) next week.