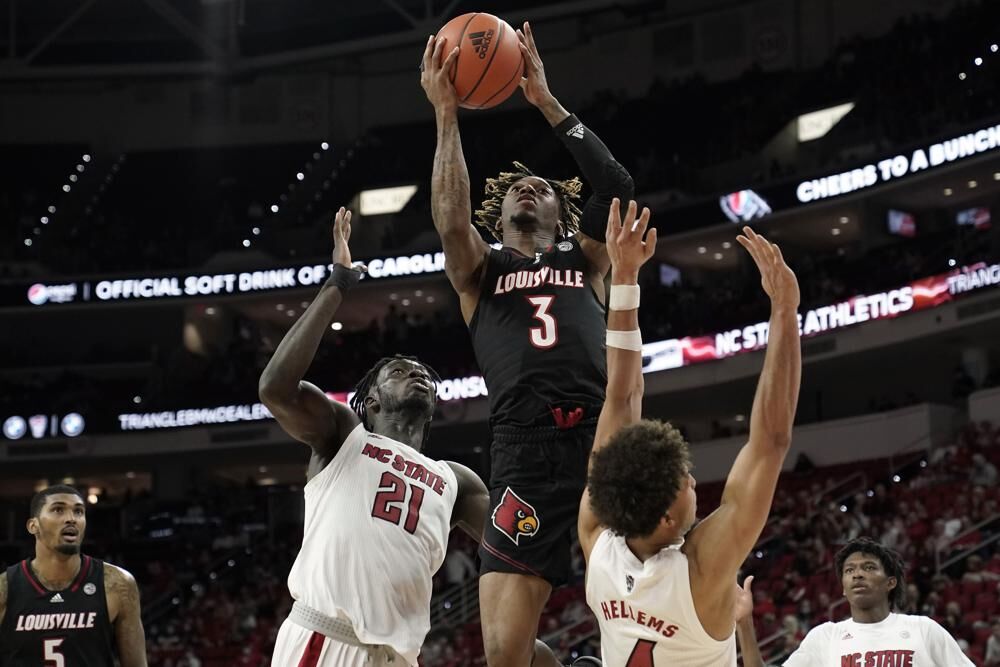 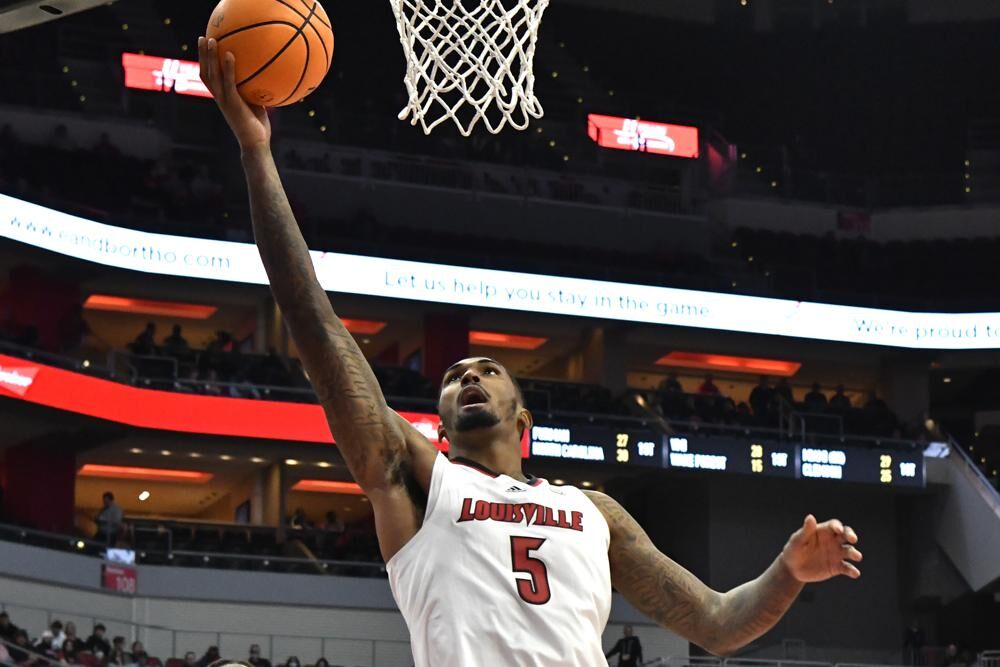 Louisville forward Malik Williams (5) goes in for a lay-up during the second half of an NCAA college basketball game against Southeastern Louisiana in Louisville, Ky., Tuesday, Dec. 14, 2021. Louisville won 86-60. (AP Photo/Timothy D. Easley)

Louisville forward Malik Williams (5) goes in for a lay-up during the second half of an NCAA college basketball game against Southeastern Louisiana in Louisville, Ky., Tuesday, Dec. 14, 2021. Louisville won 86-60. (AP Photo/Timothy D. Easley)

LOUISVILLE, Ky. (WDRB) -- There comes a moment when the home fans question if you are the coach who will make their favorite program become everything they want it to be.

They groan at your offense. They rub their brows at your defense. They whine about your recruiting.

They notice which players are not getting better. They wonder what happened to the improvements that you promised from your team.

They stop investing as much of their time and emotion.

I’m not ready to say we’re there yet with Chris Mack at the University of Louisville. But by losing six of their first 16 games and not showing the hyped improvements on offense, the Cardinals and Mack are giving everybody plenty to talk about — or, more concerning, not talk about.

It’s difficult to determine if Louisville fans are perturbed or disengaged.

After the announced crowd of 11,973 for the North Carolina State loss Wednesday night, the Cards have averaged 12,589 for nine home games, about 57% of the building’s capacity. Repeat: announced crowds.

COVID-19 makes comparisons tricky. Some people stay away because of the virus. For some, it’s the economy and prices. For others, it’s about going downtown, especially for 9 p.m. tips.

And for others, it’s three losses in the last six games, four in the last eight and five over the last 10. As I mentioned in my game column about the Cards’ 79-63 defeat, Louisville’s 10-6 record is the worst 16-game performance by the program since 2001, Denny Crum’s final season.

Here are more alarming attendance numbers: According to the statistics at the official NCAA web site, Louisville ranks 22nd in the nation and fifth in the Atlantic Coast Conference in attendance.

If that trend holds, Louisville’s 40-year streak of finishing in the top seven nationally will end.

The double-digit loss to N.C. State, a team Louisville beat on the road less than seven weeks ago, made more questions percolate.

Like, why did this group win five of its first six for assistant coach Mike Pegues and then lose five of its next 10 after Mack returned from his university-mandated suspension?

In fact, a closer look shows two of Louisville’s three best victories, the ones against Mississippi State and Maryland, came with Pegues in charge in The Bahamas.

And why have the Cardinals lost four games to teams ranked outside the top 100 in Ken Pomeroy’s computer formula? This isn't an elite Louisville team, but it is a team with more talent that Furman, Western Kentucky and DePaul (which has lost all five of its Big East Conference games).

There is no reason to check Joe Lunardi’s Bracketology at ESPN. If the 68-team field was picked today, Louisville would not be in the party absent an unlikely run to the championship of the Atlantic Coast Conference Tournament.

Louisville has one victory over a team (Wake Forest) likely to make the field and five losses to teams unlikely to qualify. They lost 20 spots, from No. 86 to No. 106 in the NCAA Net rankings, one tool the NCAA Tournament Selection Committee uses while picking the field.

The offense, which was reworked with two changes on the staff, has dipped in efficiency, turnovers and rebounding, according to Pomeroy.

Can Louisville turn it around?

Sure. There's time. It's mid-January.

Fourteen regular-season games remain. The next two — at Pittsburgh Saturday and Boston College here Wednesday night — are the easiest games on the schedule. With four losses outside the top 100, Louisville cannot lose either one.

After that, it will the job of the coaching staff to wash the underperformance out of a lengthy list of players. No names necessary. Nearly everybody qualifies.

Considering the way Louisville performed over the last month, it’s reasonable to wonder if this staff can do it.