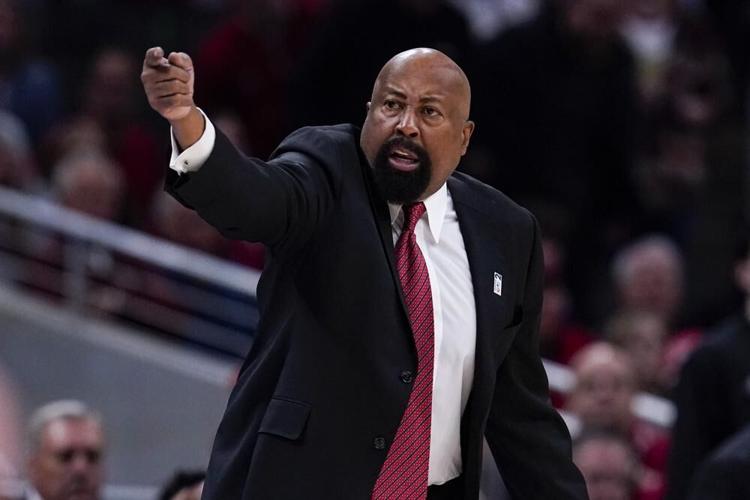 Indiana head coach Mike Woodson calls a play for his team as they play against Michigan in the second half of an NCAA college basketball game at the Big Ten Conference tournament in Indianapolis, Thursday, March 10, 2022. Indiana defeated Michigan 74-69. (AP Photo/Michael Conroy) 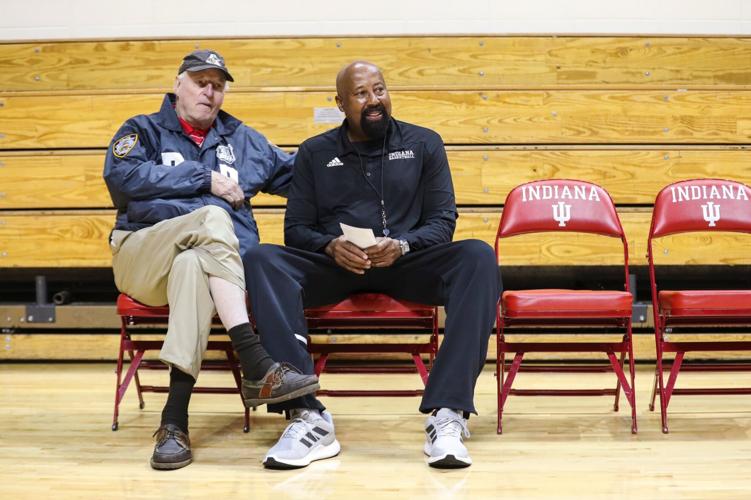 Indiana head coach Mike Woodson calls a play for his team as they play against Michigan in the second half of an NCAA college basketball game at the Big Ten Conference tournament in Indianapolis, Thursday, March 10, 2022. Indiana defeated Michigan 74-69. (AP Photo/Michael Conroy)

Time for me to confess: I had one legitimate question about Woodson, too, after he was hired last year:

Would a 63-year-old NBA lifer who had been away from college basketball since he left Bloomington in 1980 have the conversational juice and day-to-day swagger to connect with 18-year-old prospects who had plenty of options?

Former University of Louisville star and NBA head coach Butch Beard told me not to wonder. Woody can do it, Beard told me on the day Woodson was hired.

He can coach. He can relate. He can win. Indiana made a very good hire. They hired a guy invested in their program who can win. That was Beard’s message.

Thirteen months later, Woodson has answered the recruiting question in a manner IU basketball has not seen since Bob Knight was the king of the universe.

I no longer wonder.

Reneau will join point guard Jalen Hood-Schafino to give the Hoosiers a pair of five-star prospects who played in the Jordan game. Reneau is ranked No. 28 nationally, seven spots behind Hood-Schifino.

Toss in forward Kaleb Banks from Atlanta (No. 74) as well as Indianapolis guard C.J. Gunn (No. 141) and Woodson’s first full recruiting class just vaulted to the best in the Big Ten and No. 5 in the nation, according to the 247Sports composite rankings.

It’s the best class IU has signed since Tom Crean landed Noah Vonleh, Troy Williams, Luke Fischer and three others in 2013, a class that ranked No. 4. That class featured six players, but Vonleh was the only guy rated a 5-star. The 247Sports data base has rankings for IU recruits back to 2003. This is the first time the Hoosiers have added a pair of 5-stars in the same class.

Those recruiting scores came after Woodson re-recruited nearly every important player from Archie Miller’s final team to compete for the Hoosiers and finish 21-14 last season, while ending long losing streaks to Purdue and Michigan.

The Reneau score also came after Woodson secured oral commitments from two top guards in the Class of 2023: Jakai Newton, a player ranked No. 62 overall from suburban Atlanta and Gabe Cupps, of suburban Dayton who won the Ohio Mr. Basketball award high season as a junior.

Not bad work by a guy who was greeted with one story (by Parrish) wondering if Indiana was spending more than $10 million on the Miller buyout to make itself worse and tweets (from Goodman) wondering why Indiana failed to pursue Baylor coach Scott Drew (who likely would have used an IU offer to squeeze more money out of Baylor).

Has Woodson been perfect?

No, he has not been perfect.

Indiana’s offensive numbers were ugly at times last season. The Hoosiers plunged through a five-game February losing streak that nearly pushed them out of the NCAA Tournament. They were not competitive in the season-ending 82-53 loss to Saint Mary’s after the Hoosiers won a First Four game against Wyoming.

But credit Woodson for understanding that his roster needed a talent upgrade, especially in the backcourt. With his early commitments, he focused on guards who can attack, run a team and make teammates better.

Reneau gives Indiana a frontcourt player who can handle work around the rim as well as a stronger connection to Montverde Academy, the prep school power outside Orlando, Florida.

Forward Race Thompson has announced that he will return to IU for a sixth season. If Trayce Jackson-Davis withdraws from the NBA Draft (I give that a 40% probability) the Hoosiers will clearly have the most talented frontcourt in the Big Ten.

Xavier Johnson and Hood-Schifino (another Montverde product) will cover the minutes at point guard.

What Woodson and Indiana need are guys who can play the shooting guard and small forward positions the way it is played by successful teams in modern college basketball. Guys who can make threes, not standstill shooters waiting for somebody to find them. Guys who can create their owns shots as well as play the catch-and-shoot game. Guys who put pressure on the defense.

Woodson needs Banks and Gunn to show their potential with returnees Trey Galloway, Tamar Bates, Jordan Geronimo, Miller Kopp and Anthony Leal improving their games. Player development is the next thing that Indiana needs to move forward in the Big Ten and the national landscape.

But Indiana’s overall roster talent has been upgraded. You can stop asking the question if Mike Woodson can recruit.

The battle of unbeatens had drastically different shooting nights.