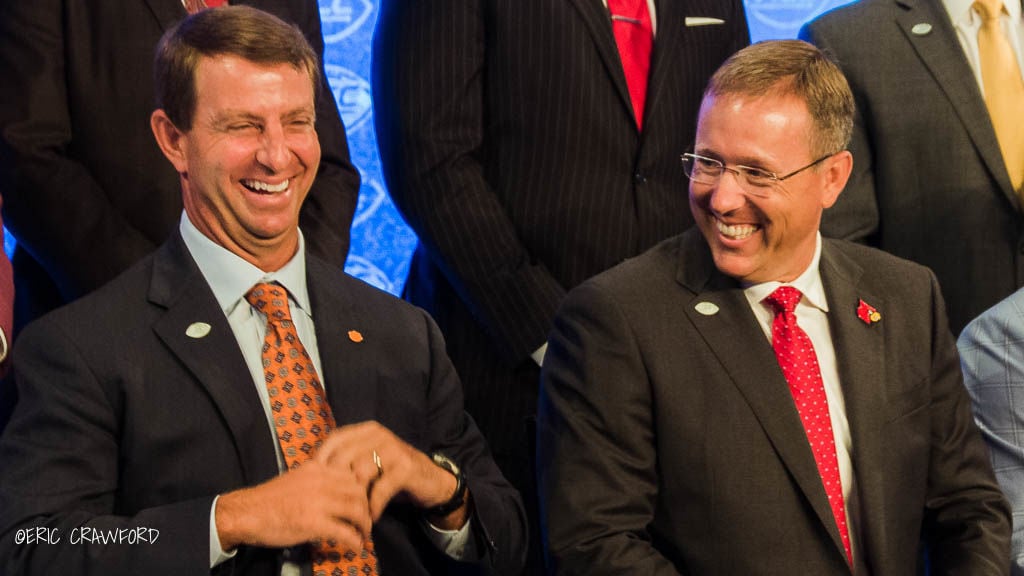 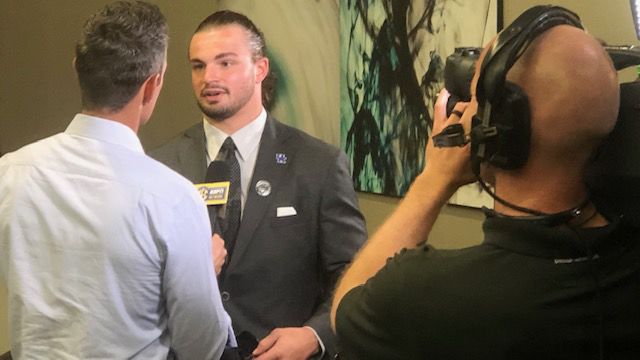 Kentucky linebacker Kash Daniel was likely surprised to learn the Wildcats were ranked ahead of South Carolina, Tennessee and Missouri in the USA Today coaches' poll. WDRB Photo/Rick Bozich

Kentucky linebacker Kash Daniel was likely surprised to learn the Wildcats were ranked ahead of South Carolina, Tennessee and Missouri in the USA Today coaches' poll. WDRB Photo/Rick Bozich

LOUISVILLE, Ky. (WDRB) -- I don’t have a vote in the USA Today coaches’ college football Top 25 poll or the Associated Press writers’ poll.

Too bad. I’d be happy to vote for anybody who asked. But the coaches’ poll dropped Thursday. Although no local teams made the Top 25, there was news of local interest.

The reports from the preseason magazines as well as from Atlantic Coast Conference media day were consistent:

Louisville was the pick to finish last in the ACC Atlantic Division.

Make note of this: If there was a good time to be bad in the ACC, this appears to be a perfect season.

The USA Today coaches’ college football Top 25 was released at noon Thursday. You won’t need much time to find the ACC schools who made the Top 25.

There were two: top-ranked Clemson as well as No. 22 Syracuse.

Clemson will pick up where it left off ... on the top of the Amway Coaches Poll rankings. @AmwayUS @WeAreAFCA https://t.co/Tmw6E46uKN pic.twitter.com/BfYfpiccKa

That, friends, is the complete list. If you’re not orange, you don’t matter.

The ACC team that collected the greatest number of votes was Virginia Tech, which ranked 32nd. The next Atlantic division team was North Carolina State, No. 43.

With only two Top 25 spots, the ACC ranked last among the Power Five leagues.

The Big Ten set the pace with seven. The SEC followed with six. Credit the Pac-12 with five, the Big 12 with three and the ACC with two.

UCF represented the American Athletic Conference while Notre Dame, Louisville’s opening opponent, was the only independent.

Kentucky linebacker Kash Daniel made a splash at Southeastern Conference football media days in Hoover, Ala., two weeks ago when he noted that the Wildcats were likely to be picked sixth in the SEC East because “nobody” wanted Kentucky to succeed.

I found somebody: The guys who vote in the coaches’ poll.

The early headline on Mark Stoops’ team was the Wildcats were ranked No. 31.

Nothing sexy about that.

There is something sexy about this: Only two teams in the SEC East were ranked ahead of Kentucky — Georgia (No. 3) and Florida (No. 8).

The voting coaches, a group that included Jeff Brohm of Purdue and Tyson Helton of Western Kentucky, ranked the Wildcats ahead of four SEC East teams.

South Carolina finished 42nd in the voting. Tennessee earned one vote. Missouri and Vanderbilt did not earn any.

I guess nobody got Daniel’s memo.

You have to give another 1/2 point if you intend to bet on Brian Kelly’s team.

According to VegasInsiders.com, the game opened on June 6 with Louisville as a 16 1/2-point underdog. If you liked Notre Dame, I hope you got in early because the number has continued to grow.

Notre Dame was ranked ninth by the coaches. In football, if you’re not in the first four, you don’t matter.

If the Irish are capable, I’d expect Kelly to try to win this one by as much as he can. It’s never too early to score points in the national discussion of who belongs in college football playoff.

Another "Can anybody beat Clemson and Alabama" story?

I believe I had this one. Well, everybody had it, so no big deal.

If you gave me three other selections — Georgia, Oklahoma and Ohio State — I’m certain three of the four playoff teams will come from that five-team group.

J. Brady McCullough of the Los Angeles Times is on board with all this. And he filed the latest story on college football’s predictability this week.

Purdue’s rousing victory over Ohio State last season was the signature moment of the Boilermakers’ season. Brohm’s incoming freshman class was ranked No. 25 nationally by 247Sports.com.

He’s got 15 commitments: a pair of four-stars and 13 three-stars. None are from Kentucky.

Brohm lost a battle this week. So did Ohio State.

Deajuan McDougle, a receiver from Deerfield Beach, Fla., turned down offers from Purdue and Ohio State to play for Minnesota.

Nope, I can’t explain a Florida kid chasing frostbite either. (The story).