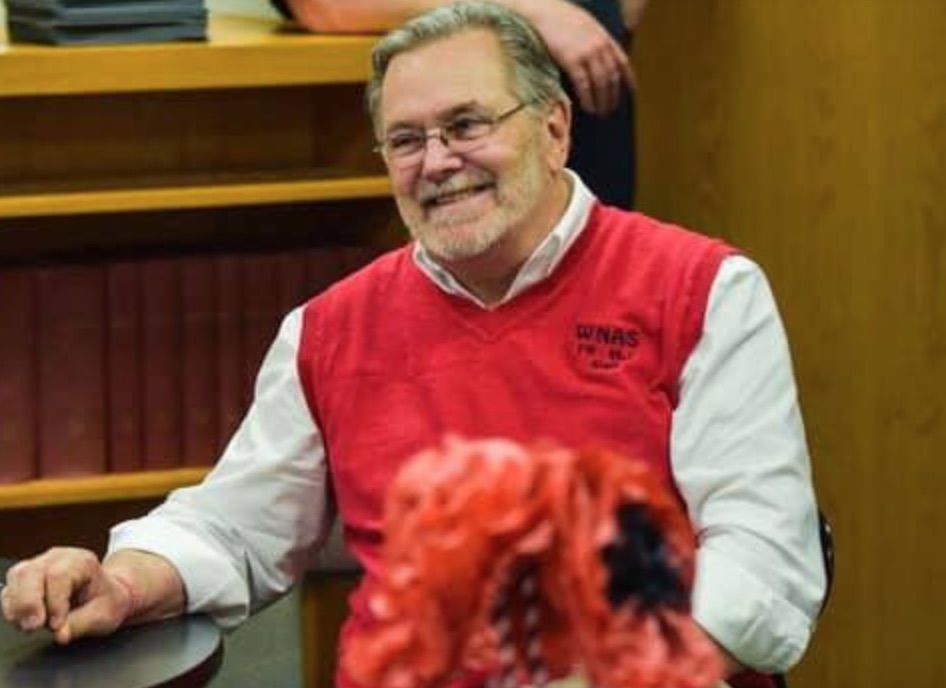 Lee Kelly, the long-time voice of the New Albany Bulldogs, dies on Monday. Photo from Facebook. 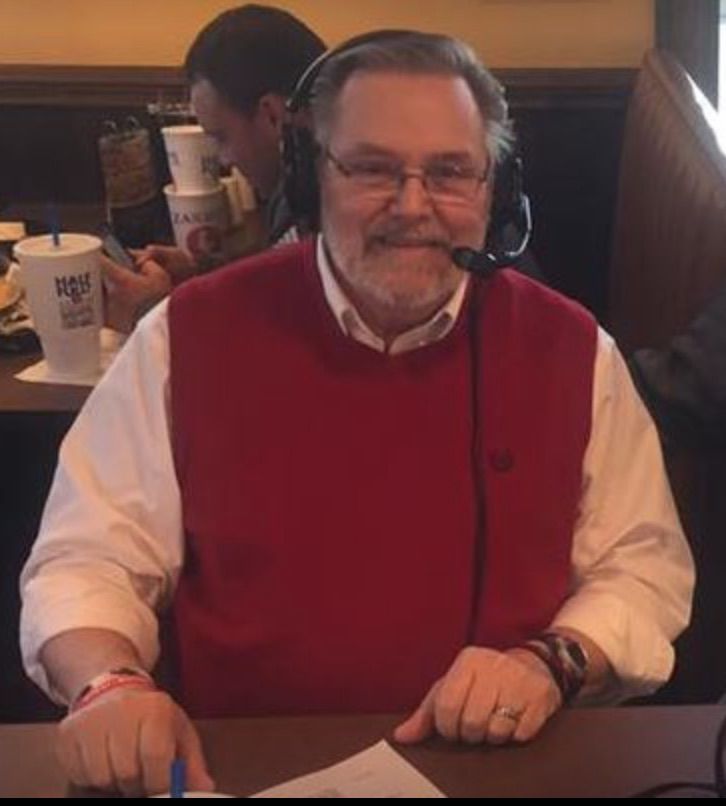 Lee Kelly, the long-time voice of the New Albany Bulldogs, dies on Monday. Photo from Facebook.

LOUISVILLE, Ky. (WDRB) -- Not every star makes a jump shot or throws a touchdown pass.

There is a hole in New Albany today that stretches across southern Indiana.

Kelly, the long-time voice of the Bulldogs and the beloved force behind the cutting-edge New Albany High School radio and television program, died Monday.

Whenever people asked me what made the passion for high school sports in New Albany different, I’d tell them about people like Kelly.

“Lee was just huge in our community,” said Jim Shannon, the coach of the New Albany boys’ basketball team. “Wherever we would go, everybody would know Lee.”

“I don’t think it’s an exaggeration to say that he was well-known as anybody in town,” Matt Denison added.

One of Kelly’s former students, Denison became a professional broadcaster, the host of The Hoosier Report on WXVW radio at 11 a.m. daily.

When Denison was in the fifth grade, his father took him to “The Catwalk,” the press box overhang that looks down on the court on the east side of the 4,000-seat New Albany High gymnasium.

Denison loved sports. He wanted to be involved in sports media. He introduced himself to Mr. Kelly. A friendship was created, a friendship that lasted three decades.

Denison filled a seat on The Catwalk. He began by keeping statistics. It wasn’t long before Denison shared some of his statistics on the broadcast. Then he called part of the game. Now he’s a broadcaster and talk-show host, who invited Kelly on his show every Thursday.

“Whenever we did games on the road, even if we were in Indianapolis, his former students would come over and say hello,” Denison said. “The respect he had from everybody was amazing.”

To read the emotional tributes on Kelly’s Facebook page the last two days was to understand there were hundreds of Matt Denisons over the four-decade career Kelly celebrated at New Albany High School. It was more than just his strong, mahogany voice or his passion for the Bulldogs. If you were interested in radio or television, you got your opportunity. Kelly made certain of that.

“Lee had a unique ability to relate to kids,” Shannon said. “He listened to them. For a lot of kids he helped them come out of their shells and find their niche.”

It wasn’t just sports and elections. Kelly was the leader of a radio station that had a passionate following on both sides of the Ohio River because of its eclectic and entertaining play list.

His students learned the radio business as hosts as well as from the sales perspective, fanning out across the community to sell sponsorships that enabled New Albany to invest in the next generation.

Investing in the next generation was important to Kelly. He proved that at the high school and at the New Albany Little League.

Some parents complain about how many innings their children play. Kelly was not a complainer. He was a doer. Kelly coached, instructed, encouraged and invested in making New Albany’s program one of the best in the state.

The surest sign of summer was Kelly riding his mower at the old Little League facility on Mt. Tabor Road, tending to the grounds at both parks as if they were as important as his front yard.

Shannon said that even after Kelly retired from teaching several years ago, he stayed involved at the high school.

Nobody was surprised. The man cared about New Albany High School, the students and the staff. During Kelly’s teaching days, he decorated a lounge area near his office with a twirling barbershop pole. He named the place, “Floyd’s Barber Shop,” as in Floyd Lawson from the fictional town of Mayberry in the “Andy Griffith Show.”

“You always wanted to be the last one to leave,” Shannon said with a laugh. “Then you knew they couldn’t talk about you.”

Talking was Kelly’s business. We had sons who played baseball and basketball with each other and against each other for nearly a decade. We talked for hours at ball parks and gymnasiums.

I grew up in northwest Indiana. A proud graduate of Silver Creek High School, Kelly knew everybody and everything about southern Indiana sports. If you listened, you could learn from Lee. I listened and learned.

In fact, I made it a point to listen to him when it came to New Albany High School sports. In 2016, New Albany won the Indiana Class 4A state title during Romeo Langford’s sophomore season. Tom Lane and I were driving back from Philadelphia after covering the NCAA Regional. I wanted to listen to the game. We dialed in the broadcast on WXVW at some point in the second half.

Langford and the Bulldogs hung on for a 62-59 victory over McCutcheon. Greg Bell and Kelly were on the call.

When the community celebrated the title, Kelly was the natural choice for the emcee. Without him, it would not have been official.

US veteran in Winchester, Kentucky in dire need of car