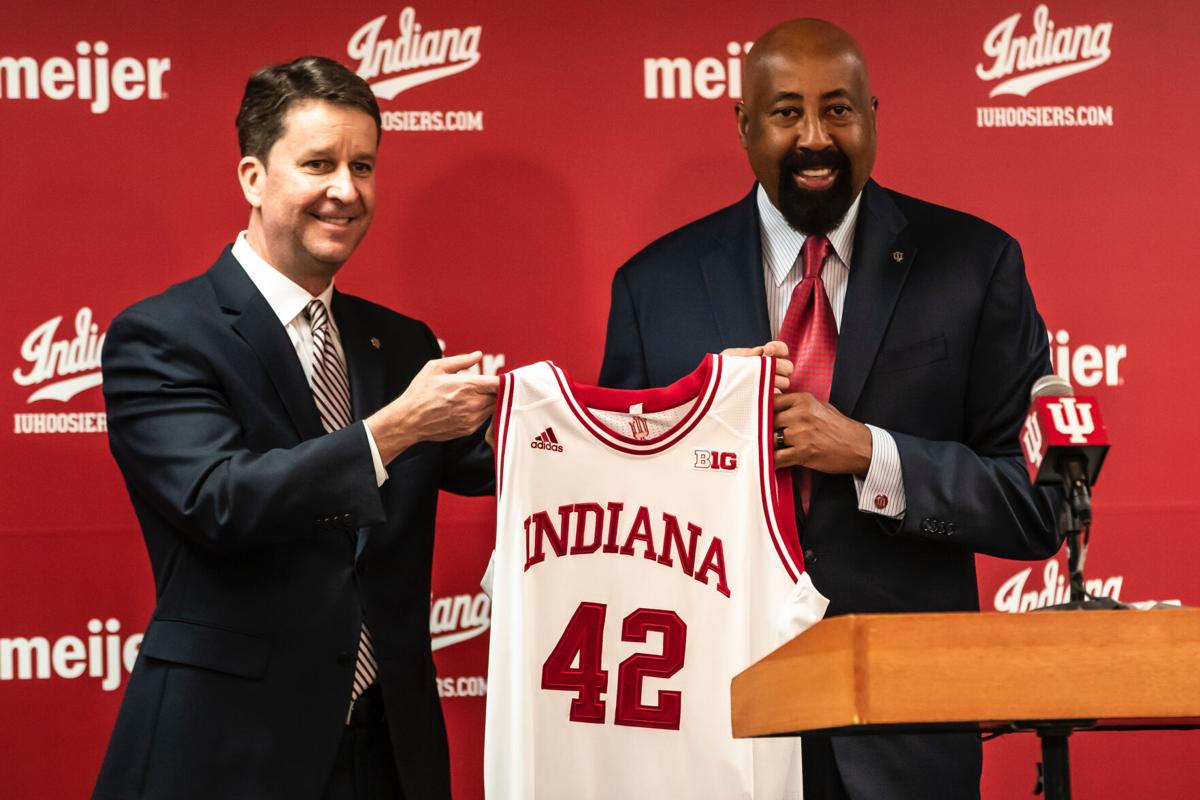 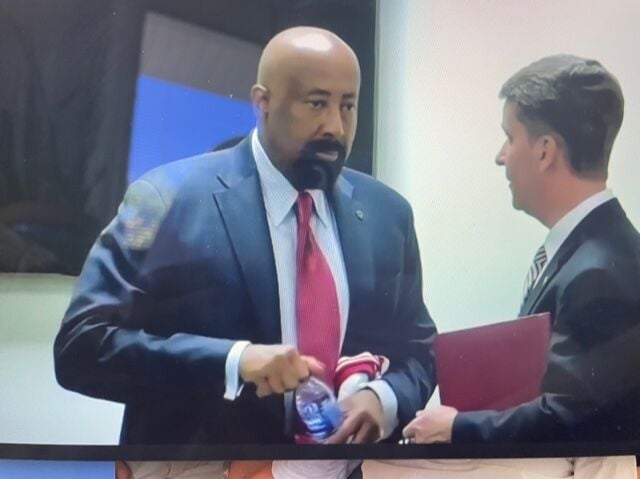 LOUISVILLE, Ky. (WDRB) — Is Mike Woodson too old? Can he recruit? At 63, can he relate to the 18-to-22 year-olds that Woodson will need to win basketball games at Indiana University?

After a lifetime in the NBA, how will he handle transitioning to the college basketball game that he left in Bloomington 41 years ago?

How will this partnership with former Ohio State coach Thad Matta in an IU basketball administrative role work when it transitions from idea to reality?

Can Woodson, Matta and IU athletic director Scott Dolson create a magical culture that will put the fear factor back into Indiana basketball?

Dump all those questions and criticisms of the Woodson hire into an equipment bag. Put the bag in the corner. Let’s bring them out in 3 or 4 years.

That’s when we’ll have the answer to the question that trumps the others:

Can Mike Woodson win at Indiana, win at a level and consistency that will please Indiana fans in a way that no coach has pleased them since Bob Knight?

I’ll offer 3 words all of us should use more often:

I don’t know. But I believe the rewards outweigh the risks.

I believe there were mostly shrugs when Mark Few started at Gonzaga, Wayne Tinkle took over at Oregon State and Scott Drew went to Baylor. Each coach sits one victory from the NCAA Final Four.

There were outright grumbles when UCLA settled on Mick Cronin after at least 2 other coaches turned down the job in 2019. The Bruins are in the Elite Eight, too,

There was severe eye-rolling when Michigan replaced John Beilein with Juwan Howard, whose college coaching credentials were closer to Woodson’s than they were to Beilein’s. Michigan might win it all in Howard’s second season.

I don’t know. And neither do you.

I believe that Woodson’s hire can be viewed as a reflection on the state of the IU program. Only one coach would have arrived without criticism. That was Celtics’ coach Brad Stevens, who I was told listened to Dolson’s vision for IU basketball but chose to remain in Boston.

Chris Beard of Texas Tech would have scored more initial PR points. But his salary and firm roots in Texas made Beard a long shot.

After that? Every candidate had questions. There was no grand slam.

I believe the plan can work because Woodson is driven to succeed. He vigorously pursued the job. He wanted it 4 years ago when Indiana replaced Tom Crean by hiring Miller from Dayton.

The sharpest comment Woodson made during his introductory press conference came when he said Dolson suggested doing the first interview with a Zoom video.

Making Indiana basketball matter the way it mattered when Woodson played for Knight inspired Woodson to do this. I believe I mentioned Woodson is 63. He wants to do this for a bigger cause than the glory of Mike Woodson.

Woodson was an important and active voice in getting Knight to return to Simon Skjodt Assembly Hall in February 2020 to mend the divide that loomed over the program after Knight was fired in 2000. The first person Woodson credited in his introductory press conference Monday was Knight.

Not for the points the coach helped Woodson score. The credit was for making Woodson become the person he has become, an old-fashioned teacher/pupil concept that Woodson also embraces.

In New York, Woodson worked with Kenny Payne, the former Kentucky assistant coach who was a significant piece of the success John Calipari had at UK. Payne gave Woodson the highest marks possible.

“It’s a great hire because his love and passion for his school is special,” Payne said. “Mike is a Hoosier — and he makes sure you know that.

“There would be days we’d be coming out of practice and he’d be asking, “How did that Indiana game come out?’ He’d brag about the football team or the volleyball team. His love for his school is incredible.

“But Mike also understands what it means to be a loving coach. He knows how to build relationships with players so they understand you really care about them.

“Players can find out about the campus or the arena or the business school on their own. What parents and players want to know is, ‘What are you going to do to help me reach my dreams and my goals?’ Mike gets that.”

Payne, like former University of Louisville stars Jerry Eaves and Butch Beard, praised Indiana for providing a Black former player a legitimate opportunity to succeed at his alma mater.

“I give Indiana tremendous credit for giving an African-American male an opportunity as a role model and leader,” said Beard, who coached against Woodson in the NBA.

“Woody will succeed. Woody can coach. He’s a smart guy.”

Dolson is a first-year athletic director who started earning his credentials as a student manager for the basketball program, a program that he is determined to return to national prominence.

And Matta is the X-factor, a guy who can assist Woodson in challenges that Woodson did not face in the NBA — like graduation rates, scheduling, NCAA rules, recruiting, the transfer portal, outreach with fans and being the face of the franchise. Basketball is basketball.

So remember the questions about this hire are too complicated to be answered in a Tweet, a column or a week’s worth of stories.

People who keep chirping about the irrelevance of Indiana basketball look silly by making that claim to confirm their relevance. There were more than 70 media members on Woodson’s introductory Zoom teleconference. The recruiting base is solid. The arena will be stuffed the first time Woodson goes to the sidelines, even for a public practice.

Dolson, with encouragement from former IU stars Quinn Buckner and Scott May, made a bold, risky and unconventional move in recruiting Woodson from the New York Knicks, where he served as assistant this season.

Woodson did many good things in the 9 seasons he worked as an NBA head coach with the Hawks and Knicks, building 5 playoff teams with rosters that rarely had elite NBA talent.

At Indiana Woodson will be responsible for assembling, developing and then coaching the talent. Some argue the assembling part will be the most important factor.

Early judgments on the hire will come soon. Woodson’s first recruiting assignment will be to recruit the half-dozen Indiana players who moved into the NCAA transfer portal after Miller was dismissed March 15.

Another judgment will come by his work recruiting guys that are leaving other programs. The decisions he makes with his 3 full-time assistant coaches will be revealing.

Initial reaction was encouraging from one group that has not always celebrated the four guys who followed Knight.