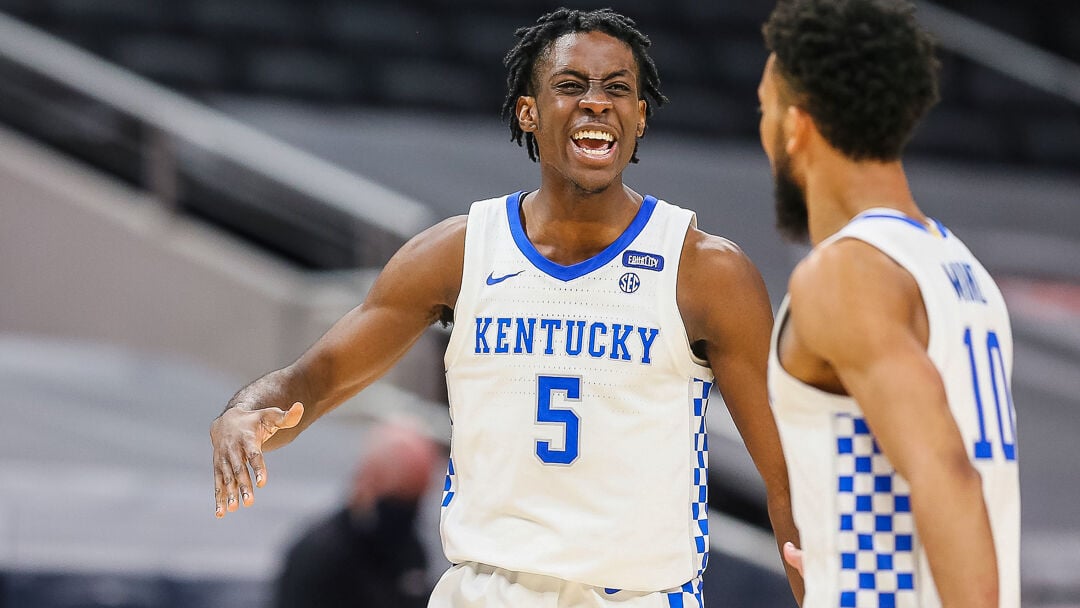 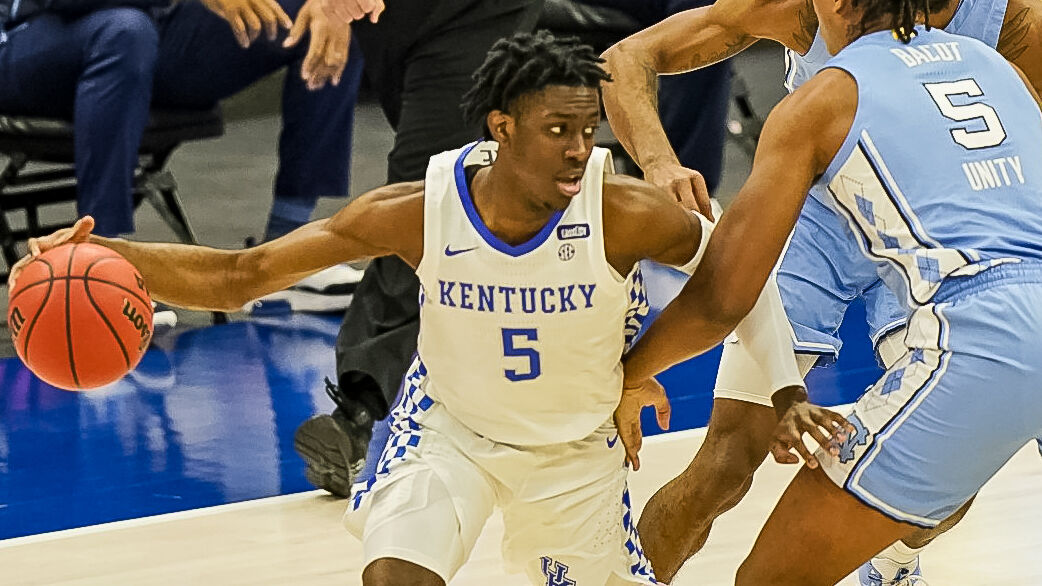 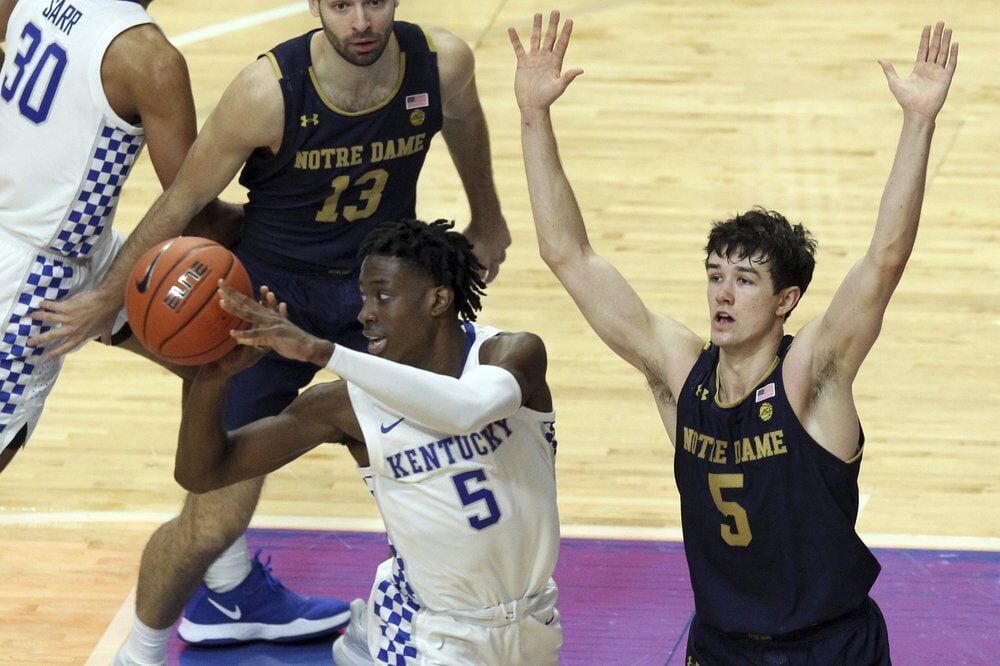 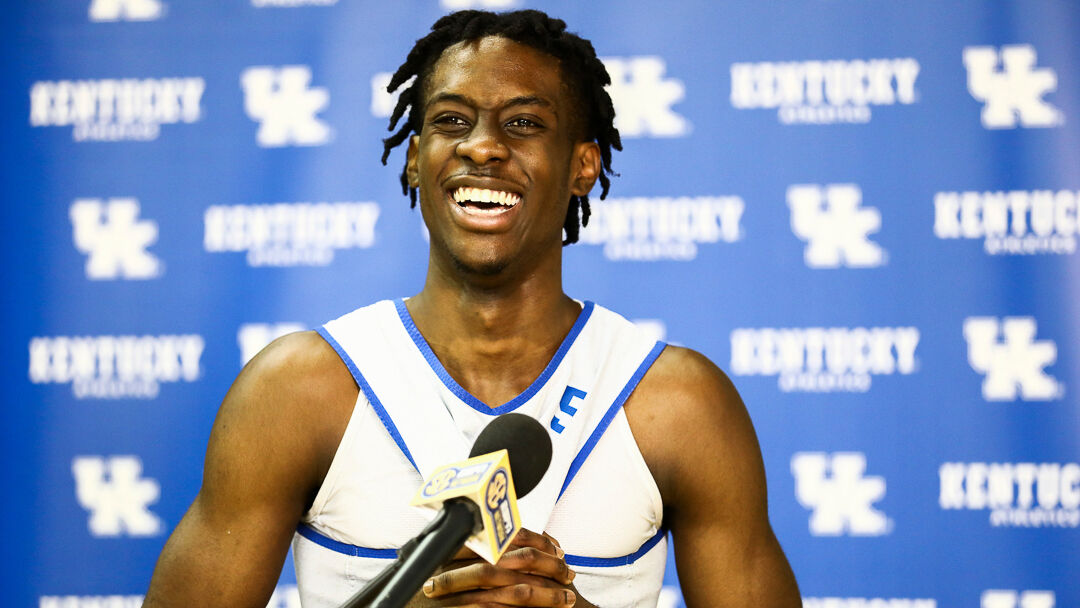 The station cited LAPD as saying Clarke was apparently traveling at a high rate of speed when he ran a red light, hit another car turning left, then hit a pole and a rock wall. Police told WKYT he was pronounced dead upon arriving at a nearby hospital. He was alone in the car.

In a statement released at 11 p.m. Eastern time, Kentucky coach John Calipari said, "I am absolutely gutted and sick tonight. A young person who we all love has just lost his life too soon, one with all of his dreams and hopes ahead of him. Terrence Clarke was a beautiful kid, someone who owned the room with his personality, smile and joy. People gravitated to him, and to hear we have lost him is just hard for all of us to comprehend right now. We are all in shock.

I am absolutely gutted and sick tonight. I ask that everyone take a moment tonight to say a prayer for Terrence Clarke and his family. May he Rest In Peace. https://t.co/a1E1gysxxi pic.twitter.com/1unTygk4Tt

"Terrence’s teammates and brothers loved him and are absolutely devastated. They know we are here for them for whatever they need. I am on my way to Los Angeles to be with his mother and his brother to help wherever I can. This will be a difficult period for all those who know and love Terrence, and I would ask that everyone take a moment tonight to say a prayer for Terrence and his family. May he rest in peace."

Clarke reportedly had been working out with former UK teammate B.J. Boston, who also declared for the draft after his freshman year.

Clarke and Boston had both recently signed with the Klutch Sports agency. Boston, who reports say was in the car behind Boston, is uninjured.

Clarke, a 6-7 guard who was among the top 10 high school players in the nation his senior year, played in Kentucky's first seven games. The 6-7 guard then suffered a foot injury and missed 17 games before playing in the SEC Tournament.

“We are stunned by this sudden, heartbreaking tragedy,” said Mitch Barnhart, UK Director of Athletics.  “Terrence was a young man who was so full of life and so full of promise. We hurt and grieve with his family, his friends, and his teammates and coaches, and our prayers are with all of them in this unimaginable loss.”

Among those who reacted quickly was Boston Celtics coach Brad Stevens, who heard the news after his team's game Thursday night and was clearly upset about it in his postgame news conference. Clarke was a native of Boston.

"To be honest ... I'm not sure how much I want to talk about the game," Stevens said. "When you consider it's a Boston kid. I don't know what's real . . . but I've read what you've read, and those kids are important to us here. I'd never met him. I know my son looks up to him."

Clarke is survived by his parents, Osmine Clarke and Adrian Briggs, and his three siblings, Tatyana Gray, Gavin Clarke and Madison Adrianne.

This is a developing story and will be updated.