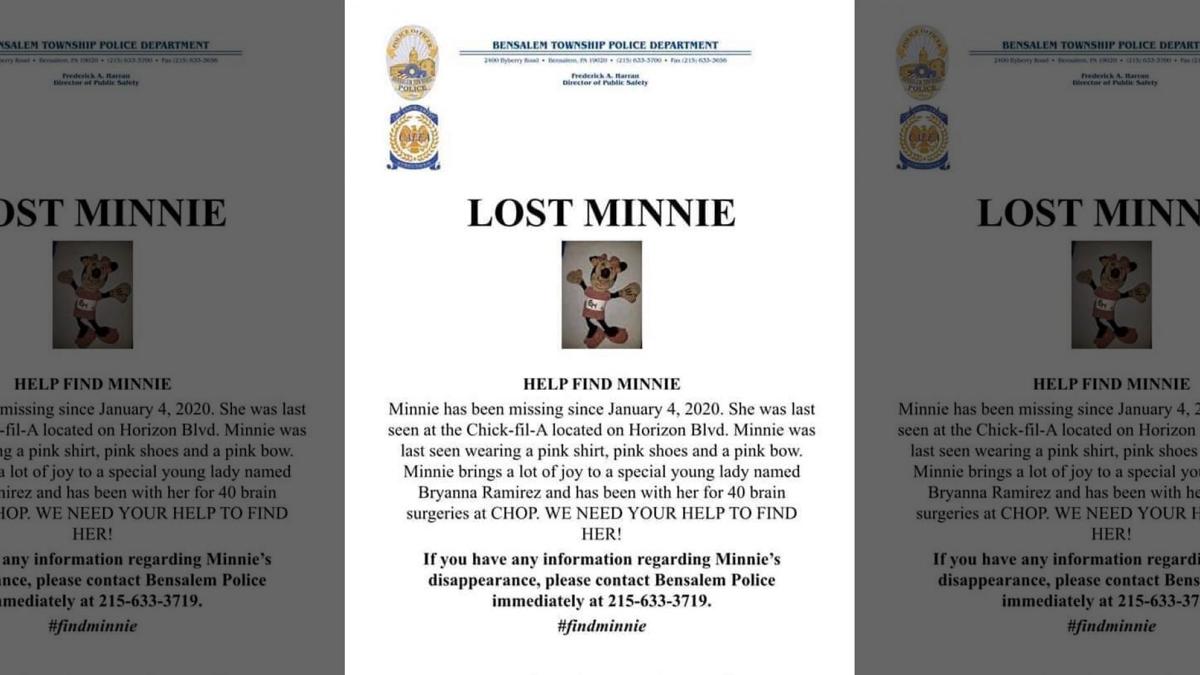 A Pennsylvania girl has been reunited with her beloved Minnie Mouse doll that helped her overcome 39 brain surgeries --  after it was lost earlier this week, according to her mother. (Bensalem Police Department - Facebook) 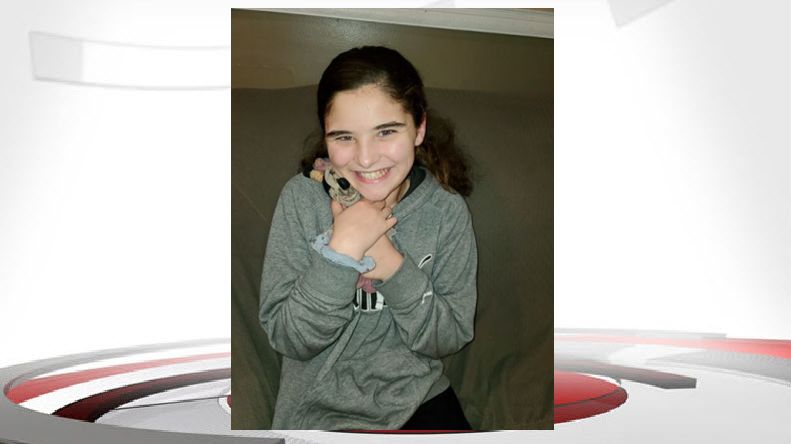 A Pennsylvania girl has been reunited with her beloved Minnie Mouse doll that helped her overcome 39 brain surgeries --  after it was lost earlier this week, according to her mother. (Bensalem Police Department - Facebook)

(FOX NEWS) -- A Pennsylvania girl was reunited with her beloved Minnie Mouse doll that she said helped her overcome dozens of brain surgeries, according to her mother.

Bryanna Ramirez, 13, lost the doll at a Chick-fil-A restaurant in Trevose, Pa., last week before she was set to undergo another operation this week. She's had a brain and connective tissue disorder since birth, according to an article on Fox News based on reports from Philadelphia's WCAU-TV.

The doll was a little stuffed companion that had been by her side for every surgery since she was 18 months old.

"UPDATE!!! WE HAVE MINNIE!! WE HAVE MINNIE!! Thank you for all the shares and prayers," her mother, Niki Dougherty-Ramirez wrote Tuesday on Facebook. "We appreciate each and every one of you!! This was one of the worst couple [of] days. There were so many tear[s] shed by all of us. Bryanna is soooooo ecstatic to have her in her arms again. Now she can eat and sleep again!!! This poor thing hasn't eaten in days. Thank you again so much to EVERYONE we can not thank you enough."

After losing Minnie, Ramirez said her daughter was "beyond heartbroken" and added it was "the only thing that helps her get through all that she goes through." She added that she thought Minnie had been left in the car at first.

"This Minnie has been through all 40 of her Brain Surgeries with her and this doll means the world to this child," Ramirez said. "She is a MESS!! We NEED TO FIND MINNIE!!"

People throughout the community came to her aid after the post, including the Bensalem Police Department, the Chick-fil-A restaurant on Horizon Boulevard and its employees.

“It was very emotional, to know what the kid went through with all these operations. This thing went with her through every operation," A Chick-fil-A employee told WCAU.

Other employees at the Chick-fil-A searched the entire restaurant -- looking under the benches, inside the playhouse, and through 12 trash bags to find the doll, which is no longer being manufactured, according to the outlet.

The owner of the restaurant had even offered a free meal once a week for a year, as well as a $250 reward for its safe return.

"Thank you again so much to EVERYONE we can not thank you enough," her mother said. "Thank you especially to Chick Fil A and Bensalem Police and all the News stations it meant the world to us!"