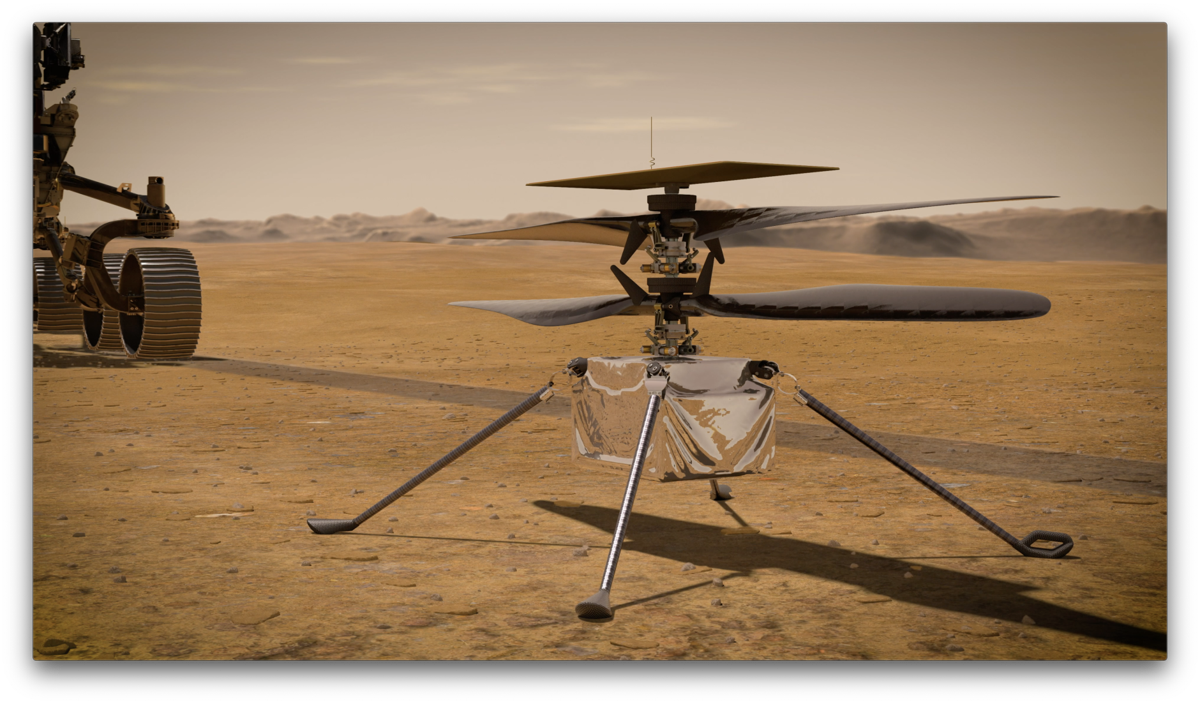 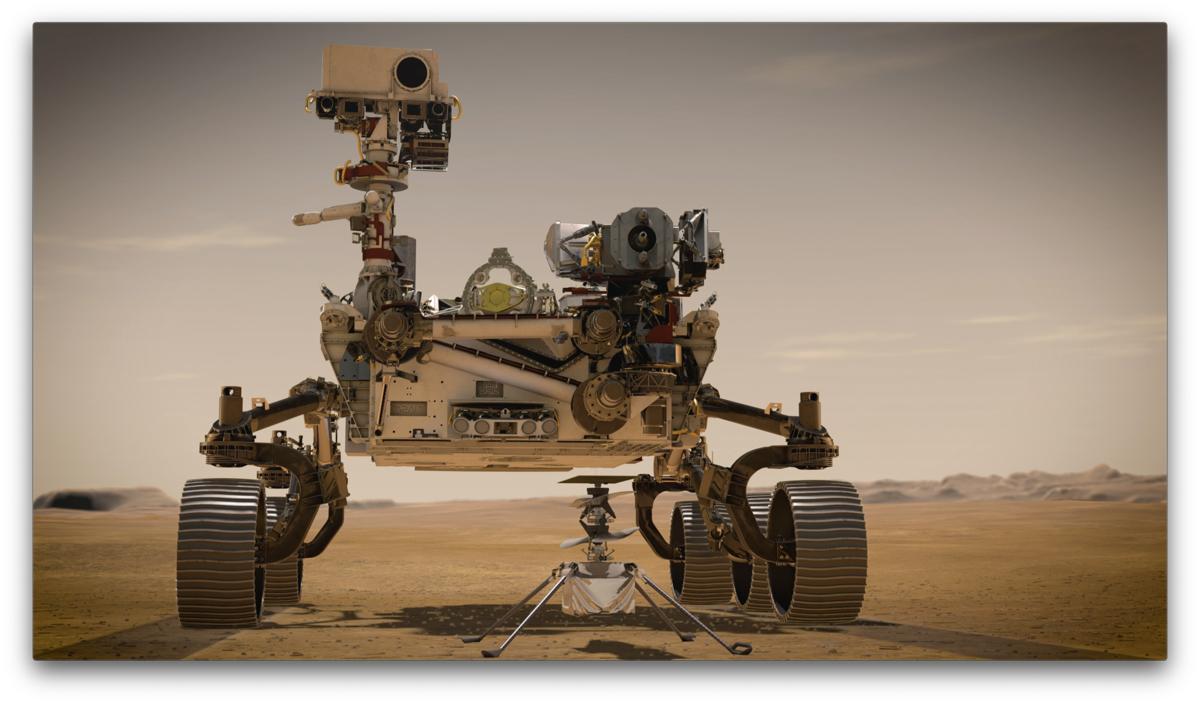 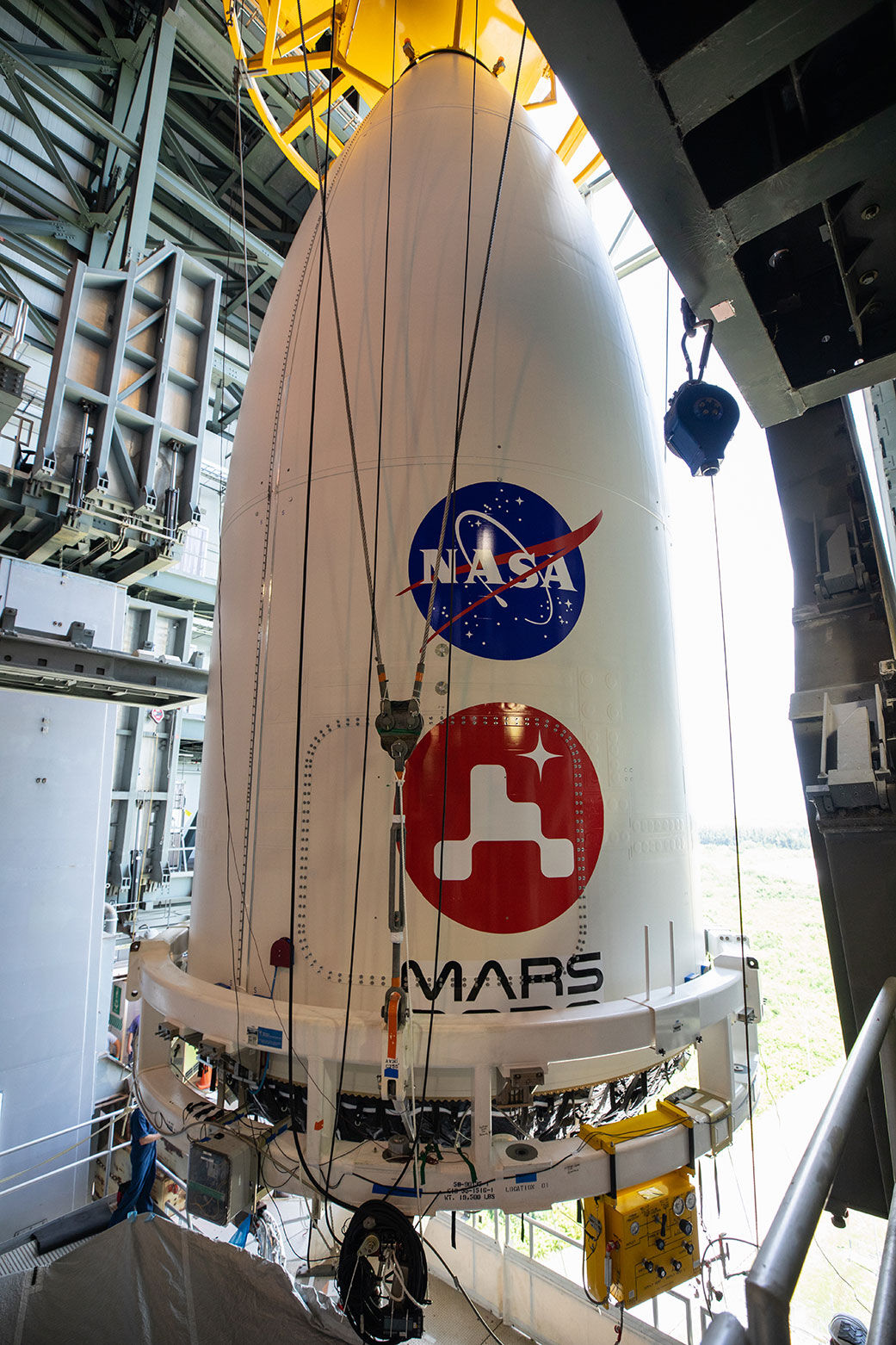 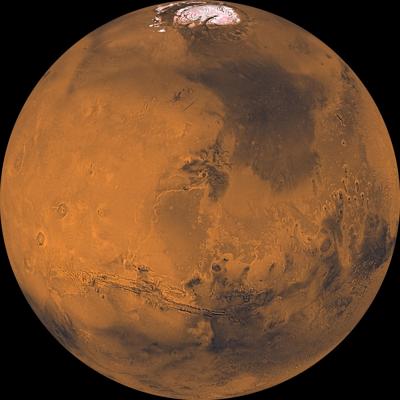 The new Mars Perseverance rover is scheduled to launch from Cape Canaveral tomorrow. The rover is looking for signs of ancient life on Mars and collecting rock and soil samples that will hopefully be returned to Earth by a future mission to the Red Planet. If the launch doesn't happen tomorrow, the window lasts until August 15th. That means the launch could be postponed (for weather or other reasons) and still have time to make the launch window. (Banner image credit: NASA/JPL-Caltech/USGS)

One of the exciting parts of this mission is a helicopter, called Ingenuity, that is going to Mars with the rover. The image above shows an artist's depiction of the rover and helicopter on the Martian surface. The helicopter is testing to see if powered flight is possible on Mars. The scientists who designed it believe it is, but the Mars atmosphere is only 1% as dense as Earth's atmosphere. That makes it more difficult to generate lift needed for the helicopter to fly. The engineers who designed the helicopter had to make everything on board smaller and lighter to give it the best chance of getting off the ground.

NASA says this will be the first test of powered flight on another planet! The image above shows an artist's depiction of what the helicopter will look like on the Martian surface. There will be seven other instruments mounted on the rover to better study the planet; you can read about each of those instruments here. The rover and helicopter both have "autopilot" navigation and commands so instructions don't have to constantly be sent from Earth.

The Perseverance Rover (and all the instruments going with it) are in this nose cone (pictured above) ready to be mounted on the Atlas V rocket that will send it to space. Click here to watch the launch live! The rover is scheduled to land on Mars around February 18, 2021, and will spend at least a full Martian year (roughly two Earth years) on the planet.