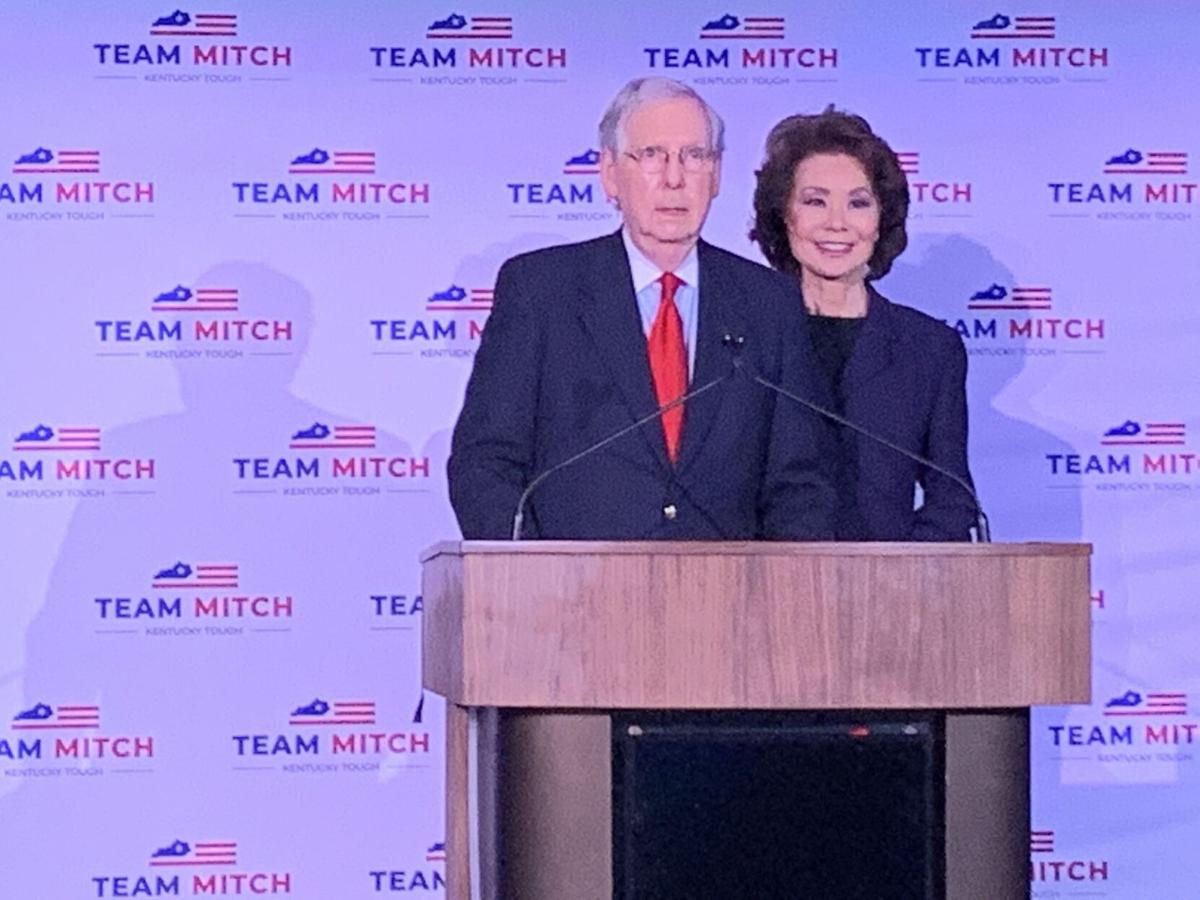 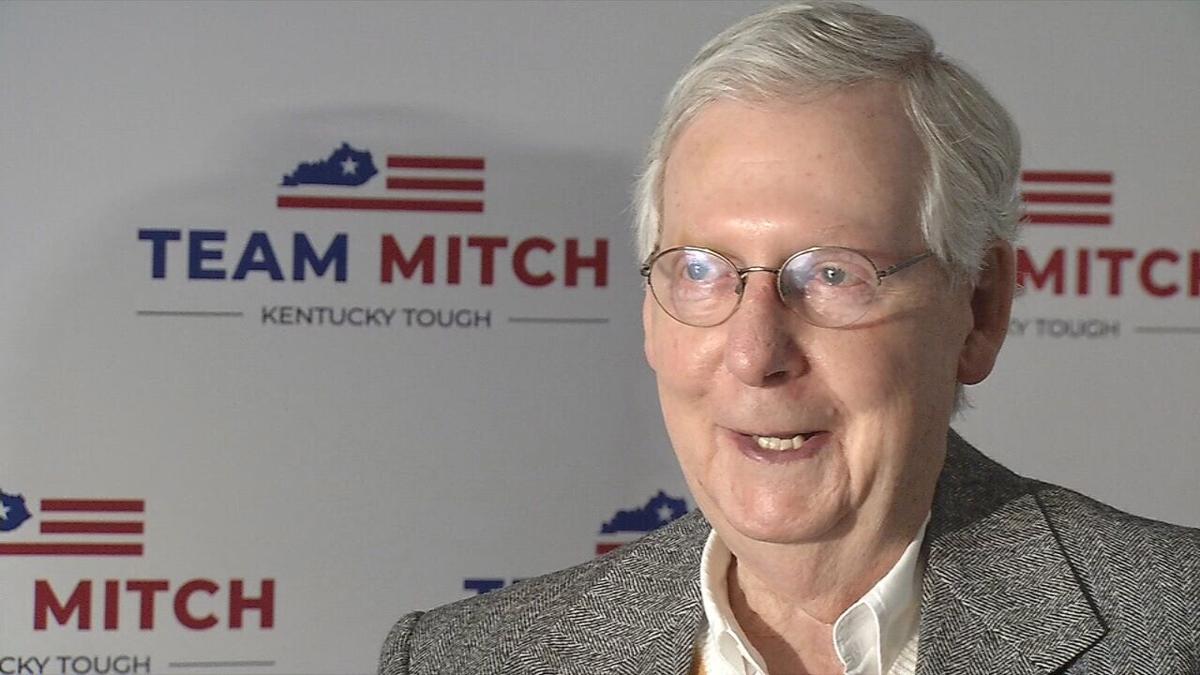 McConnell, who was first elected to the Senate in 1984, secured his seventh term by so running up the score in Kentucky's rural counties that his victory was clear well ahead of full results in Democrat-leaning Jefferson and Fayette counties.

McConnell, a Republican, was the heavy favorite in the race, with polls showing double-digit leads and data crunchers at FiveThirtyEight.com giving him a 96% chance of prevailing. A Democrat hasn’t won a statewide election for a federal office in Kentucky since President Bill Clinton in 1996.

In his victory speech, McConnell noted, as he had throughout the race, that he is the only one of the four Congressional leaders not from California or New York.

He said his victory is important for the American heartland.

"The working people in this country who make things, and grow things, and mine things and raise families in our smaller cities and towns and teach our kids our values are going to keep their voice, keep their influence and help our nation come back even stronger," McConnell said.

McConnell deployed much the same playbook against McGrath as he did against Alison Lundergan Grimes in 2014, suggesting she was too liberal for the state and would be a pawn of New York and California Democrats in Congress.

He also stressed, just as he did six years ago, that it would be unwise for Kentuckians to trade in the clout he has earned having ascended to the top of the Senate for a back-bench senator.

The 2020 race was different in one respect: Antipathy toward McConnell from around the country resulted in McGrath significantly outraising the six-term senator. As of Sept. 30, McGrath had raised $84 million to McConnell’s $54 million.

McConnell, who has long been among the fiercest opponents of restrictions on money in political campaigns, shrugged when asked on Monday about having been outspent for the first time in his career.

“I am big believer in the right of people to contribute to causes they believe in,” he told WDRB in an interview. “I think I’m going to demonstrate that you can be outspent by $40 million and still win.”

Despite her fundraising prowess, McGrath stumbled out of the gate in July 2019 when she flip-flopped on whether she would vote to confirm Brett Kavanaugh, President Trump’s nominee to the Supreme Court.

I’m so proud of what this grassroots campaign achieved. This race was never about me - or Mitch McConnell - it was about Kentuckians. The legacy of this campaign will be that we don’t have to accept politics as usual. I look forward to building a better future for Kentucky. pic.twitter.com/SHlweJof1I

Her efforts to appear inoffensive to right-leaning Kentucky voters didn’t sit well with the state’s progressive base, and she nearly lost the June primary election to State Rep. Charles Booker of Louisville, who ran on a more authentically left campaign.

McConnell’s campaign then used Booker’s words about McGrath against her in a TV ad. Booker said, “I know that Kentuckians can smell BS from miles away.”