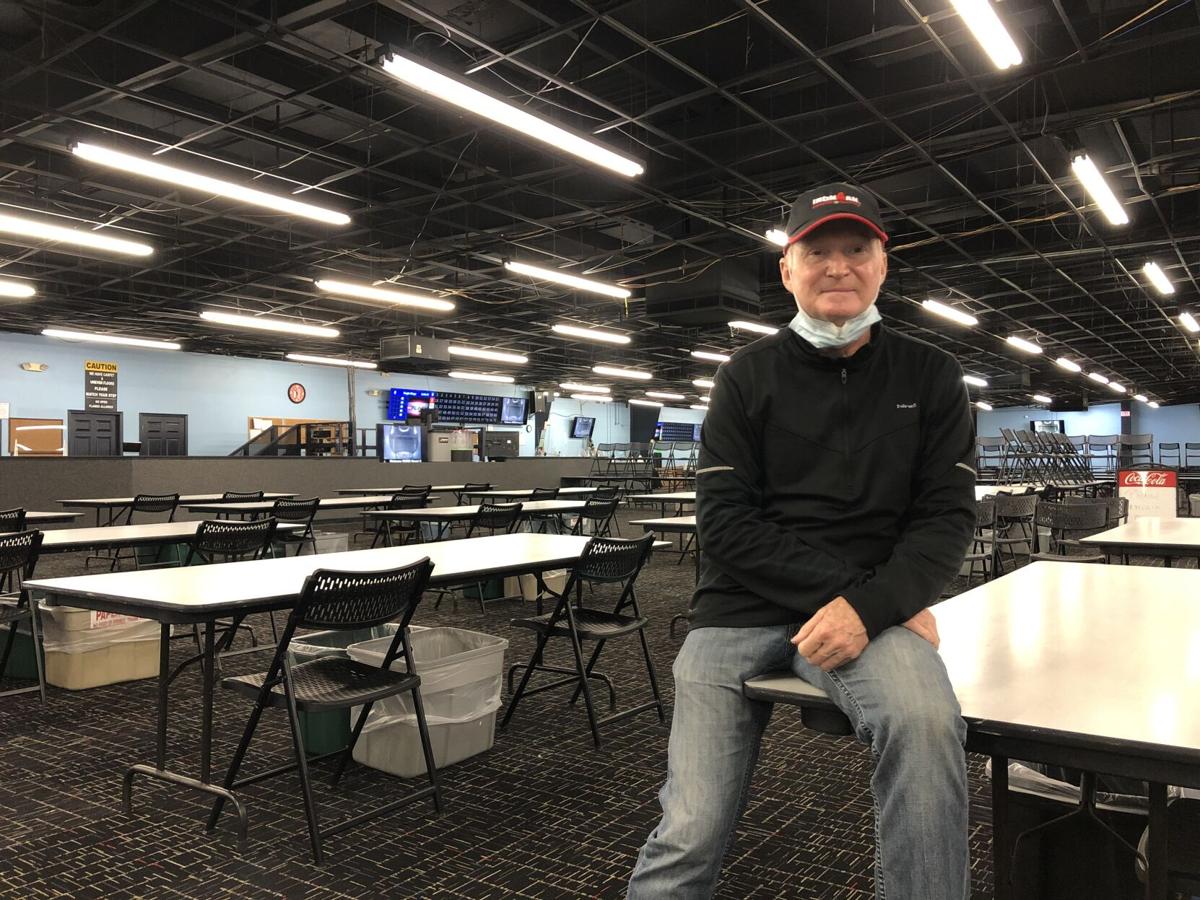 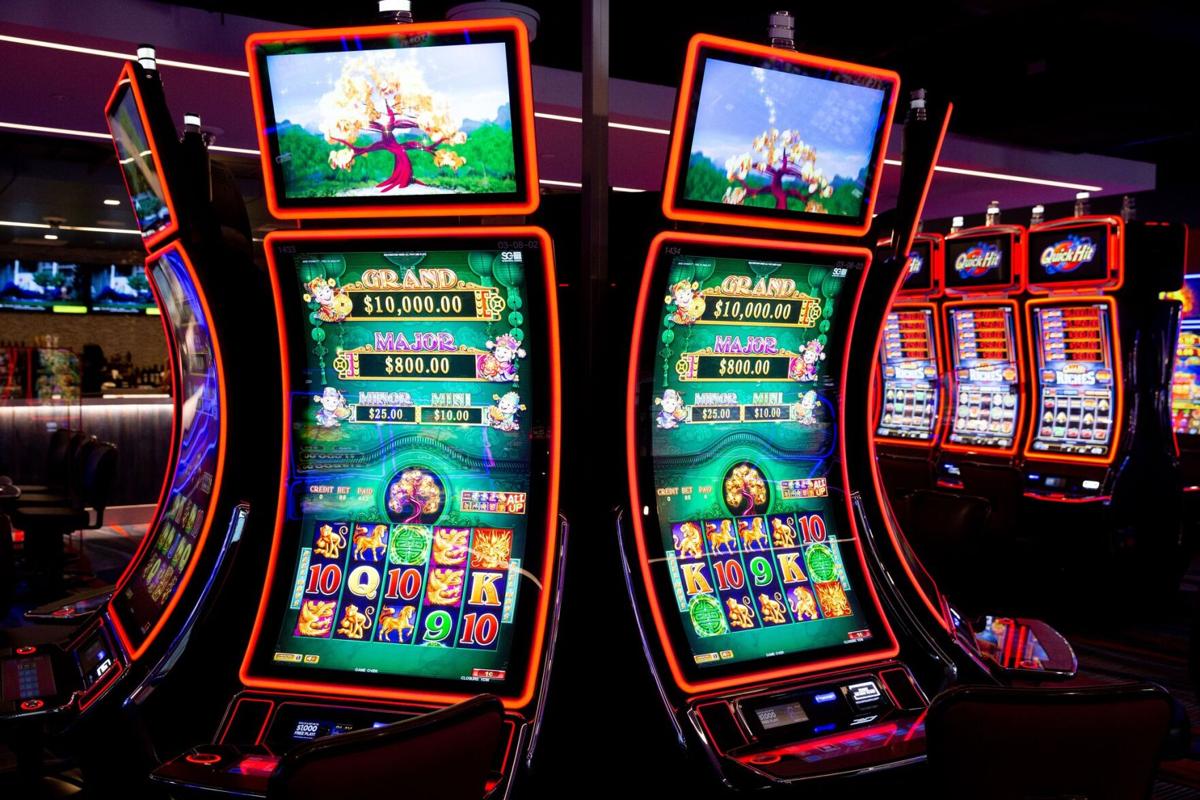 LOUISVILLE, Ky. (WDRB) – Even as he says Kentucky is “at war” with the coronavirus, Gov. Andy Beshear is still allowing hundreds – even thousands – of people to gather under the same roof to play slot-like gaming machines at facilities owned by state’s influential horse tracks.

But another form of gaming is feeling the full brunt of Beshear’s latest COVID-19 restrictions: bingo and other charitable games that benefit hundreds of good causes around Kentucky.

Charity Hall Bingo off Dixie Highway – which calls itself Louisville’s “largest” bingo hall – is no longer running nightly bingo games, whose profits help fund organizations like Kosair Shriners and the Coalition for the Homeless.

Those games aren’t viable because the 20,000-square-foot facility that can accommodate 600 people under normal circumstances is now limited to 25 under Beshear’s Nov. 18 executive order, the same directive that temporarily closed schools to in-person instruction and restaurants to indoor dining.

Across town, Derby City Gaming, the casino-like gaming venue owned by for-profit Churchill Downs Inc., can legally accommodate up to 792 people to play the facility’s historical racing terminals, which are nearly indistinguishable from slot machines.

The Beshear administration says charitable gaming facilities like bingo halls are indoor “venues” under the governor’s latest executive order. Those “event spaces” and “venues” – whether a wedding, funeral or bingo hall – are subject to a flat, 25-person capacity per room.

On the other hand, the state’s racetrack-owned historical gaming floors are considered “indoor recreation facilities” – the same as gyms, pool and fitness centers – which permits them to operate at 33% of their normal capacity.

That means the casino-style venues can accommodate up to 1,784 people, in the case of Oak Grove Gaming & Racing (also owned by Churchill Downs), according to figures provided by the Kentucky Horse Racing Commission, which regulates the venues.

In a statement, Beshear’s office said the decision to apply stricter limits to charitable gaming than to historical horse racing “was made through a legal interpretation by the Governor’s Office of General Counsel.”

Randy Scheen, the owner of Charity Hall Bingo, said he doesn’t understand the technical difference between a bingo hall and a gaming floor.

But Scheen does understand a practical difference.

“We’re a small business; we don’t have access to the governor,” Scheen said. “We don’t have lobbyists, we can’t afford that.”

Last year, the nine charities who run bingo and pulltab games at Charity Hall Bingo grossed about $20 million from the people playing the games, according to state statistics.

It takes only about six days for Derby City Gaming to generate the same amount through wagers in the slot-like machines.

The historical racing industry, which faces an uncertain future after an adverse Supreme Court decision, has boomed in the last decade.

In the year ended June 30, gamblers put $2.5 billion into the slot-like machines, generating $156 million in revenue for their racetrack owners after paying winning wagers and $34 million in taxes.

Most of the those taxes go back to the horse industry in the form of enhanced purse money for live racing and other industry causes, but the state got about $15 million.

“The revenue from horse tracks played no role in the capacity decision,” Beshear’s office said.

Beshear reiterated that in response to a question at his briefing on Wednesday, saying the more lax rules for the slot-like gaming are the result of a "legal interpretation" as to which facilities belong in which categories within the executive order, a document which his office made from whole cloth.

"Nothing else had anything to do with it. No revenue, nothing else," Beshear said.

Beshear sidestepped WDRB's request for a public health rationale for the disparate treatment.

When Beshear announced the latest round of restrictions on Nov. 18, the racetracks initially didn’t believe the new rules affected the gaming facilities and Beshear said he doubted he had authorized them to operate at 75% capacity.

In fact, he had, according to a reopening plan the gaming facilities crafted for themselves that Beshear agreed to in May.

A day later, the governor’s office said the gaming venues were considered “indoor recreational facilities” and would have to reduce their capacity to 33%. They would also have to stop indoor food and beverage service just like food courts in malls.

For their part, the venues say they’ve gone beyond Beshear’s mandates to ensure safety by, for example, reconfiguring their gaming floors to space patrons apart.

Tonya Abeln, spokeswoman for Churchill Downs, said the company’s three venues have voluntarily reduced the number of the operable machines to levels below their permitted capacity under Beshear’s order.

Before Beshear’s Nov. 18 order, bingo halls were able to operate at 50% capacity, and Charity Hall Bingo was easily able to separate family units to maintain six feet of distance between them, Scheen said.

Even at a third of normal capacity, he said, the facility could accommodate about 200 people under the same safety rules that apply to the historic horse racing venues and still run viable bingo games.

“We just want an even playing field,” Scheen said.