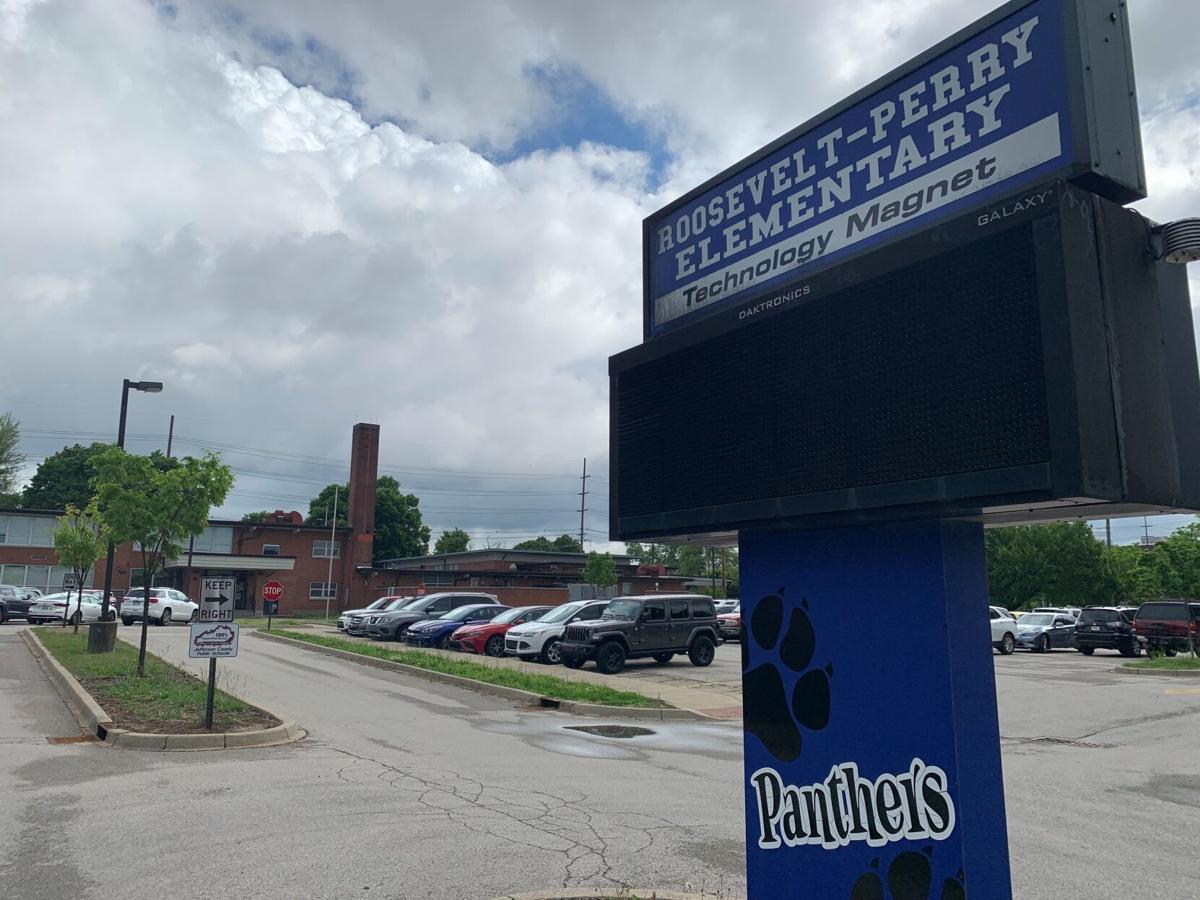 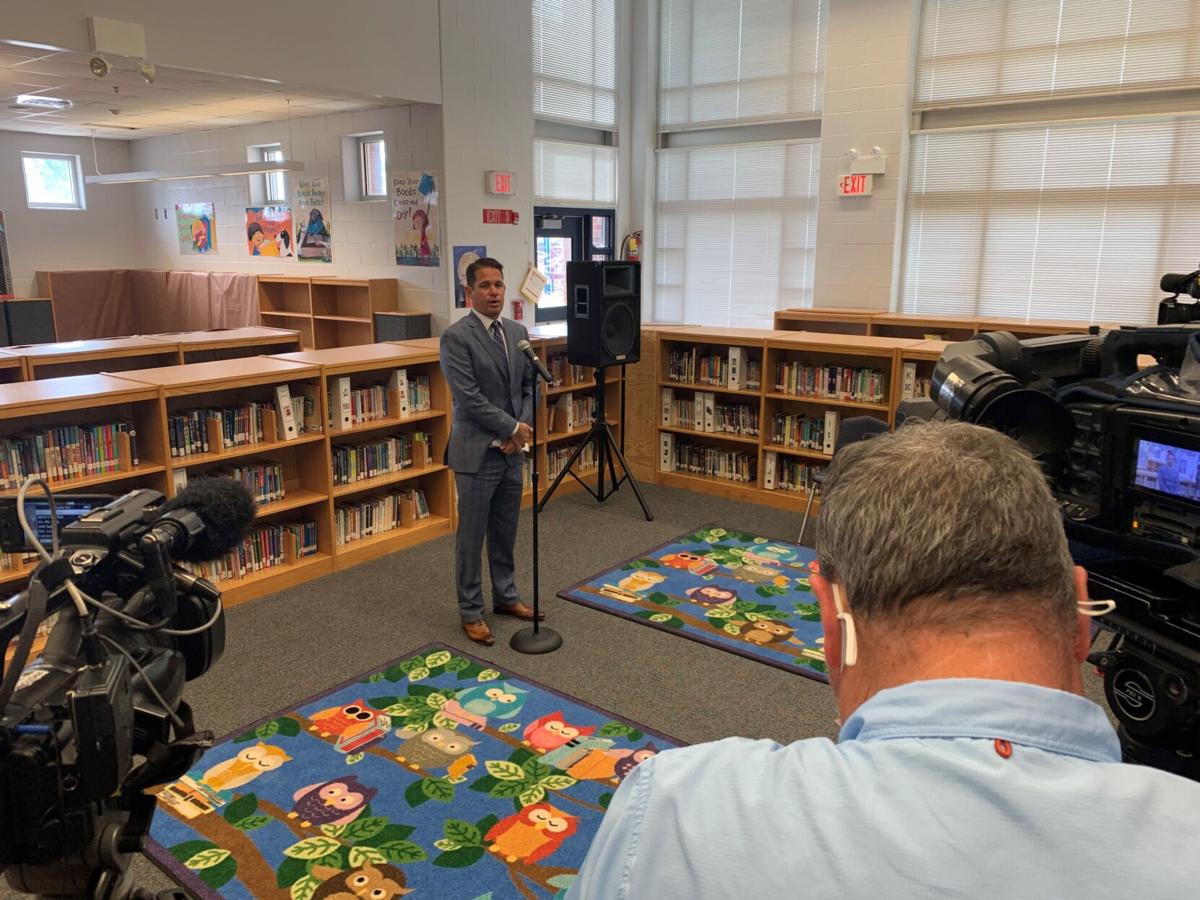 LOUISVILLE, Ky. (WDRB) -- The Grace James Academy of Excellence may have a new temporary home at Roosevelt-Perry Elementary School as the Jefferson County Board of Education considers accelerating plans to consolidate two schools in west Louisville.

The board is scheduled to discuss Tuesday moving the Grace James Academy — an all-girls magnet school that features an Afrocentric curriculum focused in science, technology, engineering, arts and math — to Roosevelt-Perry once it merges with Wheatley Elementary School in August.

The board will need to approve merging the two elementary schools in west Louisville ahead of schedule for the 2021-22 school year and transitioning the Grace James Academy, which opened this school year in the DuValle Education Center, to the Roosevelt-Perry building at 16th Street and Broadway at a later meeting.

Jefferson County Public Schools Superintendent Marty Pollio said he expected to break ground on the district’s new elementary school, which will replace Roosevelt-Perry and Wheatley, near the new YMCA on Broadway within the next two months. Transitioning to the new school about 18 months later once it’s finished will be easier with students and staff from both schools already learning and working together under one roof, he said.

“What we want to make sure we do is to start bringing together the two communities, Wheatley and Roosevelt-Perry, so that we can make that move in the middle of the year,” Pollio said during a Monday news conference. “... We want to start to build community.”

Families of Roosevelt-Perry students will be given flexibility to enroll at other elementary schools in its cluster — Byck, Coleridge-Taylor, Dunn, Wilder, Lowe and Zachary Taylor — for the 2021-22 school year, and the district’s student assignment office will also help those families attend schools other than the consolidated Roosevelt-Perry and Wheatley school, said Renee Murphy, the district’s communications chief.

The Grace James Academy will have 300 students in sixth and seventh grades next school year and room for short-term growth as the board considers a permanent location and possible high school expansion for the new school.

“This is a perfect home for the Grace James Academy of Excellence, and we’re excited to bring them into this building where they can grow,” he said.

Grace James Academy is the second JCPS school geared toward students of color after the all-boys W.E.B. DuBois Academy, which is adding high school grades starting with its inaugural freshman class in the 2021-22 year.

Pollio believes the W.E.B. DuBois Academy's success has made the potential expansion of Grace James Academy easier to accomplish.

"the passion and energy was already there in the community because of what people saw in W.E.B. DuBois, and so there is no doubt that I think everyone wants to see a very successful school just like W.E.B. DuBois but for our young ladies," Pollio said.

The JCPS board still needs to approve the plan to consolidate Roosevelt-Perry and Wheatley elementary schools earlier than expected and allow the Grace James Academy to move to Roosevelt-Perry.

Diane Porter, the board's chairperson who represents District 1, said she was "honored" to attend Monday's news conference and that she had not heard any "bad talk" in the community about the proposed merger and move.

The district, she said, is "not trying to destroy the histories" of Roosevelt-Perry and Wheatley elementary schools. Those she has spoken to about the proposal are excited that the Roosevelt-Perry building may soon be home for the Grace James Academy, she said.

"Nobody wants Wheatley to go away, nobody wants Roosevelt-Perry to go away historically," Porter said. "But I think that we're offering a clear opportunity for our students and our staff and our parents to feel comfortable with the situation."