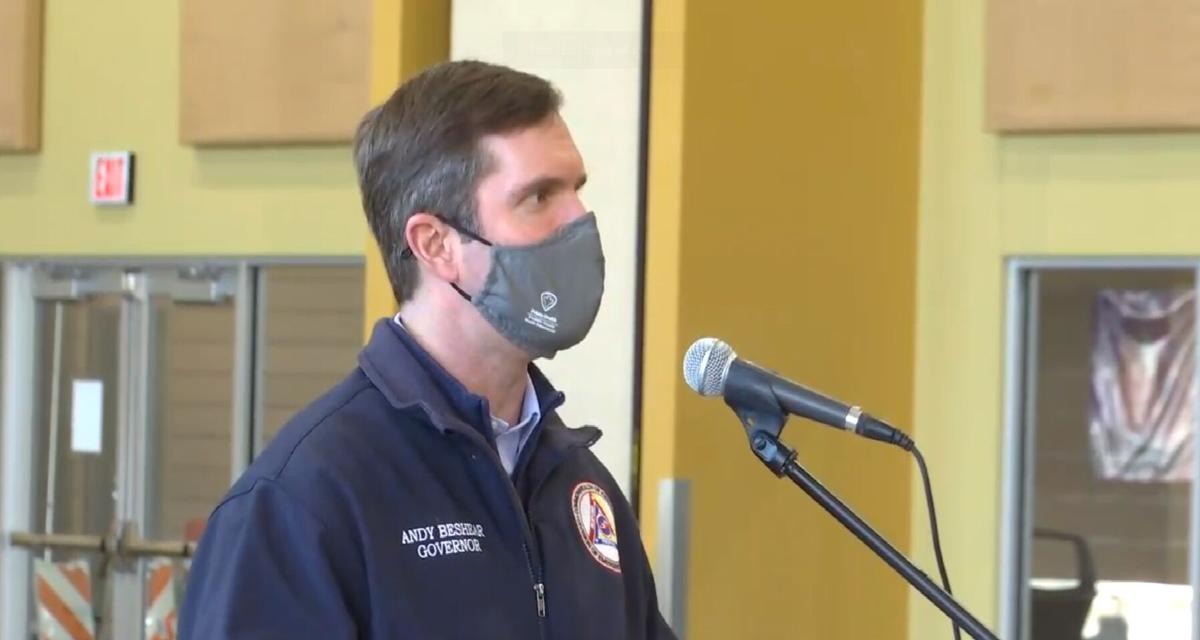 After nearly three hours in a closed session, the impeachment committee voted to throw out requests submitted by the Kentucky Liberty PAC and the group Take Back Kentucky. Both were filed Monday.

The committee chair, state Rep. Jason Nemes (R-Louisville), said those two filings "were not sufficient on their face. They didn't meet the statutory requirements."

Four citizens moved to impeach Beshear (D) in January for his handling of the state's coronavirus pandemic, accusing the governor of violating their constitutional rights. Beshear has defended his orders as necessary and constitutional; the Kentucky Supreme Court has ruled that the response was legal.

As part of its investigation, the seven-member House committee has honed in on how the governor made decisions about restrictions to interstate travel and in-person religious services during the pandemic's early days last year.

In late January, it asked Beshear's office to produce a sweeping list of communications, from emails to text message and phone records, about enforcement actions at churches and the runup to the travel ban. The deadline for responding to the committee was Monday, February 1.

On Friday, Nemes wrote again to the governor's general counsel, Amy Cubbage, saying that the administration had not produced the documents requested and once more asking for them by 6 p.m. Monday, February 8.

"In the prior submission we did not receive any emails, letters, phone logs, fax logs, or recordings," Nemes wrote. "This is not acceptable. If necessary, these records may be subpoenaed."

Sebastian Kitchen, a Beshear spokesman, said in an email that the governor's office will submit its response to the committee on Monday.

Beshear is one of three elected officials whom citizens have sought to impeach during the 2021 Kentucky General Assembly, joining Attorney General Daniel Cameron (R) and state Rep. Robert Goforth (R).

Three members of a special grand jury formed to review the fatal Louisville police shooting of Breonna Taylor want Cameron removed from office. They accuse the first-term AG and his staff of withholding information from jurors, and misleading them and citizens to create a politically beneficial outcome.

On Friday, Nemes asked Deputy Attorney General Barry Dunn to produce by Monday any audio recordings or transcripts of instructions that Cameron or his staff gave to grand jurors "not already released through separate court proceedings."

Cameron's office released about 15 hours of recordings from the grand jury's work in early October, but its recommendation to jurors was not included in the tapes. Cameron's attorneys recommended wanton endangerment charges against former LMPD Detective Brett Hankison for shooting into an apartment near Taylor's unit on March 13, 2020. The jury ultimately indicted Hankison on those charges.

One juror later said that when Cameron's office presented the recommended charges against Hankison, "almost all of the people at once said, 'Isn't there anything else?' And it was asked more than once if any other charges could be brought."

No action was taken in the Goforth petition. He is accused of choking a woman with an ethernet cable and trying to "hog tie" her during a domestic dispute.

Nemes said Friday there is no timeline for the committee's work to end.

No governor has been impeached in Kentucky history.