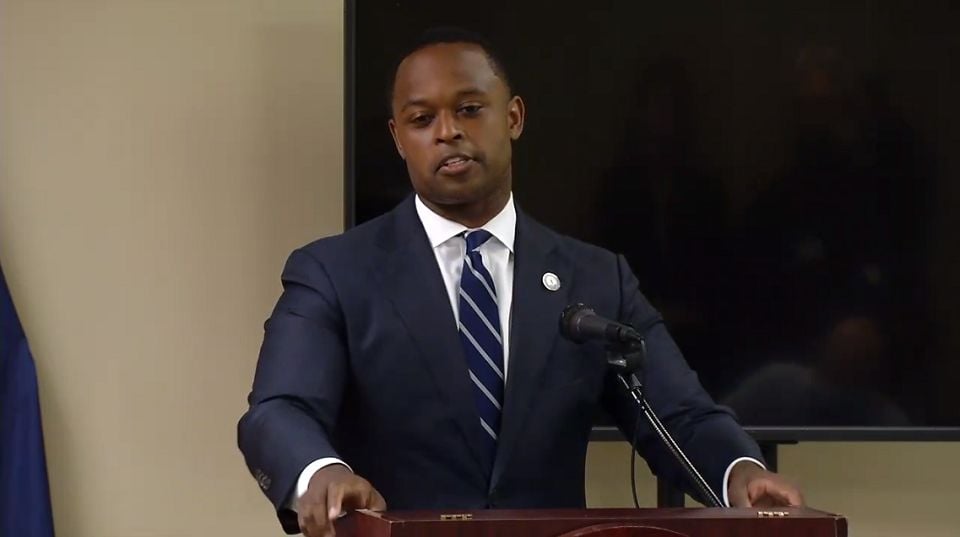 LOUISVILLE, Ky. (WDRB) -- Kentucky Attorney General Daniel Cameron said Thursday his office is still receiving information from Louisville police and he declined to provide a timeline on when the investigation of the officers involved in the death of Breonna Taylor would be finished.

Since the investigation is ongoing, Cameron also said he would not discuss specifics, but noted that he has heard the pleas for a decision and that his office is "working around the clock to follow the law to the truth."

"You have my commitment that our office is undertaking a thorough and fair investigation," he said, adding that he understood the community's urgency. "I can assure you by the end of our investigation, we will do what is right. We will find the truth."

Cameron said besides reviewing the information still being provided by the LMPD Public Integrity Unit, his office and the FBI are conducting their own independent investigations.

"We believe that the independent steps we are taking are crucial for the findings to be accepted both by the community and by those directly involved in the case," Cameron said. "An investigation of this magnitude, when done correctly, requires time and patience."

LMPD is still providing information to his office "incrementally," Cameron said. He declined to say what necessary information, if any, had not been turned over.

And Cameron asked for patience from the community.

"It takes time," he said. "It's important that we get this right."

When asked if his investigation was limited to the three officers involved in the shooting, Cameron declined to be specific but said "our investigation is looking at everything."

Taylor was shot and killed during the early morning hours of March 13, when LMPD officers served a search warrant at her home. Her boyfriend, Kenneth Walker, says he thought someone was breaking into the home and opened fire. LMPD officers returned fire, and Taylor was struck. She died from her injuries.

An LMPD officer was also injured in the gunfire exchange. Walker was initially charged with attempted murder of a police officer, but that charge was later dropped.

Hundreds of protesters have marched through Louisville for three weeks, demanding that the officers involved in the raid be fired and charged.