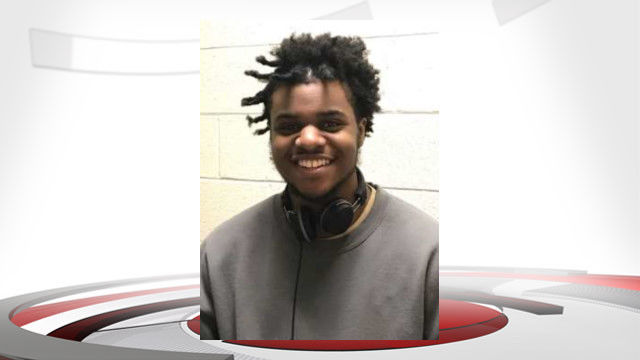 Jeremiah Carter was 14 but charged as an adult for opening fire on spectators at the Derby week parade on Broadway, striking two teens who received non-fatal injuries.

LOUISVILLE, Ky. (WDRB) -- A teenager convicted in the 2016 Pegasus Parade shooting and subsequently charged with murder in a separate incident while on home incarceration will be released on probation in both cases.

Jeremiah Carter was 14 but charged as an adult for opening fire on spectators at the Derby week parade on Broadway, striking two teens who received non-fatal injuries. He pleaded guilty in February 2018 and was sentenced to 15 years behind bars.

Now 18, Carter was up for re-sentencing Tuesday morning — a required procedure under state law when juveniles are convicted as adults — giving Jefferson Circuit Court Judge Olu Stevens the opportunity to either send him to prison or grant him probation.

Prosecutors asked that Carter serve the 15 years in prison, citing the seriousness of the crime and the fact that he was charged with shooting and killing a man in 2017 while released on home incarceration.

The murder charge was reduced in a plea bargain to second-degree manslaughter as Carter claimed he shot and killed 37-year-old Kontar Dwayne Roberson in self-defense. He pleaded guilty in June.

However, in a legal rarity, the sentence in the Roberson slaying depended on how Stevens ruled Tuesday. He could either be sentenced to up to 10 years or be released on probation.

The plea agreement in the manslaughter conviction essentially left the decision of whether Carter should go to prison in both cases up to Stevens.

If Stevens gave Carter probation in the parade shooting conviction, then the teen would also avoid incarceration and receive probation in Roberson's case, according to the plea bargain.

“Given his choices while on home incarceration, we are disappointed with the judge’s ruling,” Assistant Commonwealth’s Attorney Elizabeth Jones Brown said after the hearing Tuesday.

Carter’s attorney, Rob Eggert, and state social workers, argued during the hearing that Carter has obtained his high school diploma, had a job, completed anger control treatment and was a model inmate while in juvenile custody.

“He has done everything he can,” Eggert told Stevens, also noting that Carter was a young teen when the parade shooting occurred.

Eggert reiterated that the Roberson shooting was self-defense, arguing Roberson assaulted a woman who fled and ended up in front of Carter's home. Roberson followed and threatened Carter, his mother and people he was with when the shooting took place, Eggert said.

In addition, Eggert argued that Carter has a “motive” to stay out of trouble as he is facing 25 years in prison if he violates his probation.

Carter was released on home incarceration in August 2016 and allowed to enroll in Jefferson County Public Schools. He was taken back into custody after shooting and killing Roberson in October 2017.

Jones Brown told Stevens that while Carter may have believed he was acting in self-defense when he shot Roberson, in fact, Roberson did not have a gun on him. And Carter was in unlawful possession of a gun while on home incarceration, she said.

In addition, regardless of the outcome of the manslaughter case, the parade shooting was a serious offense that should mandate prison time, the prosecutor argued. Carter was convicted of two counts of first-degree assault for shooting two teens at the parade, wanton endangerment, gun charges, drug trafficking and fleeing.

“This case itself is hugely serious,” she said. “He made the decision to take a gun to the parade.”

Another teen charged in the case was sentenced in juvenile court, which is not open to the public. A 14-year-old girl and 17-year-old boy were shot during the May 5, 2016, parade, an annual Kentucky Derby Festival tradition.

Carter, who has a young child, did not speak during the hearing.

“If I didn’t have a son, I don’t think I’d be doing as good as I’m doing," he said in court records. "I am changing not just for myself but for my son”

Stevens, who had released Carter on home incarceration, said he was shocked that the teen shot and killed someone after being released.

“A very good argument can be made that you should not have been on HIP,” the judge told Carter. “If you had not been on HIP, you would not have had occasion to commit that offense. That decision … ended up with someone being killed, and so I certainly didn’t envision that.”

While saying it was difficult to release Carter again, Stevens said he was impressed by the testimony of those who praised the teen for his conduct since the parade shooting. And the judge said he had to take Carter's age into account.

“That is a very difficult and harsh penalty to pay for activities you conducted when you are 14,” Stevens said.

The judge warned Carter that if the teen violated his probation, including owning a gun, he faced 25 years in prison.

“This is a do-over for you and me,” Stevens said. “I’m expecting you to make the most” of the opportunity.