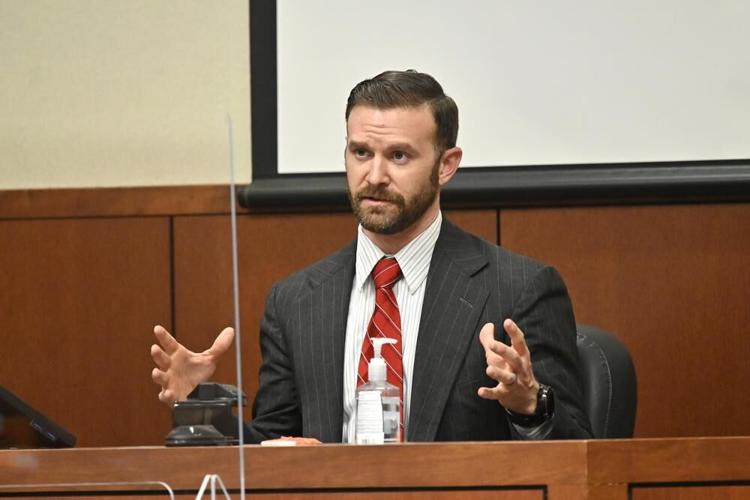 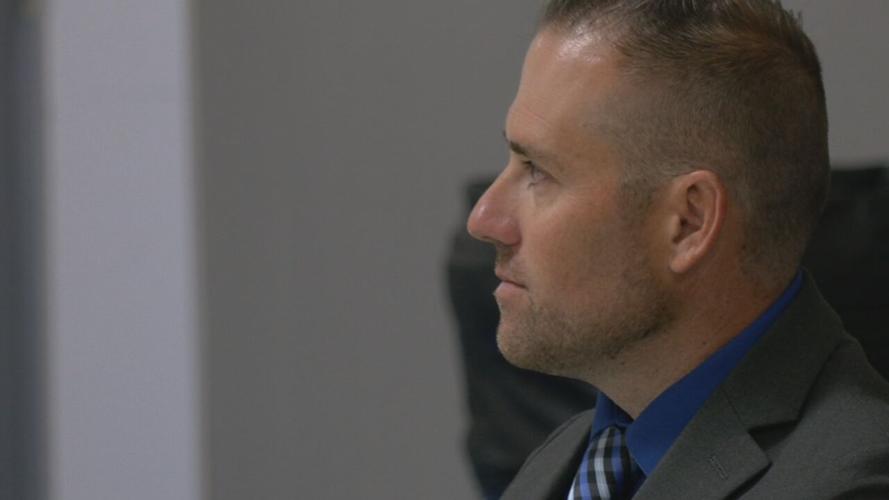 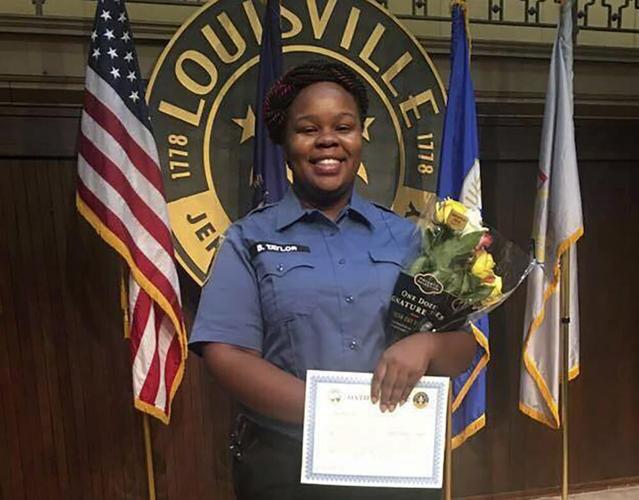 Joshua Jaynes and Kyle Meany were supposed to face trial in October.

LOUISVILLE, Ky. (WDRB) – The October trial dates have been delayed until next year for two former Louisville Metro Police officers charged with federal crimes in connection with the fatal raid on Breonna Taylor’s home in 2020.

U.S. Attorneys have already filed more than 300,000 pages of documents, dozens of video recordings and data from cell phones and GPS trackers in the cases against former detectives Joshua Jaynes and Kyle Meany.

Because of the voluminous amount of evidence, both the prosecution and defense attorneys agreed to request the judge declare it a “complex case,” meaning it will require several months to prepare for trial.

At one point during a hearing in U.S. District Court in Louisville on Wednesday, attorney Brian Butler, who is representing Meany, suggested rescheduling the trial date for April or May of next year.

But a prosecutor told the judge and attorneys that “another significant batch” of evidence – perhaps larger than what has already been provided – would soon be turned over to defense attorneys.

With that, U.S. District Court Judge Charles Simpson declined to set a new trial date, instead scheduling a status hearing for Feb. 21.

While the defense attorneys have also talked about the possibility of moving the trial out of the area because of pre-trial publicity, both sides agreed it was premature to discuss right now.

Jaynes and Meany will remain out on bond. Both have pleaded not guilty.

In August, the U.S. Department of Justice charged four former Louisville police officers with federal crimes in connection with the March 13, 2020, raid of Taylor’s home.

Jaynes, Meany and Brett Hankison face charges that include civil rights offenses, unlawful conspiracies, unconstitutional use of force and obstruction.

Another former officer, Kelly Goodlett, has already pleaded guilty to conspiracy for knowingly including false information in the search warrant affidavit used to raid Taylor’s home and then conspiring with Janes to cover it up.

Goodlett is expected to work with prosecutors and possibly testify against other officers. She will not be sentenced until the trials of the other three officers have concluded.

Attorney Thomas Clay, who represents Jaynes, told reporters Wednesday that his client “has a lot to say” but would save it for the courtroom. He said Jaynes would not be considering any plea agreement.

Clay also said that his examination and those of experts in the field have shown Jaynes “did a very thorough and professional job” in preparing the search warrants for the night of the Taylor raid.

Taylor was inside the apartment with her boyfriend, Kenneth Walker, when police burst in early in the morning on March 13, 2020.

Police were looking for money or drugs involving Jamarcus Glover, who was at the center of a narcotics probe by Louisville police. The warrant for Taylor's home was executed around the same time that police served other warrants on suspected drug houses in the city's west end — some 10 miles away.

LMPD has claimed that while Jaynes obtained a "no-knock" warrant, police repeatedly knocked on Taylor's door and announced themselves before knocking it in.

Walker has said he never heard police announce themselves and believed the couple was being robbed. He fired a shot, hitting former officer Jonathan Mattingly in the leg.

No drugs were found in her home.

Jaynes and Meany "drafted and approved what they knew was a false affidavit to support a search warrant for Ms. Taylor's home," Assistant U.S. Attorney General Kristen Clarke has said. "That false affidavit set in motion events that led to Ms. Taylor's death when other LMPD officers executed that warrant."

Hankison was indicted on two charges of deprivation of rights for firing into a bedroom window in Taylor's apartment that was covered with blinds and a blackout curtain after "there was no longer a lawful objective justifying the use of deadly force," according to the indictment.

He also faces charges for shooting through a wall of Taylor's apartment and into a neighboring unit, endangering three people, including a then-3-year-old boy.

His trial is scheduled for August 2023.

Jaynes asked a judge to approve a search warrant for Taylor's home a day before the early-morning raid. He claimed in an affidavit presented to Jefferson Circuit Judge Mary Shaw that a postal inspector verified that drug suspect Jamarcus Glover, who had dated Taylor, was using Taylor's home to receive parcels.

The information was false.

Tony Gooden, a U.S. postal inspector in Louisville, told WDRB News in May 2020 that Louisville police didn't confer with his office. He said a different law enforcement agency asked his office in January 2020 to investigate whether any potentially suspicious mail was going to the unit. The local office concluded that there wasn't.