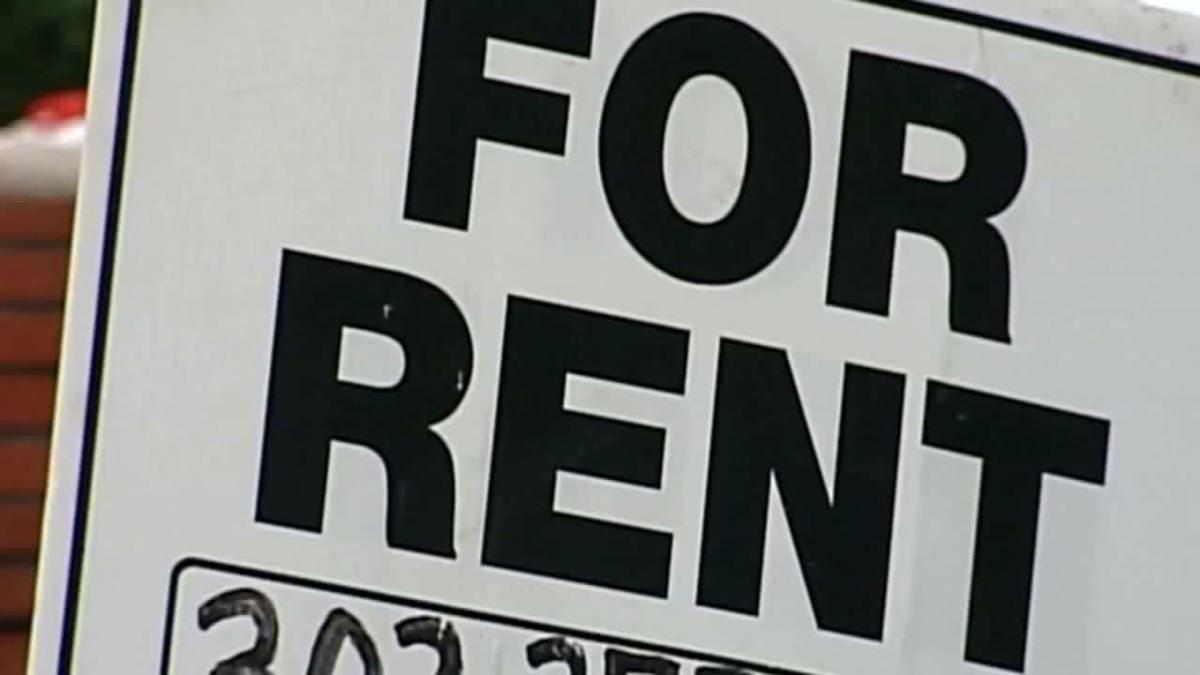 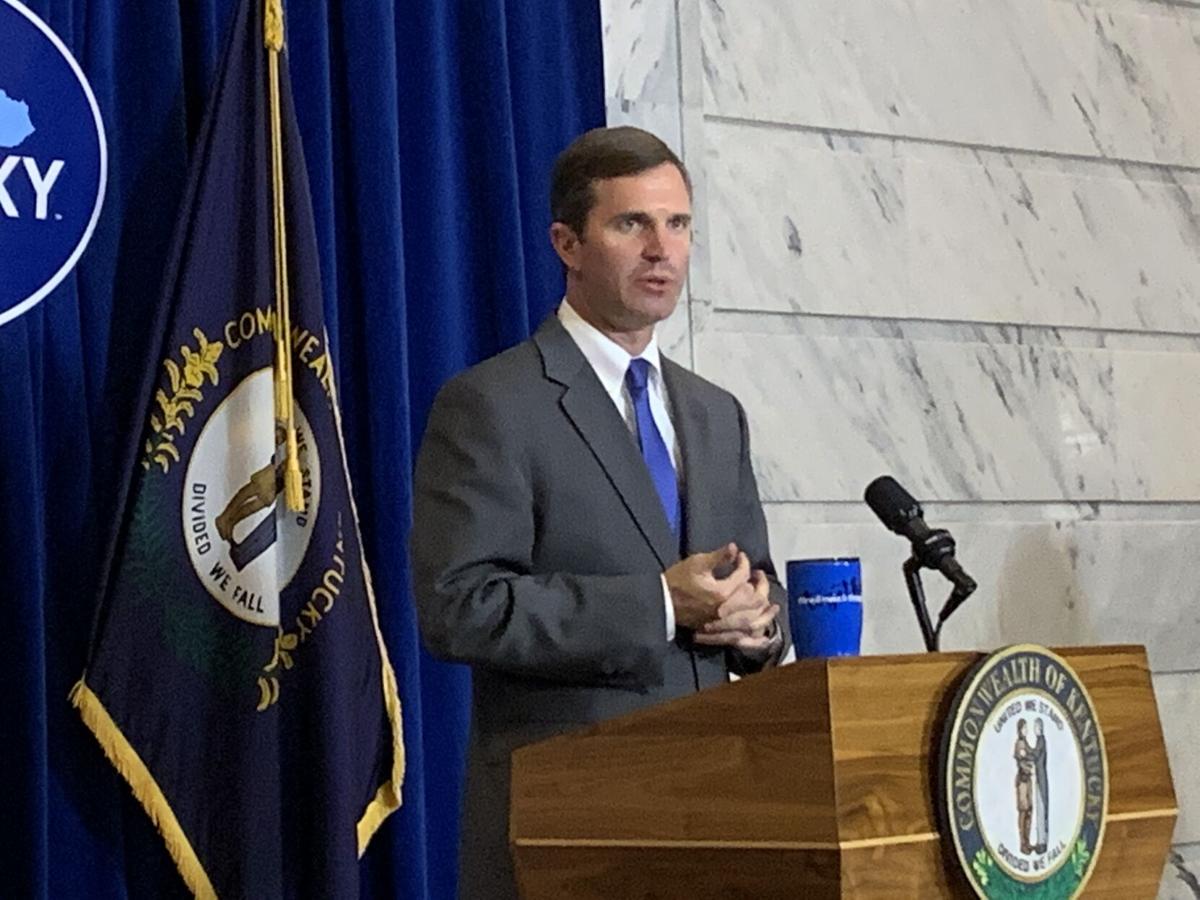 Kentucky Gov. Andy Beshear speaks during a briefing on the COVID-19 pandemic on Wednesday, July 22, in Frankfort, KY.

Kentucky Gov. Andy Beshear speaks during a briefing on the COVID-19 pandemic on Wednesday, July 22, in Frankfort, KY.

LOUISVILLE, Ky. (WDRB) – A court-ordered mediation on Thursday involving Gov. Andy Beshear’s office could determine when Kentuckians will once again face eviction for failing to pay rent, with the state Supreme Court saying it’s ready to process those cases as soon as next week.

Meanwhile, Indiana’s eviction and foreclosure moratorium is set to expire Friday, and Gov. Eric Holcomb’s office declined to say whether he is considering extending it for the third time. (“The Governor will provide an update tomorrow,” spokeswoman Rachel Hoffmeyer said Tuesday).

With other support such as enhanced unemployment benefits in limbo, advocates worry about a flood of evictions putting renters on the street amid a weak job market and childcare challenges.

But some landlords say it’s time to remove blanket prohibitions shielding even those tenants with the means to pay from the consequences of not doing so.

There could be 361,000 eviction filings in Kentucky and Indiana during the next four months, according to an analysis of U.S. Census survey data by business consulting firm Stout Risius Ross LLC. The firm estimates that 221,000 households in Kentucky and 314,000 in Indiana are unable to pay rent and “at risk” of being evicted.

Beshear in March implemented an indefinite suspension in Kentucky of evictions for nonpayment of rent because of the coronavirus state of emergency.

But the Kentucky Supreme Court muddied the waters on Monday by issuing an order saying courts will accept eviction filings once again on Aug. 1, without explaining the apparent conflict with Beshear’s prohibition. Chief Justice John Minton did not respond to a request for comment on Tuesday.

“I think there is a great deal of uncertainty right now … because you’ve got a Supreme Court order that says one thing and you’ve got a governor’s executive order that says another,” said Christopher Wiest, a Kenton County attorney representing three northern Kentucky landlords and the Greater Cincinnati Northern Kentucky Apartment Association, who are suing to overturn Beshear’s eviction moratorium.

Beshear said Monday that his eviction order remains in effect despite the Supreme Court’s latest move. But Beshear also pointed to a mediation scheduled Thursday in federal court in Covington. The governor’s office did not respond to a request for comment.

During the mediation, lawyers representing the Kentucky court system, the governor’s office and the Northern Kentucky landlords will meet under the supervision of a federal judge in hopes of resolving differences on eviction filings.

“The process is about protecting those that can’t pay their rent because of COVID(-19) or the hardships related to it, while not letting other people game the system,” Beshear said during his media briefing Monday. “And we know that most people out there are suffering and can’t pay the rent. But it’s only fair to those business owners that we have a process in place to where those that can (pay rent), do.”

The Kentucky Equal Justice Center, an legal advocacy group for low-income Kentuckians, said in a statement Tuesday that it’s “deeply concerned” the Supreme Court’s order allowing eviction filings to resume next week “foreshadows a settlement on Thursday that includes Governor Beshear agreeing to lift the moratorium on evictions for nonpayment of rent during a global pandemic.”

In a letter Tuesday, the Equal Justice Center and a half-dozen housing-related nonprofit organizations implored Beshear to keep the moratorium in place or provide a minimum of 60 days’ notice before lifting it.

“We will only make it through this together if you don’t throw the millions of Kentuckians who rent their homes overboard by allowing landlords to evict them for nonpayment of rent during the twin calamities of an escalating pandemic and coincident economic crisis,” the groups wrote to Beshear.

But the northern Kentucky landlords object to Beshear’s blanket prohibition against evictions, saying it relieves tenants of rent obligations even if they have remained employed or have received unemployment benefits in excess of their prior wages through the $600-per-week federal unemployment supplement that expired last week.

“(S)ome tenants have abused the system, the situation, and their landlords, leaving the landlords with costly bills, maintenance costs, and utilities, while the tenants literally have thumbed their nose at the landlords,” the landlords alleged in a July 7 court filing.

Neither the Kentucky nor Indiana eviction moratoriums absolve tenants of their legal obligations to pay rent. Rather, they delay the consequences of non-payment.

RELATED: Rental assistance is available for Louisville Metro residents. Here's how to apply

Federal protections for some renters

Another wrinkle is that some properties are subject to federal restrictions on evictions thanks to the CARES Act coronavirus relief bill Congress passed in March.

These are homes and apartments that are tied to the federal government, such as through Section 8 rent payments, ownership by a public housing agency, Low Income Housing Tax Credits or mortgages backed or securitized by federal entities such as Fannie Mae, Freddie Mac, the Federal Housing Administration, the Department of Veterans Affairs or the Department of Agriculture.

If evictions are allowed to proceed in either state, renters in these homes are entitled to 30 days’ notice and could not be forced to vacate until Aug. 24 at the earliest.

Meanwhile, Congress is negotiating a new virus-relief package that could renew the eviction protections for federally backed properties.