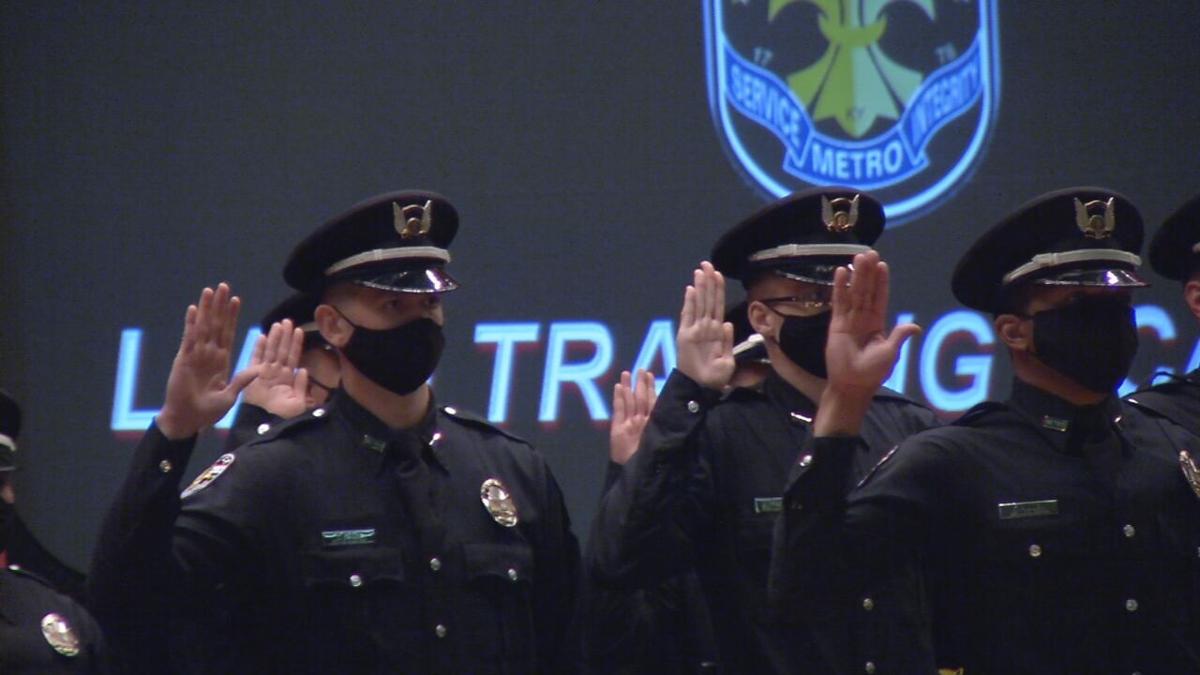 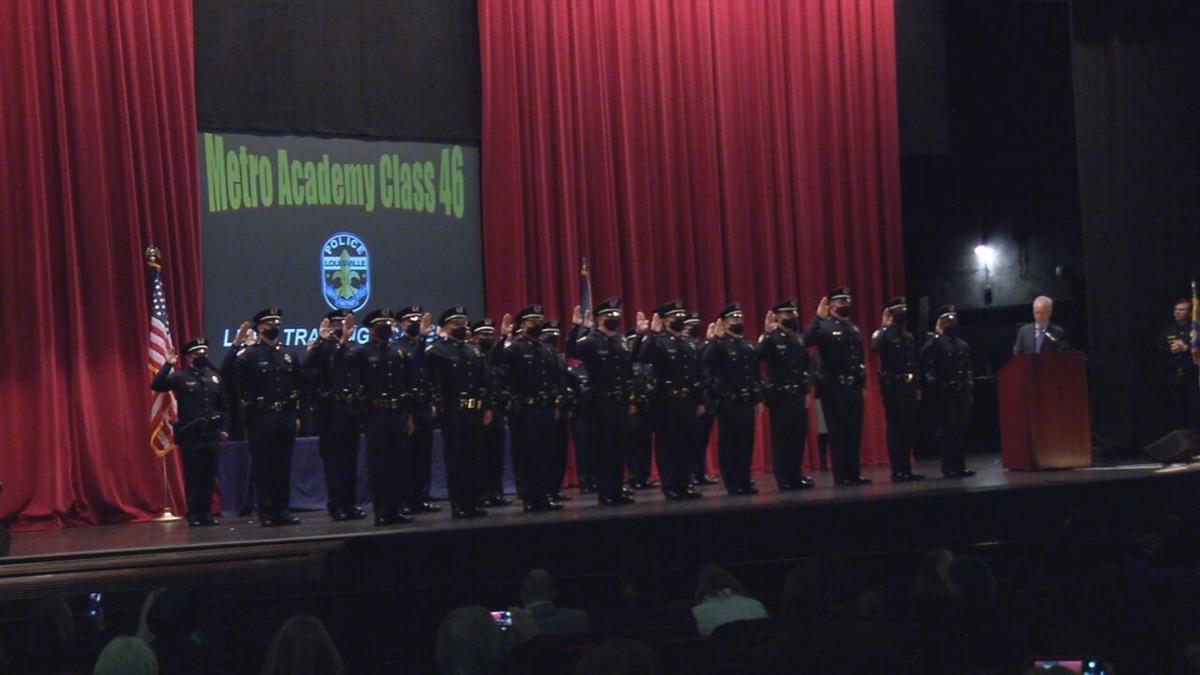 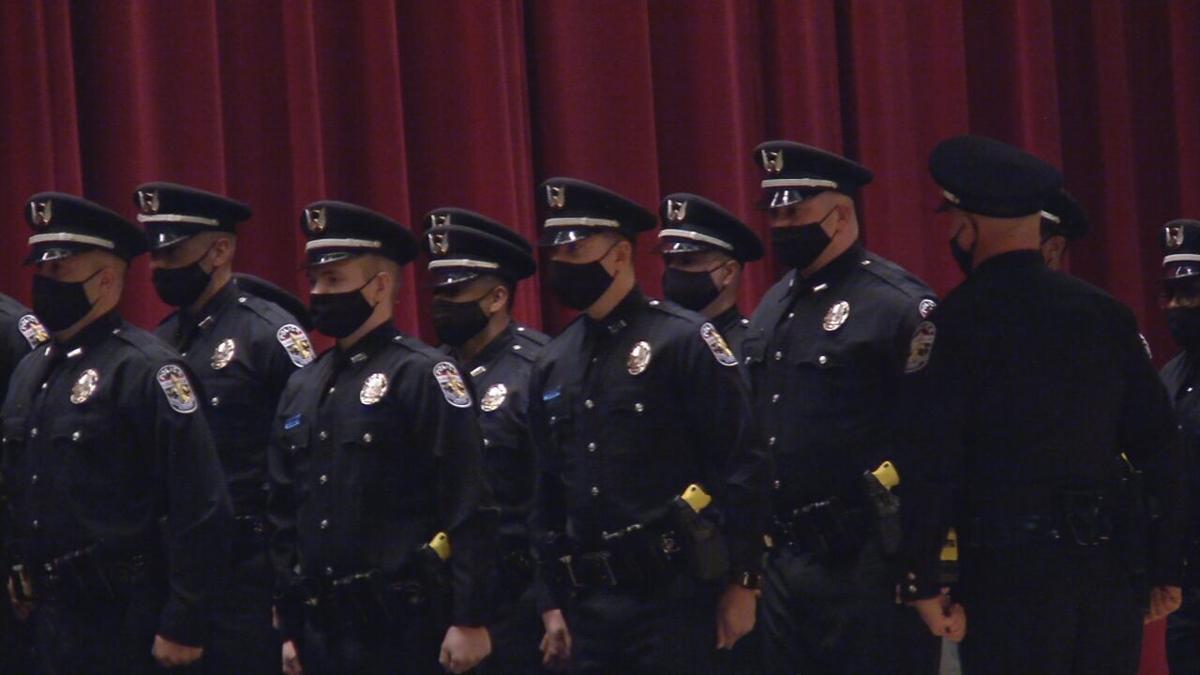 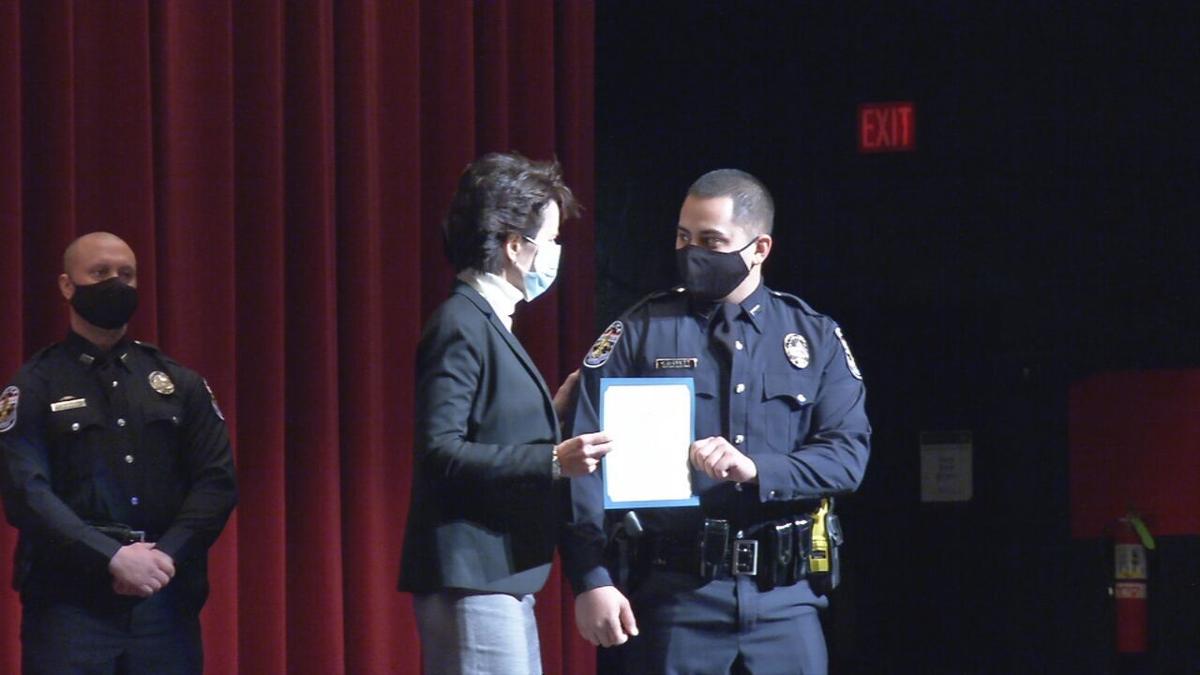 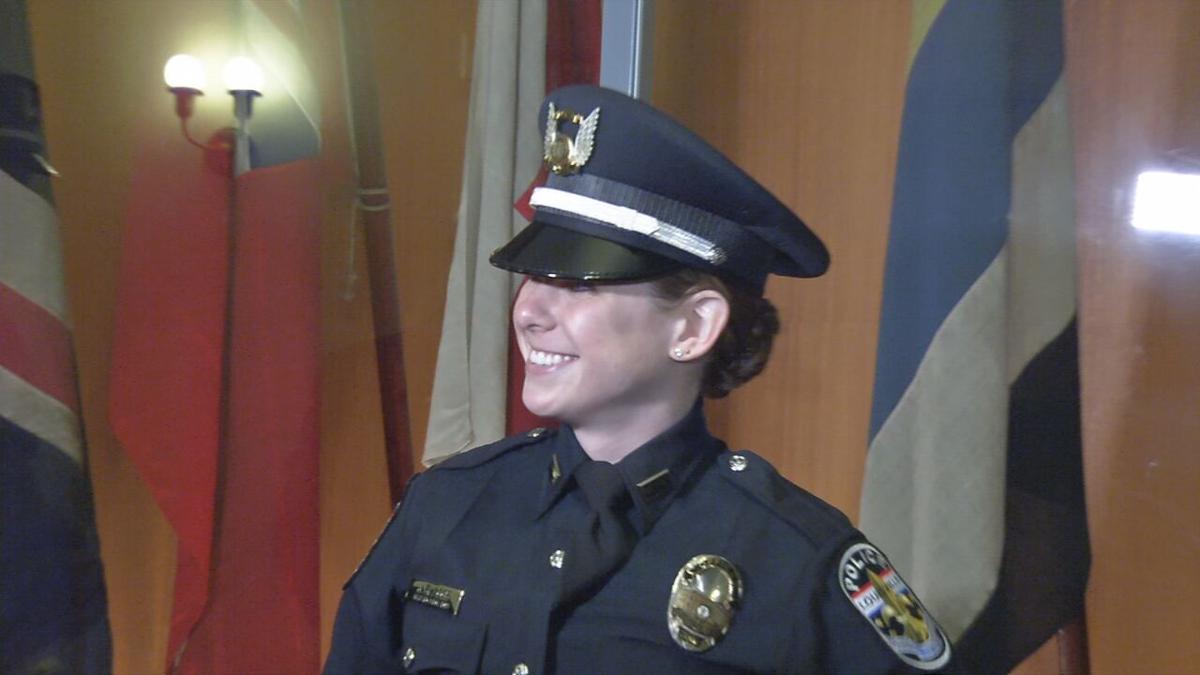 28 men and women walked into Memorial Auditorium Friday morning as recruits and left as officers in one of the most challenging times for policing.

"This is what I've been wanting to do since I was little, before the Army National Guard. I kind of did that route just to get to this point," said Anthony Roach.

After 27 weeks of grueling training and out of hundreds of applicants, they made the cut.

"I don't think it's really hit me yet," Jessica Skaggs said. "I've definitely worked very hard for this. So, it's definitely been an emotional roller coaster, but I'm very excited."

Before being sworn in, LMPD Chief Erika Shields spoke to them openly.

"You're probably looking internally and doubting whether you've made the right decision to go into policing. It's at its lowest in popularity. We're in desperate need of rebranding," Shields said. "Maybe you just say, 'bump it. I rather just go into banking,' but I'll tell you something though. Policing is the most rewarding professions that you can ever, ever take on."

LMPD is short around 200 officers and put out a call for more applications in its most recent recruitment process.

"Some of the shortcomings are very real. Some are perceived. It's the real ones that have inflicted so much damage on our profession, but what you do, you stand up tall, put your shoulders back, and you realize you can make a difference," Shields said.

Mayor Greg Fischer touched on the LMPD audit that came back with more than 100 recommendations.

The training academy says more officers could help turn the department around. This class which started with 36, had a capacity of 48.

"You're sitting in that seat because some part of you understands there's a higher calling and you're meant to answer it," Shields said. "You're needed."

This graduating class, born all over, includes officers with experience in the military, department of corrections and the postal service, who want to make a difference.

"We can and we must make change. I'm proud of you all, and may God be with you," Shields said.

In front of their loved ones, Fischer welcomed the 28 new officers to the ranks of LMPD. "You're now official. Congratulations," he said.