"The individuals are Wanda Hall and an Indian national by the name Abhijit Chowdhury," Rokita said. "They have concocted a plan to use that trailer as a gateway opening to calls from the U.S from overseas.

"It went from places like Singapore, Philipines, India, Evansville, Indiana, through California vendors who shipped these calls all around Indiana and the U.S. ... We got them. We are suing them. If you are going to do this, you do it now with a lot of risk."

Rokita said the company is no longer in business, and the owners took off. This lawsuit is the first of its kind in the nation.

During the year-and-a-half investigation, the state said these robocallers are accused of making more than 4.8 million phone calls to Hoosiers and hundreds of millions of calls to other states. 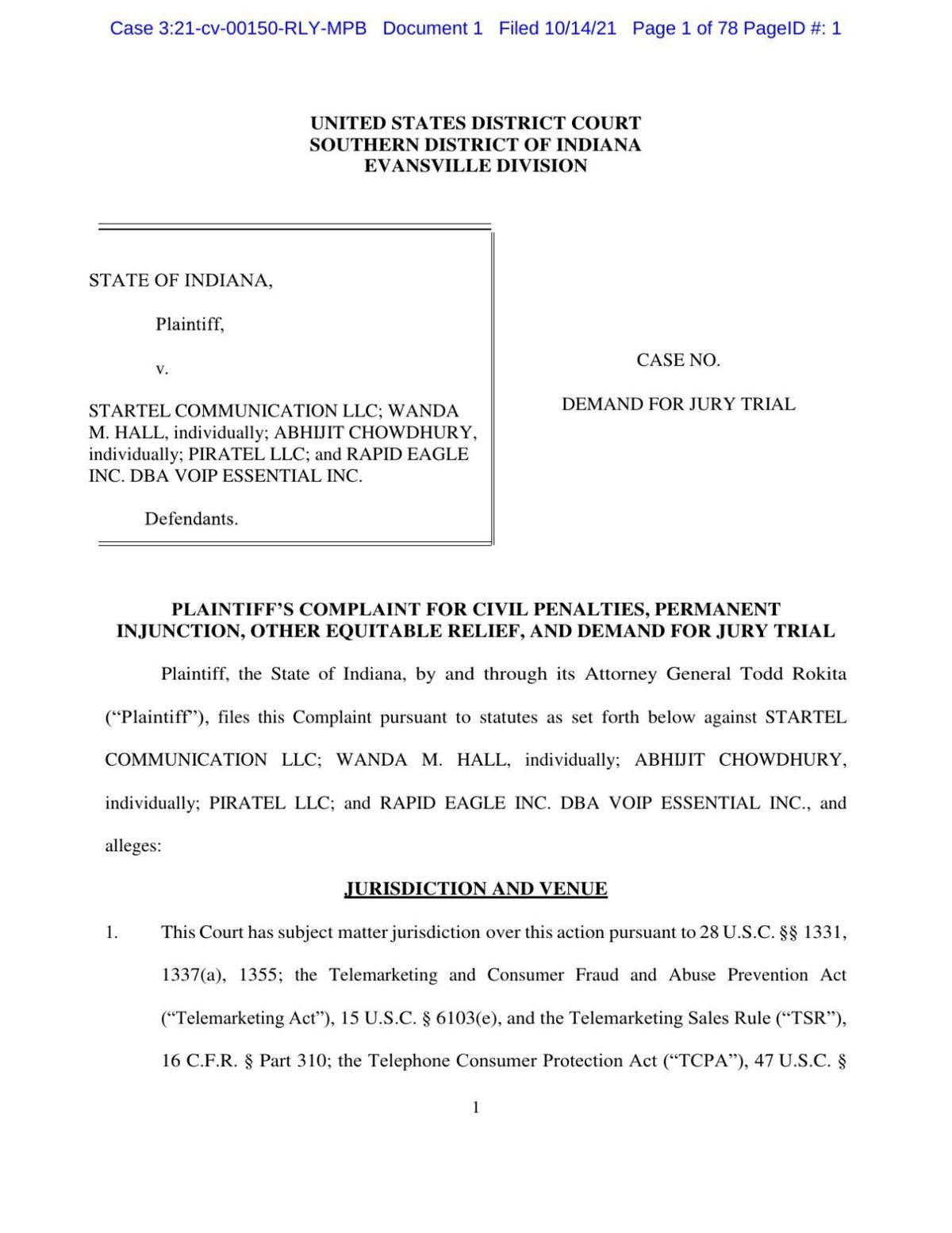 "In southern Indiana and the Louisville Metro area ... we have tracked at least 275,000 of these illegal robocalls," Rokita said. "Each of the calls carries significant fines for federal and state laws."

Many of the people the telemarketers were calling were on the federal and state "Do Not Call" lists.

It's a civil case, but state officials are looking at what can be done about criminal charges.

"You are looking at fines in the billions of dollars, but it all started and stops right here in Indiana," Rokita said.

Be wary of callers who specifically ask you to pay by gift card or crypto-currency (Bitcoin). For example, the IRS does not accept iTunes gift cards.