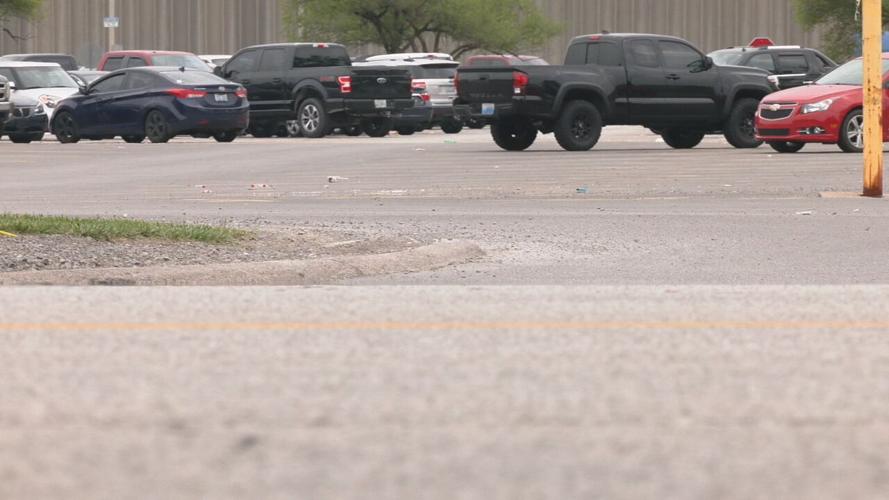 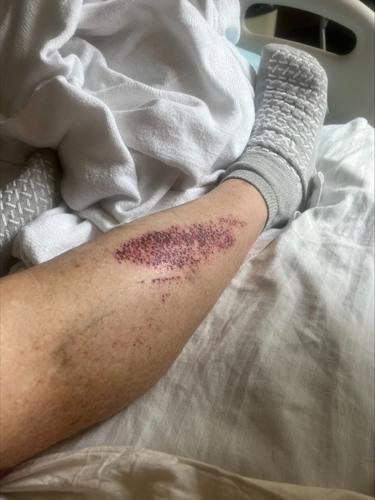 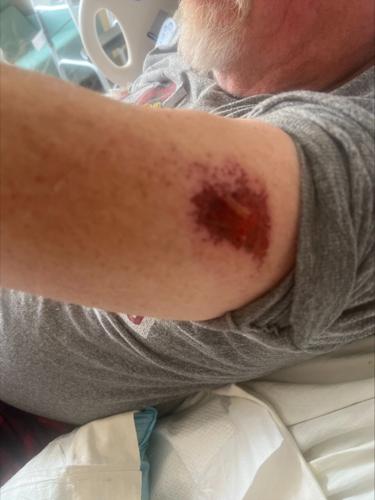 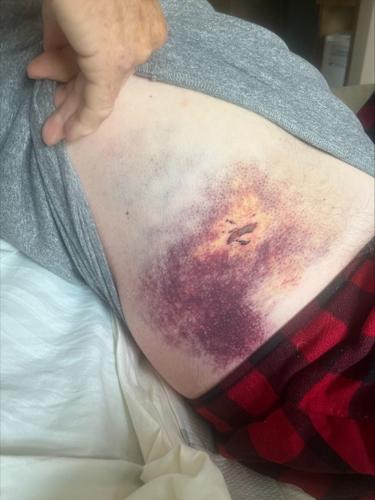 LOUISVILLE, Ky. (WDRB) -- A man is hospitalized after a hit-and-run near Ford's Kentucky Truck Plant on Mother's Day.

At 71 years old, Barry Mattingly gets his exercise by going for a bike ride, usually for about an hour on a route he normally takes on Chamberlain Lane.

LMPD spokesman Dwight Mitchell said a black Ford pickup truck that was turning left out of Ford's parking lot, hit the back of Mattingly's bicycle and kept on driving on Sunday.

He's been in the hospital for four days after getting hit by the car.

"They didn't stop," Mattingly said. "They didn't even look to see if I was alive or dead. They just decided to go."

He said he was going past Gate Two outside the Ford's Truck Plant when it happened.

"I tried to move around to the other lane," he explained. "There's four lanes there, to see if I can get around him and when I went by him, he clipped my back wheel with what I assume would be the right front fender and I just went flying up in the air. I just remember thinking, 'Oh, God. You've done it now.'"

Mattingly was left with road rash and a bruised side. Doctors had to drain his knee Wednesday and he has a cracked pelvis.

The driver is still nowhere to be found.

"I crossed the front of his truck," he said. "If he'd have hit me then, he would've rolled right over the top of me, and I'd have been dead. I know they had to see me there's no way they could've missed me."

May is bicycle safety month, and according to the CDC, nearly 1,000 bicyclists die and more than 130,000 are hurt in crashes across the country every year.

It if wasn't for the witnesses who stopped to help him, Mattingly thinks it's very possible he would have died.

"Take care of your fellow men when you're out there," he said. "Be responsible. I am one person, and I've got a wife, children, grandchildren, great-grandchildren. It's not just one person you touch. You touch a lot of lives."

Surveillance video of the crash has not been released yet.

The crash remains under investigation by police.