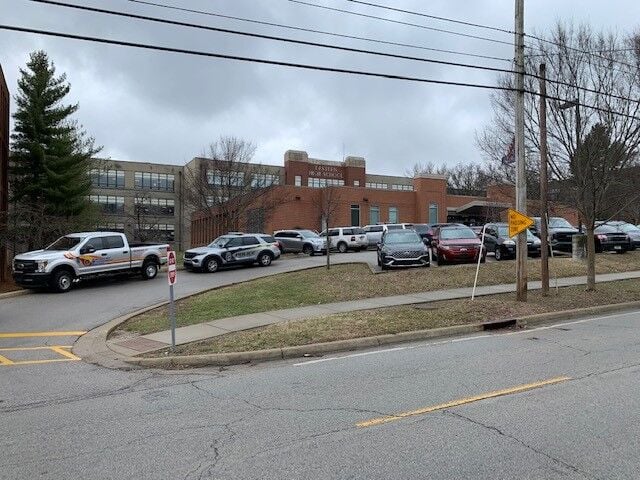 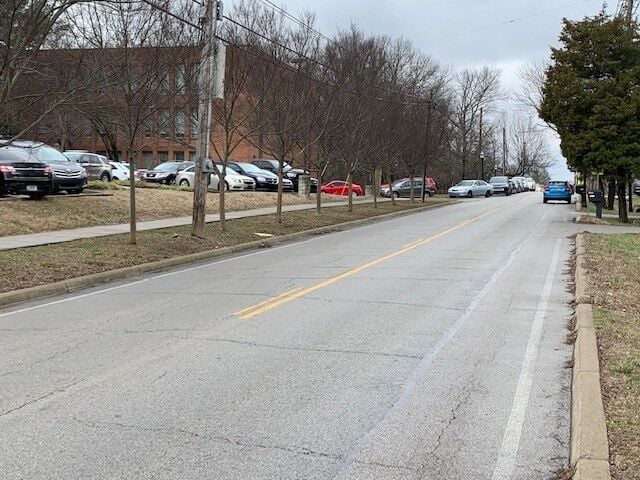 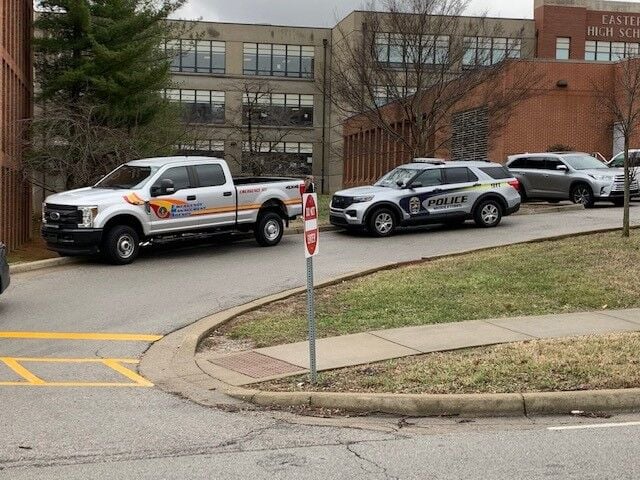 JCPS said a gun fell out of a student's backpack during a fight Monday.

LOUISVILLE, Ky. (WDRB) -- Police are investigating after a student at Eastern High School was found with a gun.

According to Carolyn Callahan, a spokesperson for Jefferson County Public Schools, a fight erupted between an unspecified number of students. During the fight, a weapon fell out of a backpack.

It was never brandished or pointed at anyone, according to Callahan.

JCPS spokesperson Mark Hebert said school officials seized the weapon. No one was hurt and no shots were fired.

Callahan said the student with the firearm, as well as the other students involved in the fight, will be disciplined.

A number of police vehicles could be seen outside the school, which is located at 12400 Old Shelbyville Road in Middletown.

Ash Carricato was one of dozens of Eastern high School students leaving early Monday after a gun fell out of a backpack in the cafeteria.

"I was just shocked," Carricato said.

Gary Butler was one of the many parents who received the letter saying there was a fight in the cafeteria.

"I'm just wondering why there's not more security," Butler said. "People are talking about home schooling and all sorts of stuff."

While the letter said the gun was immediately secured, multiple parents and students told WDRB News that the student was holding the gun behind the backpack.

"Luckily nothing around here happened that's huge, but still it's crazy," Butler said. "Cause one twist the other way somebody could've been badly hurt or dead."

Some of the students ran to Starbucks down the block after the incident. A barista tried to comfort the students.

"We had kids just kind of flocking in, and they were having panic attacks and they were crying, and we had no idea what to do," said Emma Lambert. "I was terrified for those kids, and of course weren't not going to kick them out. If anything comes, what do we do? Where do we put them if anybody comes to the store. We were trying to make as many plans as we could to protect them as best we could."

The safety and security of our students and staff is always our top priority. I’m writing to ensure you have accurate information about a situation impacting our school today.

During a fight in the cafeteria, a gun fell out of a student’s backpack and slid across the cafeteria floor. The gun was immediately secured and we called LMPD, JCPS Police, and raised our security level.

I have requested additional security at our school for the rest of the day and we will remain at a heightened security level.

While no one was physically hurt, we understand this situation can be traumatic. Our school mental health team is available for any students who would like to talk about what happened.

The student who brought the gun to school and those involved in the fight will be disciplined according to the Student Support and Behavior Intervention Handbook. Please review this handbook with your student and continue the school safety conversation with your student(s):

Orman sent a follow-up letter just after 4 p.m. Monday, saying a crisis team of counselors would be on-hand for students on Tuesday.

"We understand this may have been a traumatic experience for some of our students and staff, who will need support," Orman wrote.

At the end of the day Tuesday, the school will "assess and determine needs," but the district crisis team "is ready to respond and meet the mental health needs of our students and staff on an ongoing basis."

Additionally, Orman said, extra JCPS security and law enforcement will be on campus and in the building for the rest of the week "as an added layer of security going forward."

The full follow-up letter can be read below:

I wanted to follow up on safety and security plans after today’s incident.

Because of the immediate response of our administrators, security, and staff today, we were able to keep students safe. We understand this may have been a traumatic experience for some of our students and staff, who will need support.

Tomorrow we will have a crisis team of counselors available. We will assess and determine needs at the end of the day, but our district crisis team is ready to respond to meet the mental health needs of our students and staff on an on-going basis. Our counselors and mental health practitioner are also available to students.

The students involved in today’s incident will be disciplined in accordance with the JCPS Student Support and Behavior Intervention Handbook. The student who possessed the weapon has also been cited and detained by police.

As an added layer of security going forward, we will have extra JCPS security and law enforcement presence in the building and on campus for the rest of the week.