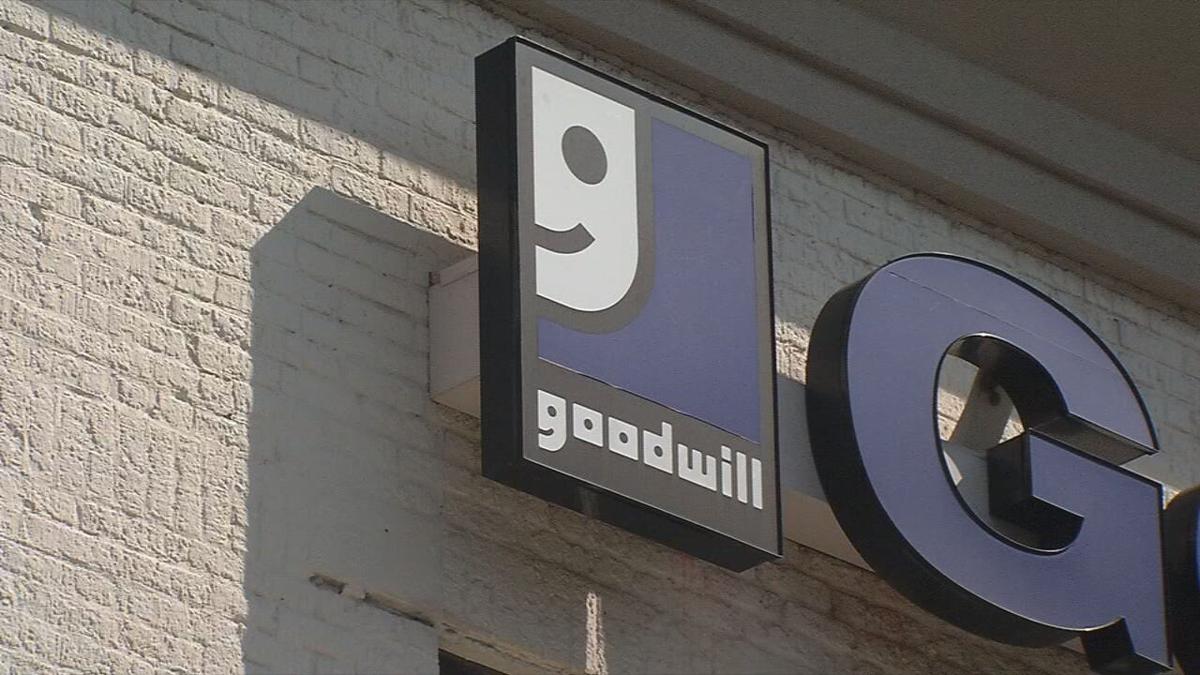 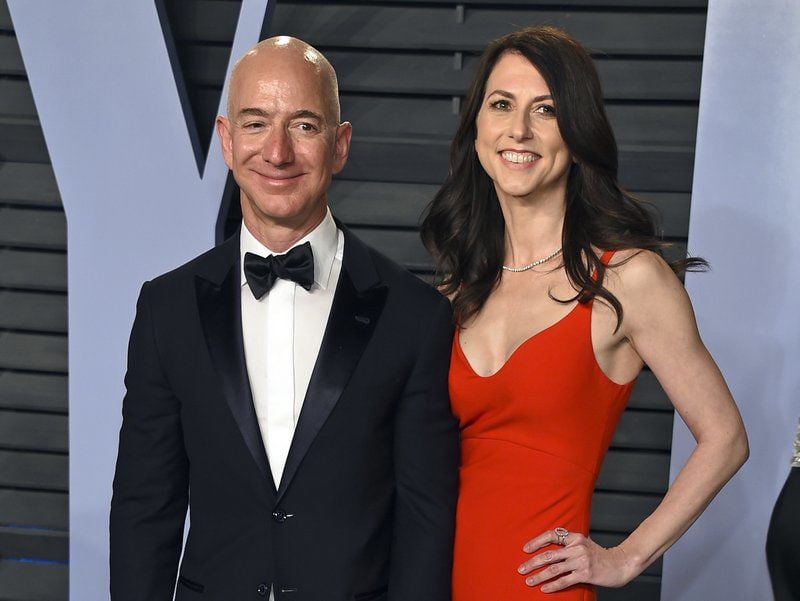 FILE - In this March 4, 2018 file photo, Jeff Bezos and wife MacKenzie Bezos arrive at the Vanity Fair Oscar Party in Beverly Hills, Calif. MacKenzie Bezos is pledging half her fortune to charity, following in the footsteps of billionaires Warren Buffett and Bill Gates. The ex-wife of Amazon founder and CEO Jeff Bezos finalized her divorce in April 2019 and reportedly got a stake in the online shopping giant worth over $35 billion. (Photo by Evan Agostini/Invision/AP, File)

FILE - In this March 4, 2018 file photo, Jeff Bezos and wife MacKenzie Bezos arrive at the Vanity Fair Oscar Party in Beverly Hills, Calif. MacKenzie Bezos is pledging half her fortune to charity, following in the footsteps of billionaires Warren Buffett and Bill Gates. The ex-wife of Amazon founder and CEO Jeff Bezos finalized her divorce in April 2019 and reportedly got a stake in the online shopping giant worth over $35 billion. (Photo by Evan Agostini/Invision/AP, File)

LOUISVILLE, Ky. (WDRB) -- A $10 million gift is being given to Goodwill of Kentucky, compliments of writer and philanthropist MacKenzie Scott.

The former wife of Amazon founder Jeff Bezos announced Tuesday that she is giving a total of $4.16 billion to 384 organizations nationwide as part of a plan to donate the majority of her fortune.

“Goodwill is deeply touched by this incredibly kind gesture from MacKenzie Scott,” Amy Luttrell, president and CEO of Goodwill Industries of Kentucky, said in a release. “As you can imagine, our team is especially excited about the ability this gift gives us to serve even more Kentuckians in deep and meaningful ways."

The $10 million gift is the largest single donation Goodwill of Kentucky has received in its nearly 100-year history. At first the organization dismissed an email about the major donation.

"We got a really strange email that seemed like a scam and because of it, we didn't respond to the first one," said DeVone Holt, Vice President of External Affairs for Goodwill Industries of Kentucky

A second email and a phone call got their attention and the payout of a lifetime.

"[Our CEO] said I'm still not sure if it's real or not but if it is Christmas might come early for Goodwill."

Because the $10 million donation from Scott was unexpected, Goodwill will have to determine how to use the money. But the nonprofit is committed to helping people earn a paycheck and achieve self-sufficiency.

“We can say with confidence that this donation will ultimately be used to support the priorities in our existing strategic plan, which are to help people gain stability in their lives and build skills that prepare them for a career,” Luttrell said in the release. “Thankfully, our overhead costs are already covered, so this gift will allow us to significantly add to the services we already provide to Kentuckians.”

In the last six years, Goodwill Industries of Kentucky has expanded its focus to removing barriers to employment for people released from incarceration, expungement clinics and youth programs. People like DeMond Bush, who spent 25 years behind bars before finding his way to Goodwill just 15 months ago.

"I don't think I'm a success story until I'm able to help someone else be a success. And Goodwill has just modeled that for me," said Bush. The organization gave him a job, a car, but more than that, a purpose.

"Having the attitude of I will be successful. And for me my attitude was giving back to people and being able to help. And Goodwill has opened a platform for me to be able to do that," said Bush, who now works as a Peer Support Specialist with the organization.

Four months ago, Scott donated $1.7 billion to 116 organizations, including four historically Black colleges and universities (HBCUs). The latest gifts are focused on helping the underserved during the COVID-19 pandemic.

"The pandemic has been a wrecking ball in the lives of Americans already struggling," Scott wrote in a Medium post. "Economic losses and health outcomes alike have been worse for women, for people of color, and for people living in poverty. Meanwhile, it has substantially increased the wealth of billionaires."

Scott's post included a list of the hundreds of organizations that received funds, including financial service providers for under-resourced communities, education for historically marginalized and underserved individuals, civil rights advocacy groups and legal defense funds that take on institutional discrimination, according to CNN.

Scott writes that her team examined more than 6,490 organizations to determine which groups would receive the donations following her decision to accelerate the pace of her giving this year.

Organizations on the list included the local chapters of Goodwill, Meals on Wheels, YMCA and United Way; the NAACP; Global Fund for Women; and ACE (Access to Capital for Entrepreneurs), which provides affordable loans to underserved small businesses.

"I'd like to think it's because we are one of the best non-profit organizations in the world, but the reality is we have no idea why she picked us," said Holt.

"We do this research and deeper diligence not only to identify organizations with high potential for impact, but also to pave the way for unsolicited and unexpected gifts given with full trust and no strings attached," Scott said in the post. "Because our research is data-driven and rigorous, our giving process can be human and soft."

Scott is the world's 18th-richest person with a net worth of $60.7 billion, according to the Bloomberg Billionaires Index. Hers is a fortune that has soared as Amazon's stock has surged in the pandemic. Scott received a quarter of Bezos' Amazon shares following their 2019 divorce.

Last year, Scott committed to the Giving Pledge initiative. Launched by Warren Buffett and Bill and Melinda Gates, the program encourages the world's richest people to donate a large portion of their fortunes to charitable causes.