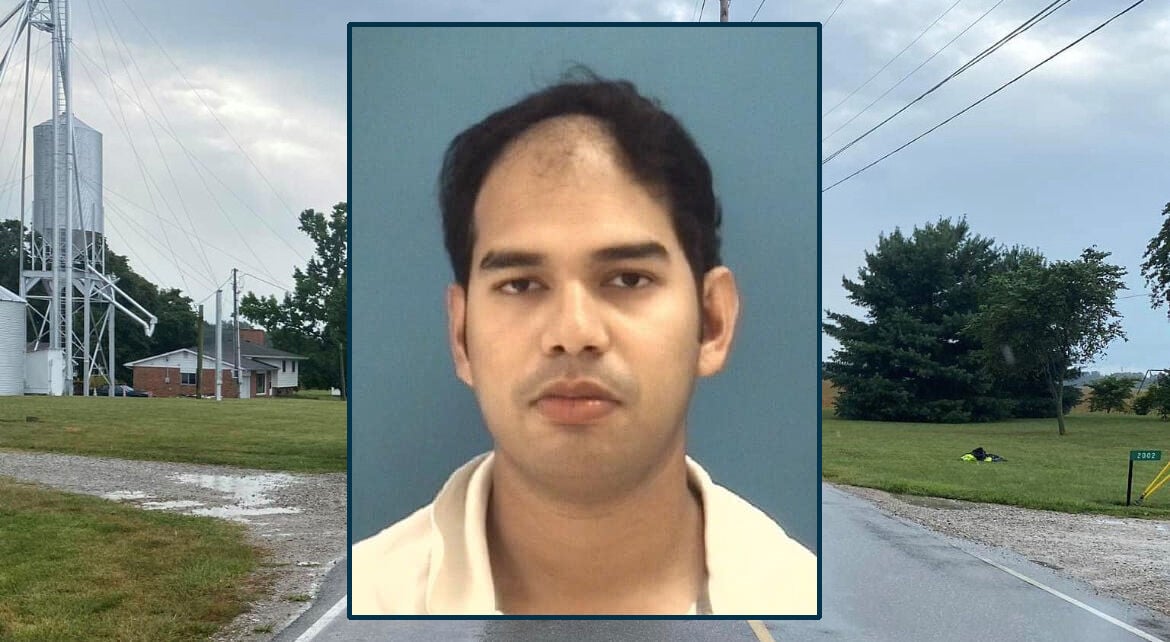 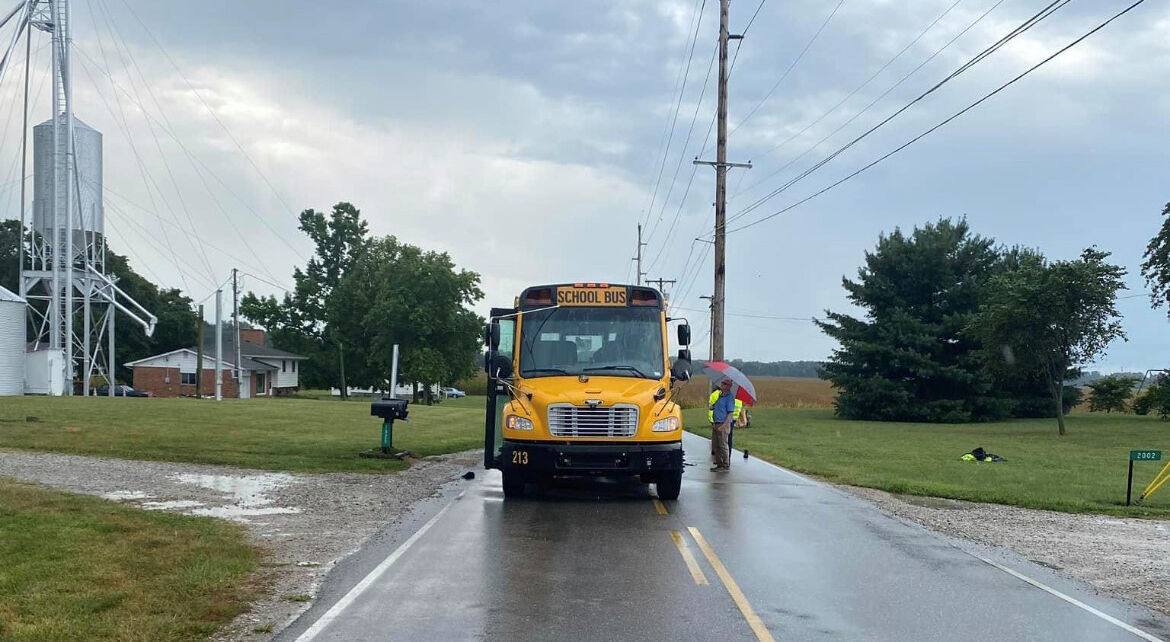 The scene of an Aug. 30, 2021 hit-and-run crash in Columbus, Indiana. Authorities say a student was killed while trying to get on a school bus. (Source: Bartholomew County Sheriff Matt Myers / Facebook)

The scene of an Aug. 30, 2021 hit-and-run crash in Columbus, Indiana. Authorities say a student was killed while trying to get on a school bus. (Source: Bartholomew County Sheriff Matt Myers / Facebook)

LOUISVLLE, Ky. (WDRB) -- Authorities said one person has been arrested after a Columbus, Indiana, high school student was killed in a hit-and-run crash while trying to get on a school bus Monday morning.

Myers said the incident took place just before 7 a.m. in the 1900 block of South Gladstone Avenue in Columbus.

Witnesses on the scene said a Columbus East student was trying to get on a stopped school bus when she was hit by a sport utility vehicle. The driver of the vehicle, later identified as Subramani, fled the scene but was followed by someone who saw the crash.

The student, who has since been identified by the Bartholomew Consolidated School Corporation as Lily Streeval, a high school junior, was taken to Columbus Regional Hospital, where she died from their injuries.

Myers said an investigation revealed that Subramani was at fault in the crash.

"After reviewing different footage of the incident and gathering witness statements, at this point in the investigation, it appears the bus was stopped with the stop arms extended and the driver disregarded those stop arms," Myers posted on Facebook. "When the driver...disregarded the stop arms, he struck the victim as they were crossing the street to get on the bus and fled the scene."

The sheriff's department says Subramani was found a short time later stuck in a yard on Country Road 250 East. He was arrested by officers with the Bartholomew County Sheriff's Department and the Columbus Police Department.

"It is with extreme sadness that we grieve the loss of Lily Streeval, a junior at Columbus East High School," the district wrote.

The district said an announcement was made Monday morning informing students and staff of Streeval's death, and a moment of silence was held. Counselors are being made available in each of Streeval's classes.

"As a school corporation, we experienced a devastating loss this morning," said Dr. Jim Roberts, the district's superintendent, in a statement. "Our hearts go out to Lily's family, friends, classmates and teachers who loved and supported her. She was full of live and enjoyed attending Columbus East High School. Auto Tech had emerged as her favorite class, and she was thinking about a career in this area. We will miss her greatly."