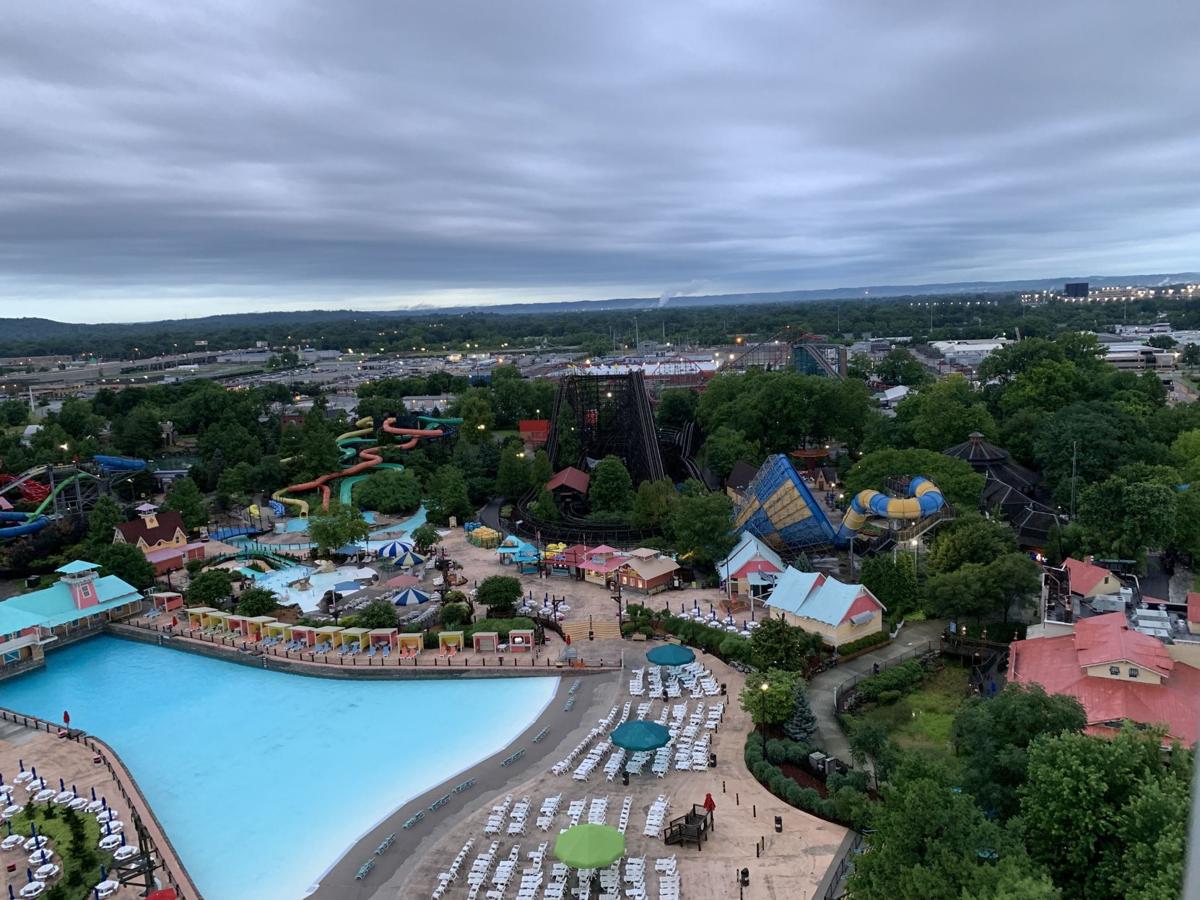 LOUISVILLE, Ky. (WDRB) -- Kentucky Kingdom has announced plans to open in early June, though the exact date has not yet been determined.

The announcement was made in a news release that was distributed Monday afternoon.

"We intend to follow the guidelines issued by government health officials for both our team members and our guests," said Lesly Birkner, vice president of operations for the park, in a statement. "Safety has always been Kentucky Kingdom's number one priority, and we will implement any additional measures to maintain our high standards."

Park officials did not go into detail when asked about safety protocols that would be taken once it reopened.

"I think it’s a little early to be opening it up just because the way the area is, the lines and all that kind of stuff - it would be really hard to keep six feet distance between everybody," said Beth Boyer, who doesn't want the amusement park to open before it's healthy to do so.

The park says that, as soon as it is determined, the exact opening date will be announced on its website at KentuckyKingdom.com.

Kentucky Kingdom was looking to hire as many as 1,400 seasonal employees. Roughly 800 have already been hired, with the park still seeking the remainder. The entire hiring process is taking place online.

Several people, however, are excited the park could open in six weeks.

"Things have to open up and we can’t be scared to go places so I just feel like it should open," said Louisville resident Sierra Thomas. "Businesses have to run, (we) can’t just let everything close down and people are getting stuck at home and they want to get out ... and Kentucky Kingdom is outside."

Once open, the park will extend its operating hours, opening at 10 a.m. and closing at 9 p.m. daily. Additionally, the Hurricane Bay water park will remain open until 8 p.m. daily.

"The expanded hours will be particularly appealing to season pass holders and will give all guests more time to visit the park after work," said Kentucky Kingdom President and CEO Ed Hart, in a statement.

Park officials say they will be keeping the price of season passes as is.

"We intend to keep the price of a season pass at $59.95, which matches the lowest season pass we've ever offered," said Jessi O'Daniel, the vice president of guest experience at Kentucky Kingdom.