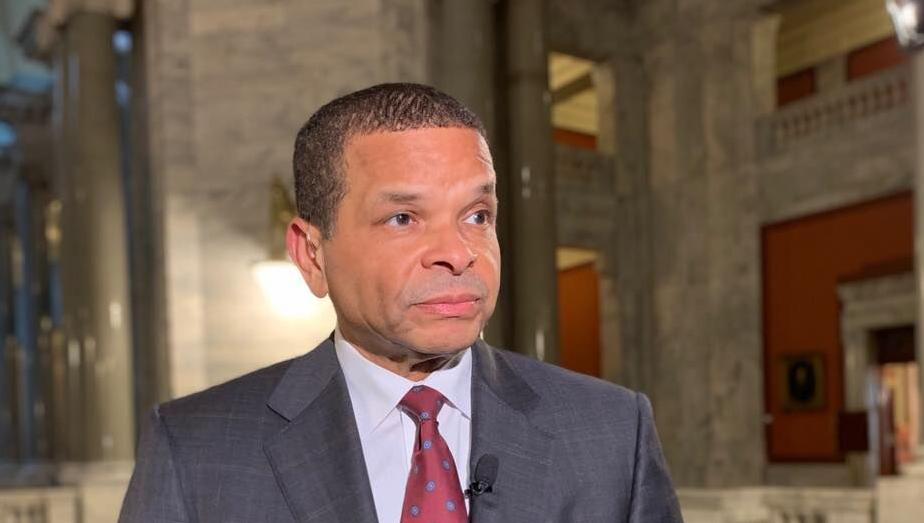 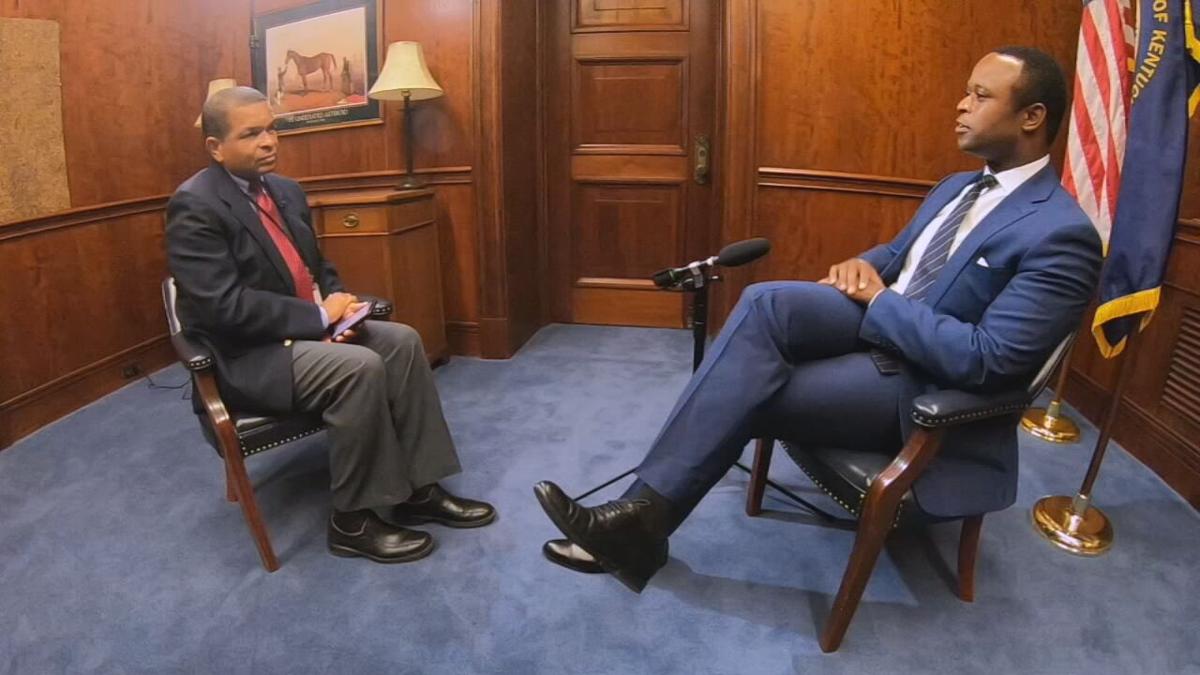 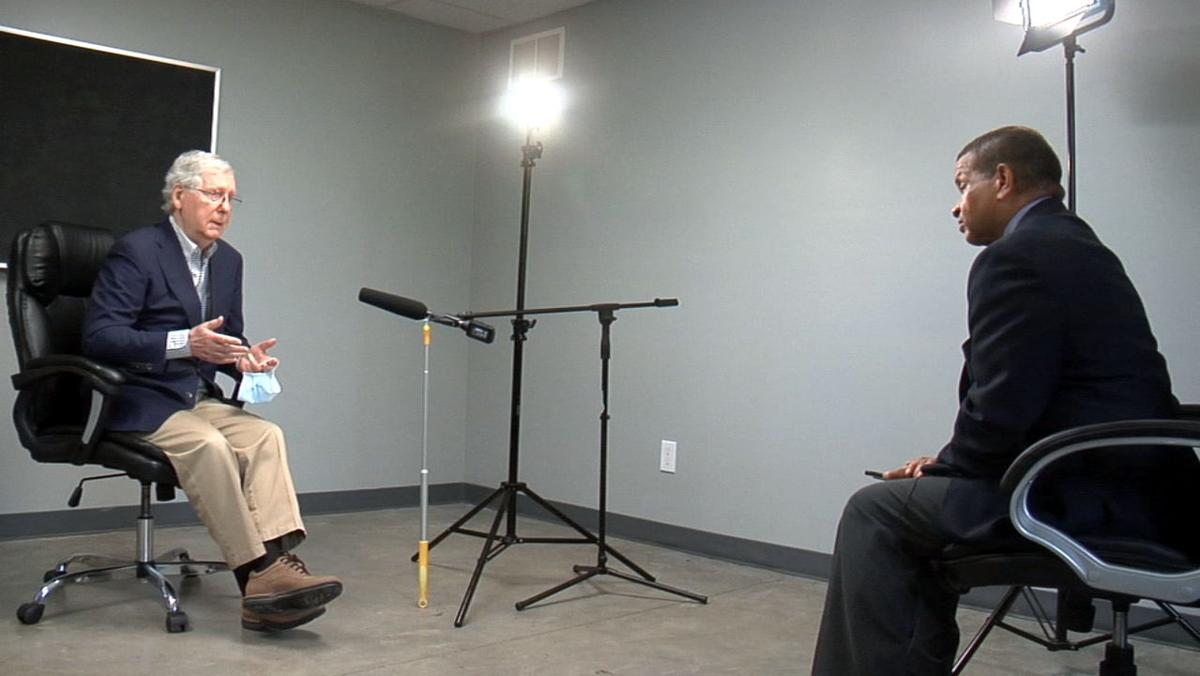 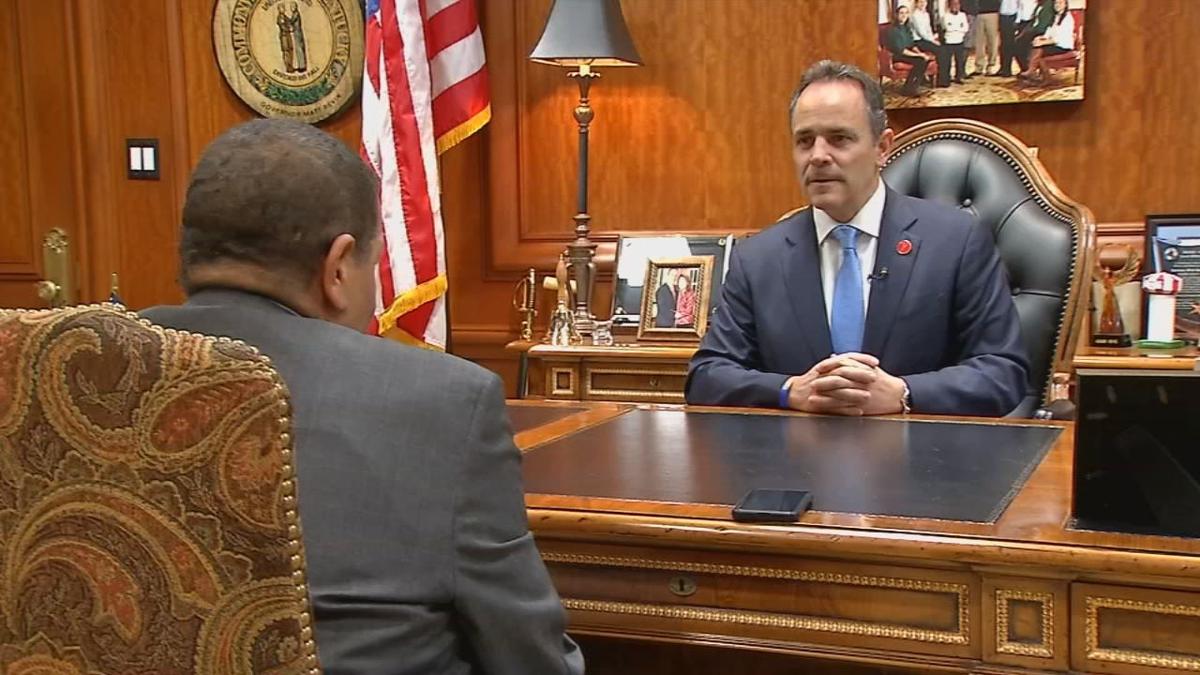 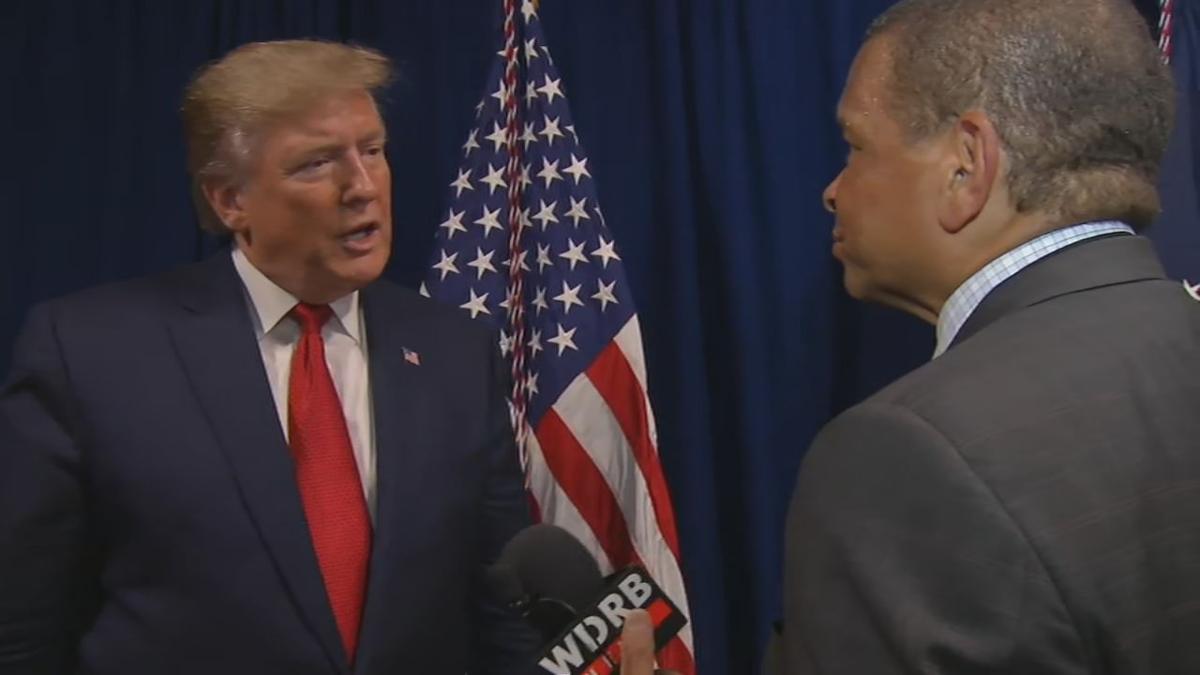 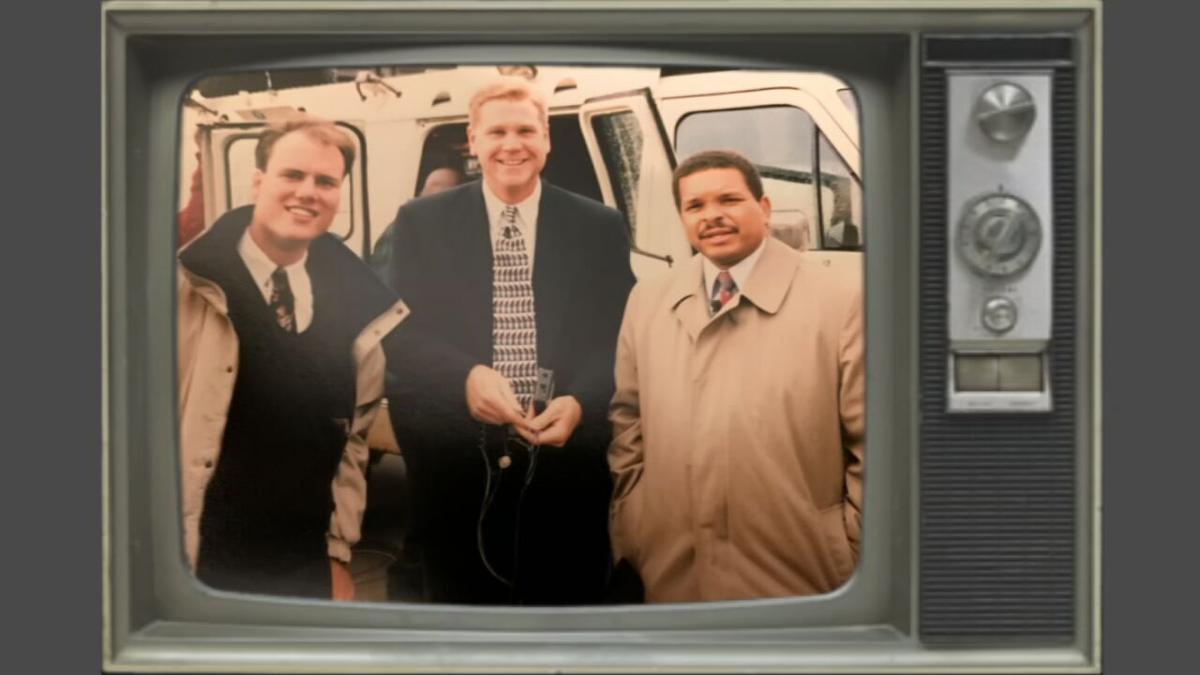 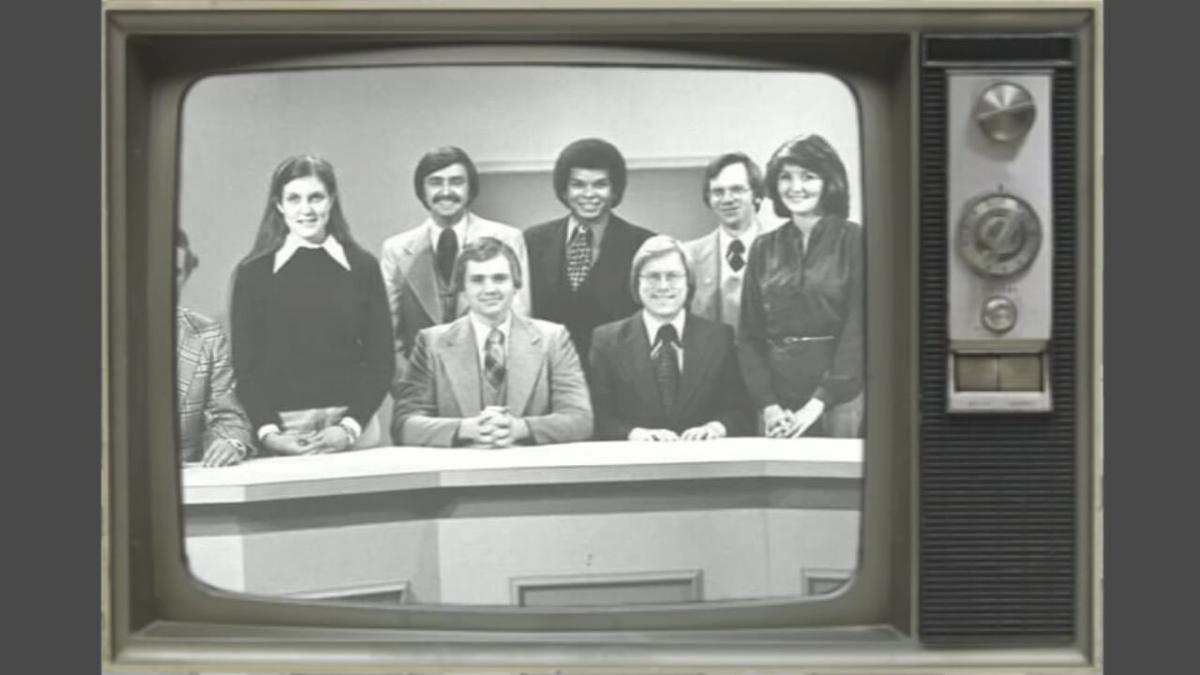 LOUISVILLE, Ky. (WDRB) -- Good reporters write with intention, and getting to know more about Lawrence Smith, it's easy to see why he's become one of the most respected journalists in Kentucky.

After decades in local news in the commonwealth, Smith spent his last day Thursday at WDRB News, beginning a new chapter as communications director of the Kentucky Baptist Convention. He will also become the executive editor of Kentucky Today, the convention’s news outlet.

"(He) always taught Jason (Smith) and I to have humility, tenacity and excellence when it comes to our work," said Eddie Smith, Lawrence's son.

The 64-year-old storyteller started his career in local television news in around 1977 at WTVQ in Lexington while still attending Eastern Kentucky University. His news career included stints at WAVE and WHAS in Louisville, along with stops in Houston, Texas, and Knoxville, Tennessee.

"I've watched with pride as (he) delivered the news with grace and excellence, and just like the rest of Kentuckiana, I will greatly miss seeing (him) on the air," said Jason Smith, Lawrence's son.

No matter where Lawrence worked, the story that followed him remained the same. It's why news of his television retirement brought tributes from current and former co-workers

"Anything you ask him to do, he knows how to go out and get a story done and communicate effectively to the people he's trying to inform," said Kerry McGee, WDRB managing editor and former WAVE 3 photojournalist.

"(Lawrence) always did (his) best and always worked hardest to get it right and to be accurate and fair," former WHAS anchor Rachel Platt said.

"A great journalist and an even better friend and a great person," said Mark Hebert, another former colleague of Smith's at WHAS.

Smith joined WDRB News in 2012, a return to news after a hiatus of more than 10 years. And one of his most memorable career moments came in the first week, when he found himself caught in the path of the March 2 tornadoes.

"Little did we know we'd be right in the middle of it," he said. "We drove up to Henryville, got there before the storm hit, drove off the interstate and had a choice of two gas stations to go to. There was a Marathon on the right side and a Shell across the street.

Much of his time at WDRB News was spent focused on political reporting. His intention: integrity. From controversies to conventions and presidents, he covered it all with poise.

"(His) dedication to bringing important information to the people of Kentucky, especially Louisville, made a difference," Kentucky Gov. Andy Beshear said. "I know (his) viewers will miss (him), and so will the Capitol."

"Thank you for your years of service and reporting on important stories, just providing information to Kentucky in a balanced and fair way," Kentucky Attorney General Daniel Cameron said. "Congratulations on your new endeavors."

Professionally, Smith always had two loves. In that 10-year hiatus from news, he worked for The Southern Baptist Theological Seminary in Louisville. And now, he returns to church to work with the KBC, sharing the good news for 2,500 churches in the state.

His is a storied career, and as the journalist puts down his pen, we know the same intention that brought Lawrence Smith success in news will write his next chapter.

"I can't wait to see how God is going to write this next chapter of our lives, said Garnetta Smith, Lawrence's wife.