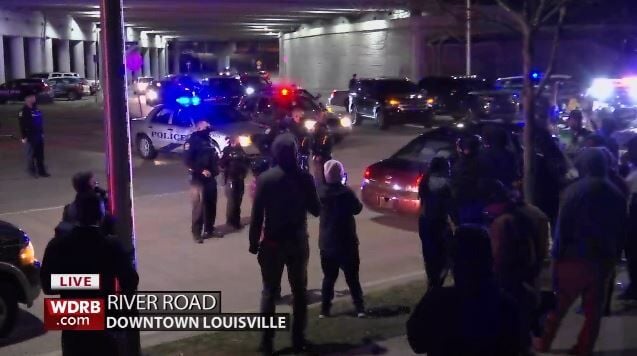 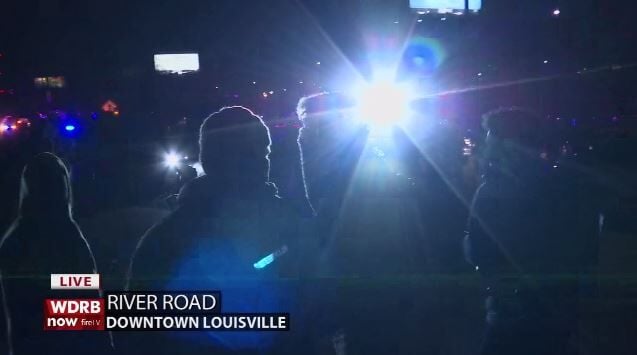 In a tweet, LMPD said protesters were blocking the roadway and "forcing vehicles, while armed, to turn around." The department said arrests would be made if the crowd did not disperse.

Protesters told WDRB's Chad Mills they were marching, some of them in the roadway. They said "they were not doing anything that warranted that action."

The incident produced a brief standoff between LMPD and protesters, with LMPD forming of line of officers in riot gear, not allowing vehicles or people to pass through that line, while protesters shouted at police.

Just before 11 p.m., most of the protesters and police cleared River Road.

Protesters are in the 1300 block of River Road. They have been blocking the roadway and forcing vehicles, while armed, to turn around. We are deeming their actions as an Unlawful Assembly. Arrests will be made to those that refuse to disperse. #LMPD pic.twitter.com/EpReyJJkdr

No arrests had been made as of 11 p.m. according to LMPD spokesman Dwight Mitchell. A woman was placed in handcuffs during the protest for an unknown reason but was eventually released from police custody.

Mitchell also said that no chemical agents, such as tear gas, were used Saturday evening.