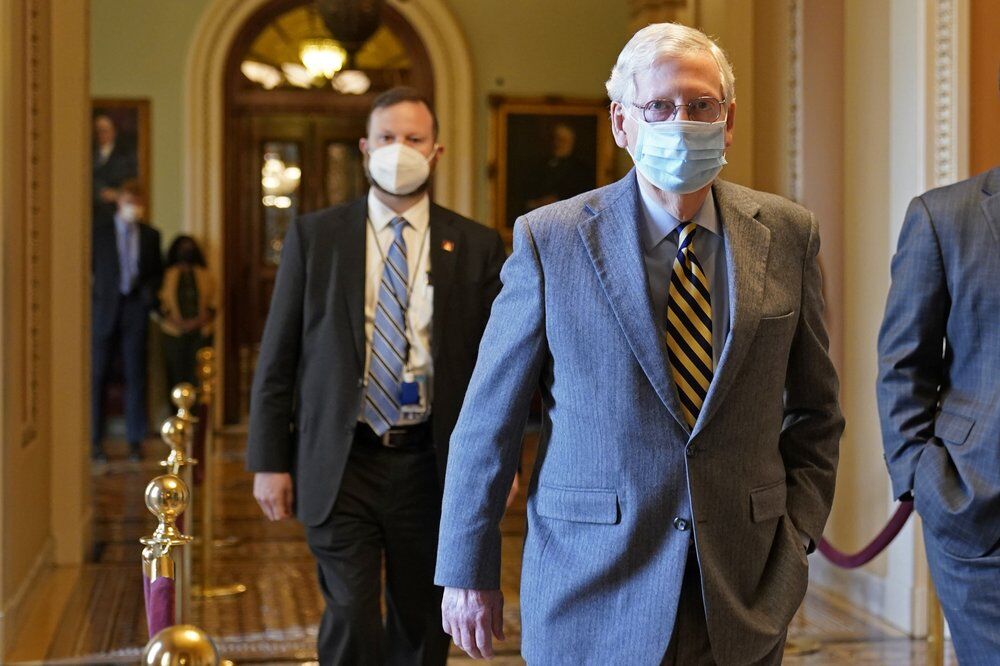 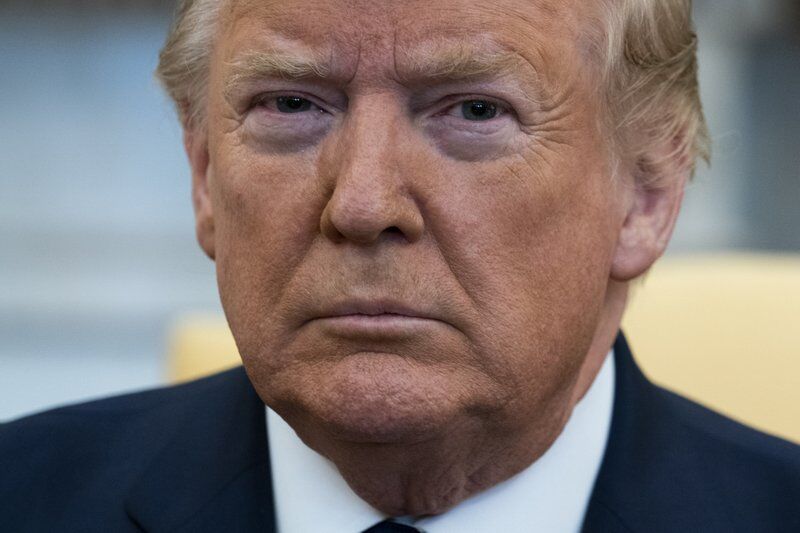 FILE - In this Jan. 27, 2020, file phoot President Donald Trump listens during a meeting with Israeli Prime Minister Benjamin Netanyahu in the Oval Office of the White House in Washington. The most improbable of presidents, Donald Trump reshaped the office and shattered its centuries-old norms and traditions while dominating the national discourse like no one before. (AP Photo/ Evan Vucci) 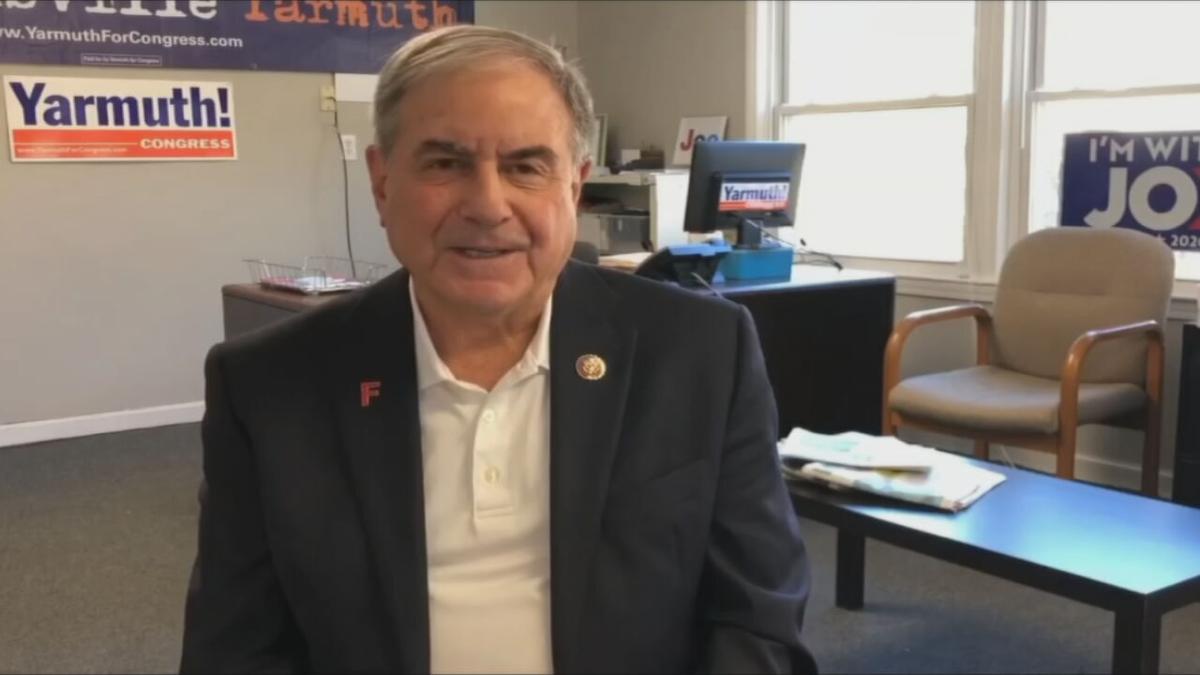 FILE - In this Jan. 27, 2020, file phoot President Donald Trump listens during a meeting with Israeli Prime Minister Benjamin Netanyahu in the Oval Office of the White House in Washington. The most improbable of presidents, Donald Trump reshaped the office and shattered its centuries-old norms and traditions while dominating the national discourse like no one before. (AP Photo/ Evan Vucci)

LOUISVILLE, Ky. (WDRB) -- Lawmakers and politicians across Kentuckiana are reacting after President Donald Trump was impeached by the U.S. House for a historic second time on Wednesday, charged with "incitement of insurrection."

The vote came a week after a deadly mob siege of the Capitol as lawmakers were confirming the Electoral College votes for President-Elect Joe Biden, forcing them to hide under desks, don gas masks and be escorted to safety.

Pro-Trump supporters stormed the Capitol over the 2020 presidential election vote in a bid to overturn the results. The event prompted lawmakers on both sides of the political aisle to call for the president's impeachment, calling him a "clear and present danger."

The Associated Press reported Wednesday that the Capitol was secured by armed National Guard troops both inside and outside as the House voted, 232-197, to impeach the president, with 10 Republicans joining Democrats in the vote to impeach.

Trump is the only U.S. president to be impeached twice.

Republican Senate leader Mitch McConnell, R-Kentucky, blocked a quick Senate impeachment trial for Trump, saying the soonest he would start an impeachment trial would be next Tuesday, the day before Trump is set to leave the White House, according to the Associated Press.

In a statement, McConnell said "Given the rules, procedures, and Senate precedents that govern presidential impeachment trials, there is simply no chance that a fair or serious trial could conclude before President-elect Biden is sworn in next week," he said. "The Senate has held three presidential impeachment trials. They have lasted 83 days, 37 days, and 21 days respectively."

He also urged Congress and the executive branch to "spend the next seven days completely focused on facilitating a safe inauguration and an orderly transfer of power to the incoming Biden Administration."

You can read his full statement below:

My full statement on the next seven days and the Senate schedule: pic.twitter.com/Nh5z3f79yq

McConnell did not rule out that he might eventually vote to convict the outgoing president, according to a report by the Associated Press on Wednesday.

"I have not made a final decision on how I will vote and I intend to listen to the legal arguments when they are presented to the Senate," McConnell wrote in a letter to his colleagues in the GOP.

Louisville Congressman John Yarmuth, D-3, released a statement before the vote took place saying, "For the second time, I will vote to impeach the President knowing that it is unlikely he will be removed from office before the end of his term.

"I do so because I, like the President, swore an oath to 'support and defend the Constitution of the United States against all enemies, foreign and domestic...and to faithfully discharge the duties of the office,' but unlike the President, I intend to honor it."

You can read the full statement in the Twitter thread below:

Never in American history has a President taken such brazen, lawless, and reckless action against our own nation as Donald Trump undertook last week.

U.S. Rep. James Comer, R-D1, who voted against the president's impeachment, said, "With a new President taking office one week from today, it's time for America to unify as a nation and tackle our biggest challenges."

Read his full statement below:

It’s time to move beyond political stunts and work to unify America. Statement on my opposition to Nancy Pelosi’s latest impeachment: pic.twitter.com/omMGByDYjj

"Today I voted against impeaching President Donald Trump. The President has made it clear he will support a peaceful transfer of power on January 20th to President-elect Joe Biden. It is time to move on, heal, and put our focus into where it truly helps the American people: recovering from the COVID-19 pandemic and restoring our economy," the congressman said in a statement sent to WDRB News.

This is a developing story and may be updated.