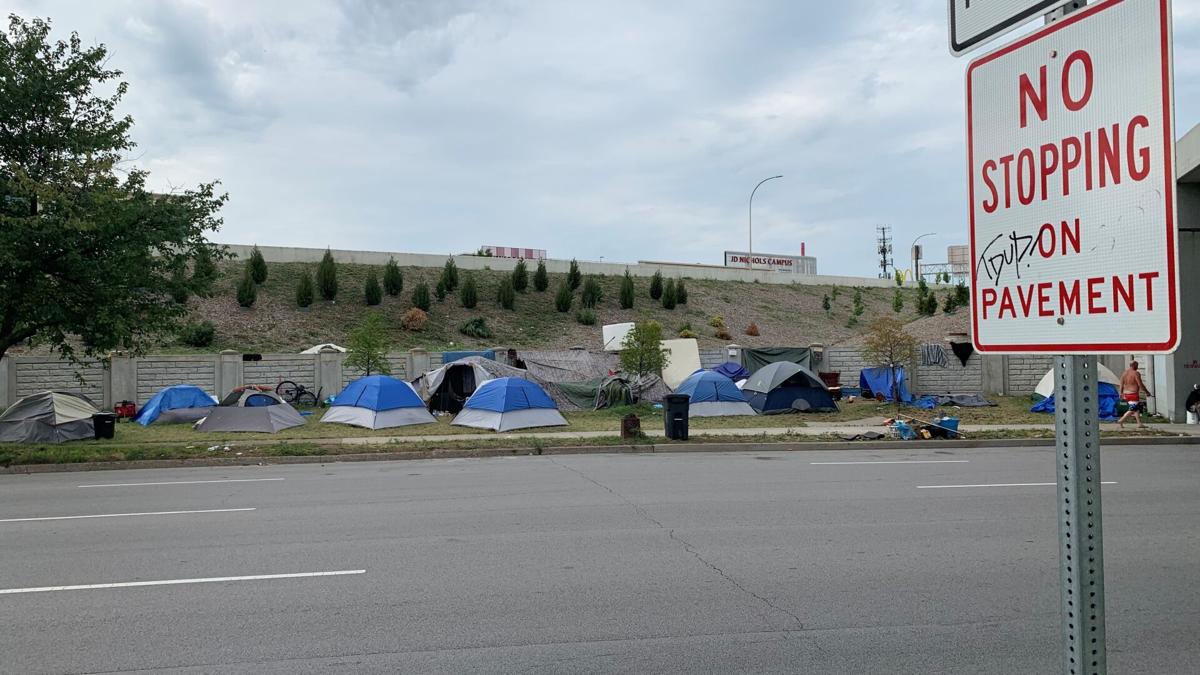 A homeless camp on Liberty St. near I-65 in downtown Louisville. (WDRB Photo) 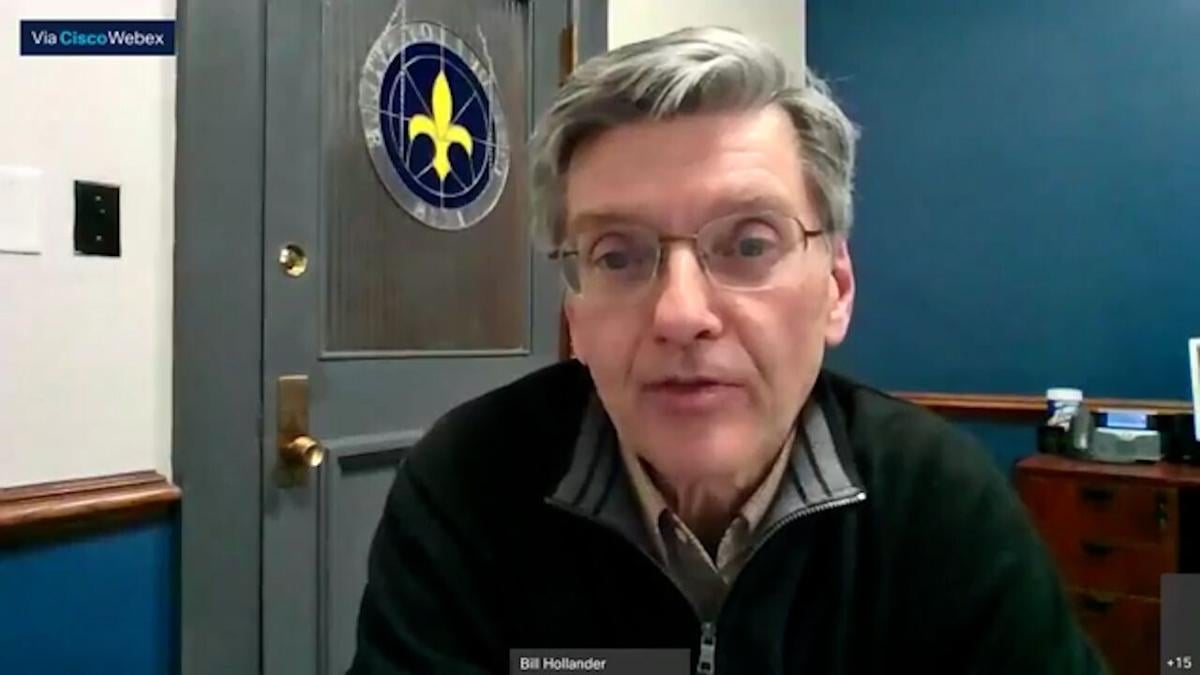 LOUISVILLE, Ky. (WDR) -- Standing under an I-65 overpass on a hot July afternoon, Jeff Gill could only imagine what it's like for the dozens who live in tents on the sidewalk there.

"Very rough," he remarked, as two men hand-washed clothes in a nearby patch of greenspace.

As the founder of Hip Hop Cares homeless outreach knows firsthand, Louisville has a homeless crisis, and it's one he says an incoming increase of evictions will only make worse citywide.

But right now there's a reason to hope — a roughly $340 million reason. Louisville has millions of dollars from the American Rescue Plan (ARP), the recent federal stimulus, that the city can spend on various projects, expenditures and initiatives.

"Low-income/no-income housing should be at the top of that list," said Gill. "Housing is our number one issue."

Councilman Bill Hollander, D-9, the chair of the Metro Council budget committee, agrees that homelessness and funding more affordable housing should be a priority, in addition to public safety, workforce training and more.

"I do think that we can make some real difference," he said.

In the coming weeks, Hollander says he's eager to hear the community's ideas at a series of public hearings, which could influence how the city spends the stimulus money.

"We need people to come to the table with some good ideas about those kinds of proposals," Hollander said. "I really hope that in ten years we will look back and say, 'This money was used really well to make this difference.' I hope we don't look back in ten years and say, 'What did we do with this money?'"

"It's not going to get any better doing things the way we've been doing it," he said.

He hopes others will stand with him to combat the crisis.

The Coalition for the Homeless made a similar plea to its supporters in a Friday e-mail, which instructed them to "ask Metro Council to fund housing for poor Louisvillians."

"Please tell them that it's finally time to address homelessness and housing insecurity," the e-mail concluded.

Community members can make their priorities known to council by clicking here.

The first public hearing will happen Saturday, July 17 from 11 a.m. to 1 p.m. at the Founders Union Building on the UofL ShelbyHurst Campus (9001 Shelbyville Road).

Two more will be held in the following weeks:

Hollander says, after those sessions, council members will work together — and with Mayor Greg Fischer's administration — to develop priority areas.

Spending decisions could be made in three to four months. The councilman says the city must have a plan to spend all of the federal funds by the end of 2024.