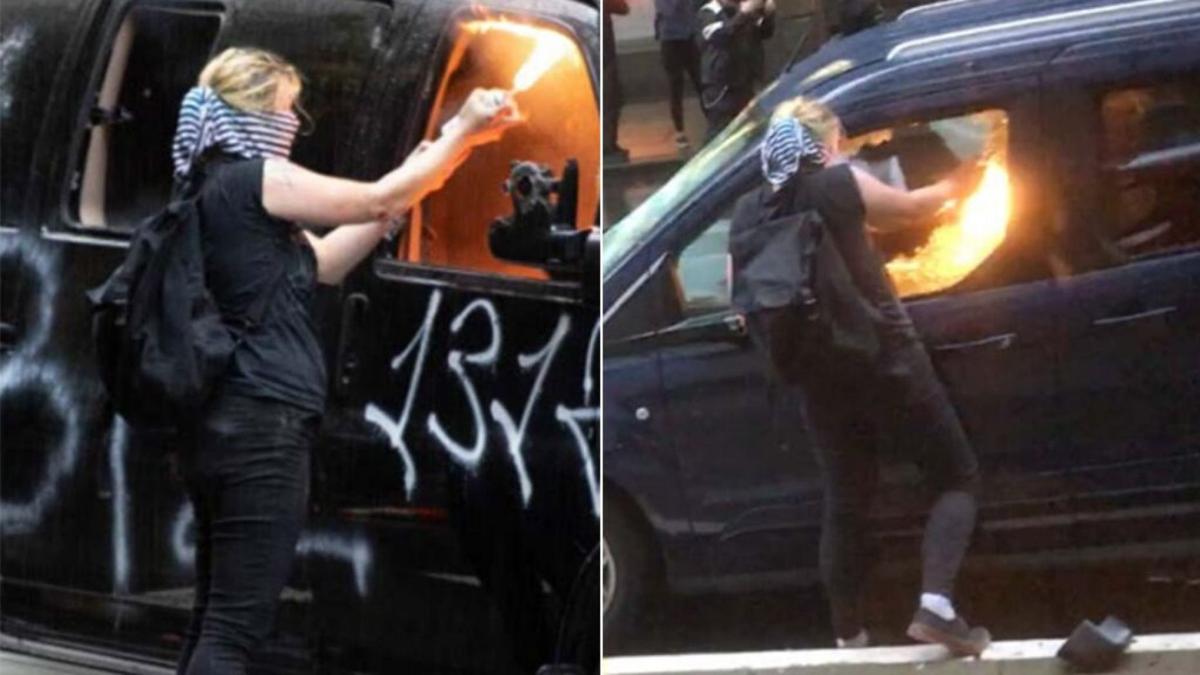 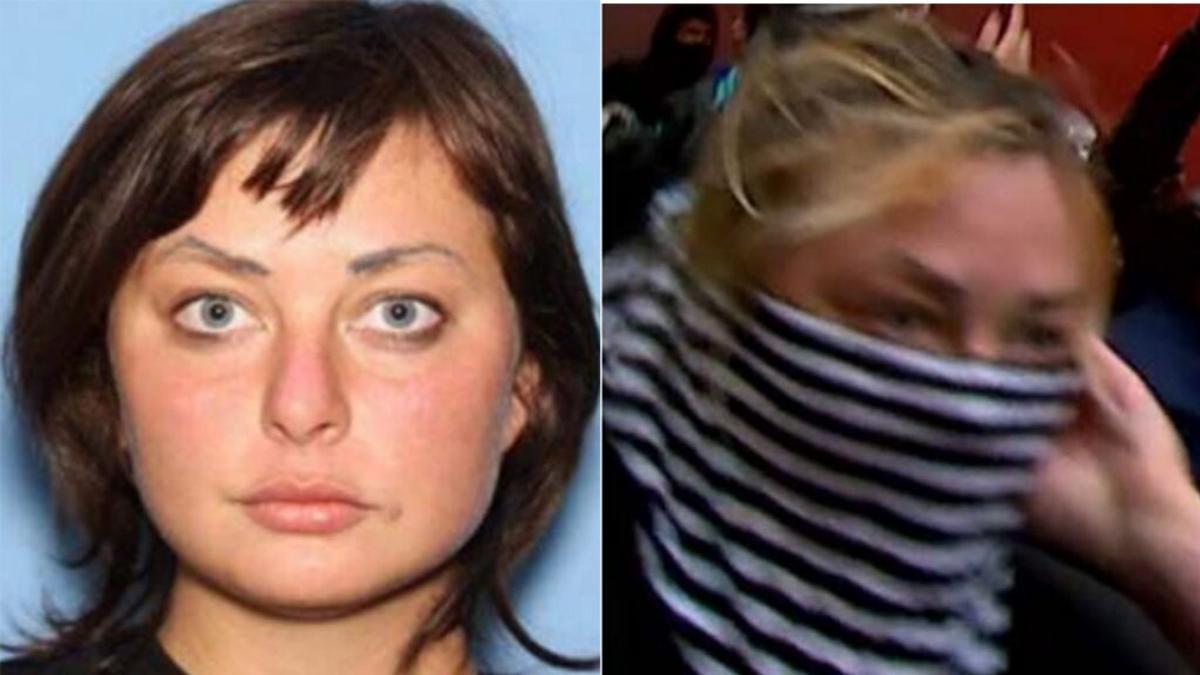 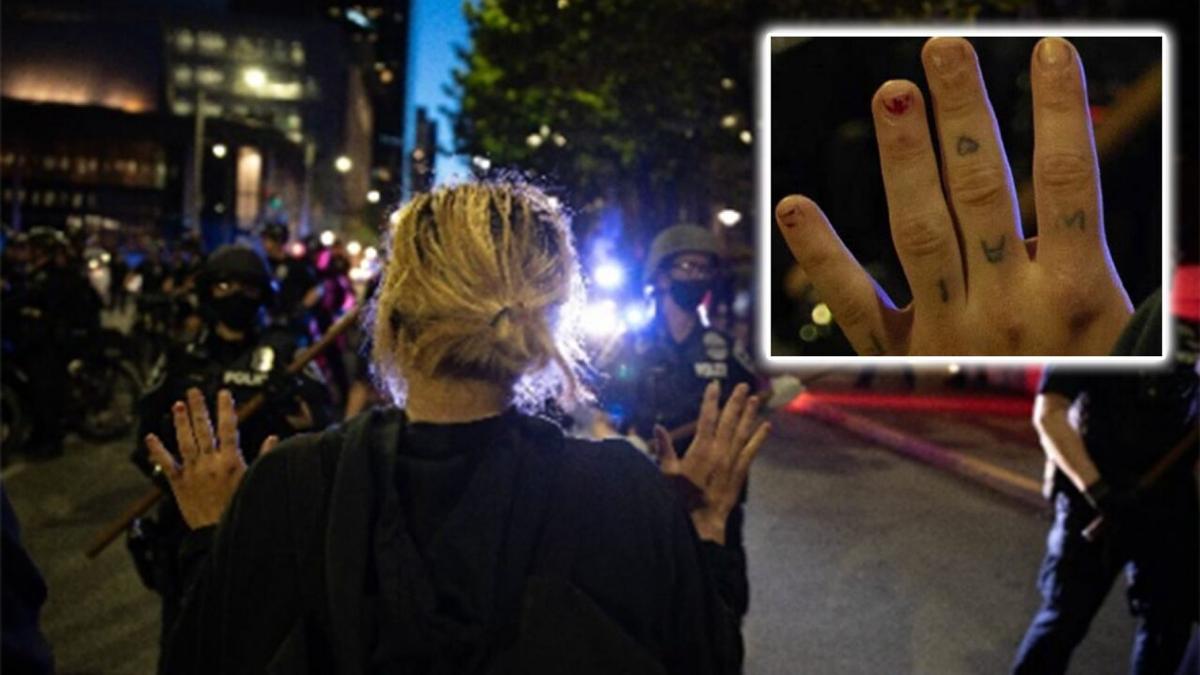 A separate image shows a woman raising her hands across from police – and in it tattoos on her knuckles are visible. Investigators said those tattoo matched ones they found on Channon when they searched her home. (DOJ)

“This defendant was captured by multiple cameras using an accelerant, lit like a blowtorch, to start fires in five vehicles,” Moran said in a statement.

Fox News reports the alleged arsons happened on May 30 around the area of Sixth Avenue and Pine Street in downtown Seattle. Local police abandoned the nearby East Precinct building, at 12th Avenue and Pine Street, earlier this week following violent protests that followed the death of George Floyd in Minneapolis on May 25. Demonstrators have moved in to the surrounding neighborhood and declared it a “cop-free” area that they call the “Capitol Hill Autonomous Zone.”

But investigators with the Seattle Police Department, the FBI and the Bureau of Alcohol, Tobacco and Firearms saw Channon in multiple videos taken in the area over a two-day span from May 29 to 30.

A separate image shows a woman raising her hands across from police – and in it tattoos on her knuckles are visible. Authorities said that the comparison of photos of the alleged arsonist on May 30 with photos of Channon on May 29 matched features in other known photos of her from official documents and her social media accounts.

While executing a search warrant at her home, authorities said they confirmed the tattoos and found clothing and other accessories that she was allegedly wearing in the videos.

“The First Amendment guarantees Americans the right to express their opinions and peacefully protest,” said FBI Special Agent in Charge Raymond Duda of the Seattle Field Office. “What it does not provide is the right to invoke violence under the guise of free speech.”

Federal arson charges carry a maximum penalty of 10 years in prison if convicted. Channon is due in court Friday afternoon.