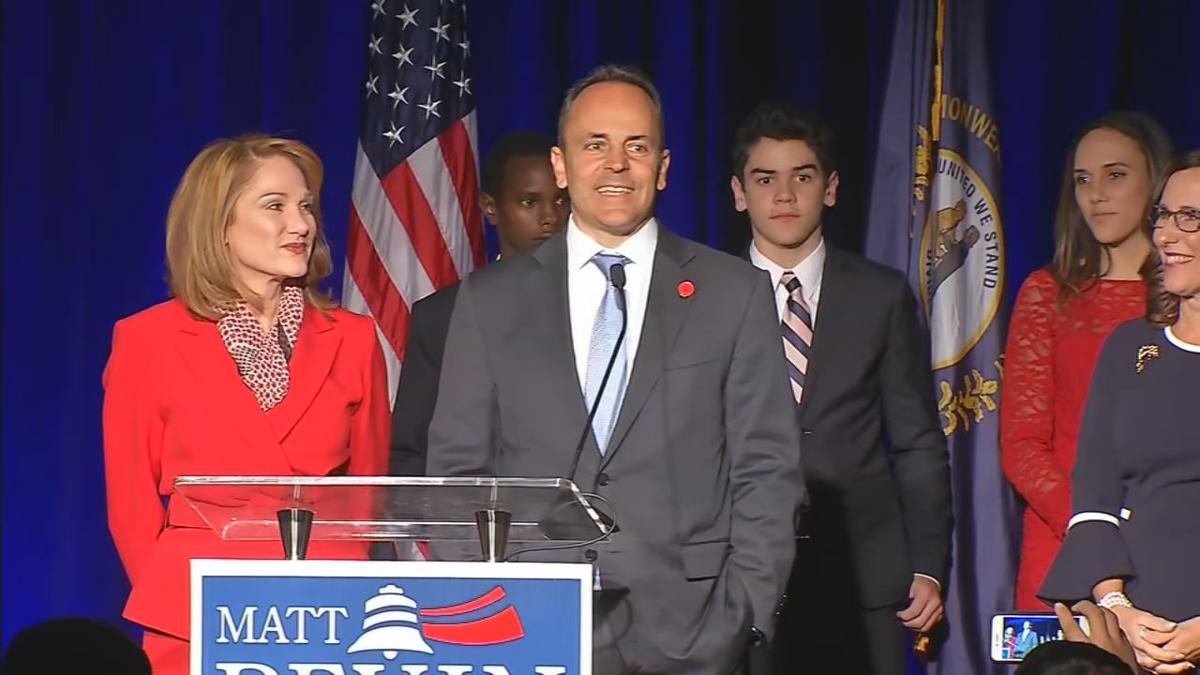 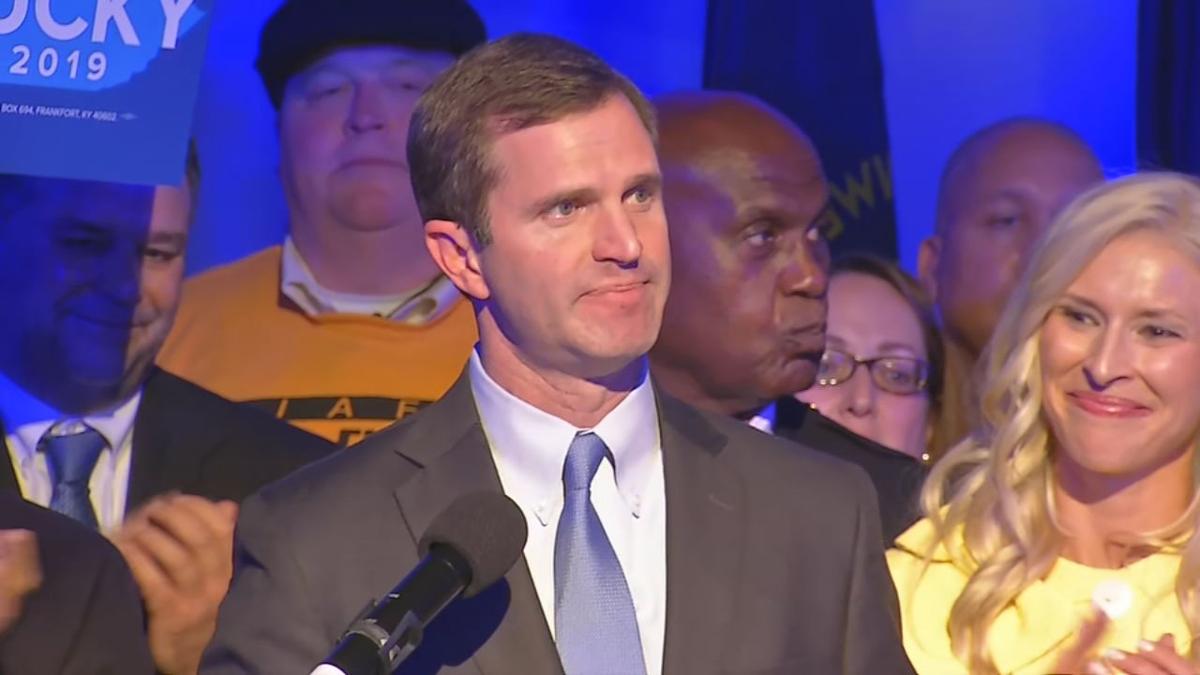 LOUISVILLE, Ky. (WDRB) -- Election Day is over, but the governor's race in Kentucky continues, with Democrat Andy Beshear declaring victory while Republican Gov. Matt Bevin has refused to concede with results showing he trailed by a few thousand votes.

"The people of Kentucky deserve a fair and honest election. With reports of irregularities, we are exercising the right to ensure that every lawful vote was counted."

With 100 percent of precincts reporting, Beshear, the state's attorney general and son of former Gov. Steve Beshear, had captured 49.2% of the vote. He led Bevin by 5,333 votes, or less than 0.4% of the 1.4 million total votes cast.

Since Bevin has not conceded, the election is not officially over, and the Associated Press has not declared a winner.

Bevin also has the rarely used option to officially contest the election and involve the GOP-controlled legislature in the decision, according to the University of Kentucky College of Law.

A recanvass is not exactly the same as a recount. It involves checking the vote count to make sure the results were counted correctly. To do that, election boards across the state examine each voting machine to ensure there were no issues when the ballots were calculated.

To file a contest with the General Assembly, a candidate must file a challenge within 30 days of the state Board of Election's final action of certifying the results. The legislature would randomly choose an 11-member committee to review the election results.

The full legislature would make the final decision.

State law also mandates that such a challenge can only happen when the General Assembly is in session. That's not expected until January -- a month after the scheduled inauguration.

Late Tuesday evening, Bevin suggested he may consider asking for a recanvass.

"Understand this: we want the process to be followed, and there is a process. we know for a fact there have been more than a few irregularities. They are very well corroborated, and that's alright," Bevin said.

"What they are exactly, how many, which ones, and what effect if any, they have will be determined according to law that's well established."

Bevin also noted that he faced a similar situation during the last election, and was ultimately declared the winner.

Beshear, on the other hand, is ready to move on.

"I haven't had an opportunity yet to speak to Gov. Bevin but my expectation is that he will honor the election that was held tonight and will help us make this transition," Beshear said. "And I tell you what, we will be ready for that first day in office and I look forward to it."

"In my first week in office I am going to rescind this governor's Medicaid waiver. We are going to give this state a brand new board of education. And we are going to restore the voting rights of more than 140,000 citizens.

If Beshear does take office, he'll be confronted by a dominant GOP. Republicans hold overwhelming majorities in the state legislature, and other Republican candidates won easily -- not a single Democrat other than Beshear winning a race for a statewide constitutional office.

Bevin has until Nov. 12 to request a recanvass. If he does, it would take place on Nov. 14.

Copyright 2019 WDRB Media. All rights reserved. The Associated Press contributed to this report.