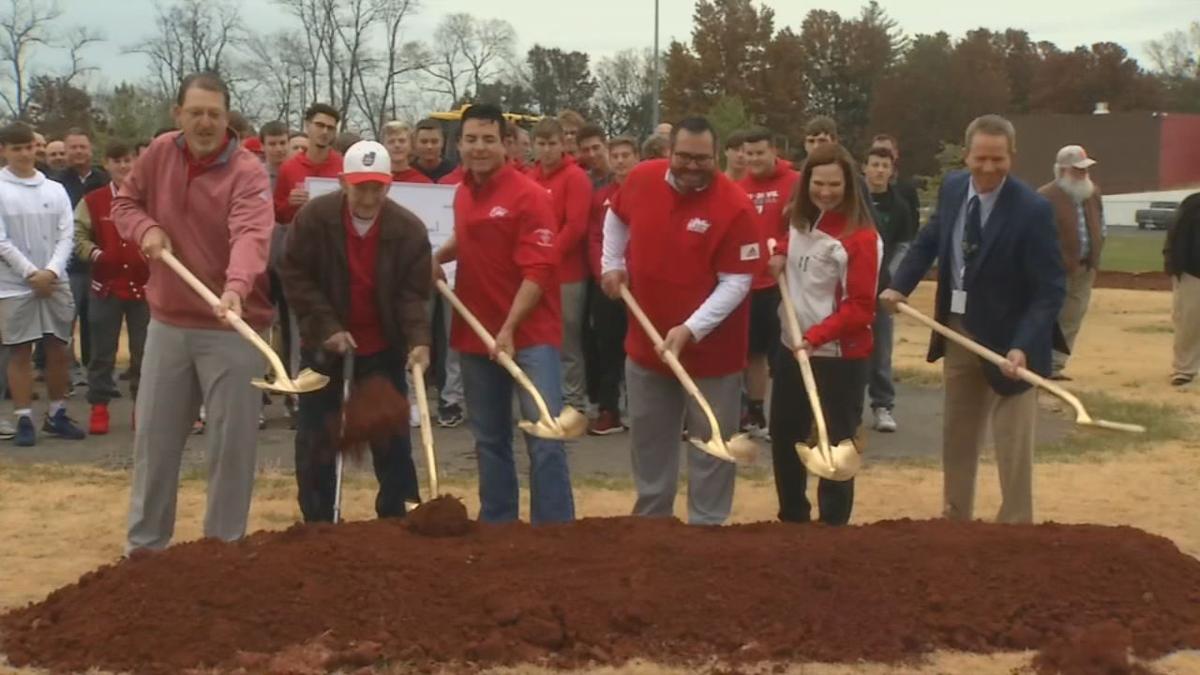 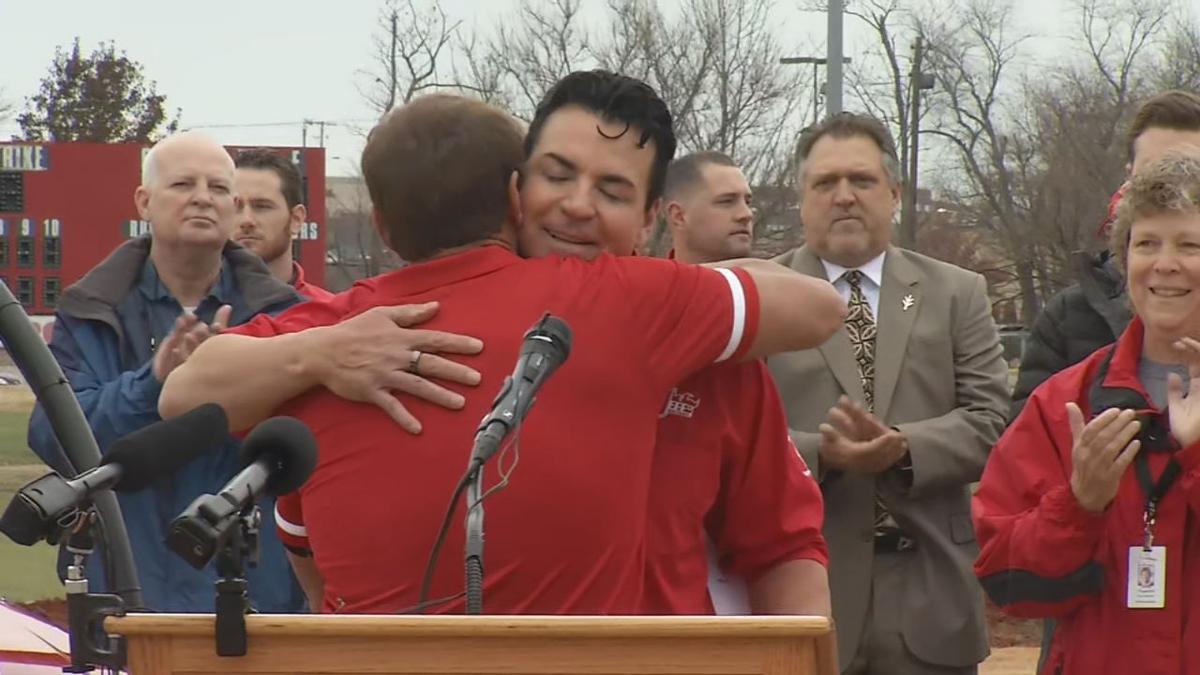 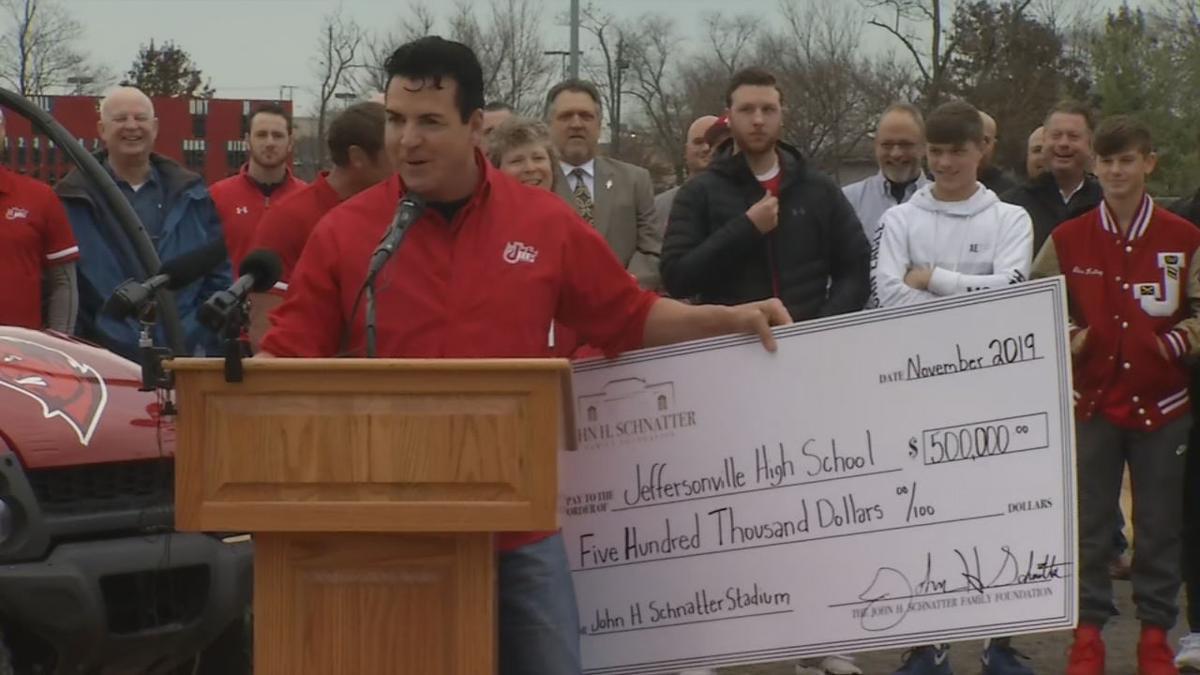 JEFFERSONVILLE, Ind. (WDRB) -- More than a year after his name was removed from the University of Louisville's Cardinal Stadium, another sports field will soon bear the name of "Papa John" Schnatter.

Jeffersonville High School's baseball stadium is being named for perhaps its most famous alumnus after Schnatter's foundation gave $500,000 for a major renovation.

The groundbreaking ceremony was a homecoming for Schnatter, who played shortstop at Jeffersonville High in the late 1970s.

Friend and mentor Travis Nay said it is where Schnatter first told his teammates about his home-run idea for becoming a millionaire before he was 30 years old.

"And he said, 'Pizza.' Well, they kind of laughed a little bit and giggled but, guess what? Two or three of them sitting there ending up owning franchises," said Nay.

Now Schnatter is giving part of his fortune to upgrade his Field of Dreams.

"This belongs to tomorrow's entrepreneurs, today's players and to our future leaders," said Schnatter during the ceremony.

Schnatter's hometown school embraced him after more than a year of controversy.

The founder of Papa John's Pizza lost control of his company after he admitted to using a racial slur during a conference call.

His name was removed from the Cardinal Stadium, Jeffersonville's Nachand Fieldhouse, and buildings at Purdue and Ball State Universities. They also returned Schnatter's donations.

During the groundbreaking, only Schnatter's old coach, Don Poe, mentioned the controversy.

"There's been somebody that went after him that put him in a poor position," said Poe. "And it cost him a lot in the business that he built. It's always been his business, and will always be his business."

Greater Clark Superintendent Mark Loughner said the school district's acceptance of the gift was about the future, not the past.

"Our board is very supportive of this," Loughner said. "Him giving back and giving something back to our kids, that's what this is about - and should be about."

The renovation includes an artificial turf infield, a new scoreboard and other improvements.

Senior player Markez Jordan said is grateful for the donation.

"I think it's an honor, honestly, that he donated the money to us so we can get this awesome field," he said. "We can practice year-round, work on everything we need to work on outside."

As he left the new stadium that will bear his name, Schnatter told WDRB News his gift was fueled only by pride - Jeffersonville Red Devil pride.

"I like being partners with the coach. He's a great man," said Schnatter. "It's a great thing, great team. Go Devils!"

Renovations are expected to be finished just in time for the first game of the 2020 baseball season, currently scheduled for April 7.