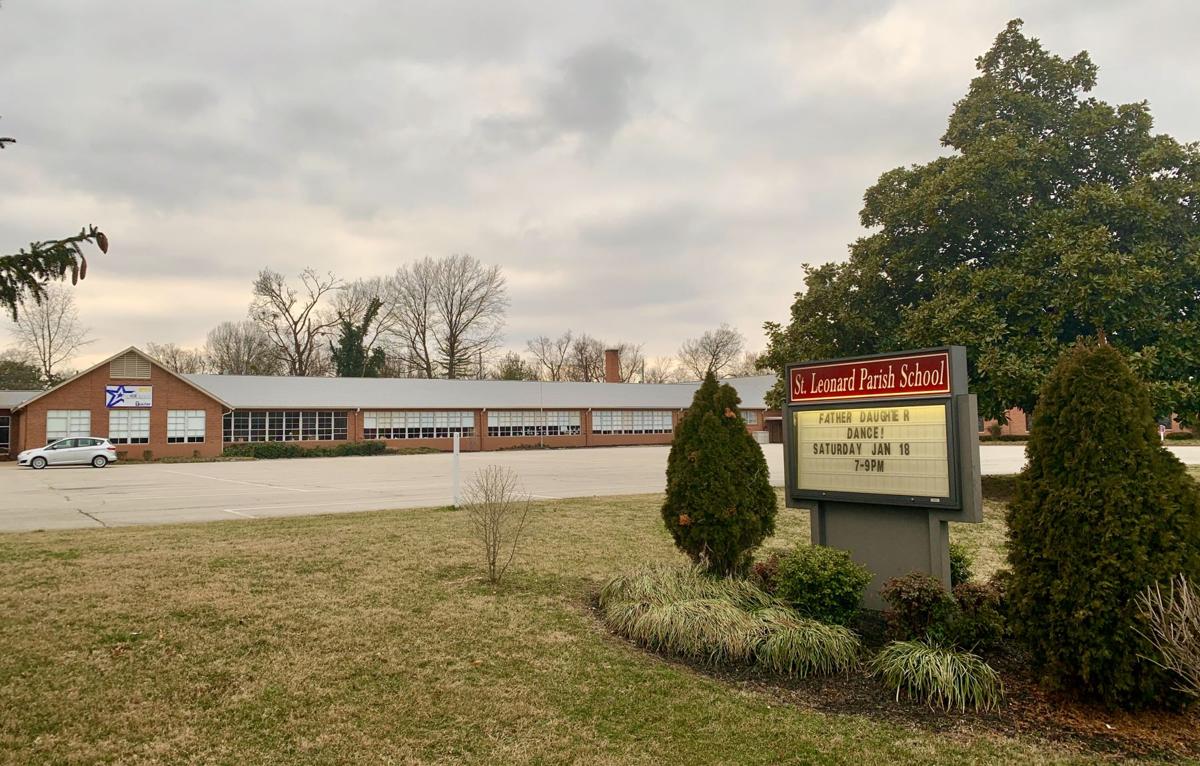 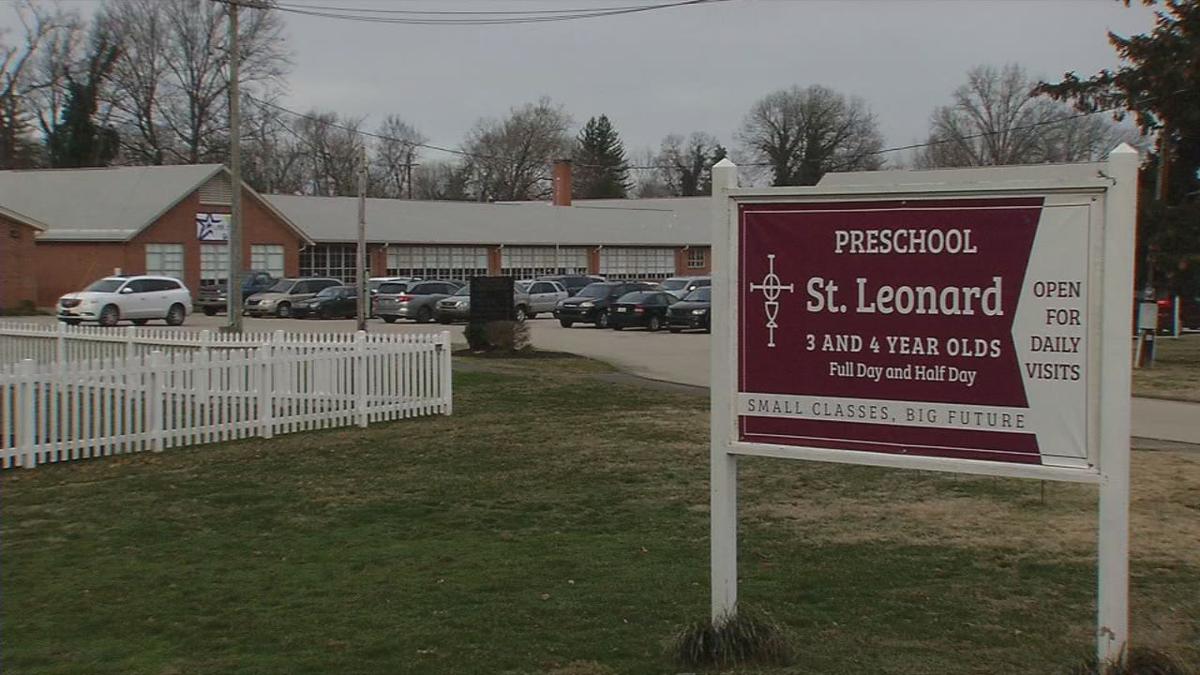 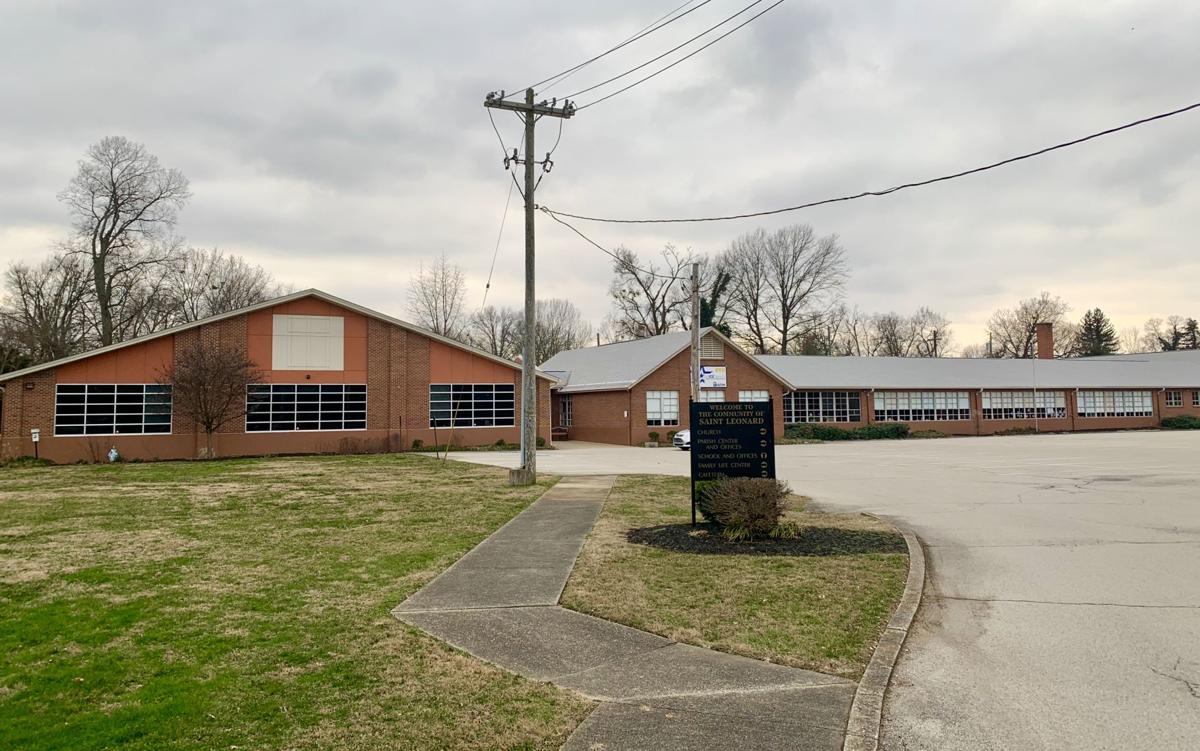 LOUISVILLE, Ky (WDRB) -- Frustrated with a lack of transparency — that’s how many parents say they feel after the Catholic school their children go to will close for good.

An email was sent to parents of students at St. Leonard Parish School on Friday telling them the 66-year-old school will close for good at the end of this school year.

"I felt completely blindsided. I had no idea this was coming," said Katrina Pierce, who has two children in the school — one that she also attended. "I opened the email in the middle of the store and was flabbergasted that the first line said 'Sorry to tell you St. Leonard is closing.'"

Low enrollment and budget issues are the two main reasons the 120-student school will close its doors. 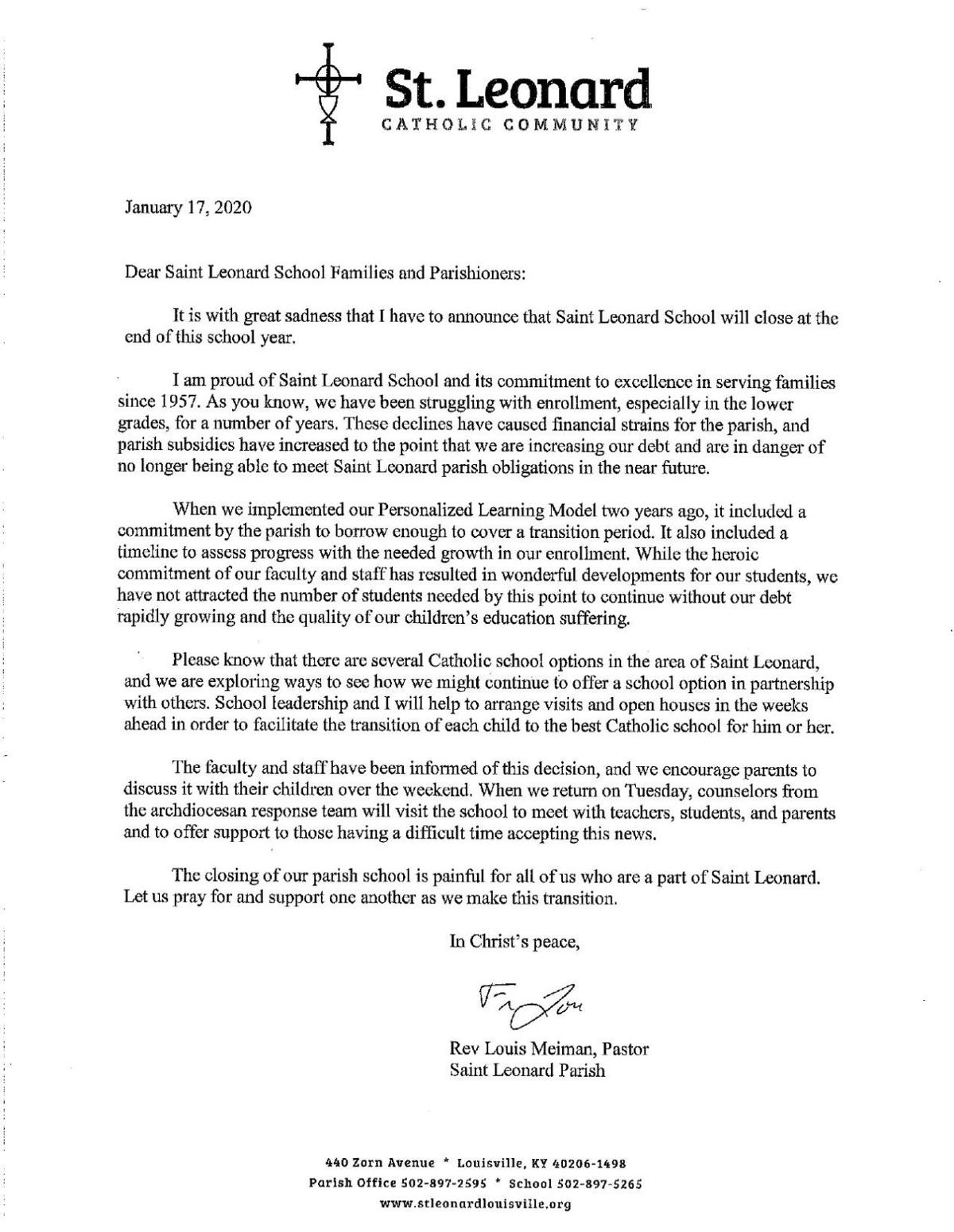 The email mentions the personalized learning model implemented two years ago, which allowed the school to borrow money from the Diocese to get back on track financially.

Pierce said parents were never updated as to how things were progressing, which they say is what’s so frustrating.

"The closing is not as much of a shock to me as the way it was done. That is where I am having the real hard time," said Pierce.

Pierce is a teacher in a different district and has been in a similar situation before, but said it was easier then because students and staff were always updated along the way. She is now looking for places for her 5th grade daughter to attend for the 2020-2021 school year.

St. Leonard told parents it will work with them to make transitions to other local Catholic schools as smooth as possible.

"We have not attracted the number of students needed by this point to continue without our debt rapidly growing and the quality of our children’s education," Father Louis Meiman wrote in the email.

Pierce is worried some of the school’s 14 teachers will leave even before the end of the year.

"I would think so … and I wouldn’t blame them," Pierce said.

Thursday, the school plans on having a meeting with parents at 6:30 p.m. at its Zorn Avenue location to answer any questions.