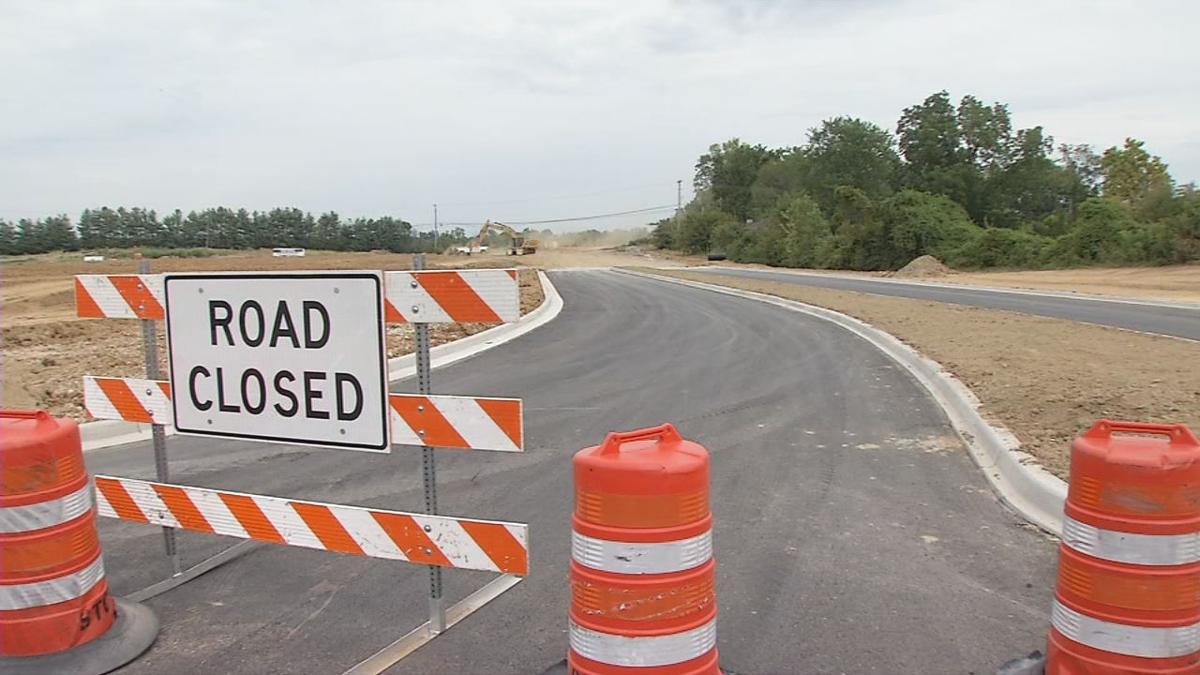 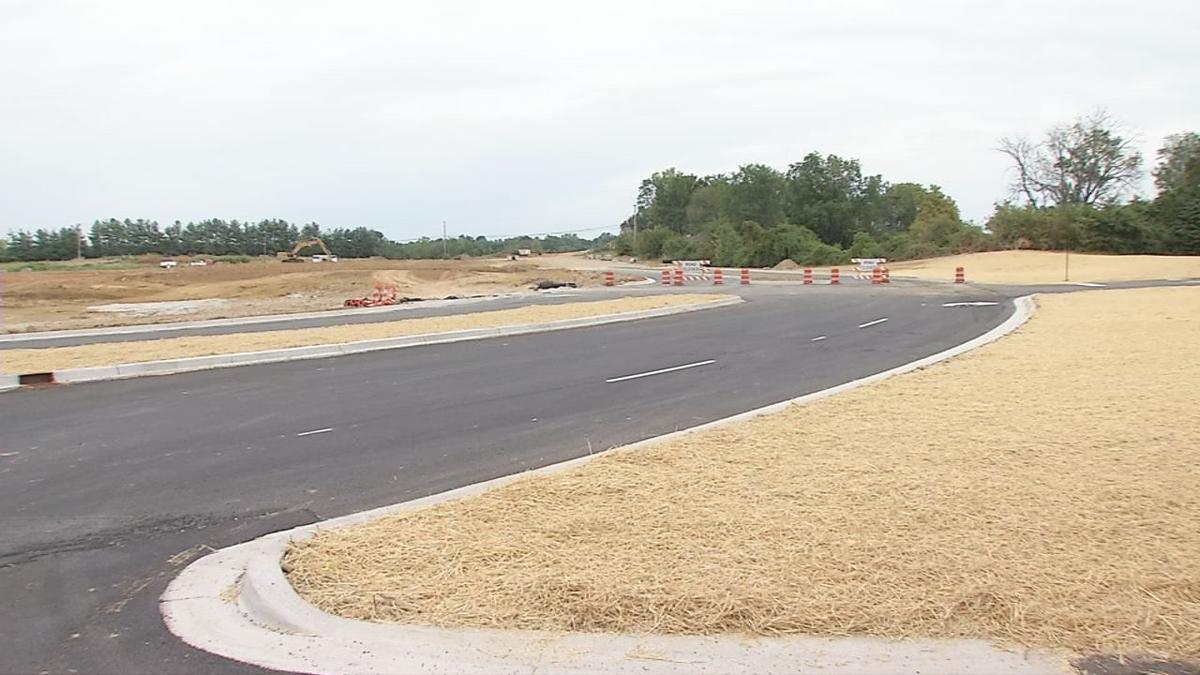 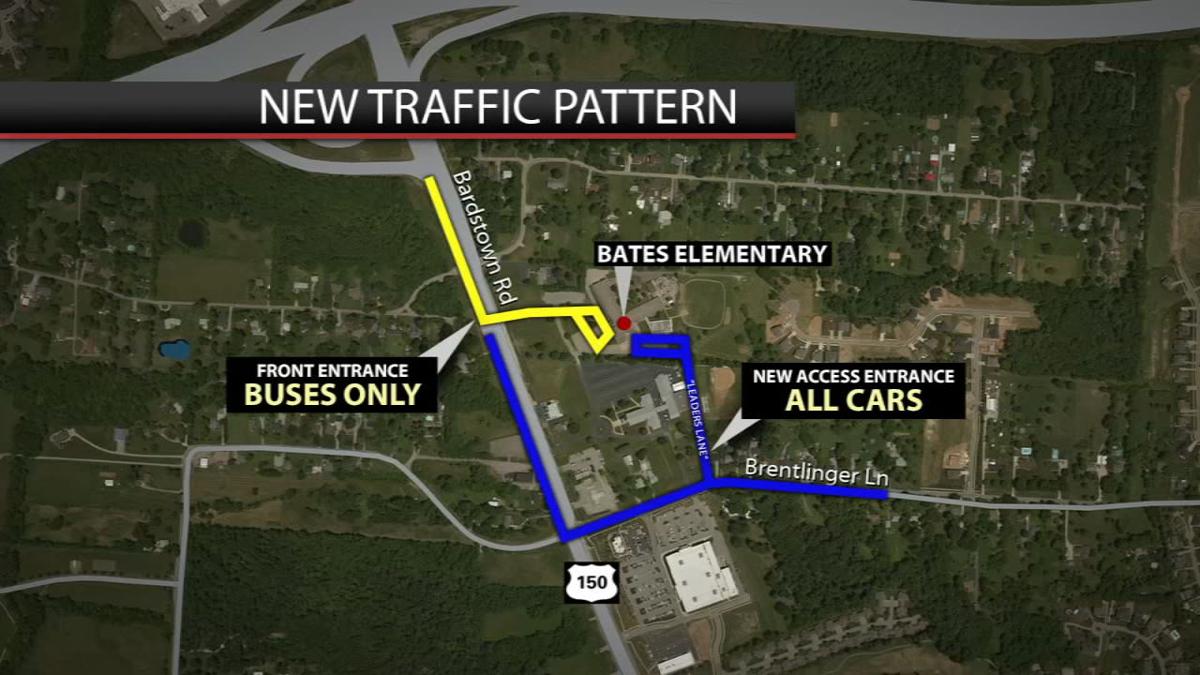 The Barrister Commercial Group broke ground on the $80 million shopping and entertainment center in 2017, but the project has been in the making for over a decade.

The Barrister Group came to an agreement with Jefferson County Public Schools and the Kentucky Retired Teachers Association in order to start the road work, which is then the kickoff to the development work. Crews demolished the old KRTA building and built a brand new one at the back of the property. The developer also bought some of the JCPS property of Bates Elementary School in order to improve the safety of the access roads to and from the school. Those improved roads will also be access points for SouthPointe Commons.

“It’s exciting seeing something actually happen and to see the future impact this development will have for Fern Creek,” said Lisa Armstrong, a Fern Creek Chamber board member who was at the ribbon cutting.

“We’ve got the Glenmary subdivision, that is not too far from here, that people could actually walk to this development in the future ... 850 homes in the Glenmary subdivision alone,” said Metro Councilman Robin Engel (R-22). "Can you imagine taking those cars off Bardstown Road at the present time? Now you’re talking some serious safety enhancements.”

With the addition of these roads, it also allows the elementary school to improve safety by splitting bus and carpool traffic. Through last school year, buses and parents dropping off or picking up students all used the same one lane into the school and one lane out of the school. During busy rush hour traffic, it could quickly cause backups on Bardstown Road.

Turning left on Bardstown Road near the school was next to impossible. So nearby Cedar Creek Baptist Church allowed drivers for several years to cut through their parking lot in order to leave the school. The school’s principal, Alecia Dunn, said she is so thankful for the church’s kindness over the years and is happy the school will no longer need to use that route now.

To help with managing the traffic nightmare, the school employed two crossing guards to help direct drivers and cars. It was a safety concern for everyone involved.

So the school’s principal is thrilled that with the new roads, bus and car traffic can be split.

Only buses will enter and exit the school off Bardstown Road and SouthPointe Boulevard. And drop-off and pick-up lines will be at the back of the school. Drivers will access that from Brentlinger Lane and Leaders Lane.

Dunn asks for everyone’s patience as they get used to the new traffic pattern.

“We have a new transportation route, and it’s new for all of us," she said. "We’ve tried our best to communicate as clearly as possible. So please be kind and be patient.”

This fall, a new traffic signal will be installed at the intersection of Bardstown Road and SouthPointe, costing around $173,000. Once it is up and running, the school hopes it will eventually not need the crossing guards.

“Kentucky Department of Transportation has agreed to work with us on that,” said Mike Brown, the director of business development for Barrister Commercial Group. “And after that, you’ll see an expansion of Bardstown Road. They’re adding some turning lanes and additional lanes to facilitate even further safety enhancements.”

Construction for the first SouthPointe tenant, Panera Bread, is scheduled to start in September. The rest of the tenants are expected to be announced this fall.