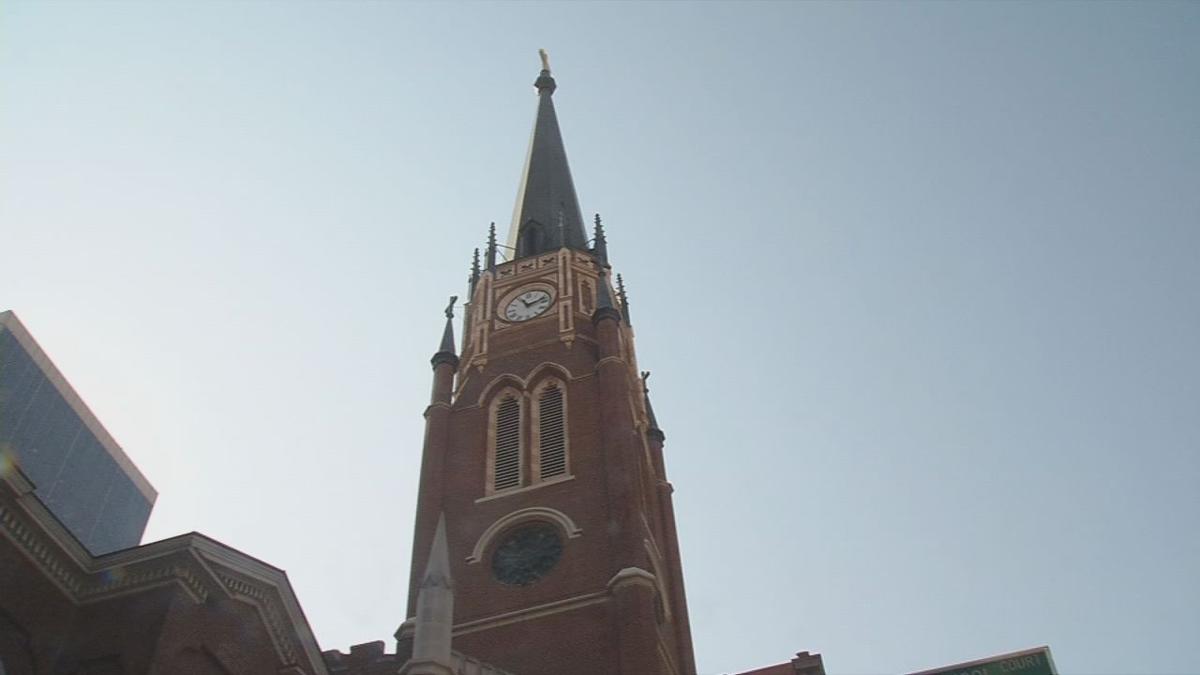 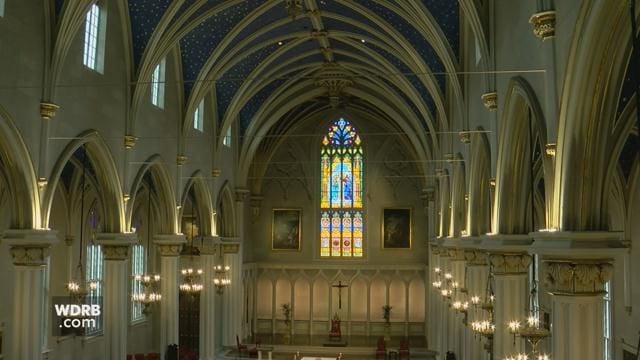 The Archdiocese of Louisville's Cathedral of the Assumption

The Archdiocese of Louisville's Cathedral of the Assumption

The report, prepared by Mark Miller, a former assistant U.S. attorney and Kentucky State Police Commissioner, found that, with one exception, the last acts of child sexual abuse reported to the Archdiocese were from the 1980s. Most of the abuse took place in the 1960s and 1970s.

While the report did not tally the total number of victims, officials say hundreds of children were abused going as far back as the 1930s.

The report noted that in several instances, there was an admission by priests of sexual abuse, with about ten of the cases ending in settlements between the Archdiocese and attorneys for the victims.

But that information didn't make it to law enforcement at the time, as Miller said the church's focus "appeared to be on protecting the priests and not the victims."

The report said that the Archdiocese's "response was usually focused on the impact on the priest and maintaining confidentiality of the report.

"Often, there was reference to the priest's otherwise successful ministry and the positive impact he has had on a parish or program," according to the report. "Comments about the victims usually focused on how they might bring scandal to the Church."

The report does note one incident when a Jefferson County Attorney knew about an allegation of abuse because he and his wife were representing the victim in civil litigation.

In March and June of 1983, then-Archbishop Thomas Kelly wrote memos regarding a priest's admission that he had sexually molested a 15-year-old boy, according to the report.

"Based on the law at the time, the incident should have been reported to law enforcement," the report concludes. "It is interesting to note that the victim was represented by the then Jefferson County Attorney and his wife."

Archbishop Joseph Kurtz said at a press conference Friday that the primary purpose of the report is healing and validation for survivors of sexual abuse -- and inspiration for others to come forward.

"It's healing of people who are victims, survivors, many of whom I've spoken directly to and who have told me having a report and list of credibly accused priests will provide validation for something that has been part of their life for many decades," he said.

The 30-page report was completed over three months and Miller says he was given complete access to 400 Archdiocese files, including thousands of pages of reports of abuse, victim survivor documents and church policies.

The report said there was little documentation of the abuse and the church's response in many cases.

For example, one mention in a 1976 personnel form stated "...my limitations and faults can be controlled," without any elaboration.

Some files, mostly before the 1980s, contained no reference to any reports of abuse, according to the report.

When complaints were documented, the records show priests typically underwent a psychological assessments that concluded "the priest did not represent a threat to children," the report says.

The assessments "relied heavily on the priest's self-report of what, if anything, happened, and his psychological condition," according to the report.

The report concluded: "It seems that reports of child sexual abuse were considered more of an unpleasant personnel matter than a serious crime with serious long term affects. Reports were not sufficiently investigated nor fully addressed. Serious priest accountability was lacking. Serious focus on the need of the victim/survivor was likewise lacking."

However, Miller pointed out that since 2002, "there has been a sea change in the archdiocesan response to reports of child sexual abuse," with a goal of more transparency and cooperation with law enforcement.

Hundreds of abuse survivors sued the archdiocese in 2002, resulting in a settlement of more than $25 million.

Miller noted that in the most recent case, that of Steven Pohl for possession of child pornography in 2016, the Archdiocese immediately removed him from ministry and cooperated with police.

And rules on priests being alone with minors are more strict.

In addition, one report of abuse now results in the "immediate removal of a priest from active ministry pending investigation," according to the report. The case is also reported to law enforcement even if the victim declines to go to police.

Most of the 22 priests identified in the report are deceased. Miller said there are currently no priests active in the ministry within the Archdiocese with a report of sexual abuse against them.

The report posted on the Archdiocese website lists the priests who were investigated.

The majority of the abuse involved a handful of priests. Priests Louis Miller, Arthur Wood and Daniel Clark were collectively responsible for more than 170 reported cases of abuse, according to the report.

James Schook, Joseph Herp and Robert Bowling's files accounted for about 30 reports of child sexual abuse. And about 15 priests had one accuser.

The abuse occurred at "lake houses, on overnight trips or longer vacation trips, at the priest's residence, in the sacristy, at schools and, in a few cases, in or around the confessional and at a hospital," according to the report.

The report said children were manipulated by the stature of the priest in the parish community and gifts given to them, which included money, alcohol and cigarettes.

Victims were told by priests not to tell anyone about the abuse, "or that the sexual abuse was somehow acceptable as a private matter between them," according to the report.

In most cases, the abuse was not reported until decades after it occurred.

Archbishop Kurtz stressed that the report is a "process of transparency that is meant for healing."

The report is "not a conclusion, it's a beginning," he said. "We do not know what we do not know."

He added, "If anyone does have a question of abuse that has happened in the past or any time, the first thing they should do is contact the authorities."

Kurtz said the second thing to do is contact the Victim Assistance Coordinator at the church.

Asked if church has lost and is losing members because of the abuse, Kurtz says "it's a hard thing to comment on," but he admits he has seen real examples of people who have "strayed from the church."

Archbishop Kurtz posted a public letter titled "Restoring Trust" on the Diocese website, as the report was released.

Dear Sisters and Brothers in Christ:

May God bless you! I have written on many occasions over the last several months about the sexual abuse of children in the Church and how the Archdiocese is responding in a pastoral way.

As part of our response, the Archdiocese of Louisville Sexual Abuse Review Board requested a careful review by an independent investigator of our records involving sexual abuse of minors by diocesan priests with a report of the findings. The investigator is Mr. Mark Miller, a former Assistant U.S. Attorney, former First Assistant Jefferson County Commonwealth Attorney, and former Commissioner of the Kentucky State Police, and he presented his report to the Sexual Abuse Review Board today. This report includes a list of credibly accused diocesan priests. In addition to Mr. Miller's report, we also are releasing a list of credibly accused religious order priests. Because the personnel records for these priests are maintained by the religious order, we had only limited information for review, and so religious order priests are not included in Mr. Miller's report. Many religious orders have published a list or are in the process of doing so, and we provided the web page for each religious order involved.

Several weeks ago, Mr. Miller shared his initial findings with the Sexual Abuse Review Board. During that meeting, I confirmed with him that he had received unfettered and independent access to what he needed to complete his work.

As this report is made public, there are two important points I want to make:

The primary goal of releasing such a report is healing for victims. I have heard from survivors that releasing a list of credibly accused priests provides validation for the suffering that victim survivors have experienced and motivates others who have been hurt by a priest or other Church leader to come forward. With that in mind, I again urge anyone who has been abused by a representative of the Church first, to call the police and second, to contact our Victim Assistance Coordinator, Martine Siegel (victimassistance@archlou.org or 502/636-1044).

This release is the beginning of a process of transparency not the conclusion. We do not know what we do not know, but we realize that we will likely learn more as a result of taking this action. Therefore, I expect changes and updates to the lists contained in this report.

I would like to say a word directly to victims of sexual abuse within the Church and beyond. Since statistics reveal that one out of every four women and one out of every six men experience sexual abuse by the time that they are 18, I realize that many among our parishioners, colleagues, friends, and family have been sexually abused as children or adolescents. I cannot begin to imagine the pain you suffer and the lifelong effects that you must deal with because of the terrible evil that was committed against you. I am deeply sorry for the times when our own Church-by denial, by apathy, or by placing blame elsewhere-added to your pain and caused you to feel revictimized. Please know that we are in solidarity with you, and your wound is our wound.

No child should ever be subjected to abuse, particularly by someone who is responsible for nurturing a child's faith. We can only be healthy as a Church and as a society if we honestly confront the sexual abuse of children and rebuild relationships one at a time.

As we take this next step in our journey of repentance, transparency, and solidarity with victim/survivors, please join me in praying for continued healing for those who have been wounded by the evil of sexual abuse.

Sincerely yours in our Lord,

The report was requested by a Sexual Abuse Review Board chaired by retired Bullitt County District Court Judge John Laun. It was formed in 2002 to advise then-Archbishop Thomas Kelly on allegations against church personnel. The primary function of the board was to see if allegations of abuse are credible, determine if the personnel are fit for ministry and report to the Archbishop.

Laun said in the past that the review board includes active Catholics who are doctors, nurses, hospital administrators and others who have connections to children. He noted that one member of the review board is a sex abuse survivor.

In October 2018, the Archdiocese of Indianapolis released a list of 19 priests credibly accused of child sexual assault. The Archdiocese said an allegation of sex abuse of a child was "deemed credible" if the accusation was found to be "more likely to be true than not in the judgment of the Archdiocesan Review Board" after an investigation and review.