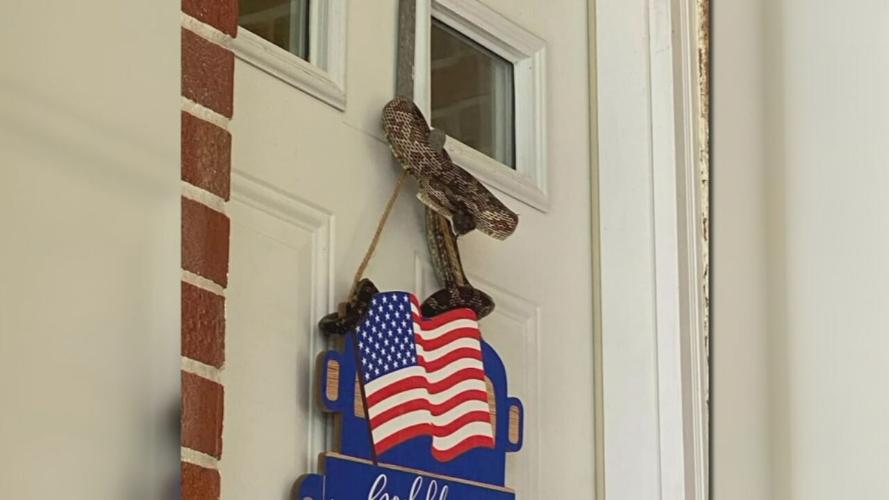 A snake on a door hanger bit a Princeton, Kentucky woman. Image via CNN. 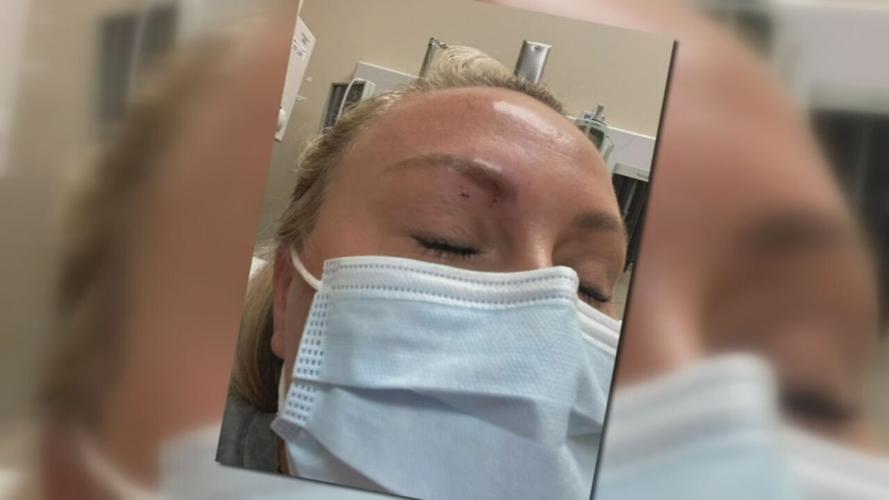 A snake on a door hanger bit Kenly Thomas, a Princeton, Kentucky woman. Image via CNN.

A snake on a door hanger bit a Princeton, Kentucky woman. Image via CNN.

A snake on a door hanger bit Kenly Thomas, a Princeton, Kentucky woman. Image via CNN.

LOUISVILLE, Ky. (WDRB) -- A western Kentucky woman is recovering after being bitten in the face by a snake that was hanging out on her front door.

Kenley Thomas was heading back inside after putting the trash cans away at her home in Princeton. That's when a three-foot snake wrapped around a patriotic door decoration caught her eye.

"It bit me before I ever saw it, but I knew instantly that it did bite me," Thomas said.

Her mother, Mara Jo Thomas, heard her screams and ran out the door. They rushed to the hospital because they weren't sure whether the snake was venomous.

Sgt. Daniel Richardson with Kentucky Fish and Wildlife said the probability of being bitten by a venomous snake in western Kentucky is not that likely.

"It's not a lot like what people think, especially for as many people access the public areas that we have, like Land Between the Lakes and the rivers," Richardson said.

He explained that it's possible the snake was trying to beat the heat by trying to find somewhere cool to hang out. "It would be hard to keep them away, but you can limit the places they have access to. They'll find lots of places that you wouldn't expect them to be now, in this kind of heat."

For now, Thomas said she's removing the door hangers and paying more attention, when she goes outside.

Thomas said she did post a photo of snake on social media. People responded that it was likely a chicken snake.