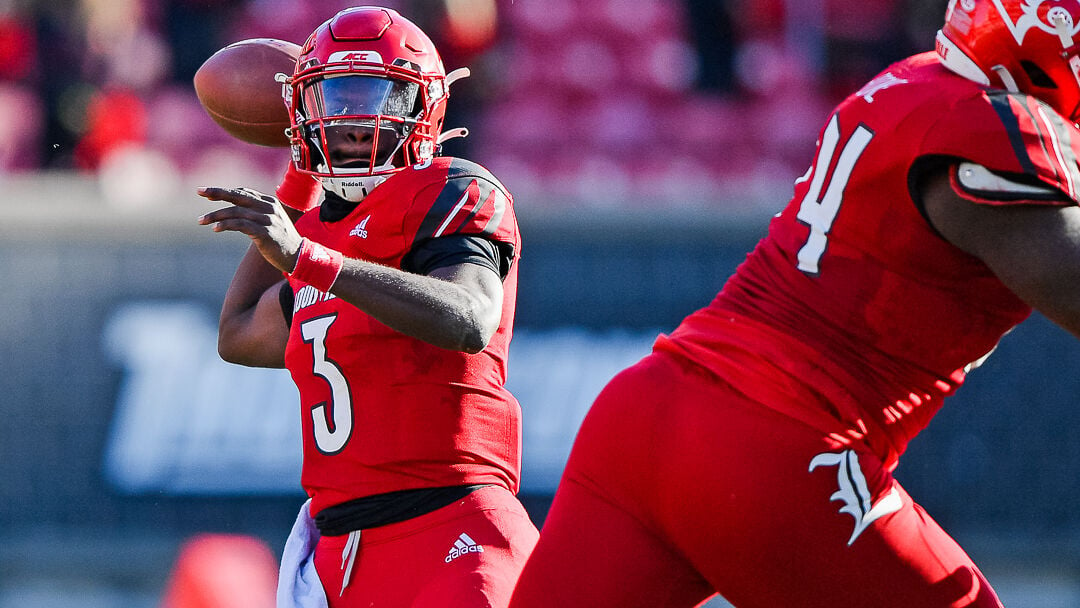 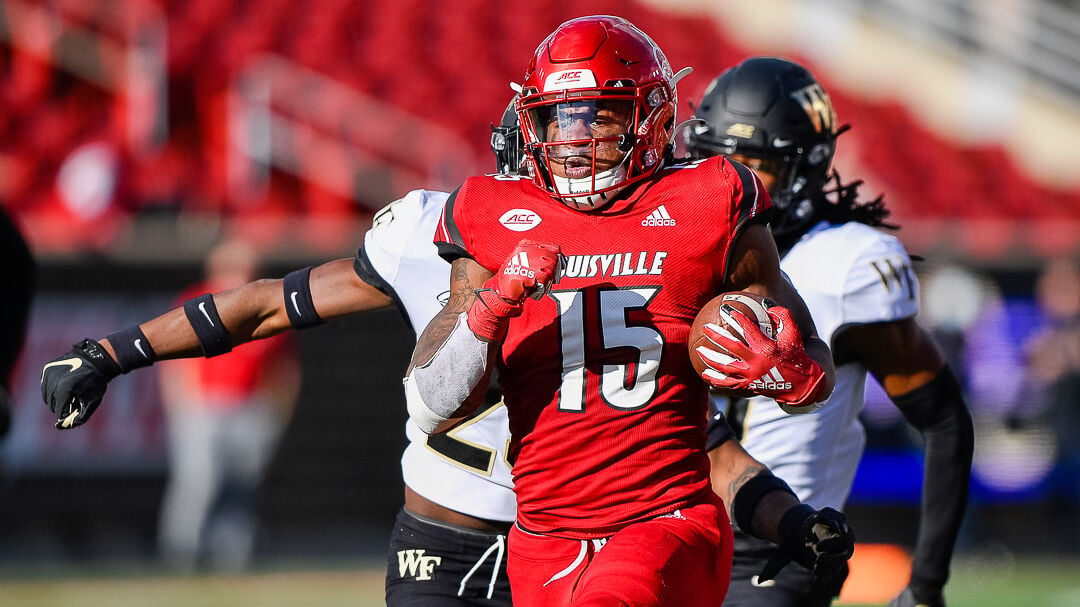 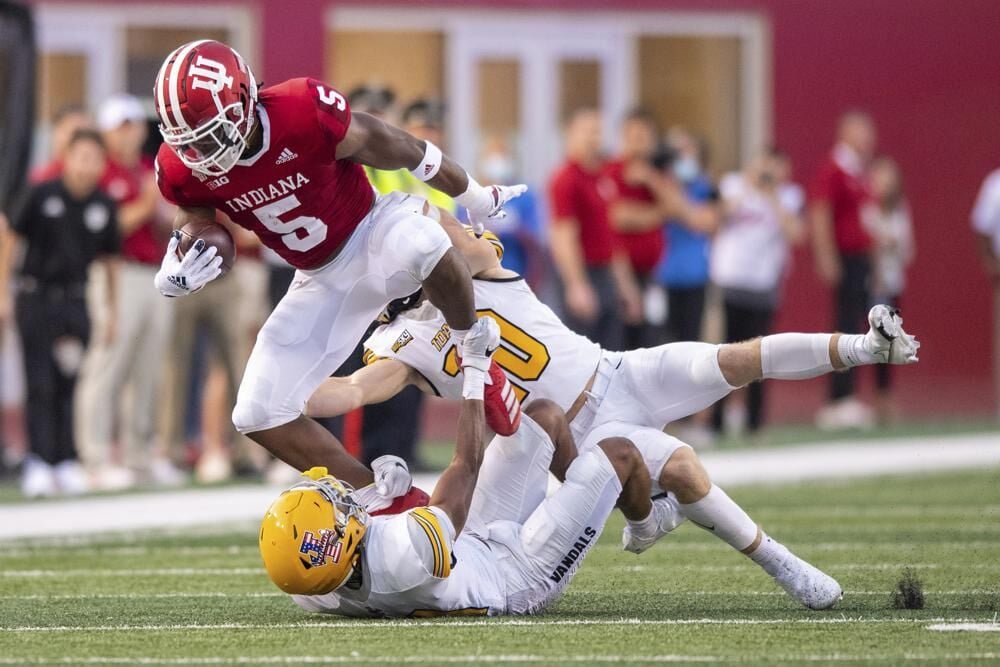 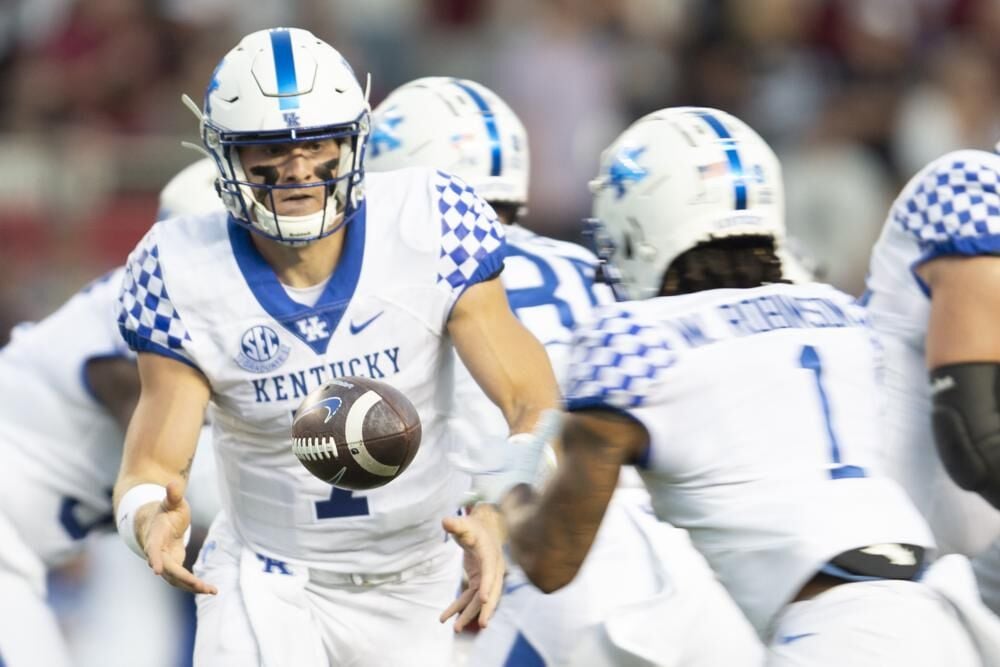 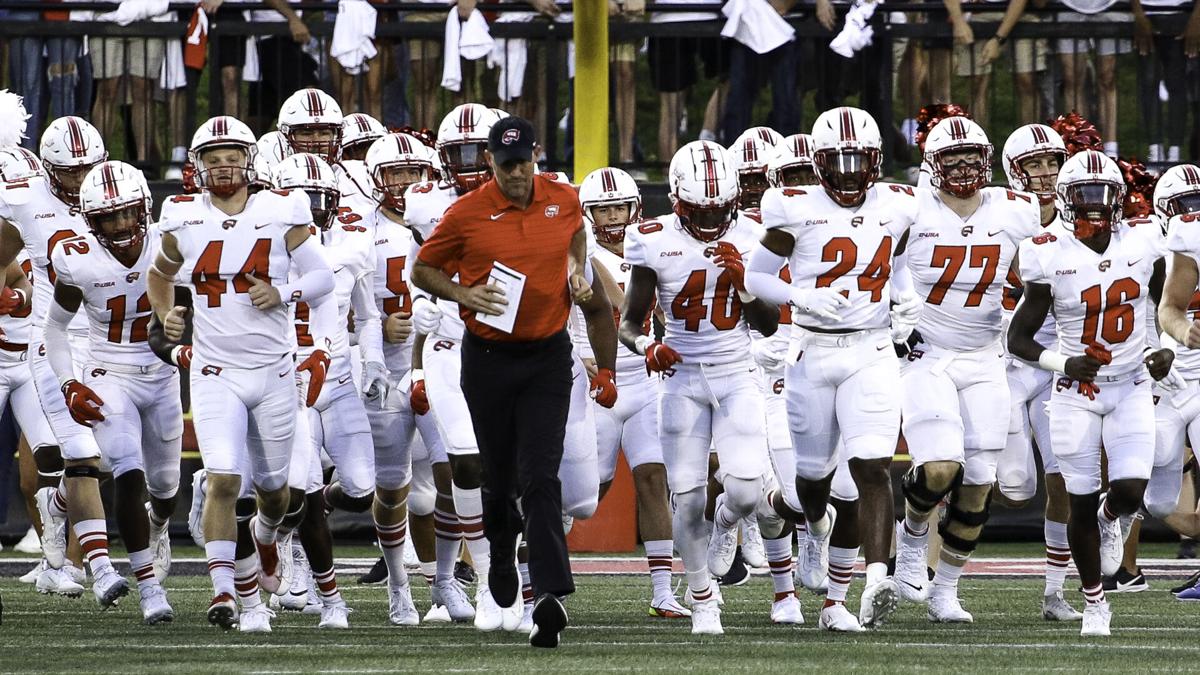 Coach Tyson Helton leads WKU onto the field before its 2021 season opener.

Coach Tyson Helton leads WKU onto the field before its 2021 season opener.

LOUISVILLE, Ky. (WDRB) — There is a sense of motivating unity across the local college football scene this weekend.

The Cardinals, Wildcats, Hoosiers and Hilltoppers are all underdogs by a touchdown or more. (And, everybody but Kentucky must try to deliver the upset on the road).

All four teams have a legitimate shots to change the arcs of their seasons. It looks like a Saturday to remember — or forget.

10-Cent Storyline: Louisville was the last ACC team to beat Wake Forest. Are the Demon Deacons really the team to beat in the ACC?

Line Movement: The Demon Deacons opened as a 7-point favorite. The line slipped to 6 1/2 several times but moved back to 7 points by Thursday.

History: The Cards have ruled this series, winning six of eight, including the last two. In fact, Scott Satterfield’s two U of L teams scored 107 points against Wake Forest in 2019 and 2020. It was less than a year ago that U of L put 453 yards on Wake Forest and won, 45-21.

The Challenge: Wake feasts on turnovers. The Demon Deacons forced four fumbles and seven interceptions in their first four games, a total that ranks fifth in the nation. The Cards have cleaned up many of their turnover issues but it needs to stay that way.

Path To Victory: Control Wake Forest quarterback Sam Hartman. He’s thrown for nearly 1,000 yards and nine touchdowns in four games. Against U of L last season, Hartman was 17-for-41 with an interception and an ineffective 5.5 yards per attempt. Just a guy.

Line Movement: The line opened at 8. It’s been as high as 8 1/2, but settled back at 8 Thursday morning.

History: Florida won 31 straight against the Wildcats. UK won 27-16 three years ago. Now, the Gators are trying to win their third in a row over Mark Stoops.

The Challenge: Steve Spurrier probably isn’t crazy about it but the Gators lead the SEC in rushing at 322.5 yards per game. They ran for 244 yards and four touchdowns against Alabama. That’s the most rushing yards an opponent has put on Nick Saban since Ole Miss, third game of the 2020 season.

If they have, this would be a perfect time to prove it. Florida ranks 13th in the SEC in passing defense. The Gators allowed 517 yards as well as 5 touchdowns without an interception in their two SEC games against Bama and Tennessee.

Line Movement: The Nittany Lions opened as 10-point favorites. The line moved to 10 1/2 in less than a half hour and climbed as high as 13 before dropping back to 12 1/2 Thursday morning.

History: The Hoosiers and Nittany Lions have played 24 times. IU has won twice. The Hoosiers have never celebrated in State College, Pennsylvania.

The Challenge: Penn State believes it's on track to replace Ohio State as the Big Ten team most likely to make the playoffs. The Nittany Lions have limited four opponents to 15 points per game.

And they still believe that Michael Penix’s was out of bounds with the ball before he dove into the left pylon with the game-winning 2-point conversion last season.

Path To Victory: Indiana beat Penn State last season while averaging less than two yards per rushing attempt with Penix completing only 19-of-36 passes for one touchdown. The difference? IU forced three turnovers including two interceptions. Scoring for IU will likely be challenging in Happy Valley. The defense needs to win the turnover and field position battle.

10-Cent Storyline: Can WKU build on the good vibes from its performance against Indiana?

Line Movement: The unbeaten Spartans opened as 8-point favorites but the number jumped to 10 within five hours. It climbed to 11 on Monday afternoon.

History: Welcome to the first game between the Hilltoppers and Spartans. Western has split a pair of games against the Michigan State men’s basketball program.

The Challenge: Kenneth Walker III was the No. 9 rusher in the Atlantic Coast Conference last season as well as the No. 2 rusher for Wake Forest. Michigan State had bigger plans for Walker so he transferred. Now, Walker leads the nation, averaging 138.5 yards, highlighted by a 264-yard, four touchdown romp against Northwestern. Can’t let Walker run wild.

Path To Victory: Michigan State is 4-0 but the Spartans rank next-to-last in the Big Ten in passing defense. Northwestern, Miami (FL) and Nebraska all threw for at least 248 yards against the Spartans, while completing better than 63% of their passes. That trio doesn't have the passing game WKU has with Bailey Zappe. Plus, the Spartans needed overtime to beat Nebraska in East Lansing.