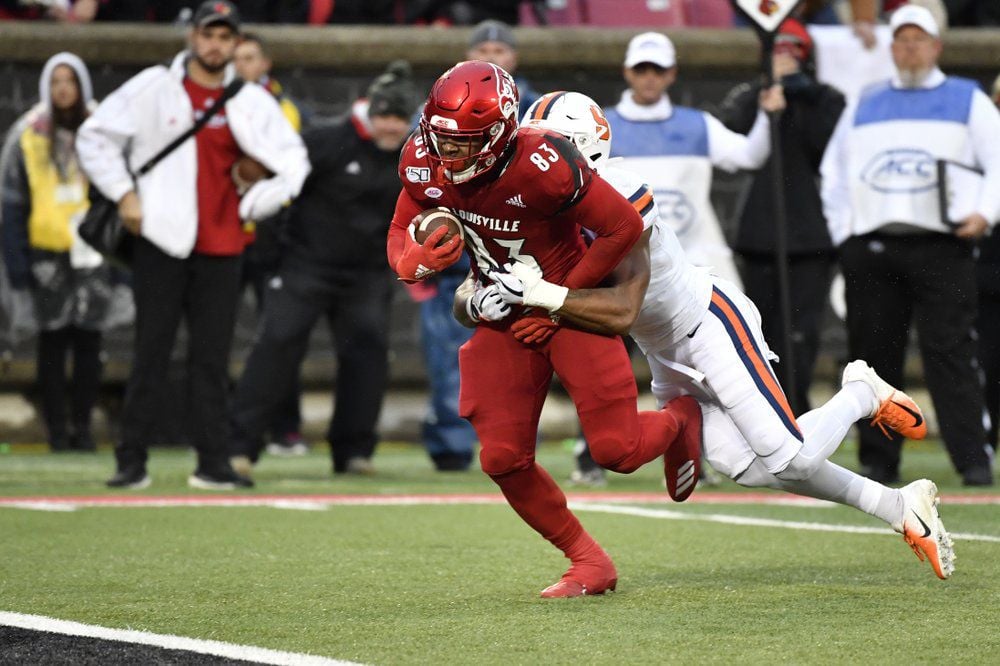 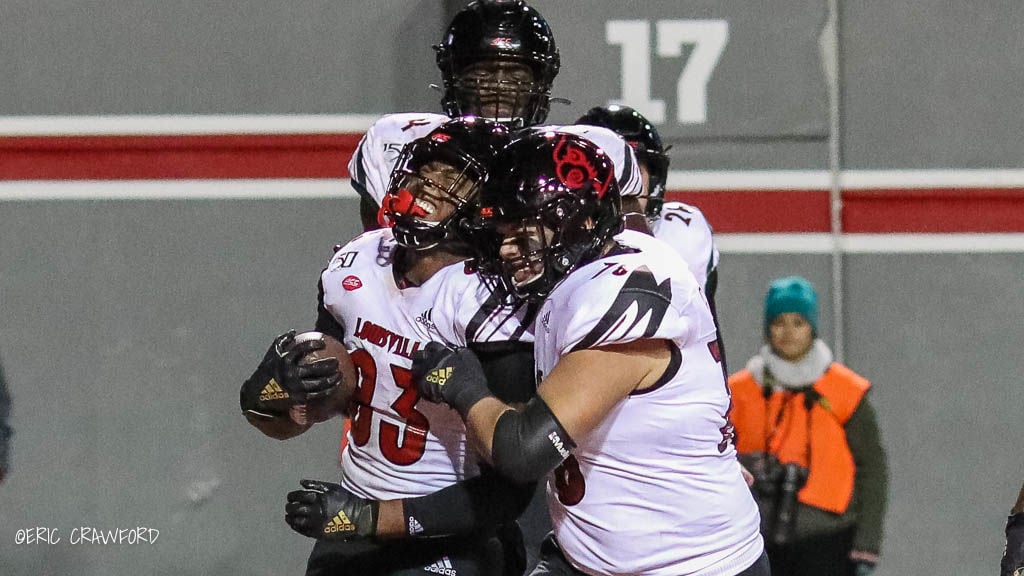 LOUISVILLE, Ky. (WDRB) -- Change vibrates around every college football program. One of the biggest changes vibrating around the University of Louisville is the structure of the offensive coaching staff.

Gone is Dwayne Ledford. After two seasons of coaching the offensive line and coordinating the Cardinals offense, Ledford departed for the Atlanta Falcons.

His successor is Scott Satterfield, who will refocus his creative skills as head coach. Satterfield hired four new assistants but did not designate an offensive coordinator.

During an interview on the ACC Network Thursday morning at the 2021 ACC Football Kickoff in Charlotte, North Carolina, Louisville tight end Marshon Ford was asked how that would affect the Cardinals, who finished ninth in scoring offense and fifth in total offense in the ACC last season.

"(Satterfield) knows what's best," Ford said. "He knows his personnel. He's a great coach, a great guy. I think he called the plays at App State. We're looking forward to it."

Louisville's offense tilted toward the running game the last two years. Last season, 57 percent of the Cards' snaps were running plays. In 2019, the percentage of running plays was higher -- 65.4 percent.

Satterfield, who has called plays for more than two decades, starting early during his time at Appalachian State, said the process will be similar to the last two seasons.

"Yeah, we got a new offensive line coach, a new running backs coach came in," Satterfield said. "But we're running our same offense. We going to be doing the same thing.

"The way we do things is a collaborative effort within our coaching staff, trying to get the ball in the hands of the best players is the bottom line.

"We sit down as a staff and go over the game plan. Everybody's on board with everything that we're doing. I'll be calling the plays on Saturday, but utilizing a lot of help from our coaching staff.

"We'll be a similar offense as we've been in the past. We're going to run the football, do a lot of play action, be able to utilize the running ability of (Malik) Cunningham at the quarterback position. Dynamic player."

Ford, a product of Ballard High School, said that he is 100 percent after recovering from a shoulder injury that forced him to miss one game last season.

Ford was second on the team with six touchdown catches among his 25 receptions. The six TD catches ranked second in the ACC for tight ends. Ford was asked how he can improve on that.

"I'm always learning … I've gotten stronger in the weight room. I had an injury last year that I played through. But I'm 100 percent now. Shoutout to my trainer."

One question that every Louisville offensive player will be asked through the season opener against Ole Miss in Atlanta Sept. 6 will be turnovers. The Cards made 24 last season -- 12 interceptions and 12 fumbles.

The team ranked No. 118 in the nation in turnover margin. That helped explain Louisville's 4-7 record. Only Duke, which finished 2-9, had a worse turnover margin in the ACC.

How does that get fixed?

"Being able to just be in the film room," Ford said. "You can't really fix the turnovers. But you can learn from your mistakes.

"And that's what we can do in the film room, together. He (Cunningham) sees something, I see something, we call it out, we make sure we don't make that mistake again, so we can win those games and close out the games we need to close out."

The film room comment seemed to be a talking point for the Cardinals. Cunningham made a similar comment -- twice -- when he was asked about what Louisville needed to do to fix its turnover issues.

"Turnovers are not something you can work on," Cunningham said. "I spend a lot of time in the film room, building the confidence in my receivers, those guys to make plays for me this year. So that's what we are going to do."