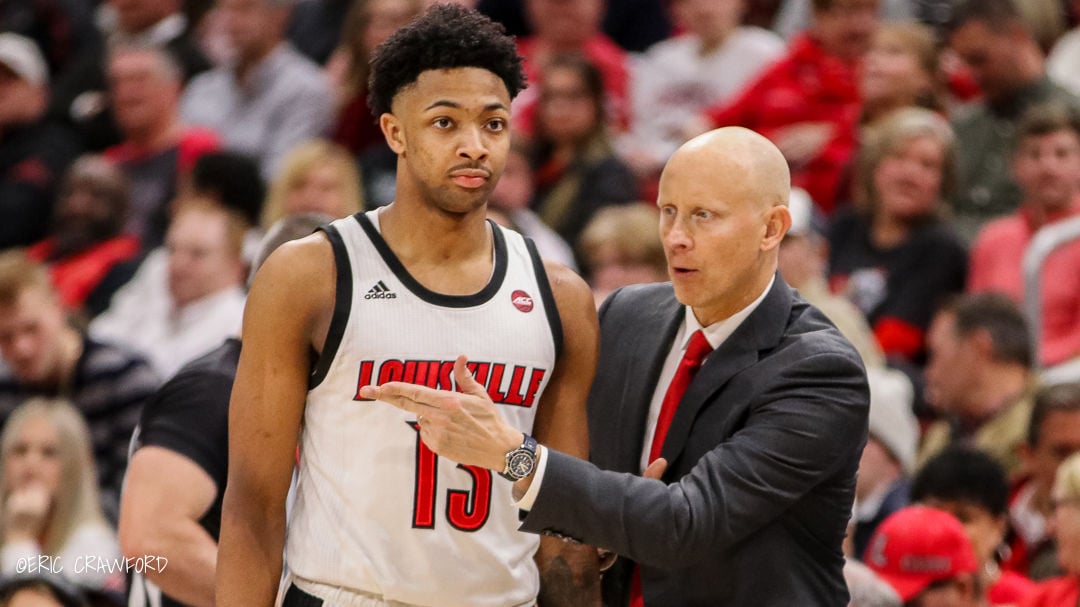 David Johnson (left) and Chris Mack should have Louisville back in the national discussion next season. WDRB Photo/Eric Crawford 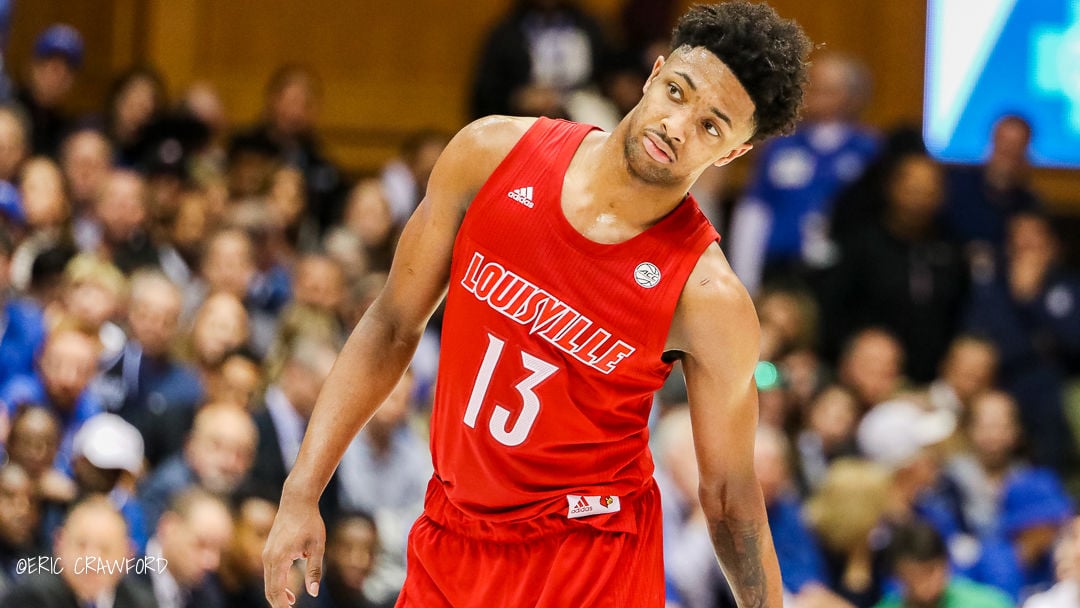 David Johnson (left) and Chris Mack should have Louisville back in the national discussion next season. WDRB Photo/Eric Crawford

LOUISVILLE, Ky. (WDRB) -- If you listened to Michael Jordan during the seventh and eighth episodes of “The Last Dance,” documentary Sunday night, you know one primary lesson he learned from his parents:

Turn every negative into a positive.

Good luck convincing college basketball fans about the positives created by the cancellation of the 2020 NCAA men’s basketball tournament because of the novel coronavirus.

But they’re there. You just have to ask.

They’re there for University of Louisville basketball fans. On Tuesday, freshman guard David Johnson said that if the problems created by the pandemic were not an issue, he likely would have at least asked the NBA for feedback on his status for the 2020 NBA Draft.

Before Johnson opted to decline the opportunity to simply get feedback, his name consistently was included in mock drafts, usually in the second round.

Johnson said that one benefit from this two-month stretch without playing up-and-down, full-court games has been improved health. And he said the down time has provided plenty of opportunities to watch video and determine the areas where he needs to improve.

Here are the highlights from Johnson’s media session Tuesday:

How seriously did you consider at least feeling out the NBA Draft process?

JOHNSON: “I thought about it, but I was unsure of the whole situation because of what was going on, and I wasn't educated on all that.

“So I decided ... I didn't want to put my name out there without any knowledge of what's going on.”

Would your NBA decision have been different without the coronavirus? Would you at least have gotten feedback?

Were you surprised that Jay Scrubb went pro? (Scrubb was Johnson’s teammate at Trinity High School. After two seasons of junior college basketball, Scrubb made himself eligible for the NBA and will bypass a career at U of L.)

JOHNSON: “I knew that he was going to make the best decision for him. I didn’t want to bug him about it.

“But I did talk to him about it. He said whatever the best decision was for him is what he was going to make. You can’t do anything but respect his decision.”

Looking back on your freshman year, how do you think the year went and what do you need to work on during this off season?

JOHNSON: “I think it was a pretty up-and-down year. I started off kind of doing OK, and then I went into a little slump, and then I had a few good games.

“I feel like I was up and down the majority of the season just because I was trying to adjust to everything as I went on, which is pretty tough to do.

“I've watched some film from the past season, and I've talked to the coaches, and they told me what I need to improve on. I feel like that's getting in better shape, getting my body stronger, improving my shooting, being more vocal, becoming more of vocal leader on the floor now that I'm with all my classmates and I'm a little bit more experienced.”

When you think about next year and your conversations with coach Mack are you expecting a different role? What do you envision as your role?

JOHNSON: “I think my role for next year is I have to be a lot better than I was this year. But in more control. Being more of Coach (Chris) Mack while Coach Mack is not there.

Are you currently in Louisville and what are your workouts like?

JOHNSON: “Yes, I am at home in Louisville. I have access to a gym I can get into, and I pretty much go over there whenever I can.”

What are you able to do in the gym?

JOHNSON: “I can lift there, I can shoot, whatever I need to do to stay on top of my game.”

What are your thoughts on next season’s Louisville team?

JOHNSON: "I think we’re going to be really fun to watch. We have really good chemistry off the court.

“I think that’s where it starts. Once we get together and we’re doing all the things that coach has us doing together on the court, that will be a lot easier to kind of learn each other from that point on. I think it’s going to be really fun, honestly.”

The NCAA sent a notice of allegations to U of L last week. Are you worried about the NCAA investigation?

Has there been any plus to not playing games, maybe allowing guys to get healthier than they have been in a long time?

JOHNSON: “Yeah, I agree with that. I think there are people who needed this time, and it's also going to show when we come back how much we did on our own, because we won't have as much time we usually work because of everything that's going on.”

Any final lessons from this experience?

JOHNSON: “Don’t take anything for granted.”