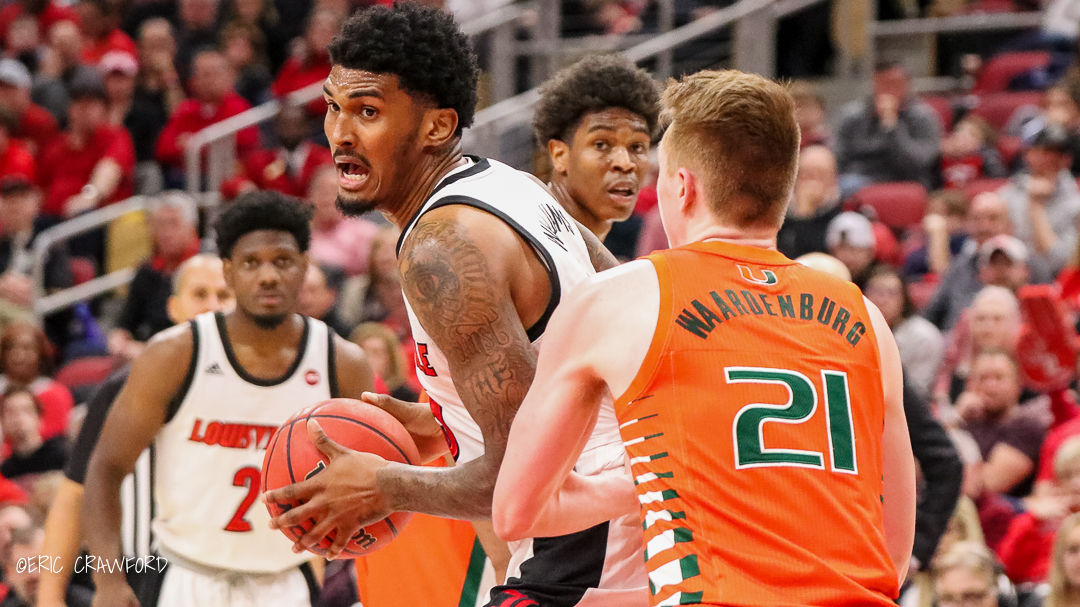 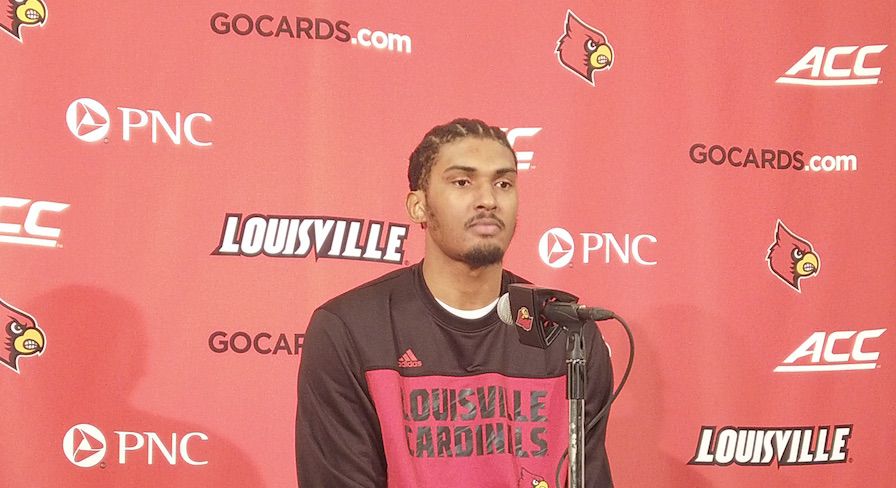 Louisville forward Malik Williams said the improvement of the Cards' freshmen has given the Cardinals more depth and confidence. WDRB Photo/Rick Bozich

Louisville forward Malik Williams said the improvement of the Cards' freshmen has given the Cardinals more depth and confidence. WDRB Photo/Rick Bozich

Five teams have won three ACC road games. Odds are you will not be able to name one of the five.

Yes, Duke, Florida State (with a win at U of L) and Syracuse are on the list. Virginia Tech is another surprising group of road warriors.

But don't overlook Georgia Tech, the team that will visit the Cardinals Wednesday at 7 p.m. in the KFC Yum! Center.

Malik Williams, Louisville's talented junior forward, did not know much about the Yellow Jackets' personnel. But Williams did know that Josh Pastner's team has been formidable away from Atlanta.

Williams also understands that a burp against Georgia Tech Wednesday would wash away the edge Louisville gained by winning consecutive road games against Notre Dame, Pittsburgh and Duke.

Better not to tell Williams that Louisville is favored by 14 (KenPom.com) and 15 (barttorvik.com) on two of the most popular college basketball analytics web sites.

They were also beaten by 34 by Syracuse, 18 by Ball State and 14 by Kentucky.

This should be a game when the Cardinals continue to show the improvements they have made during the four-game winning streak that has followed their back-to-back losses to Kentucky and Florida State.

"I'm not really sure what the outside world is thinking (about Louisville)," Williams said. "But I believe that we made believers in ourselves, just coming off the three-game road trip we came off."

And what do the Cardinals believe?

Adversity can be a wonderful teacher. Louisville coach Chris Mack said that he believes his players have grasped the lessons of why they were beaten by Kentucky and FSU.

"Our experiences at Kentucky and Florida State have hardened our team," Mack said. "It's given us a little bit more …"

Mack paused for nearly five seconds while searching for the correct word.

Resoluteness is a good word for March. As Mack also said, playing with the same level of urgency against Duke and Georgia Tech is also a necessary habit to build as the season progresses.

"The elite teams can do it all the time," Mack said.

If you're making a list of the reasons the Cards have improved to 15-3, Williams has one item that must be on the list: the improved play of freshman guard David Johnson as well as the growing confidence of Samuell Williamson, another first-year player.

Johnson scored 35 of the 67 points he has contributed this season in the last three road games. His breakout moment was his 19-point, seven-assist and four-rebound effort against Duke Saturday.

Williamson did not score big in that stretch, just eight points in the three games. But Mack trusted him with 42 minutes because Williamson will rebound and defend.

"The freshmen growing does a lot for us," Williams said. "It gives us depth."

"(Williamson) is a gym rat," Mack said. "I don't know if there is anybody in the gym more than Sam.

"And we felt all along that David would be an impact player for us. Our coaching staff has a lot of confidence in David."

Louisville is 6-1 in the league, the same ACC record as Florida State. The Cardinals will play the return game against the Seminoles in Tallahassee on Feb. 24.

"It's just about us coming out and being us every night," Williams said. "Right now we're in good shape. We've got to keep fighting until the end."

Hoosier native in quarantine after testing positive for coronavirus