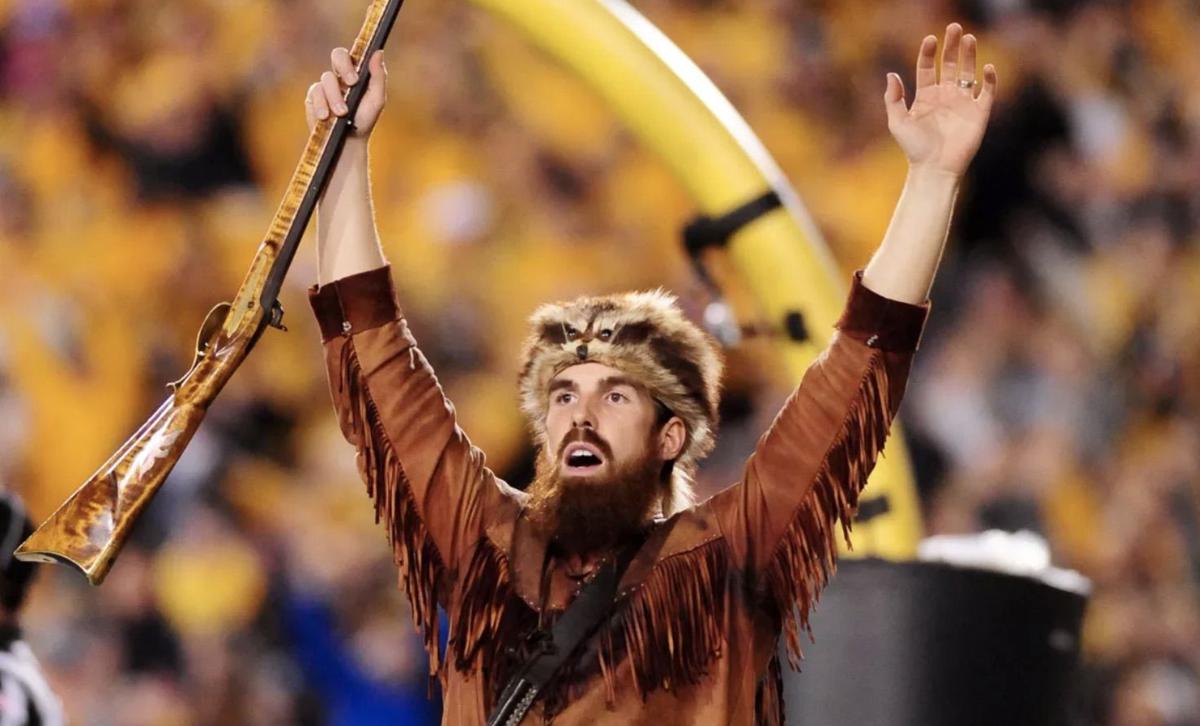 West Virginia did not make Darren Rovell's list of the most annoying fans in college football, but Rick Bozich disagrees. 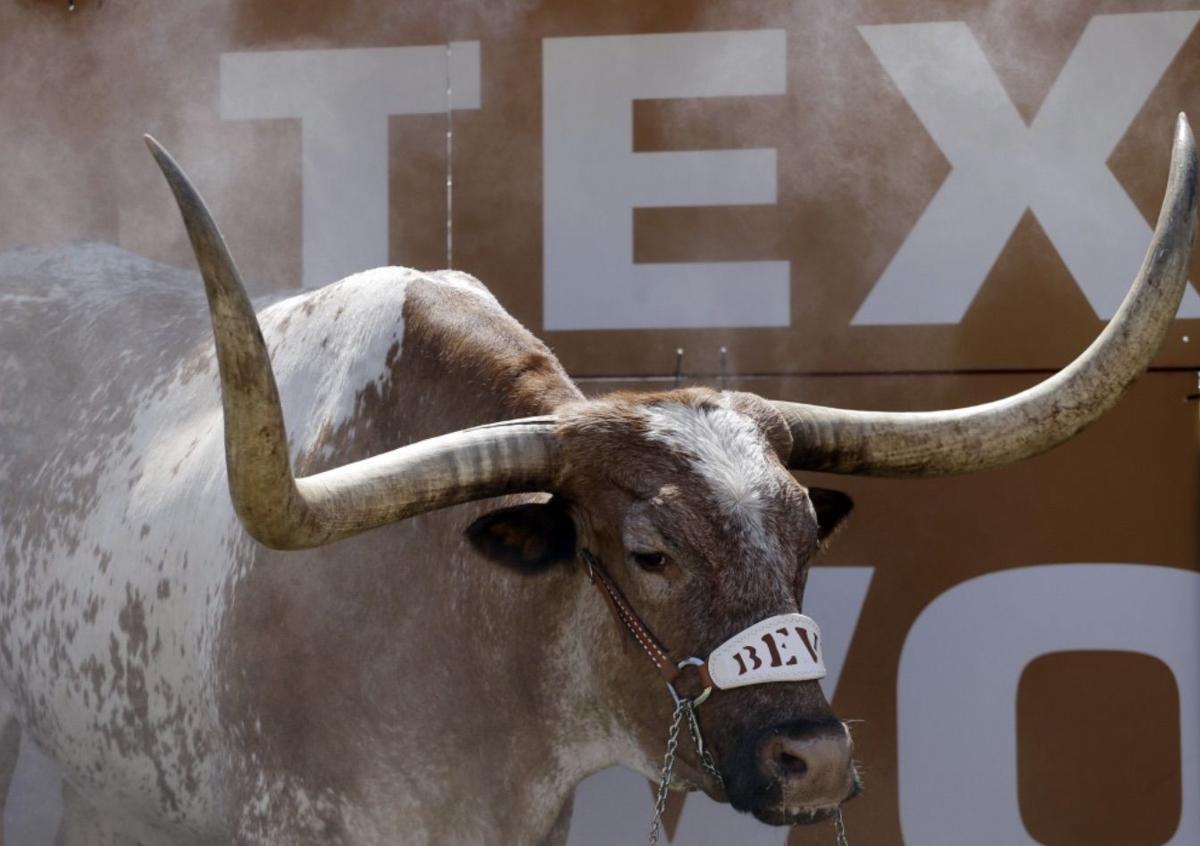 West Virginia did not make Darren Rovell's list of the most annoying fans in college football, but Rick Bozich disagrees.

LOUISVILLE, Ky. (WDRB) -- This won't grow my popularity numbers, but if it works for Darren Rovell it can work for me.

I'm asking you to answer this question:

What are the most annoying fan bases in college football?

The ones that make you reach for an extra pair of noise-cancelling headphones.

The ones with fans that blab, blab, blab about the championship they're about to win.

The ones that make you think twice -- or maybe three times -- before visiting their stadiums.

Rovell narrowed his list of finalists to four -- Alabama, Notre Dame, Ohio State and Tennessee -- and asked you to vote in his Twitter poll. (The Buckeyes are the team to beat in current voting.)

Who is the most annoying college fan base? The top four were voted in the you #Ranked

Notre Dame does not make my list. The first two college football games I attended were at Notre Dame -- a win over Michigan State followed by a win over Georgia Tech the following season. One of my Top 5 venues to enjoy a game.

Been to Alabama. Found their fans more accommodating than annoying. Somebody said Clemson shook some of the swagger out of them last January.

But the other two …

Send it to me at rbozich@wdrb.com. I'll share the results in the next Monday Muse.

Until then, here is my top five:

5. USC -- The last time these folks were relevant Pete Carroll and Reggie Bush were driving the program (and probably driving other things) wide right of NCAA rules. But the folks at Troy keep acting like Marcus Allen and Ronnie Lott are still in town.

The Trojans lost control of the Pac-12 to Oregon, Washington and even Washington State, long, long ago.

But brace yourself for the tiresome season-long narrative that a string of former USC players are pushing for Urban Meyer to ride to the rescue and replace Clay Helton at the end of another desultory season.

4. Ohio State -- Yes, the Buckeyes are the only Big Ten team to win a national title in the last 22 years.

Yes, the Buckeyes have treated Michigan like the junior varsity.

But for all the recruiting pyrotechnics Ohio State delivered under the super shady regime of Meyer and Zach Smith, the Buckeyes always threw in a clunker -- like that 29-point loss to Purdue last season or the 31-point stumble against Iowa in 2017 or the come-from-ahead loss to Penn State in 2016 and then howled that they belonged on the same line as Clemson and Alabama.

3. Nebraska -- It's been a while since I heard from disgruntled Cornhuskers' fans because Nebraska has barely averaged six wins the last five seasons. No wonder they still talk about Tom Osborne.

Nebraska fans were proudly confident their program would roll into the Big Ten and give the league a national glow from the its Western footprint to supplement the muscle Ohio State, Michigan and Penn State supply in the East.

Nebraska is still talking (now about Scott Frost) and the Big Ten is still waiting.

This is the year the Cornhuskers will overtake Wisconsin, Iowa and, yes, Northwestern. Just ask them.

2. Texas -- Mack Brown won a national title for the Longhorns and then he wasn't good enough for Austin.

Charlie Strong did great things at Louisville and within three seasons (or was it three hours?) he wasn't good enough for Fred Akers University. A handful of Texas fans started sending me e-mails ripping Strong during the first month of his first season.

This is The School in The Football State with its own television network in a league that it should dominate against scrappers like Kansas and Texas Tech.

But this is The Year for Tom Herman and Texas. Maybe the Longhorn Network can arrange a game with Nebraska.

1. West Virginia -- I'll be shocked if even one of you puts Mountaineer Field at Milan Puskar Stadium and WVU fans atop his/her list -- unless it's somebody who was there for the lovely trips the University of Louisville made to Morgantown.

I duck and dive under cover every time the dude with the rifle (I believe they call him, 'The Mountaineer,') aims and fires.

The language and taunts that I heard directed toward the Cards' bench during games against Steve Kragthorpe or Bobby Petrino teams were as vile as anything I remember -- and I've covered games in more than 50 college football stadiums.

My take is WVU is a program that lost its head coach to a program in the American Athletic Conference.

West Virginia thought it put one over on college football by fleeing the Big East for the Big 12. Now the program flounders in a league miles from its nearest Big 12 competitor.

It's a nice program. It's just not as nice and wonderful and nationally relevant as WVU fans believe that it is.