Speculation has percolated that former Indiana coach Bob Knight will make his first appearance for a game at Assembly Hall in 20 years on Saturday.  AP Photo 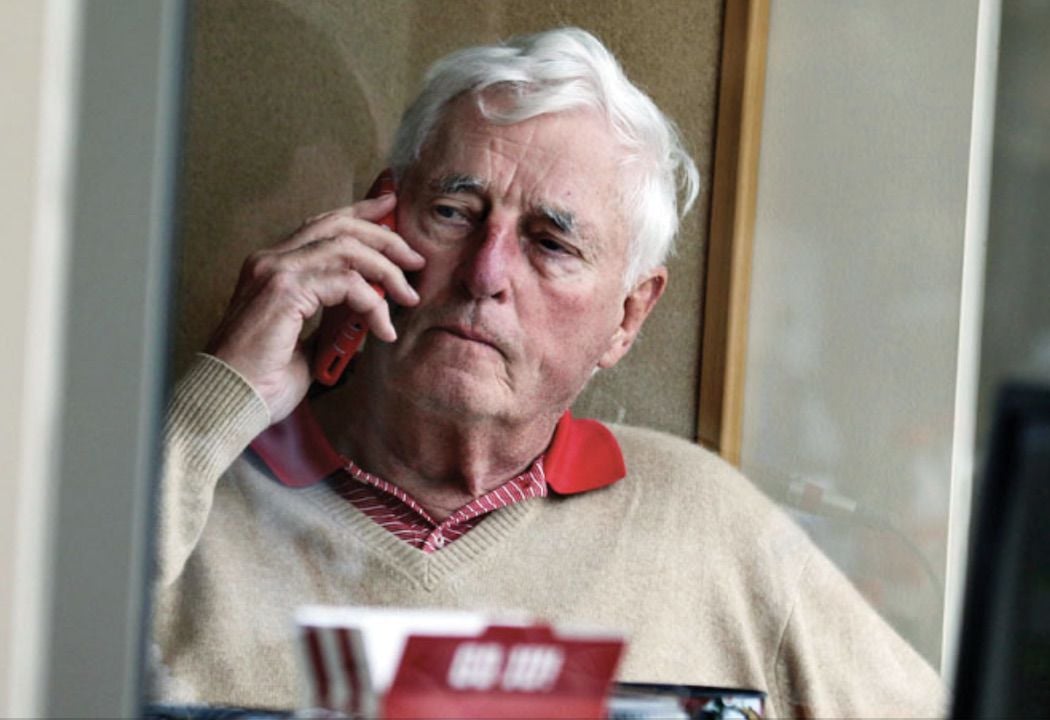 Speculation has percolated that former Indiana coach Bob Knight will make his first appearance for a game at Assembly Hall in 20 years on Saturday.  AP Photo

LOUISVILLE, Ky. (WDRB) -- Of course, Bob Knight will make his first public appearance in Assembly Hall in nearly 20 years Saturday when Purdue will play the Indiana Hoosiers at 2 p.m.

The story has been percolating for weeks. One of Knight's former players, who remains close with the coach, told me three weeks ago that he was confident Knight would appear at an IU game this season. Purdue would be a perfect Hoosier Hysteria moment.

This is a story that keeps popping up whenever the Hoosiers lose a few games -- and they've lost three in a row.

There is no joy talking about Indiana missing the NCAA Tournament for the fourth straight season so that makes it a good time to twist the story toward the reflected glory of the Hall of Fame coach who won three national titles before Indiana fired him in 2000.

So what is it going to be when the Boilermakers and Hoosiers play in a game that will have considerable NCAA Tournament implications for both teams?

I asked one of Knight's friends who will be in Bloomington Saturday but who insisted upon anonymity.

"I'm hoping and praying that he comes," the friend said. "But you never really know until the last minute."

The last minute is nearly here. What is it going to be?

Too close to call. Most of the signs point to Knight making the visit. But here are three reasons that Knight will or will not be at Indiana Saturday.

Knight moved back to Bloomington last year to reconnect with friends and former players. There have been numerous reports of the former coach signing autographs and posing for pictures with fans across central and southern Indiana.

He famously attended an Indiana baseball game with his best friend, Bob Hammel, the retired sports editor of the Bloomington Herald-Times, last spring. He also attended an event with former players and fans at The Bluebird in downtown Bloomington during football season.

A friend of the coach told me that Knight has quietly visited Assembly Hall as well Cook Hall for off-hour tours of the renovated basketball arena and practice facility.

The final step would be to attend a game. Only five home games remain this season. On Saturday IU will honor its 1980 team, which featured Mike Woodson, Landon Turner, Ray Tolbert, Randy Wittman and Isiah Thomas, several of his favorite players.

Said one of Knight's former IU players, "I think he'll come to a game -- and if he does, it will be this season."

The last time Knight was rumored on his way to a game at IU, the Hoosiers played Ohio State, a game played on a reunion weekend for former players.

Knight did not come. But he did attend a game that day at Marian University Indianapolis, where Steve Downing, a former Knight player and assistant coach, works.

Earlier this week, Knight, his son, Patrick, and Hammel were in Terre Haute for an Indiana State practice.

Thank you to Coach Knight and Pat Knight for coming to watch practice today.#MarchOn pic.twitter.com/l3rmxrghLd

Saturday seems to be a perfect day for a trip to Indiana.

3. Gene Keady is His Friend

Keady coached at Purdue during much of Knight's reign at Indiana. Unlike several other Big Ten coaches, Knight respected Keady because of Purdue's blue-collar style of play and because Keady was not an NCAA rules-breaker.

This entire weekend is being promoted as a celebration of basketball in the state of Indiana. The Indiana Pacers have promoted Hickory (High) Night Saturday when the Pacers play Zion Williamson and New Orleans. Keady and Knight are scheduled to be honored at the game.

Keady said he also plans to attend the Purdue-IU game in Bloomington. Knight sitting with him is a natural.

But … not everybody is convinced this is a slam dunk.

Here are Three Reasons Knight Will NOT Attend

Knight's dismissal by IU in September 2000 was as rancorous as any dismissal of a Hall of Fame coach. Remember the days when fans showed up at IU games wearing Texas Tech gear after their favorite coach accepted the job in Lubbock.

Knight has repeatedly said that he had no interest in returning to IU. None.

In fact, he has said that given the opportunity to replay the situation, he would have left IU and its administration several years before his dismissal.

Although nearly all the the administrators from 2000 are no longer at Indiana (and several are deceased), an appearance at an IU game would be a dramatic shift from his long-time stance.

2. His Family Doesn't Want a Spectacle

On the day of the Ohio State game, one Knight friend told me people close to the coach did not want his return to become a spectacle -- demands for autographs and pictures, cameras in his face all afternoon, media members yelling questions at him.

My sources have told me that if Knight attends the game, he will not speak to the crowd but he will be shown on the video board and television broadcast so fans can deliver the farewell they were denied after Knight's firing.

But even in a controlled environment, Knight's appearance will be a spectacle as well as a national story.

Two Knight friends have told me this is the primary wildcard. Knight turned 79 in October. Some days his energy is terrific. Some days it isn't. Father Time has a role.

"He just might decide that it's not a good day," one Knight friend said.