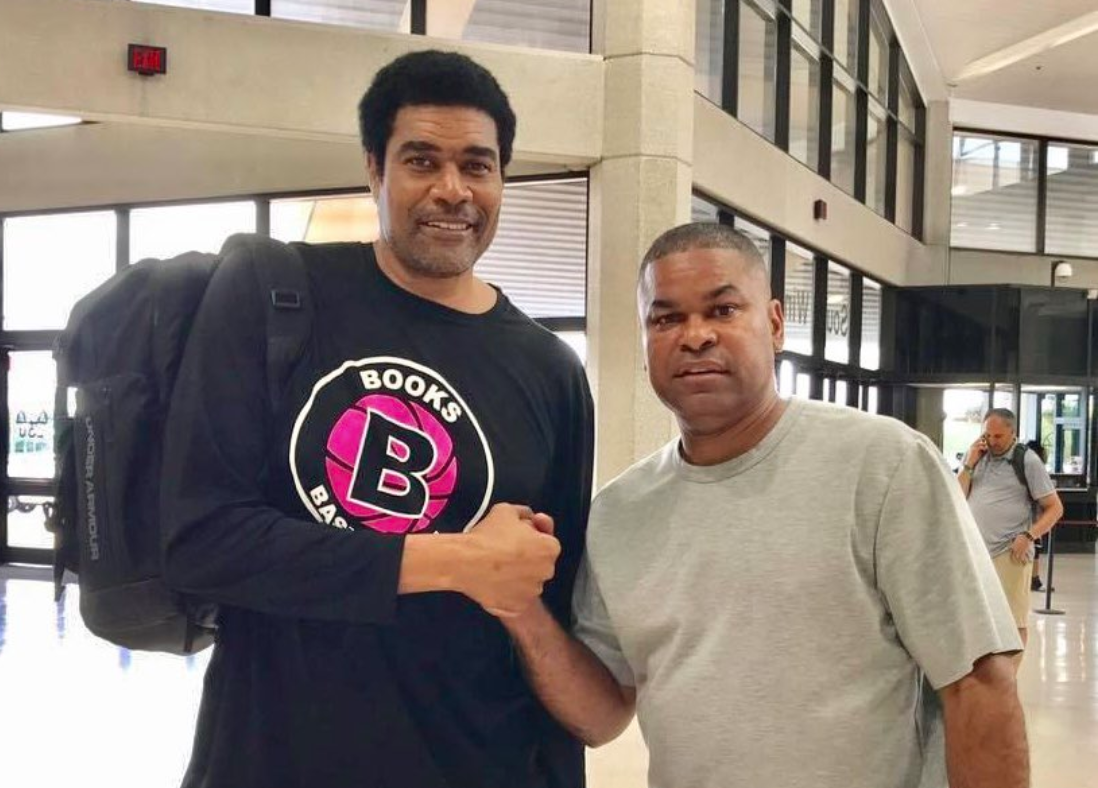 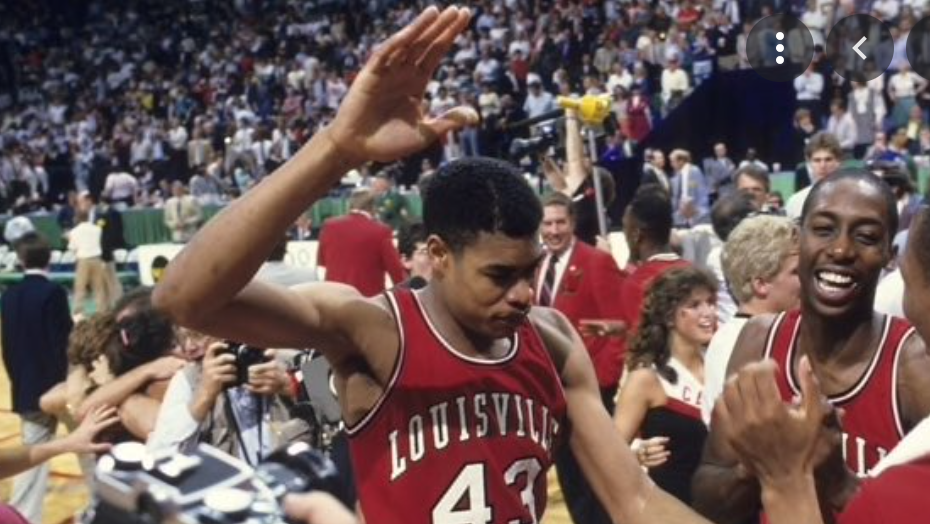 Pervis Ellison is one of four former University of Louisville men's basketball players to have his number retired.

Pervis Ellison is one of four former University of Louisville men's basketball players to have his number retired.

LOUISVILLE, Ky. (WDRB) — When Hubert Davis replaced Roy Williams as the North Carolina basketball coach, one of the earliest calls he made was to Pervis Ellison.

After leading the University of Louisville to the 1986 NCAA title and being selected the No. 1 overall pick in the 1989 NBA Draft, Ellison has established himself in a new basketball career. He is director of the New Jersey Scholars, one of Nike’s premier AAU programs on the East Coast.

“Hubert wanted to connect and tell me he’d be recruiting our players,” Ellison said. “I told him I looked forward to working with him.”

Kentucky assistant Orlando Antigua made a similar call after he arrived in Lexington from Illinois. So did Nolan Smith, an assistant at Duke. Ditto for Mike Woodson, Indiana’s first-year coach.

Ellison said that I could add coaches from Syracuse, Villanova, Kansas, Michigan, UCLA, Notre Dame and others to the list of schools that have called him. Even though he has only been out of the hospital for four days after a scary bout with the novel coronavirus, Ellison was gearing up for AAU Tournament season  Thursday morning.

Why have so many coaches called?

“Because I’ve got two of the top five top (2023) players in the country,” Ellison said. “I’ve got another kid in the top 20 and two others that should be in the top 50 by the end of the summer.”

Here is one school that Ellison told me had not called him:

“They haven’t called me about any of my guys,” Ellison said.

The list of his guys begins with point guard D.J. Wagner, the consensus top prospect in the Class of 2023 as well as the grandson of U of L Hall of Famer Milt Wagner, Ellison's teammate on the 1986 champs. On Thursday Milt Wagner said that Kentucky, Duke, UNC, Gonzaga, Memphis, Villanova, Auburn have called to speak to D.J.

Mackenzie Mgbako, a forward ranked No. 4 by rivals.com and Aaron Bradshaw, a 7-footer considered the No. 20 player in that class by Rivals, are Ellison's next two best players. On Thursday New Jersey Scholars competed in Atlantic City, N.J. U of L assistant coach Mike Pegues attended the event.

But Ellison said he has yet to take a phone call from the Cards' staff. And, he thought that was … well, a lot of things.

Strange is one word. Interesting is another. I asked Ellison if the lack of a phone call hurt this feelings.

“I don’t think about it like that,” he said. “Because I don’t have a relationship there. If there was a relationship, then I know there wouldn’t even be this situation.

“You know something is wrong. With the Butch Beard situation, you know there is stuff going on (at Louisville). There’s always been, since the (Rick) Pitino days, a disconnect with former players.

“That’s never been addressed. Because it was never addressed, it’s kind of just out there.”

Although Ellison is one of four U of L basketball players to have his number (42) retired, his relationship with the school has been complicated for years.

He left school in 1989 about six classes shy of his bachelor’s degree. After playing in the NBA for 11 seasons, he re-connected with the university and enrolled for a pair of on-line classes as part of a program U of L established for former athletes. His U of L teammate Kenny Payne earned his degree through that program.

But Ellison said several administrative errors as well as miscommunication convinced him to withdraw before he completed any classes.

Like Beard, who attended U of L from 1965-to-1969, Ellison said many former players feel estranged or unappreciated by the basketball program as well as the university. In January, Beard asked to be disassociated from the program and to have his name removed from the U of L record book. That resulted in multiple telephone conversations between Beard and U of L president Dr. Neeli Bendapudi.

“There’s never been a real conversation (about the issues),” Ellison said. “The first conversation that ever happened was Butch Beard talking to the president.

It’s been a challenging stretch for Ellison. Last weekend, he spent two days in the hospital after he tested positive for the Delta variant of the novel coronavirus, even though he had taken both doses of the Pfizer vaccine six weeks earlier.

“I started feeling bad one day in the gym,” he said. “I didn’t have any energy. Stayed home the next day and felt worse.

“The next day I couldn’t even brush my teeth. I couldn’t do anything and I mean anything. I coughed up some blood and knew this was serious.

“I didn’t have a temperature. The biggest problem I had was that it shut my body down. My body just shut down. I could not move. My body was just done.”

Ellison said he was taken to the hospital by ambulance and treated with multiple medications. On Thursday, he was home, still coughing. He said he was “back to about 80 percent.”

The New Jersey Scholars began play at an AAU event Thursday in Atlantic City, N.J. It was the first day of a live period that college coaches can attend and evaluate players.

Ellison said he would not rejoin his teams until July 20 when they compete at the Peach Jam, the premier AAU event of the summer in North Augusta, South Carolina.

His program will compete in the 15- 16- and 17-and-under events. Ellison said he expected two of those squads to reach the final rounds of the Peach Jam.

The recruiting world can be bizarre. It is worth a second mention that the NJ Scholars are a Nike program while Louisville’s deal is with Adidas. But the staff at Louisville will certainly be at the Peach Jam — as will every Power 5 program.

“We are the team on the East Coast,” Ellison said. “Next year we’re going to have two kids who are going to be in the Top 5. Do we (Louisville) not have a major budget? They should be recruiting our kids."