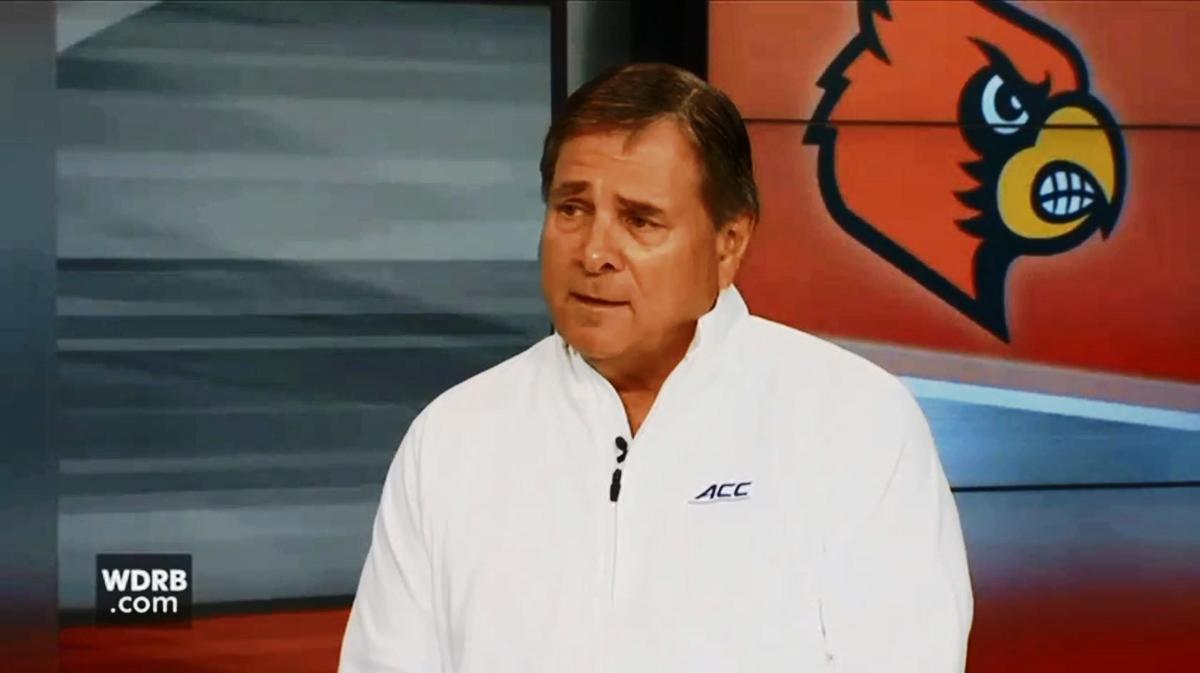 USC needs an athletic director. Would they consider former U of L AD Tom Jurich? 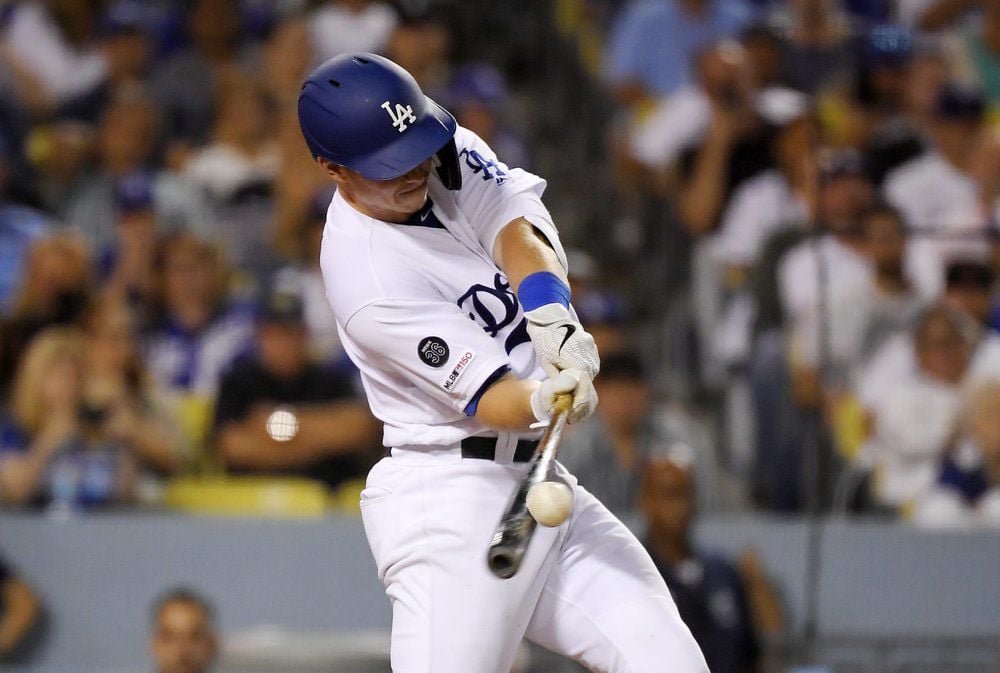 USC needs an athletic director. Would they consider former U of L AD Tom Jurich?

LOUISVILLE, Ky. (WDRB) — The Monday Muse was thrown for a loss. Blame the Top 5/Bottom 5.

The start of the college football season shifted my schedule. There is so much to write about, talk about and fuss about after an entire weekend of games that I created the Top 5/Bottom 5 — and it quickly became one of the top stories on WDRB.com.

Toss in the weekly Monday press conferences at Louisville, Kentucky, Indiana and Western Kentucky. That created plenty of material to write on Mondays.

The Monday Muse volunteered to be a team player and move back one day. For the rest of the college football season (and maybe longer), the Tuesday Muse will step up to take its place.

Southern California athletics is A) a mess; B) a joke; C) an embarrassment) or D) all of the above. There has been an admissions scandal. There has been terrible football. There has been less than USC caliber baseball success. The women’s basketball program is just OK. There’s work to do at Troy.

There has been a clown show in the athletic director chair, where the primary qualification for the job has appeared to be owning a USC football helmet. The job has been filled by former players Mike Garrett, Pat Haden and Lynn Swann, who was bounced on Monday.

USC wants to return to its role as being the West Coast version of Ohio State, Alabama, Clemson, Oklahoma or Notre Dame.

The Trojans need an athletic director who believes in dominance in every sport. They used to be somebody in baseball and women’s basketball as well as football.

The way that Tom Jurich used to believe in dominance in every sport at the University of Louisville before he was removed two years ago.

Jurich is a Southern California guy. That is where he grew up, near Pasadena, which is actually UCLA territory but close enough.

I wondered if there was any talk of a Jurich/USC hookup. A few years ago, Jurich would have been a first wave candidate. Now, after the U of L basketball scandals and the expensive Bobby Petrino fiasco, his name does not jump to the front of the line.

I called two of his friends. One said he had no word of that. The other has not returned my call.

But Jurich was not mentioned in stories about the USC situation in the Orange County Register or the Los Angeles Times. Maybe his chances are clouded by the way things ended at U of L. (Orange Country Register story on Six leading candidates.)

LA Times columnist Bill Plaschke is a Ballard High School grad, who followed the Jurich Era at U of L from afar. Here is his take on the USC situation.

2. Cards vs Wildcats in Final Four

Another day, another magazine predicting an NCAA Final Four for Louisville and Kentucky.

Last week it was Lindy’s Sports. Today, it is Athlon Sports.

Lindy’s ranked Louisville No. 2 and Kentucky No. 3.

Athlon has it Wildcats No. 3 and Cardinals No. 4 — behind top-ranked Michigan State and No. 2 Duke. I’ll report back to the magazine rack in the next two days for the forecast by Street & Smith’s. But odds are the Kentucky and Louisville will be ranked in the Top Five in both the AP and USA Today coaches’ preseason polls.

3. Cards Not The Pick in ACC

Louisville forward Jordan Nwora is its pick as ACC Player of the Year, with Dwayne Sutton earning recognition as the league’s most underrated guy. Nwora was the only Louisville player ranked among the top 15 guys in the ACC with Chris Mack’s recruiting class ranked third, behind Duke and North Carolina.

4. Wildcats Are the Pick in SEC

Kentucky does get the call to win the Southeastern Conference from Athlon. Make it UK over Florida (5), LSU (19), Auburn, Alabama, Tennessee, Ole Miss and Mississippi State, with all eight of those teams making the NCAA Tournament.

Lindy’s picked Indiana 10th in the Big Ten. Athlon is more bullish on the Hoosiers, but not much. Archie Miller’s team is forecast to finish 9th, ahead of Penn State, Rutgers, Minnesota, Northwestern and Nebraska.

No Indiana players were selected among the top 15 in the Big Ten, but Trayce Jackson-Davis was picked as the league’s Newcomer of the Year. Miller’s second recruiting class ranked second in the Big Ten.

Like Lindy’s, Athlon likes Western Kentucky. The Hilltoppers are the pick to win Conference USA with Charles Bassey selected to the CUSA pre-season first team. WKU guard Taveion Hollingsworth was named a second-teamer.

7. Will Smith still the Dodgers’ Guy

Including former KCD and University of Louisville catcher Will Smith.

After drilling 12 home runs with a .318 batting average in his first 102 major-league plate appearances, Smith just endured a 7 for 40 slump as the Dodgers’ primary catcher.

Smith delivered two singles against the Giants to end his funk Saturday. According to this story in the Los Angeles Times, Dodgers’ manager Dave Roberts said Smith will continue as the team’s primary catcher as the Dodgers prepare for their post-season run with a series in Baltimore Tuesday night.

John Farrell won the 2013 World Series with the Red Sox and was fired as the team’s manager in 2017 after winning a division title.

Dave Dombrowski’s firing shows a changing philosophy that wants not just winning now, but a stable plan for the future. @ForbesSports https://t.co/llTJq2Ch7P

Dave Dombrowski won a pair of World Series rings as the Red Sox general manager and got the ziggy Sunday night after Boston lost to the Yankees. The Red Sox are not going to the playoffs, but they’ve still built the seventh-best record in the American League despite a string of injuries.

Dombrowski spent big on pitchers like Chris Sale, David Price and Nathan Eovaldi and the bloated payroll has created challenges to fix what ails a franchise with fans who likely won’t tolerate a team that cannot compete with the Yankees.

But Boston is not the only spot where legends have to worry every time the telephone rings.

The next guy expected to get a phone call?

Baseball insiders point at Joe Maddon, the only Cubs’ manager to win a World Series in the last century, especially if the Wrigley fail to hold off Arizona, Philadelphia or Milwaukee for the final National League wildcard spot.

They play to win the game.

3. Atlanta Braves — Does anybody else wish WTBS carried Braves’ games and not Family Guy?

5. St. Louis Cardinals — I don’t remember the wise guys picking against the Cubs in the NL Central last March but the best baseball fans in America have been rewarded this season.

Your diet isn’t only what you eat. it’s what you watch🎯, follow🎯, listen to🎯, what you read🎯 and the people you choose to spend time with🎯🎯. Be mindful of the things you put into body✅ emotionally🎯, spiritually🙏🏽 and physically🤷🏾‍♂️. 💯 🙌🏾🙌🏾