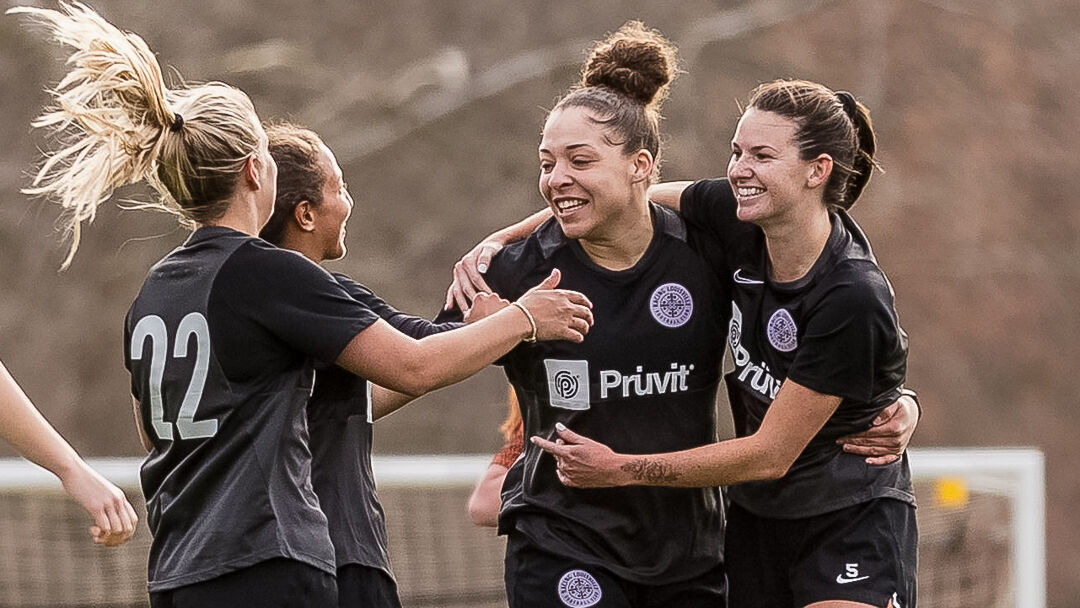 Racing Louisville FC is set to begin its first season in the NWSL on Saturday, April 10, 2021 in Lynn Family Stadium. 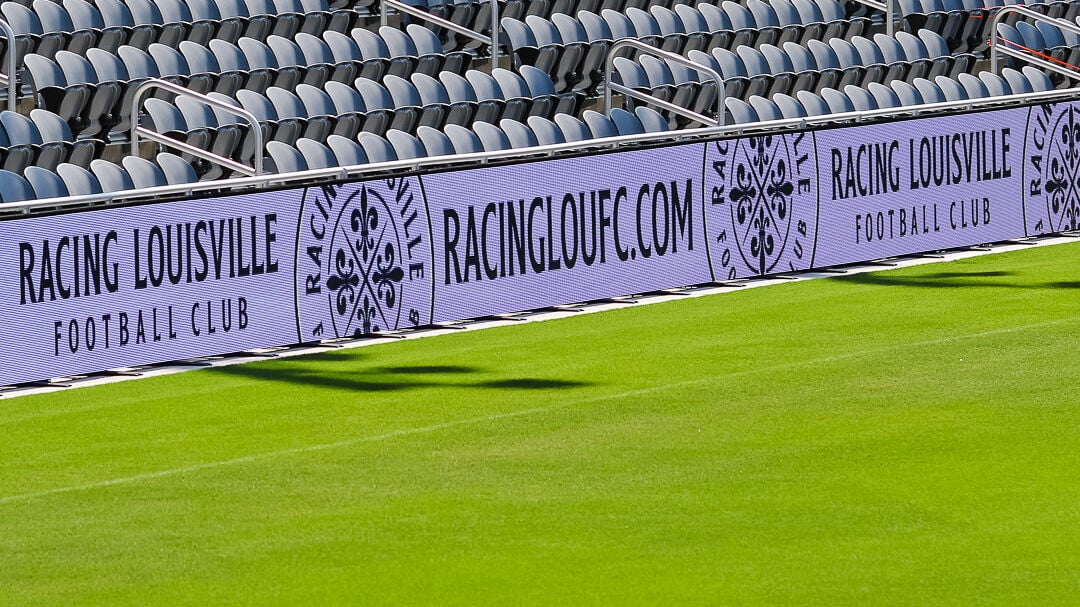 Racing Louisville FC is set to begin its first season in the NWSL on Saturday, April 10, 2021 in Lynn Family Stadium.

LOUISVILLE, Ky. (WDRB) -- In the age of COVID, every opening is a soft opening. Perhaps nowhere is that more true than for Racing Louisville Football Club, the National Women's Soccer League franchise that will play its inaugural game in the Challenge Cup against the Orlando Pride Saturday night at 7 in Lynn Family Stadium.

Pandemic restrictions will prevent a full house. Precautions have kept fans (and media) from many of the preseason preparations. And no doubt they have muffled a bit of the hype as the club begins Louisville's first true modern foray into the world of major professional sports.

But none of that changes this central fact: This is a big deal for the city of Louisville, for its sports landscape, and potentially its professional sports future.

Louisville is not like its surrounding neighbors. In many ways, Indianapolis and Nashville have outmaneuvered Louisville on the pro sports landscape, and Cincinnati started out ahead. But in its new NWSL franchise, Louisville has an opportunity -- a sport coming along at the right time, with the right message, at a time when fans are open to what it has to offer.

When it comes to soccer in the U.S., at the highest levels, the biggest names and voices are women. While the men's team has failed to make the Olympics for three straight cycles, the women are the epitome of excellence in the game. And what they say is right -- Americans love a winner.

For a city in need of a new narrative, a powerful emerging story in sports has arrived on its doorstep.

In Louisville in 2021, we get big-time, visible athletes on the ground floor. Lamar Jackson came to prominence here. So did Donovan Mitchell. We could compile a long list, but the fact is that they all are working and competing elsewhere, in bigger cities in major leagues.

That's not the case with this club. And it begins play in Louisville at an opportune time. The city has never been more ripe for women's sports success. It long has been the highest-rated media market for the NCAA men's basketball tournament. But last month, a women's game NCAA Elite Eight (Louisville vs. Stanford) drew a larger TV audience in this market than any of the four men's Elite Eight games. The Louisville women's basketball team ranks in the top five nationally in attendance annually for 11 straight seasons.

"I do believe that the public at large in our community doesn't quite know yet what we have," Brad Estes, Louisville City and Racing Louisville president, told SportBusiness.com. "I don't think that they fully appreciate the level of athlete that's going to be sitting in the dugout. That's on us from a marketing perspective to show them and convince them and we look forward to that challenge. We know [internally] how special it is … the ability to grow our city is something that is very special to me and to the rest of our group. We are inherently going to appreciate this more than most markets I believe so it's extremely exciting for us and we can't wait to get started."

The dynamics of sport are changing. Visibility isn't limited to network television contracts -- though they certainly help.

Forward Yuki Nagasato arrived in Louisville with 204,000 Twitter followers and a long international resume that includes a World Cup title and a goal against the U.S. in the 2015 World Cup.

Michelle Betos, named a captain on Thursday, was the NWSL goalkeeper of the year in 2015.

Savannah McCaskill, named team vice-captain on Thursday, said that starting from the ground up has been a rare and welcome opportunity. She was runner-up for NWSL rookie of the year in 2019, one year after making her debut for the U.S. National Team.

Top overall draft pick Emily Fox has four caps with the U.S. Women's National Team already. Emina Ekic was a standout at the University of Louisville and is set for her pro debut. They typify the core of the roster -- a collection of young players beginning their pro journeys or getting a first chance to make a real impact at the highest level.

More than that, the league will bring some of the world's top players to Louisville on the visiting rosters. The Pride will be without former FIFA World Player of the Year Alex Morgan, competing with the U.S. Women's National Team, on Saturday, but they will have Brazilian striker Marta, the all-time leading scorer in the World Cup, as well as defender Ali Krieger and goalkeeper Ashlyn Harris expected to play. A month ago, Krieger and Harris where chatting with Michelle Obama on her "On Becoming" podcast.

Louisville's club was built carefully. Soccer Holdings LLC, the Louisville ownership group, has what it believes is a successful formula -- strong grounding in the community, combined with a high-character team with top-flight leadership. What the club does behind the scenes, however, is just as important. The statement was sent right away in the quality of training facilities, which club organizers hope will be among the best in the women's game once completed.

The concept is simple: Do things the right way, and good things will happen.

Expansion seasons are rarely about winning games -- though this club hopes to be competitive right away. They are more about winning fans. In that effort, Racing Louisville is off to a flying start.

"Every time we play, we're setting history and leading a legacy, and we get to decide that," Betos said. "And that's something we've really taken upon ourselves, really invested in and really taken a big, big, big effort to make sure it is in line with who we are and who we want this club to be and what represents this city well. So I think every time we step out we're learning. We're growing but we're also establishing who we're going to be, and I think that's what we want to start to do on Saturday. We want to show this league what we're about."