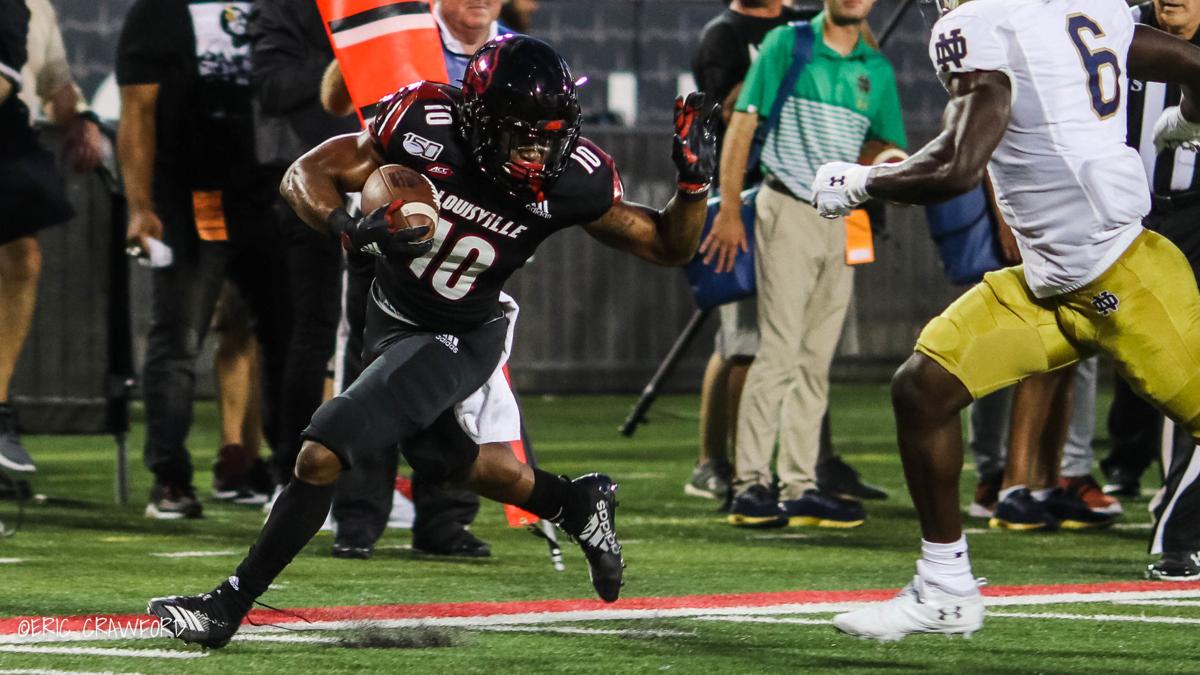 Javian Hawkins rushes inside the 10 during Louisville's season opening loss to Notre Dame. 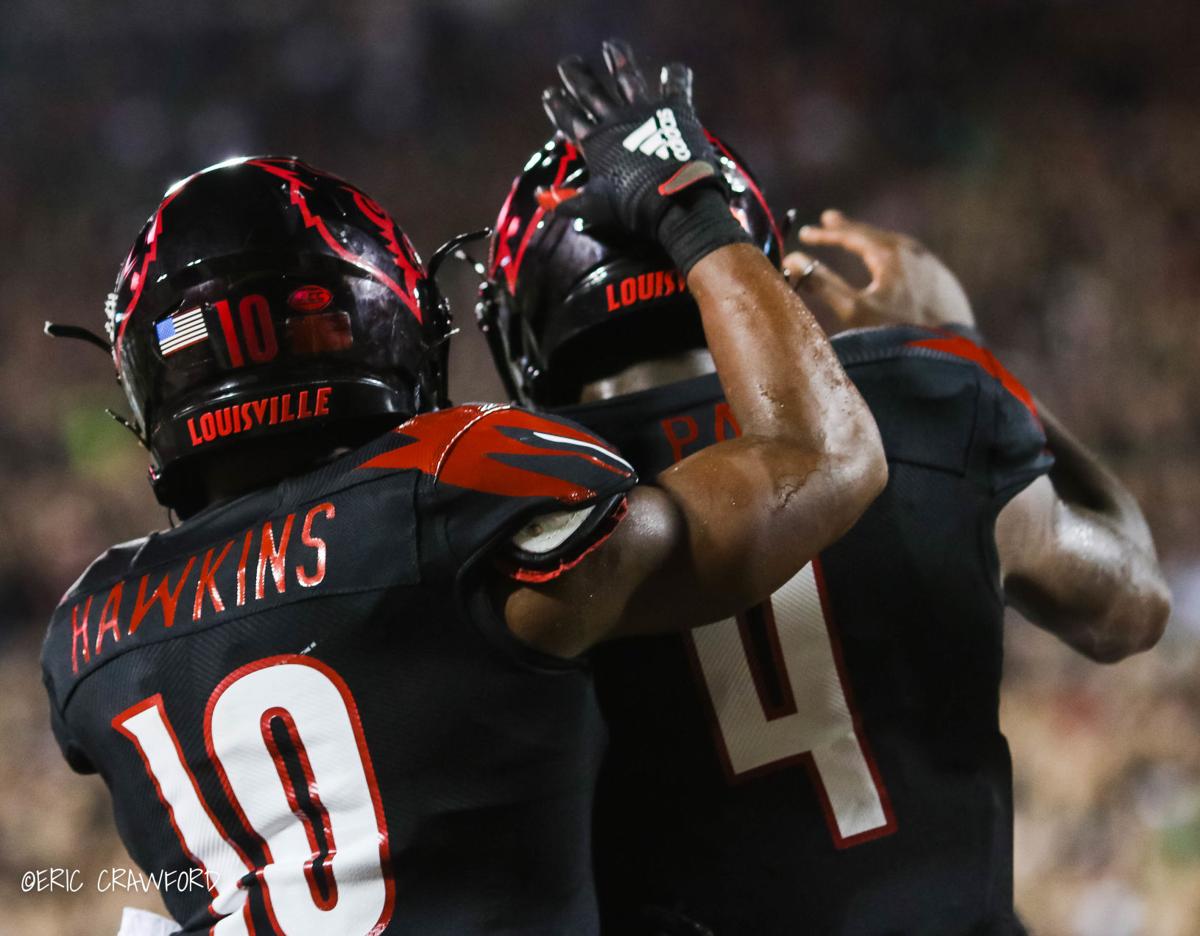 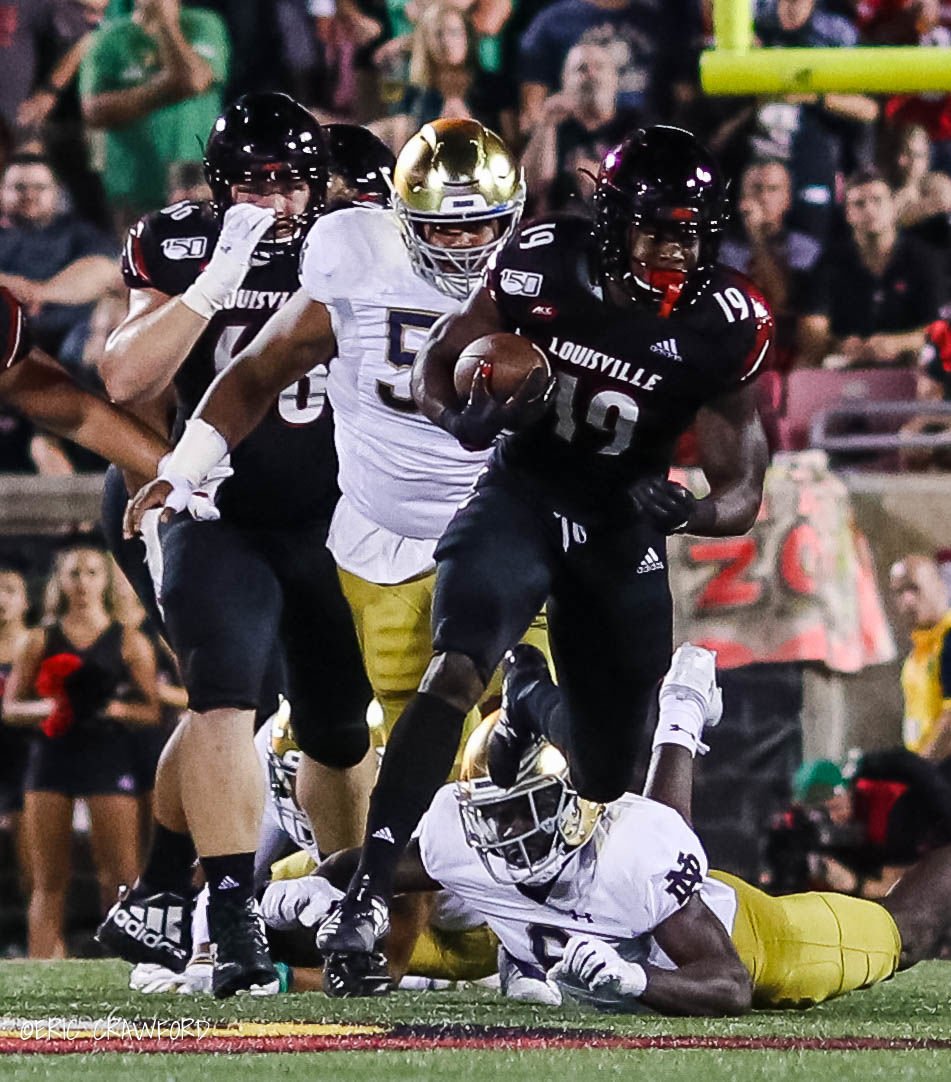 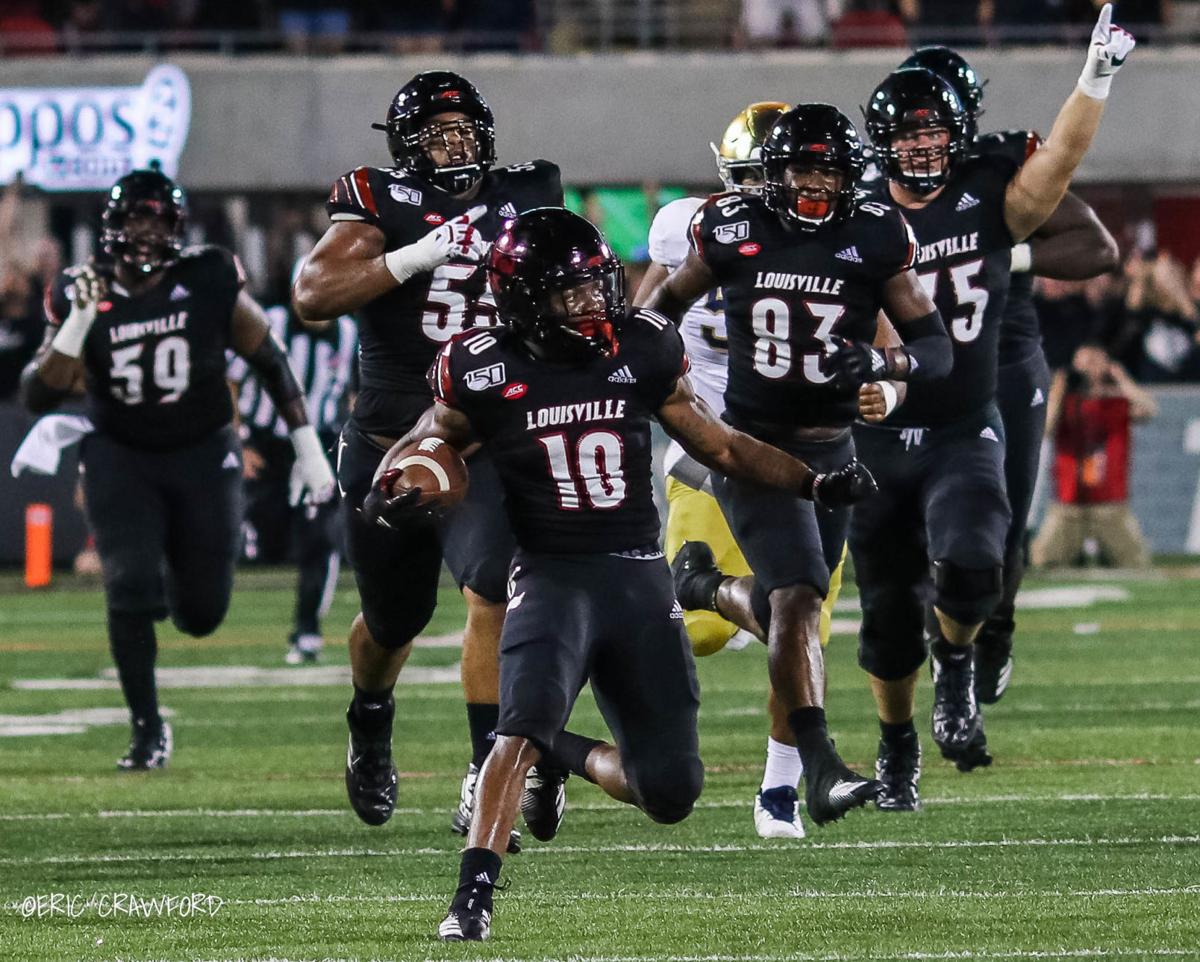 Javian Hawkins rushes inside the 10 during Louisville's season opening loss to Notre Dame.

LOUISVILLE, Ky. (WDRB) -- The University of Louisville football team has lost back-to-back games the Cardinals could — and probably should — have won.

What Scott Satterfield’s 1-3 squad needs to change the mojo of the 2020 season is to win a game the Cardinals are expected to lose. Louisville will play one of those games Saturday when they visit No. 4 Notre Dame.

The Irish and No. 23 Virginia Tech (Oct. 31) are the only remaining ranked opponents on the Louisville schedule.

Notre Dame has won 21 consecutive home games. Only Clemson (26 straight) has a longer current streak. When he previewed the game Monday, Satterfield talked like a coach as interested in his team playing mistake-free football as he was in trying to deliver an upset.

“We're trying to build off of what we are doing good and then trying to try to correct the mistakes that we have made,” Satterfield said.

“It can be very frustrating at times, there's no question about it for all of us. But we're working to get better, and that's what we have to do.

“I think when you have bad things happen to you, there's so many people, and we're in a whirlpool of negativity anyway, and so it's really easy just to jump on the negative and talk about how bad somebody is or maybe or they're doing or all those things.

“What we tell them is, ‘Listen, you got to drown out any kind of noise, any kind of negative talk that's out there.’ Then we focus on what we can control.”

More on the Louisville-Notre Dame matchup.

5. The Last Time: The Scott Satterfield Era opened at Louisville last season when the Irish won 35-17 at Cardinal Stadium. Reggie Bonnafon led the Cards to a 31-28 victory in South Bend in 2014, the only other meeting between the teams.

6. The Records: Louisville slipped to 1-3 when they lost at Georgia Tech, 46-27, last Friday. The Cards will return home to play Florida State on Oct. 24. Notre Dame improved to 3-0 by defeating the Seminoles, 42-26. Notre Dame had its game against Wake Forest Sept. 26 postponed because of novel coronavirus issues.

A year ago, Cunningham threw five interceptions in 179 attempts. This season, he has thrown five picks in 124 attempts.

Last season, Cunningham completed 62.6% of his throws. This season the number has slipped to 58.9%.

8. Player to Watch (Notre Dame): Halfback Kyren Williams ranks third in the ACC in rushing, averaging nearly 120 yards per game and 7.5 yards per carry. He’s had 14 runs of 10 yards or more.

Williams has been terrific on first down, carrying the ball 25 times in three games for 228 yards, an average of more than 9 yards per carry. Williams scored twice against Duke and two more times against Florida State.

9. Sideline Storylines: Notre Dame intends to pound the ball against the interior of the Louisville defense, because the Irish have pounded the ball against everybody this season. The Irish lead the ACC with a dozen rushing touchdowns and rank second in yards per game at 270. Three Notre Dame running backs average more than 7 yards per carry. With 10 games of 100-yard-or-more rushing, U of L halfback Javian Hawkins ranks tied for sixth with Michael Bush in the Cards’ record book. The next time Hawkins runs for 100 he will move into a tie for fourth with Frank Moreau and Lenny Lyles. Lamar Jackson is the school leader with 23 100-yard games. The Irish rely on four graduate transfers, including receiver Ben Skowronek (Northwestern) and safety Isaiah Pryor (Ohio State). Notre Dame quarterback Ian Book ranks sixth in the ACC is passer rating and has only thrown three TD passes because of the strong ND running game. Notre Dame assistant coach Lance Taylor, the run game coordinator, played the 2006 season with the Louisville Fire.

“They tend to overload the box and they’re going to commit extra players to the line of scrimmage. You have to be able to push the ball down the field. They’re very athletic. They’re not the biggest defense we’ll see this year, but they’re extremely athletic. They’ll move around.”