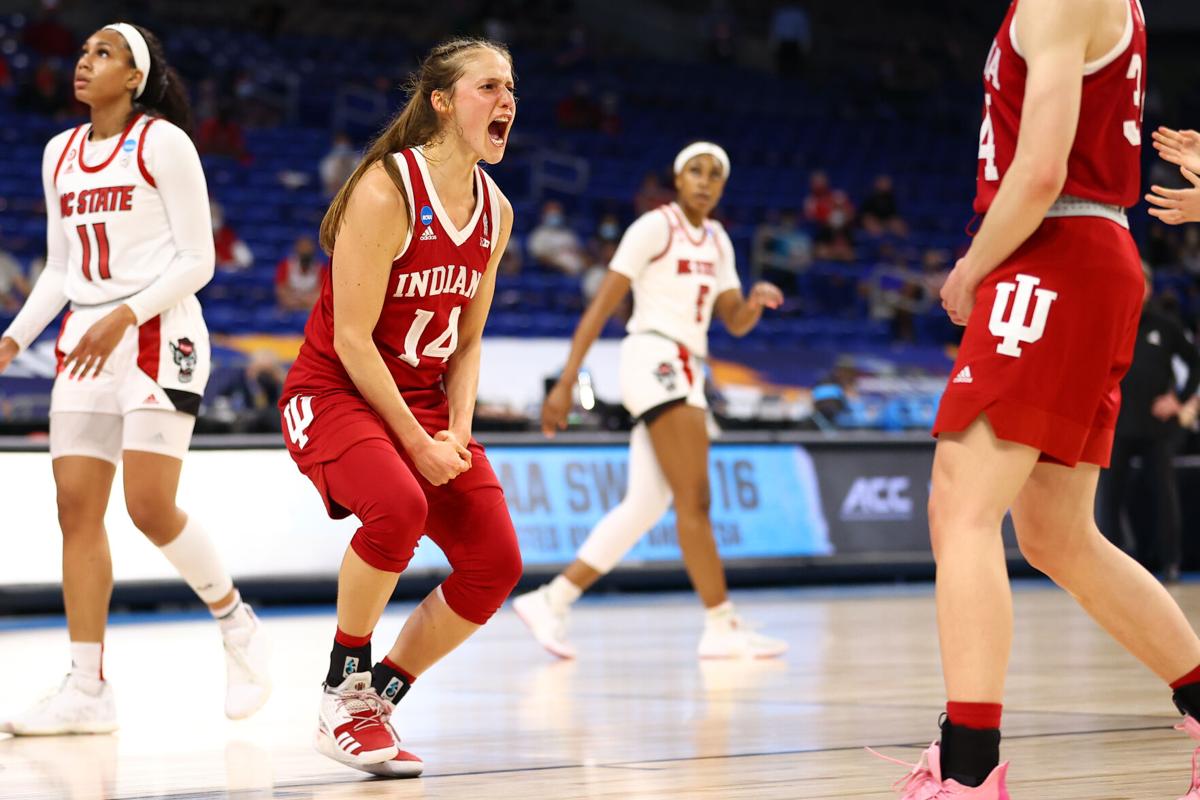 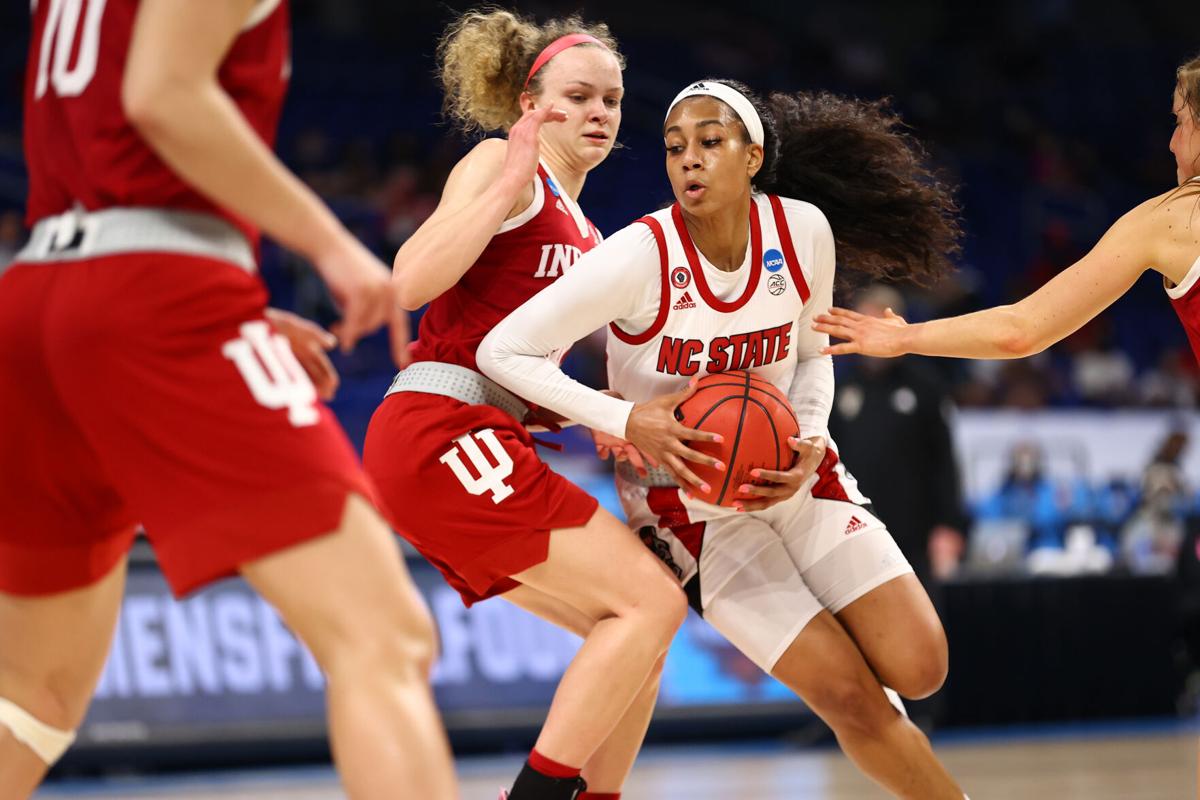 LOUISVILLE, Ky. (WDRB) — The most successful season in the history of the Indiana University women’s basketball program will extend at least two more days.

With five players in double figures and an unrelenting defense that forced 17 turnovers, the Hoosiers overcame an 11-point first quarter deficit and defeated top-seed North Carolina State, 73-70, in the semifinals of the Mercado Region of the NCAA Tournament Saturday night at the Alamodome in San Antonio.

"We're not going to back down from anybody," IU coach Teri Moren said. "I love this group and believe in this group."

Former Sacred Heart star Grace Berger had 12 points and a dozen rebounds. Senior guard Ali Patberg made a free throw with 11.3 seconds to go for the Hoosiers’ final point that preceded a missed 3-point shot by N.C. State's Elissa Cunane on the final possession.

Patberg grew up 45 minutes from Bloomington in Columbus, Indiana, where she starred at North High School. She regularly attended IU games at Simon Skjodt Assembly Hall. But they were men's games. Patberg signed with Notre Dame but transferred after two seasons that were filled with injuries and frustration.

Patberg teared up during her post-game media availability, while discussing the historic nature of the victory.

"This is a dream come true to play for Indiana," Patberg said. "I grew up down the road. I'm a Hoosier. I can't even express how much of a blessing this is."

Credit Patberg with a team high 17 points. Nicole Cardano-Hillary had 14 points and Aleksa Gulbe added 11. Center Mackenzie Holmes, the team's leading scorer for the season, had 16 points but fouled out with 3:24 to play and IU ahead, 68-60. A basket by Patberg increased the lead to 10.

But N.C. State, the conference tournament champions of the Atlantic Coast Conference, scored the next 8 points before Cardano-Hillary, a 50 percent free throw shooter, made 2 shots from the line with 21.1 seconds left.

"There's just a different toughness in our locker room," Patberg said. "We're here to win. They made their run and we answered ... we were going to be tougher. We were going to be grittier. I don't think they expected that."

IU improved to 21-5 while advancing to the Elite Eight for the first time in program history. IU will play Arizona at 9 p.m. Monday for a spot in the Final Four.

The first half was dictated by streaks. North Carolina State scored the first 7 points. Indiana responded with the next 9. Then the Wolfpack scored 11 in a row.

Indiana scored the final 6 points of the half to move ahead 34-33 at intermission. The Hoosiers feasted on 11 N.C. State turnovers.

Indiana pushed its lead out to 47-35 in the third quarter. The Hoosiers made their first six shots. Although the Hoosiers allowed the Wolfpack to shoot 50 percent for the game, they created issues for N.C. State with 10 steals, scoring 17 points off turnovers.

"We're not going to back down from anybody," Moren said. "We're built for this. You reap what you sow. We've been making deposits with our work every day."