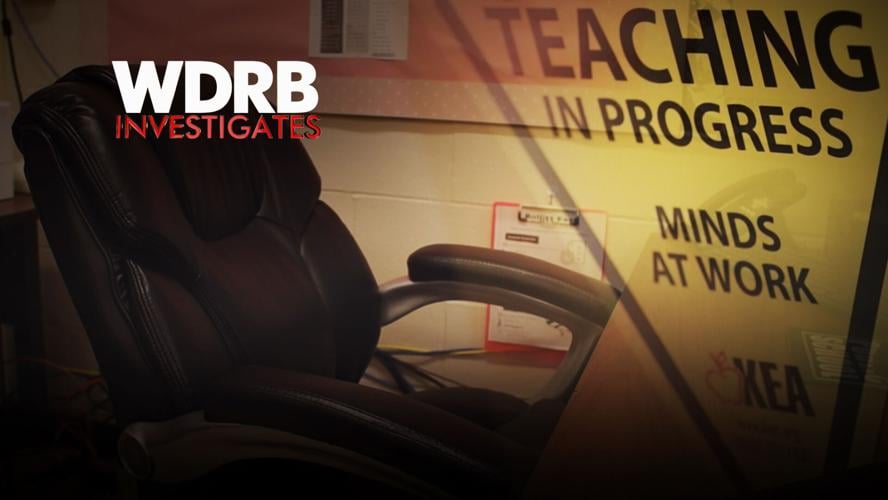 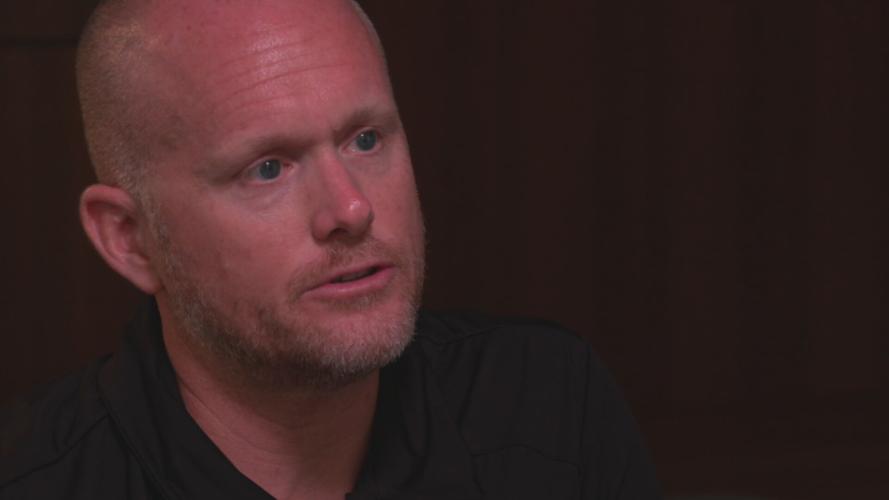 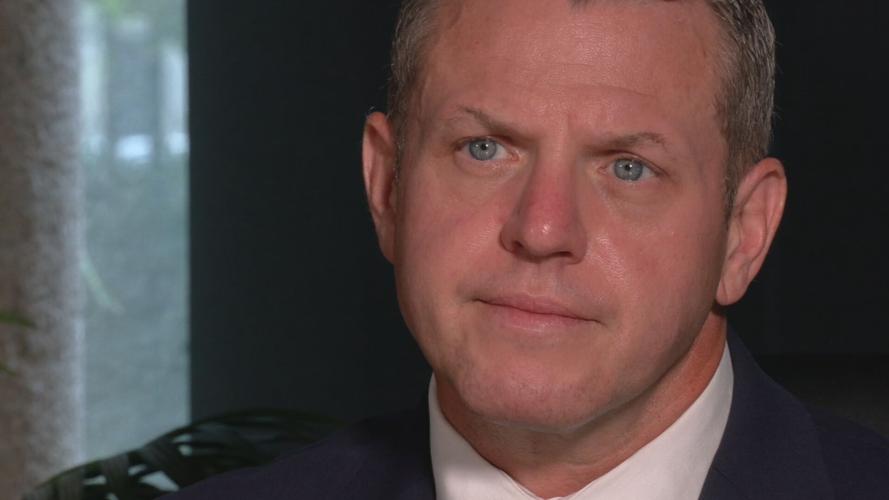 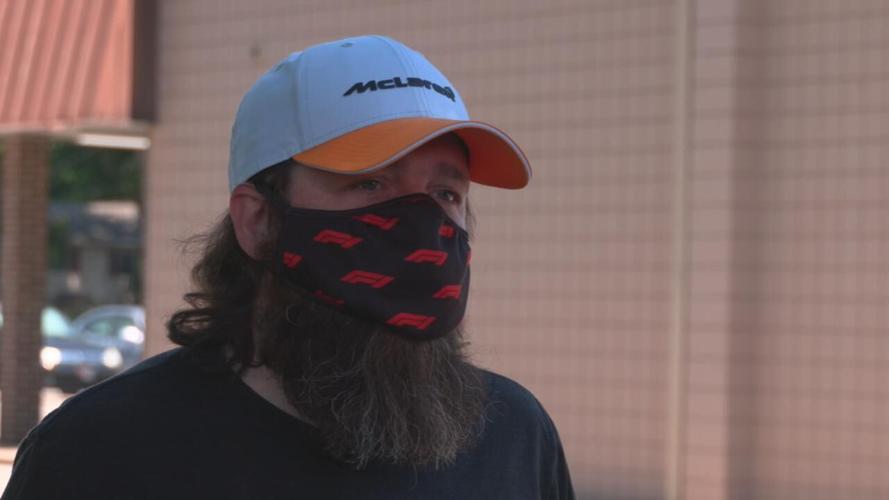 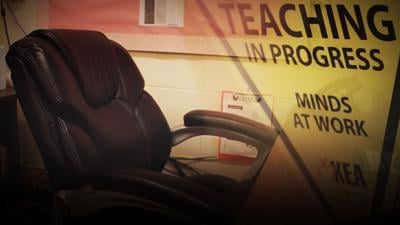 Kentucky's top educator calls the mass resignation of teachers a crisis in the classroom that threatens to lower the quality of education throughout the state.

LOUISVILLE, Ky. (WDRB) -- After serving in the U.S. Army for a decade, Marty Mohr thought he found a lifelong career teaching history at Newburg Middle School.

"I fully expected to do that job for the rest of my life," Mohr said.

But after about four years in Jefferson County Public Schools, the Army veteran who served on the front lines in Iraq resigned in December midway through the 2021-22 school year.

"For this whole school year, there wasn't a single day that I came home happy or in a good mood," Mohr said. "Like, I just felt drained and frustrated."

Mohr said student misbehavior issues and increasing workloads caused him to reconsider his career options before the school year concluded.

"Between the students' behavior in class and those extra demands, it felt like we were working a full-time job outside our full-time job," he said.

Mohr, who now works in sales, is among the hundreds of teachers leaving the profession locally and the hundreds of thousands exiting their classrooms across the U.S. The National Education Association, citing data from the U.S. Bureau of Labor Statistics, said there were 567,000 fewer teachers in classrooms nationwide in early 2022 compared to numbers before the COVID-19 pandemic.

A nationwide poll of 3,621 teachers commissioned by NEA in January found that 74% of respondents had to fill in for colleagues or handle other duties because of staff shortages and 80% reported that unfilled job openings had prompted more demanding workloads for educators who remained in classrooms.

Fifty-five percent of respondents said they planned to leave teaching sooner than planned because of the pandemic, up from 37% in August 2021, according to the survey.

Kentucky Education Commissioner Jason Glass warned lawmakers on the Interim Joint Committee on Education in June that the state risks losing most of its public educators, potentially worsening ongoing teacher shortage. Seventy-two percent of Kentucky teachers fall into what are considered high-risk categories for departures, such as those in their first five years in classrooms and those eligible for retirement, he said during the June 7 meeting.

"I think that we are at risk of — at scale — lowering the quality of the educators that we have working in our state and — at scale — at risk of having positions unfilled to the point that it causes school districts to eliminate programs or change learning experiences for students," Glass said in an interview with WDRB News. "So I would call those things crises and require urgent and diligent action."

"From a societal standpoint, we've heaped a lot of criticism and political vitriol toward the teaching profession that's making it harder to recruit people into teaching," he said. "And from a labor market perspective, college graduates have options and young people that have talent have options. ... When the state fails to keep up with inflation year after year after year, that has a corrosive effect on that initial salary and ongoing pay that educators look at."

Some Kentucky school districts are increasing pay for teachers in hopes of keeping them on staff.

JCPS and the Jefferson County Teachers Association reached an agreement in June, boosting pay for teachers in Kentucky's largest school district by 4% and offering them a $1,000 retention bonus for the 2022-23 school year. Additional, yearly stipends starting at $8,000 for educators who work in the district's "choice zone" in the updated student assignment plan and accelerated improvement schools begin in the 2023-24 school year, under the agreement.

JCTA President Brent McKim said Tuesday that the union hopes the increased pay helps reduce the district's ongoing teaching shortage, but other factors have pushed many to leave JCPS classrooms.

"The challenge with student behavior is probably the thing we heard the most more than anything else," he said.

Burnout is another prominent factor cited by educators who leave the district, he said.

"Our folks are concerned, because if we are short teachers, we're having to cover for one another, and people lost their planning periods and they can't plan and grade quality lessons like they would like to. And that actually accelerates teacher burnout," McKim said. "It can become a vicious circle, and we want to avoid having that happen."

"As kids went down the hallway, you had to be there, because stuff would happen in the hallway," the former Newburg Middle teacher said. "Just all of our time was being devoted to dealing with behavior issues. When you waste that much time, how effective can the teaching part of it really be?"

A previous WDRB News investigation found that while the number of JCPS student referrals for fighting dropped during the 2021-22 school year compared to pre-pandemic years, the district still doled out more than 20,000 referrals to students for fighting or striking other students and staff.

Thousands of JCPS students disciplined for fighting in 2021-22

Records obtained by WDRB News show Jefferson County Public Schools has doled out nearly 19,000 behavior referrals for fighting and nearly 1,400 for other acts of violence through the first 155 days of the 2021-22 school year in late April.

"We're seeing record levels of concern around stress, difficult working conditions and them saying that they're considering leaving the field," Glass said.

Bullitt County Public Schools Superintendent Jesse Bacon has about two dozen teaching vacancies to fill, ideally before classes start Aug. 10. Still, Bacon expects some positions will remain vacant on the opening day of the 2022-23 school year, and the district will need to take steps like finding full-time substitutes to staff classrooms.

"If they don't have a certified teacher in that classroom, it's going to be difficult for them to get the level of instruction they would get from someone who is trained," Bacon said.

The growth in emergency certifications while the traditional pipeline of graduates from postsecondary education programs shrinks should ring alarm bells, he said.

"Don't get me wrong: We're grateful to have those people working in our schools, because they're filling a critical need," Glass said. "But teaching is a calling. It's something that people are called into as a profession that requires a commitment to mastering the art and science of teaching," Glass said. ... When you're using an emergency certification, you're talking about a much lower standard. We're basically saying, 'Does someone have a college degree and are they not a criminal?'"

Kentucky's General Assembly passed a new law allowing colleges and universities to partner with school districts so undergraduate students can earn their bachelor's degrees and teaching certifications in three years while working in non-instructional roles.

The Kentucky Education Professional Standards Board passed an emergency administrative regulation for the new alternative certification program, called Option 9, on July 11. EPSB will need to approve plans developed with school districts, education cooperatives and education preparation providers before Option 9 programs can commence, according to KDE.

Approved programs must include a residency component to ensure students get work experience, have experienced teachers providing coaching and mentorship, and meet the needs of the partnering school districts, such as boosting the numbers of underrepresented populations on their staffs or getting more teachers certified in high-demand areas of instruction, according to the state.

Other programs are underway in Kentucky to help develop future teachers.

BCPS is among school districts that have received Grow-Your-Own grants from the Kentucky Department of Education in hopes of shoring up the shrinking pipeline of prospective teachers by identifying and nurturing high school students interested in education.

"My ultimate goal would be have our students graduate from high school, come work for us as an instructional assistant while completing their degree, and as soon as they finish their degree, move them into a classroom teacher role," Bacon said.

Others who have left the profession worry about what the future holds of teaching and learning in classrooms across Kentucky and the U.S.

"They're not going to get the education they need to get in order to be successful in the world," Mohr said.