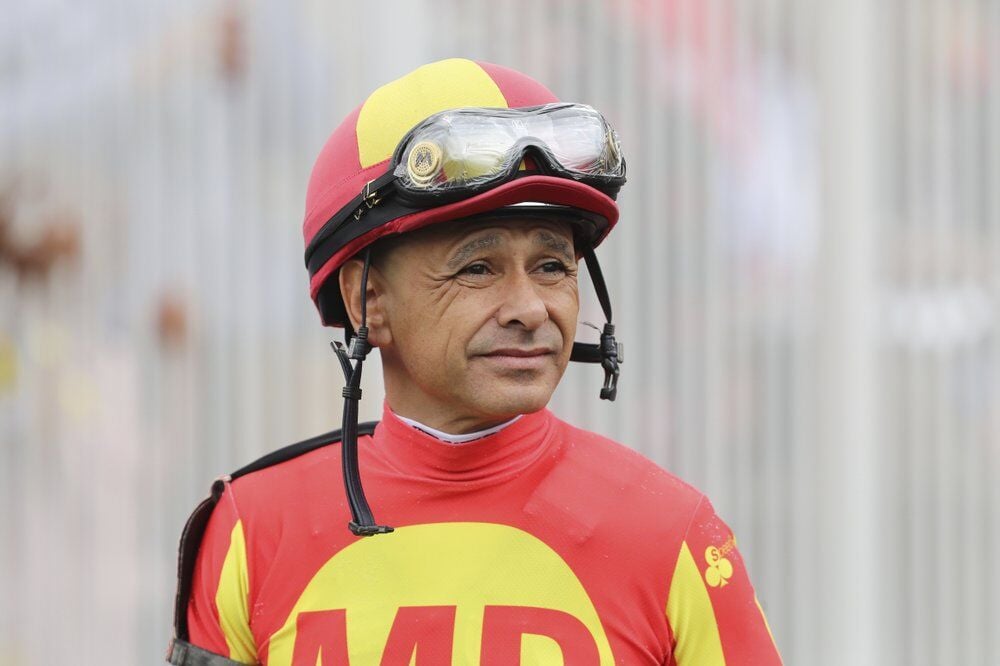 FILE- In this May 3, 2019, file photo, jockey Mike Smith looks on before a horse race at Churchill Downs in Louisville, Ky. Jockeys competing in the rescheduled 146th Kentucky Derby have to arrive five days ahead and then quarantine upon returning to their home tracks, just one of many changes forced by the coronavirus pandemic. (AP Photo/Gregory Payan, File) 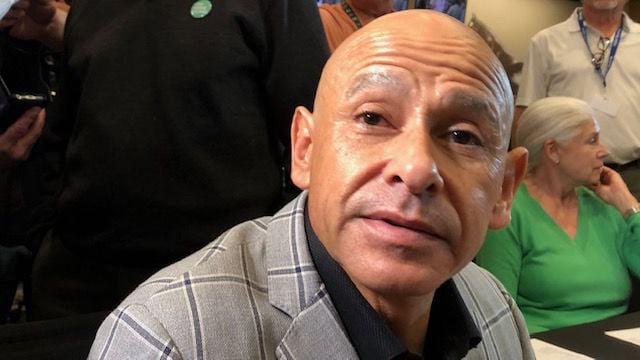 Mike Smith will be riding Honor A.P. in the 146th running of the Kentucky Derby on Saturday, Sept. 5. 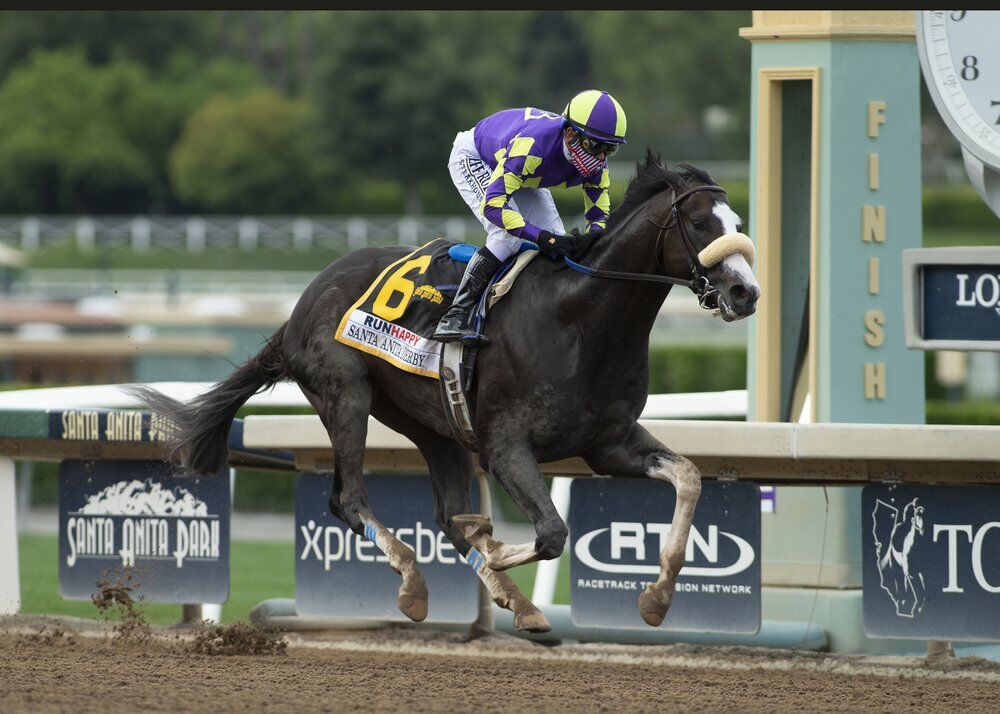 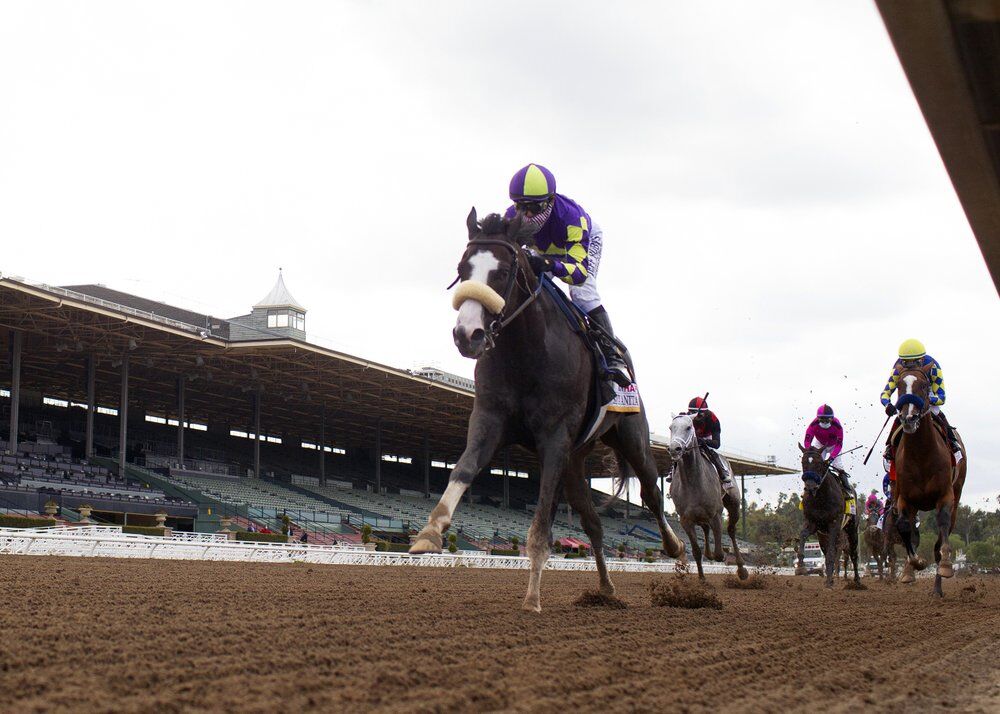 FILE- In this May 3, 2019, file photo, jockey Mike Smith looks on before a horse race at Churchill Downs in Louisville, Ky. Jockeys competing in the rescheduled 146th Kentucky Derby have to arrive five days ahead and then quarantine upon returning to their home tracks, just one of many changes forced by the coronavirus pandemic. (AP Photo/Gregory Payan, File)

Mike Smith will be riding Honor A.P. in the 146th running of the Kentucky Derby on Saturday, Sept. 5.

LOUISVILLE, Ky. (WDRB) — Pardon me for interrupting this Tiz the Law love fest.

I have settled on the colt, trainer and jockey that I am convinced is most likely to defeat the most overwhelming Kentucky Derby favorite (3-to-5) in three decades.

The horse is Honor A.P. The trainer is John Shirreffs. The jockey is Mike Smith.

The colt has dynamic bloodlines, which he showed winning the Santa Anita Derby. That explains why Honor A.P. is second choice, at 5-to-1, for the Derby on Saturday.

The trainer scored a mammoth Derby upset 15 years ago with Giacomo and developed Zenyatta into the 2010 Horse of the Year.

But Mike Smith is the X, Y and Z factor in Saturday’s race.

Smith is Tom Brady and Justin Verlander, the most tenacious, tested big-money, big-moment performer in the game.

Smith and Honor A.P. are the combo that Tiz the Law and his relatively untested jockey, Manny Franco (two badly beaten Derby mounts), should fear, especially with Smith in post position 15, one spot inside Franco on Saturday.

"I think every horse gets overlooked when you see one dominate the way (Tiz the Law) has," Smith said. "We’re hoping the mile and a quarter is going to be right up Honor A.P.’s alley. He should fire his 'A' race. You’ve just got to hope his 'A' race is good enough.

"I have a lot of confidence," Smith added. "I truly believe in his talent. I don’t think you’re going to start seeing the best of him until the first Saturday in May."

A pause — and then laughter from Smith.

No apology necessary. It’s been a confusing year for everybody. But, if any rider has earned billing on the first line under Tiz the Law for Derby 146, it’s Smith.

If Smith scores Saturday, he’ll become the oldest jockey (he turned 55 in August) to win the race. As soon as he leaves the starting gate, Smith will join his idol, Bill Shoemaker, as the only riders with 26 Derby mounts. Credit Smith with a pair of wins, four seconds and a third.

"Any time you’re blessed to be mentioned with Shoemaker in anything, whether it’s playing cards or riding horses, it’s an honor," Smith said. "I didn’t realize that until the other day and got goosebumps when I found out."

Smith arrived in Louisville from Los Angeles on Monday, remaining in his downtown hotel room — except for his daily two-hour workouts and evening dinner trips to the steak house owned by one of his sponsors, Jeff Ruby.

He passed a COVID-19 test Monday. A second was required Thursday. If he passes the second, he will be cleared for his first trip to Churchill Downs on Friday.

Smith won the Derby on a long shot, teaming with Shirreffs on Giacomo. He scored on a Triple Crown winner with Justify two years ago.

He’s also been beaten on four Derby favorites, including one (Holy Bull) who finished 12th in the Derby and then finished 1994 as Horse of the Year.

"All it takes is a little of this and a little of that, and the next thing you know somebody else has jumped up there and won," Smith said. "It can happen."

Smith will tell you that Tiz the Law is deserving of every paragraph and camera angle of hype the colt inspired by winning the Florida Derby, Belmont Stakes and Travers during this upside down racing season.

Smith will also tell you Honor A.P. has trained spectacularly the past month. After the colt won the Santa Anita Derby by 2 3/4 lengths June 6, Smith said that Shirreffs did not have him primed for his best effort in his last race. Honor A.P. was beaten by three-quarters of a length by Thousand Words on Aug. 1 at Del Mar.

Since then, Smith has handled more of the exercise riding with the colt. Shirreffs has encouraged more demanding workouts.

"We stepped it up, and he responded to it," Smith said. "His energy level is better. He should be fitter. The further the better. He always seems to just keep coming at you.

"He’s training like he was going into the Santa Anita Derby, if not better," Smith added. "We’re hoping to get the same response and the same results."

I asked the jockey if he and Shirreffs will settle on a prerace strategy of the smartest way to attack the favorite.

"Whatever it takes to get there first, if you need to," he added. "(Shirreffs) depends on me to do that. That’s why he hired me."