Skip to main content
You are the owner of this article.
Edit Article Add New Article
You have permission to edit this article.
Edit
Home
News
Weather
Sports
Morning
Community
CONNECT
JOBS
WDRB Investigates
1 of 6 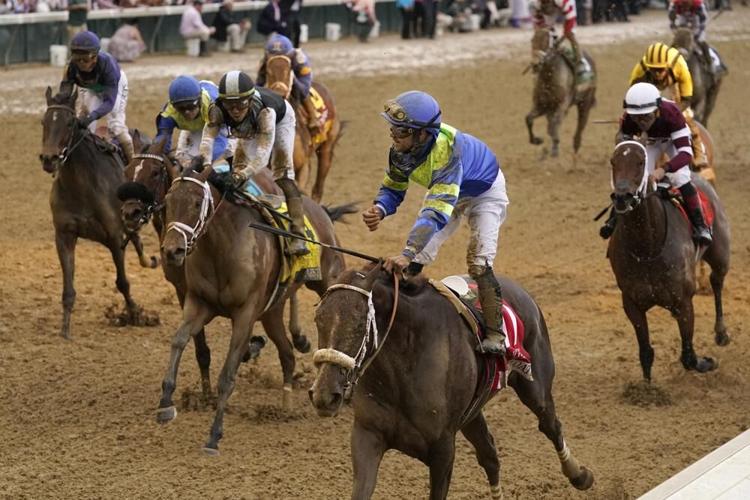 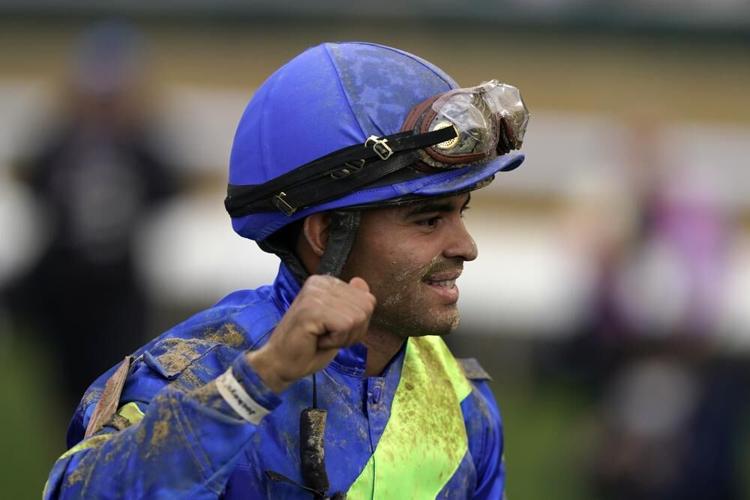 Luis Saez celebrates after riding Secret Oath to victory in the 148th running of the Kentucky Oaks horse race at Churchill Downs Friday, May 6, 2022, in Louisville, Ky. (AP Photo/Brynn Anderson) 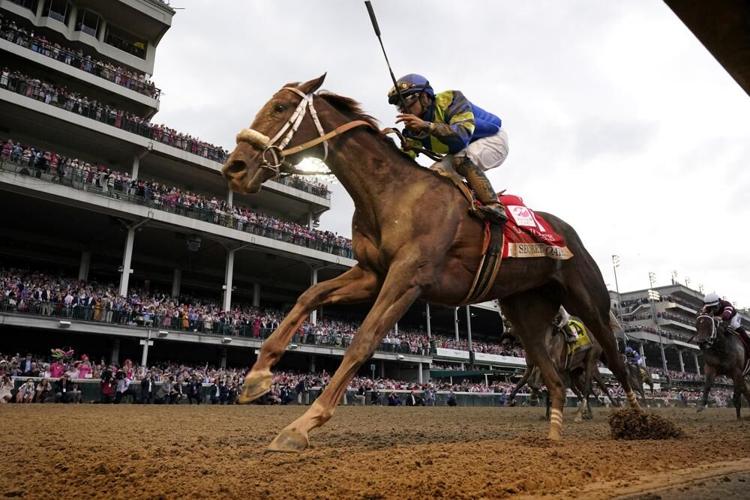 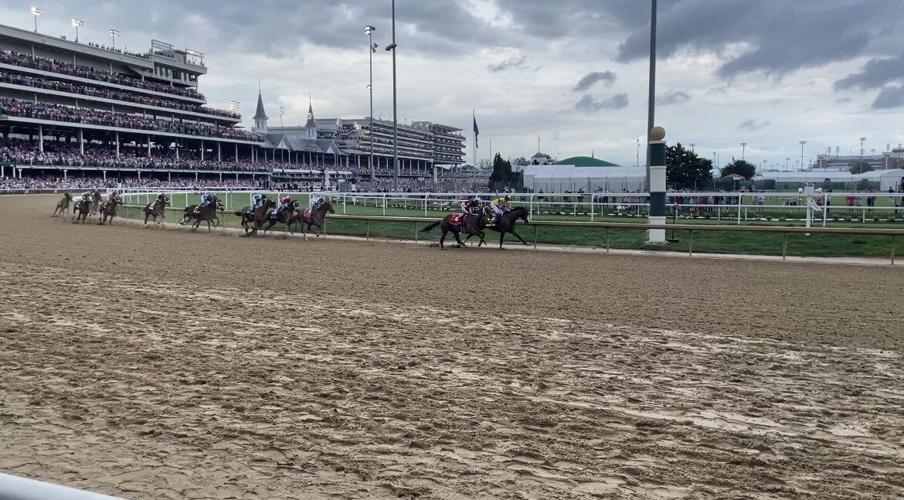 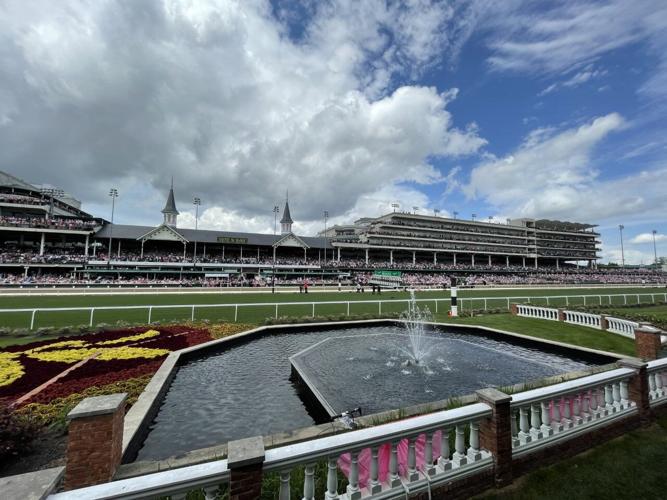 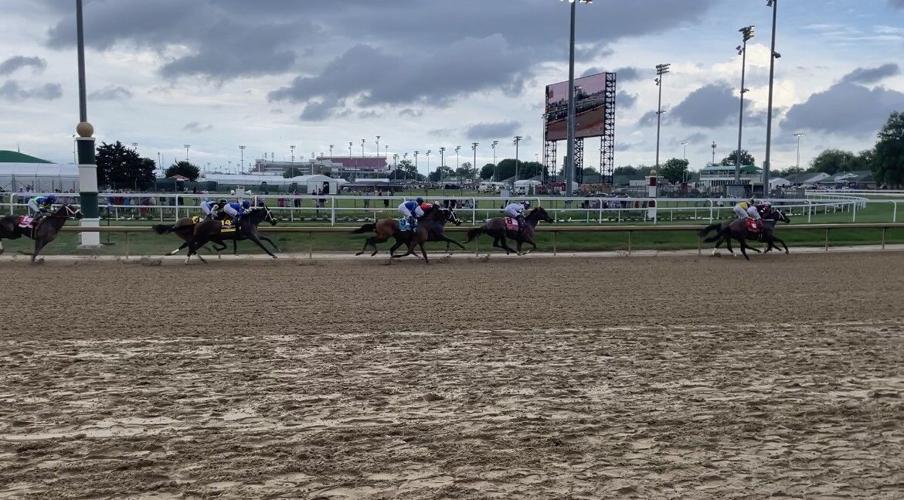 Luis Saez celebrates after riding Secret Oath to victory in the 148th running of the Kentucky Oaks horse race at Churchill Downs Friday, May 6, 2022, in Louisville, Ky. (AP Photo/Brynn Anderson)

LOUISVILLE, Ky. (WDRB) -- This one will go directly into the record book: Secret Oath won the 148th Kentucky Oaks on Friday at Churchill Downs trained by D. Wayne Lukas, finishing the mile and one-eighth race in 1:49.44.

Ridden by jockey Luis Saez, Secret Oath made a powerful push from the outside, taking the lead near the eighth pole. It was a record-tying fifth Oaks win for Lukas.

Now 86 years old, Lukas had not won the Oaks since 1990. Lukas lost his Kentucky Derby entry when Ethereal Road was scratched on Friday.

"At this time it my life, it's really gratifying," Lukas said. "I love the big ones. Those are the ones we play for."

The filly was bred by its owners, Stacy and Rob Mitchell of Lexington, Ky., who paid $1 for their first broodmare when they entered horse racing more than two decades ago.

It's the first Kentucky Oaks win for Saez. He was the jockey lost his Kentucky Derby victory in 2019 after his mount, Maximum Security, was disqualified because of a move the colt made in the stretch.

The filly took an unconventional path to the Oaks. Her last race was April 2 was against colts in the Arkansas Derby. She finished third, 2 3/4 lengths behind Cyberknife, who will run in Kentucky Derby 148 Saturday.

After the race, Rob Mitchell was asked if he will run Secret Oath against the colts in the Preakness May 21 in Baltimore, Maryland. Mitchell said he was undecided on that move and would decide after he and Lukas evaluate the filly next week.

"We're going to do what's best for the horse," he said.

Saez said he fell in love with the filly when he drove from Lexington to work her at Churchill Downs. "She just blew my mind," he said.

Here are the payouts for the race:

Nest — trained by Todd Pletcher — went off as a 2-1 favorite, followed by Secret Oath and trainer Shug McGaughey's Kathleen O as 4-1 and Steve Asmussen's Echo Zulu at 7-2.

Secret Oath benefited from a swift pace that NBC Sports analyst Jerry Bailey, a Hall of Fame jockey, described as "toxic." Echo Zulu and Yuugirl set the early fractions of 22:45 for the opening furlong and 46.51 for the half mile.

Saez took the filly five wide in the turn for home. She pulled even with Nest with about an eight-of-a-mile to run and then surged away for a 2-length victory. The win improved her career record to six wins and a pair of third-place finishes in nine starts.

It was another legendary moment for Lukas, who won his first Oaks 40 years ago with Blush With Pride His other Oaks winners were Lucky Lucky Lucky (1984), Open Mind (1989) and Seaside Attraction (1990). Lukas also won the first of his four Kentucky Derbies with a filly when Winning Colors scored in 1988. Woody Stephens, Lukas' primary rival in the Eighties, also won the Oaks five times.

Earlier Friday, the sun broke through a slight drizzle as a healthy early crowd streamed in wearing smiles as bright as their colorful attire. But it didn't last.

A few brief rain showers moved over the track in the afternoon, but for the most part, the sun shined bright on the old Kentucky home. One thing is for sure: It didn't seem to affect the crowd sizes. It was the first full-scale Oaks day in three years, and Churchill Downs felt like it.