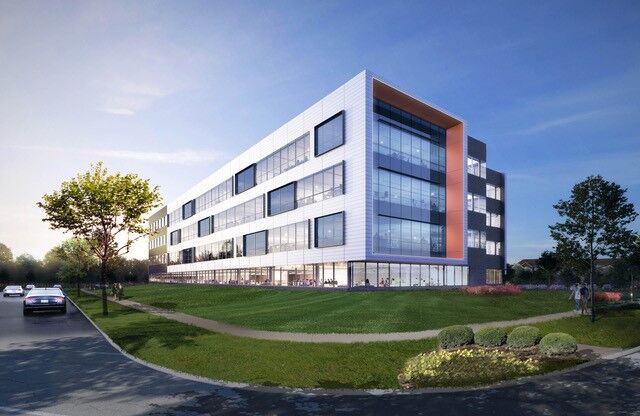 The planned 435 building at the ShelbyHurst office park. Rendering by FIFTEEN Architecture + Design. 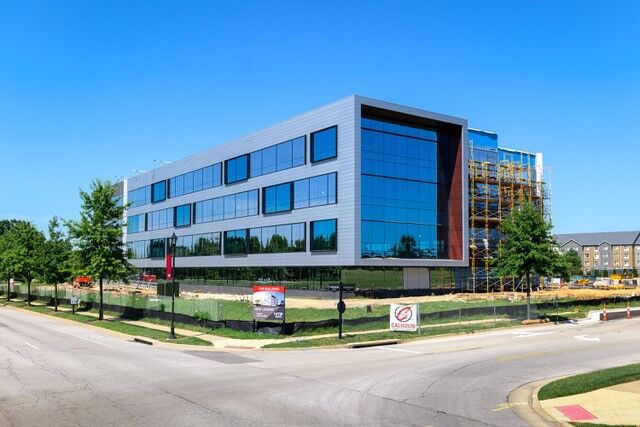 The under-construction 435 building at the ShelbyHurst office park. (provided by NTS Development Co.)

The planned 435 building at the ShelbyHurst office park. Rendering by FIFTEEN Architecture + Design.

The under-construction 435 building at the ShelbyHurst office park. (provided by NTS Development Co.)

The firm will move about 100 employees from the 14th floor of PNC Plaza to the ShelbyHurst building in January, becoming the anchor tenant of the office park’s fifth building.

David Bundy, Dean Dorton’s Lexington-based CEO, said in a phone interview Thursday that the move was prompted business factors such as obtaining a larger, but still contiguous, space for employees and getting closer to some accounting clients.

“We’re growing a lot … Pre-Covid(-19), we were completely full in downtown Louisville,” Bundy said. “This building offered a lot of square footage on one floor… The reality of it was, the need to expand and the opportunity this space presented.”

Bundy said the vast majority of the firm’s employees are working remotely, and they’ve had to close the downtown office a few times in recent months for safety concerns, as PNC Plaza is “ground zero” for racial-justice protests that erupted over the deaths of Breonna Taylor, George Floyd and other African-Americans at the hands of police.

But he said the state of downtown – with protests, business closures and boarded-up storefronts – is temporary and played no role in the company’s move.

“We believe it will all come back to a more normal downtown that we all appreciate and enjoy,” Bundy said. “… That did not factor in because we think that’s short-term. The move and the lease is long-term.”

Bundy added that Dean Dorton could re-establish a downtown presence in three or four years if it keeps growing at the current pace.

The 435 Building is the fifth suburban office building at ShelbyHurst, which is sits on the University of Louisville’s Shelby Campus.

The first three buildings are co-owned by the U of L Foundation and the office park developer, NTS Development Co. The latest two are owned entirely by NTS through a ground-lease with the foundation.

The park’s other buildings include tenants such as Churchill Downs, BrightSpring Health Services and Steel Technologies.

The 435 building should be complete by the end of the year, said Tony Fluhr, senior vice president at NTS, in a statement.

As for other tenants of the new building, “NTS is currently in discussions with multiple companies at varying stages of the leasing process and I expect more announcements soon,” he said.